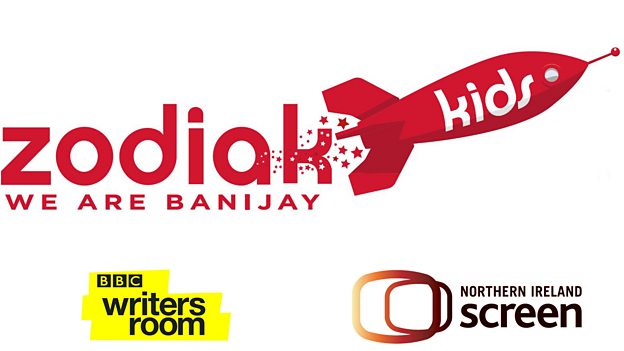 In partnership with BBC Writersroom and NI Screen, Zodiak Kids Studios is looking for the most exciting writers with a strong connection to Northern Ireland to develop an original Children’s comedy television series, with a particular focus on CBBC.

Banijay Group’s Zodiak Kids Studios is an international production company which is one of the key creators of Children’s content across all genres.  We have been making award-winning live-action comedy/drama series in Northern Ireland for over six years:  our shows include Dani’s Castle, Millie Inbetween, Secret Life of Boys and Joe all Alone – all for CBBC; and The Lodge for Disney.

With an established production base in Northern Ireland, Zodiak Kids Studios is looking to find the next generation of potential  Children’s comedy / comedy-drama writers.

With support from BBC Writersroom and NI Screen, up to six new writers to this genre will have an opportunity to be paid to develop an original series idea; two writers will subsequently be selected to win a pilot script commission.

WHAT WE ARE LOOKING FOR

We are looking for new and established writers, even those who may not have written for Children’s television before, to submit:

We are looking for authentic Northern Irish voices in the story that will appeal to a CBBC audience. Comedy will be key – even in a more dramatic idea or storyline.  We should be able to get a sense of the original characters, the locality, flair for visual comedy and tone of the story within the pitch document and spec.

WHAT ARE WE LOOKING FOR FROM YOUR WRITING SAMPLE AND ORIGINAL IDEA?

Your sample script should be the best showcase of your writing talent. This script does not have to be related to the original series that you want to pitch if selected, but ideally has tonal similarities to your series idea. Not only are we looking for sound writing craft, we want you to write with your own unique voice and to give us something that we haven’t seen before.

Your sample MUST be properly formatted. Please consult the Medium and Format page for further information if necessary.

For the series idea, we’re looking for contemporary stories that reflect the world we are living in today and set on the island of Ireland. You decide the premise and the story and characters; but your idea should either be set in – or suitable to be filmed in – Northern Ireland, should be suitable for a CBBC audience and in keeping with the channel’s wider content in its tone.

This opportunity is open to writers who can represent the culture of Northern Ireland with authenticity (for example you may be from, or have lived or worked in Northern Ireland).  Writers must be able to demonstrate a clear understanding of the ethos and diverse characters of Northern Ireland and be confident that they can deliver authentic dialogue and relevant Northern Irish stories in a fresh and original way.

Applicants must be available for interview and workshop if selected on the dates stated. Any writers not able to attend on the selected dates may forfeit their place.

The window for submissions opens on Monday 19th August 2019 and closes at 12 noon on Monday 23rd September 2019. Submissions must be made via the online submission system.

Script submissions will be read anonymously, i.e. without a name attached, until the longlist phase. Please ensure that you have removed your name, address and any other identifying information from your script.

No late submissions will be accepted.

Please ensure that you read the full terms and conditions of entry, prior to submission.

SUBMIT YOUR ENTRY HERE VIA OUR E-SUBMISSIONS SYSTEM