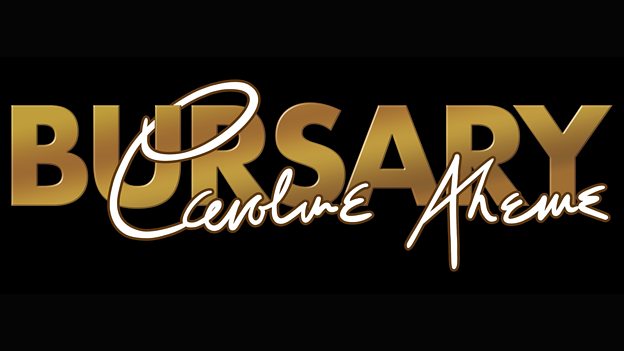 BBC Comedy Commissioning in partnership with BBC Writersroom and BBC North are delighted to announce the Caroline Aherne Bursary 2019. The inaugural bursary scheme in the memory of the late Caroline Aherne was launched in 2017 at the Salford Sitcom Showcase. Aimed at writer/performers, the bursary will award £5000 to the successful applicant to enable them to fund future development, alongside the guidance of an experienced BBC commissioning editor.

“Winning the Caroline Aherne Bursary has opened up so many doors and put me on the map not only as a stand up, but as a comedy writer and actress as well. I’ve met some amazing people, worked on some incredible TV and radio projects and I'm now developing my own sitcom script! It’s a brilliant scheme that honours Caroline and truly supports new talent."

“The bursary has given me experiences, opportunities and confidence in my work which just would not have existed without it. I've had the chance to meet some of the top dogs in the industry and am thrilled to be working on my very own sitcom as well as popping up on other projects. It's crazy to think I nearly didn't send the application, it's been a life changing year and I implore everyone eligible to crack on and apply! “

"We’re incredibly proud of the success of the Caroline Aherne Bursary so far. In the last two years, Amy and Sophie have seen their profiles and experience growing at a fantastic rate. Amy has a sitcom script in the works and Sophie is already in production with a pilot. The Caroline Aherne Bursary is an extraordinary way to boost a career in comedy and a fitting tribute to someone whose legacy audiences treasure.”

What are we looking for?

In the spirit of Caroline’s work we are on the lookout for the next generation of comedy writer-performers. We want to find, develop and support great comedy talent who have the ability to speak to the whole nation. If you can invent characters and worlds that make us laugh out loud and can tease an audience to come back for more, then we want to hear from you! We’re looking for writer-performers who reflect modern Britain with voices that have not yet been heard; original comedy talent that’s just bursting to get on our screens.

What's in it for you?

You will need to submit a link to filmed content of up to two minutes of performance – this could be footage of a comedy character(s) or another performance of your choice.

We are not looking for high production values! The content can be filmed on a mobile phone as we’ll be judging this purely on the quality of the writing and performance.

If you have a great idea for an original sitcom or short form idea then we’d also like you to submit a synopsis (1 page maximum).

Please submit your entry via the BBC Writersroom E-submission system

Find out more about Sophie Willan and Amy Gledhill, the first two winners of the Caroline Aherne Bursary