Some lovely examples of crepuscular rays were photographed by Weather Watchers on Wednesday morning.

Crepuscular rays are beams of sunlight which pass through gaps in the clouds. Particles in the air such as dust and smoke make the rays more visible.

The sunbeams appear to fan outwards but are actually near parallel. They can be seen during sunrise and sunset as this is when the contrast between light and dark is most obvious; the word crepuscular comes from the Latin 'crepusculum' meaning twilight. 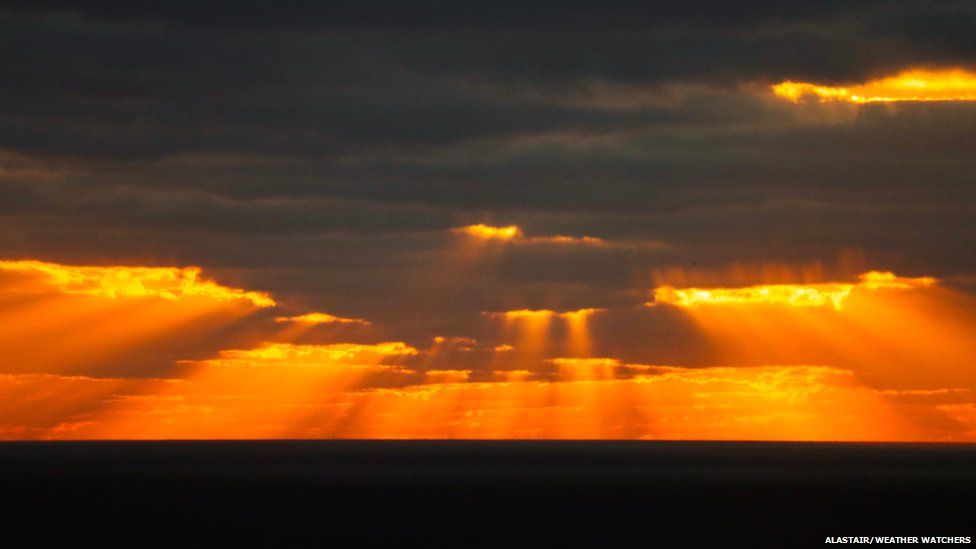 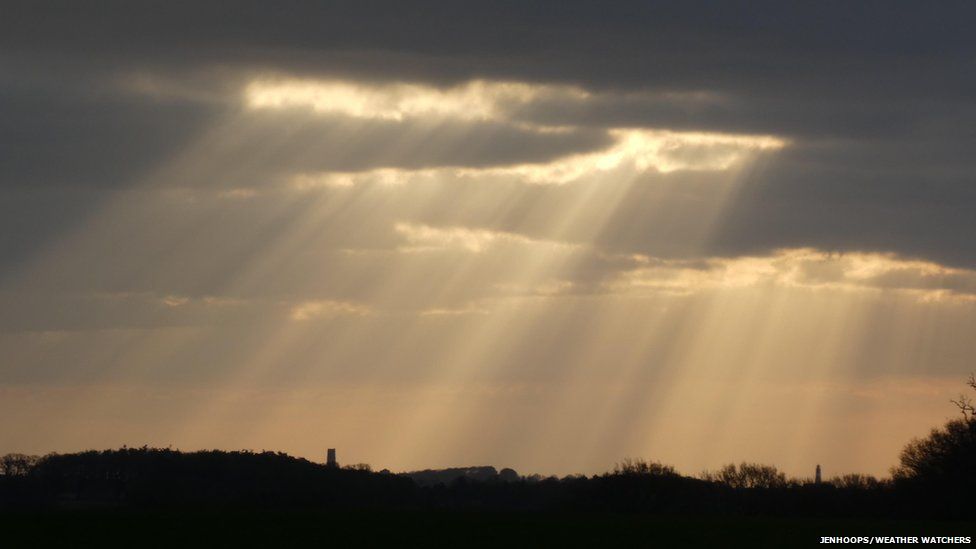 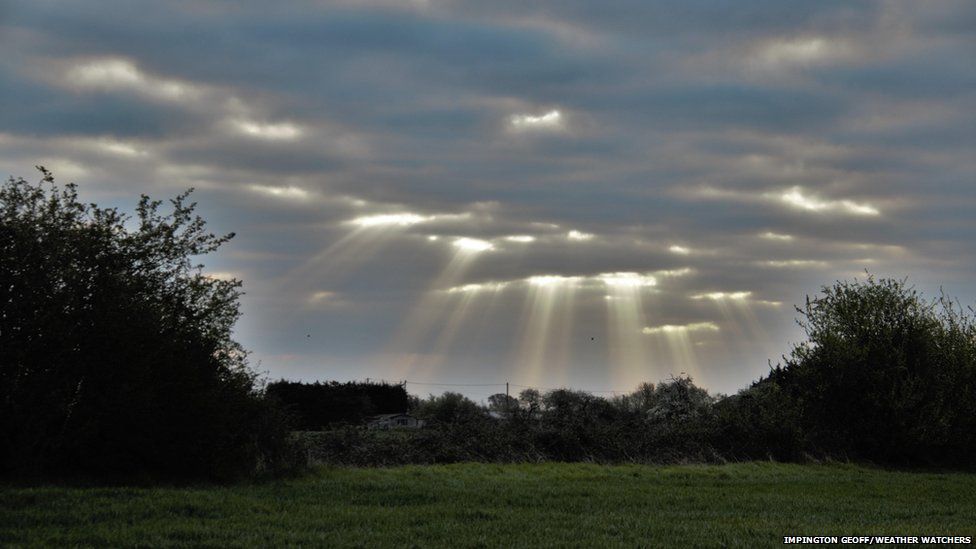 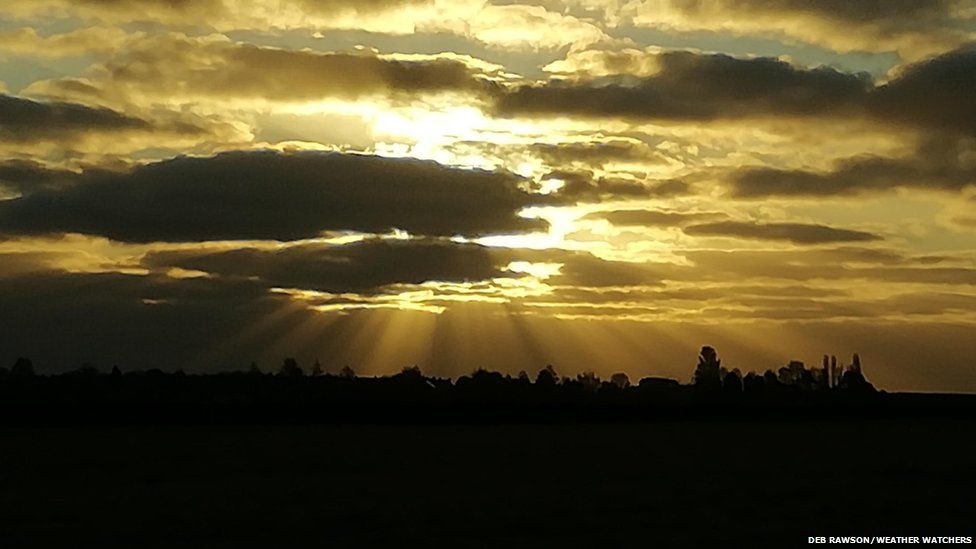 Image caption Morning light fans out over Conisbrough in Doncaster. Photo by Deb 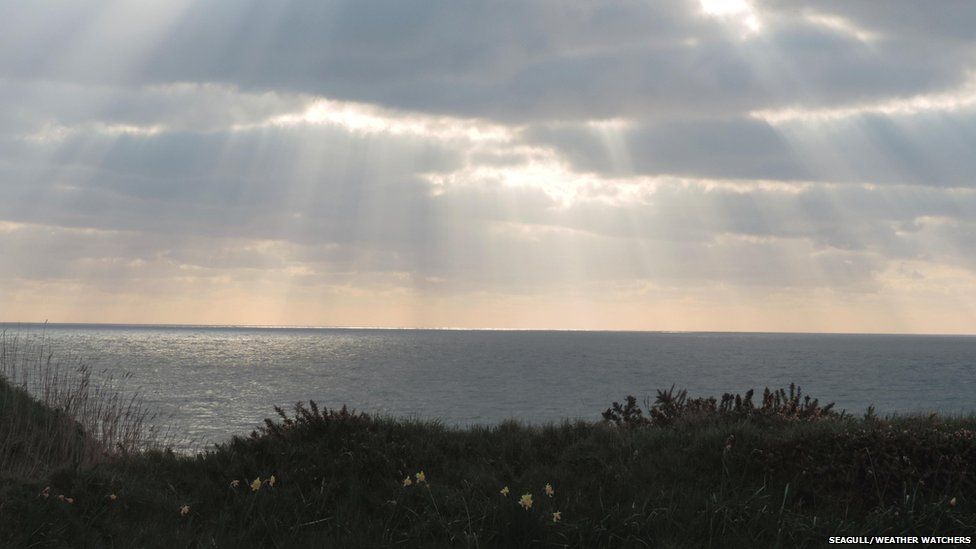 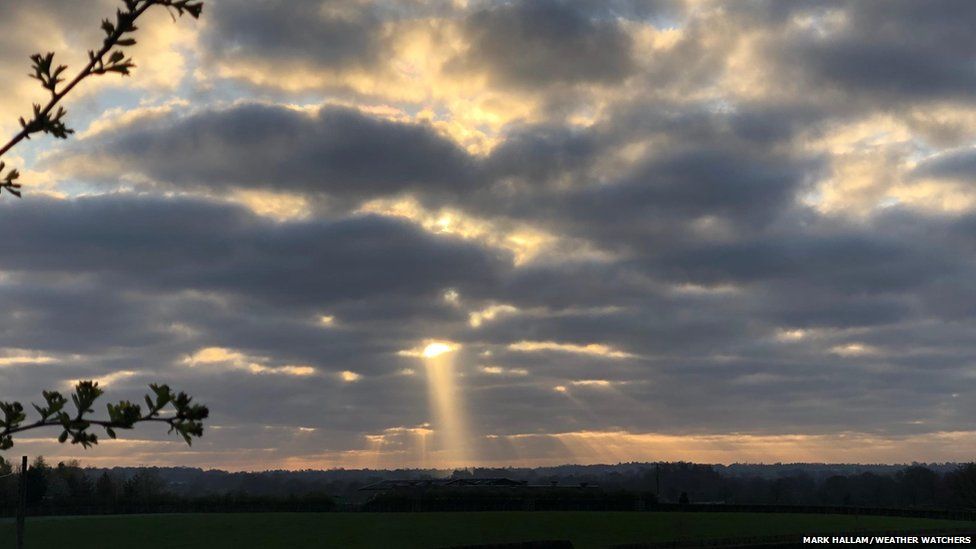 Image caption Thanks to Mark for posting this shot, taken in Church Broughton, Derbyshire 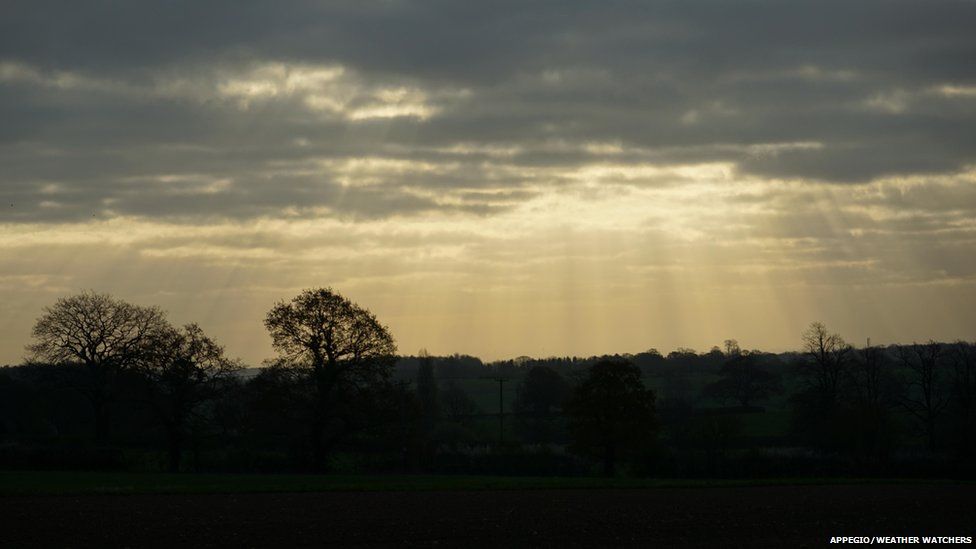 Image caption It was an ethereal start to the day in Diseworth, Leicestershire. Photo by appegio