Clear nights and plunging temperatures can deposit a thick frost by daybreak. However, the dreaded winter morning ritual of scraping the frost from your car windscreen can be a pleasant surprise on some occasions. 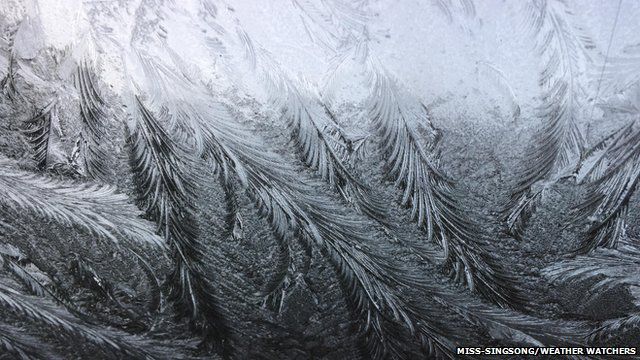 For frost to form, the temperature of the surface must be below freezing. But what causes pretty, leaf-like patterns to form, as opposed to just a sheet of frost?

The patterns are the result of very tiny imperfections in the glass, such as scratches, specks of dust and salt, or the residue from washer fluid. These variations in the surface affect the way that the ice crystals form and branch out, forming the beautiful patterns captured in some of the images here. 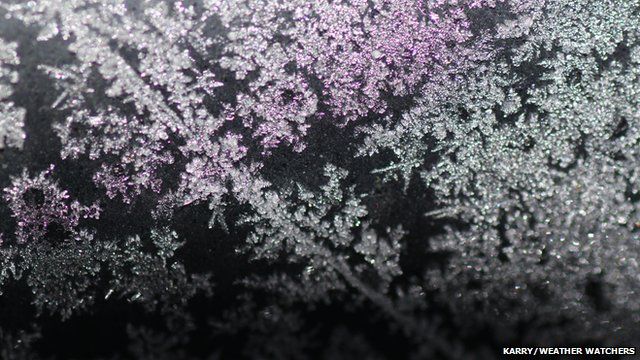 Other types of frost that form on cold winter nights include a hoar frost. A hoar frost forms in a similar process to that of dew; the difference being that ice crystals are deposited, as opposed to water, because the temperature of the surface is below freezing.

Hoar frosts most commonly attach themselves to the branches of trees, leaves and grasses, but can also be seen on objects such as gates and flowerpots. Sometimes the deposits can be so thick that it may even look like a dusting of snow has fallen, creating a typical winter wonderland day. 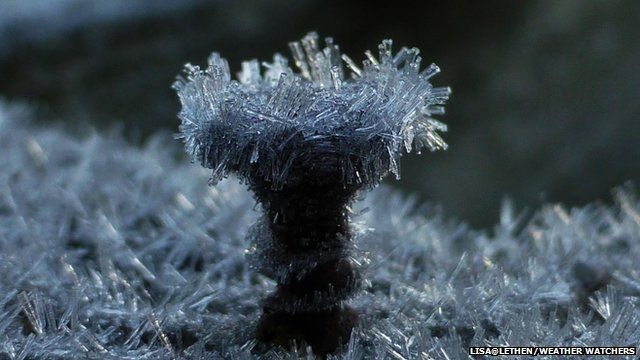 A thick frost can also sometimes be confused with rime. Rime is a coating of ice that forms quickly in very cold and wet conditions.

The white ice that forms is a result of super-cooled water droplets freezing on the edge of surfaces, such as on trees, radio masts and even on parts of ships travelling through the cold, polar regions. Rime builds up most quickly when the air holds a lot of super-cooled water and when the winds are strong - as might happen for example on rocky outcrops on mountain tops. 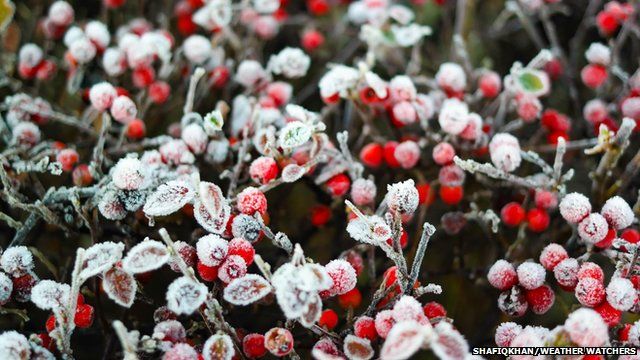 To touch, rime feels rough and can be quite dense and build up to great thicknesses if cold and windy conditions have persisted for a long periods of time.

The Royal Meteorological Society is the BBC's academic partner for Weather Watchers, providing educational content, all with the aim of helping you understand the weather and fully engage with Weather Watchers. Click here for more resources.