These dramatic clouds are the newest cloud type to be recognised in more than half a century and were spotted over Snowdonia last weekend. 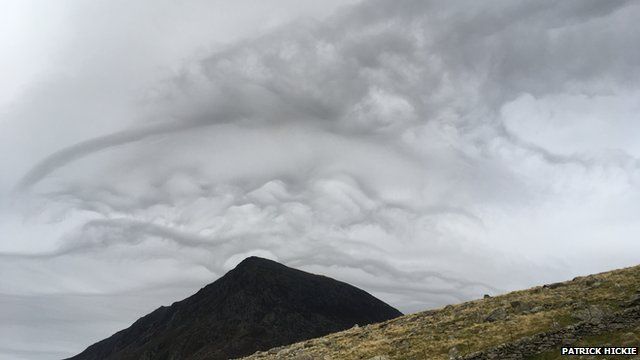 Asperitas formations are incredibly rare and look like rough sea waves in the sky. The base of these clouds is usually between 4,000 and 10,000ft (1-3km) and as with all cloud names, they are derived from Latin, with aspero meaning "roughness". At first glance, they may appear to fall into the undulatus clouds category - however, they are more chaotic and have less horizontal structure than undulatus. 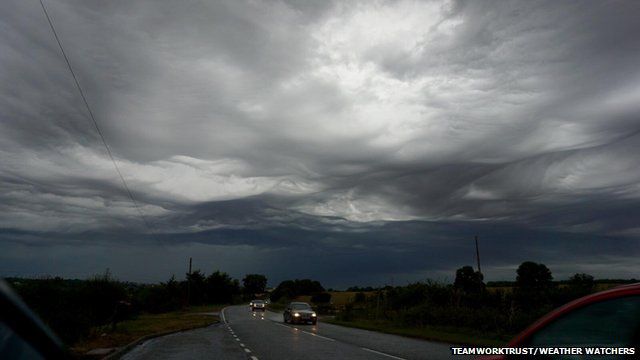 Although unstable atmospheric conditions are required, it is unknown exactly how the wave-like pattern that define asperitas forms. One explanation is that the sightings are associated with convective thunderstorms. Another theory suggests that they were mammatus clouds that began to descend, and then a change in wind direction with height caused the wavy patterns.

In terms of the weather associated with asperitas clouds, they do not produce any precipitation, but the state of the atmosphere when these clouds are present could allow other precipitation-producing clouds to form. They have been linked to thunderstorms occurring afterwards.

Asperitas will be added to the 2017 International Cloud Atlas; the first new cloud type since 1951
Chloe Moore
Royal Meteorological Society

Although asperitas are not new to the sky, but officially recognising them as their own cloud type is just in the process of being accepted. Back in 2006, The Cloud Appreciation Society suggested that asperitas clouds were labelled as their own cloud type after receiving photographs from around the world that they felt just didn't fit within the existing cloud types. The World Meteorological Organization (WMO) has now accepted this proposal, and asperitas will be added to the 2017 International Cloud Atlas; the first new cloud type since 1951, when cirrus intortus was accepted. 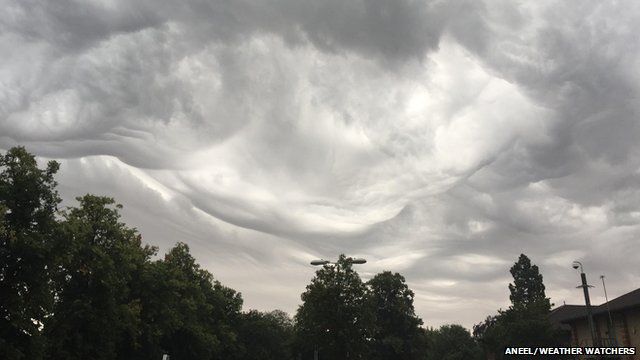 The clouds were observed at around 1600 GMT on Sunday 13 November over the Ogwen Valley in the Snowdonia National Park in Wales. The photograph was captured on an smartphone. No filters or other enhancement techniques have been used to alter the photograph - this was exactly as taken, although the photographer has added the photo doesn't quite do the clouds justice!

The Royal Meteorological Society is the BBC's academic partner for Weather Watchers, providing educational content, all with the aim of helping you understand the weather and fully engage with Weather Watchers. Click here for more resources.