Not of an age, but for all time

Shakespeare is England’s most celebrated dramatist and poet. His works have been translated into 80 languages, including Star Trek’s Klingon. He helped shape the English we use today, introducing up to 300 words and dozens of well-known phrases.

His plays are known around the world for their universal themes and insight into the human condition. Yet much about the playwright is a mystery. Historians don’t know his date of birth, where he was educated or how he spent seven years of his life.

There is no record of Shakespeare’s birth, but his christening is recorded. It was usual for christenings to take place on the third day after birth.

He was born during the reign of Queen Elizabeth I, who had recently converted England to Protestantism. Shakespeare’s parents had been Catholics, and the tension between the new and old religions can be seen in much of his work. William’s father, John Shakespeare, was a member of the borough council of Stratford-upon-Avon. William was the third of eight children, though his two elder siblings did not survive childhood.

Details of Shakespeare’s schooling are unknown. It is likely that he began his education at the age of six or seven.

As his father was now a bailiff, young William probably attended the local grammar school. Its curriculum emphasised Greek classics and pupils also learned plays in Latin. Religious education was also important, and Shakespeare drew on these sources in his later work with classical and religious allusions. Shakespeare probably attended school until about age 15. There is no record of him going to university.

Marriage and the lost years

Shakespeare married the 26-year-old Anne Hathaway, in 1582 when he was 18. She was already three months pregnant with their first child.

The baptisms of his three children are the last record of him for seven years, known as his lost years. At some point Shakespeare went to London, leaving his family in Stratford, and established himself as a playwright and actor. Some claim he worked as a teacher, an apprentice butcher or a lawyer’s clerk. A century later his first biographer suggested he fled to London to escape punishment for deer poaching. However, no records have been found of his activities in these years.

The next known record of Shakespeare appears after he was already a playwright in London. It's a review – and not a positive one.

Playwright Robert Greene called Shakespeare an "upstart crow”, accusing him of reaching above his rank compared with university-educated writers such as Christopher Marlowe and Greene himself. Drama in Elizabethan theatre shifted from the religious to the secular and companies of players formed to entertain the public under the patronage of noblemen. Shakespeare belonged to the Lord Chamberlain’s Men. He is thought to have written the three parts of Henry VI and Richard III by this point.

William is thought to have revived his father’s lapsed application for a family coat of arms in 1596.

Scholars suggest the application showed he was now a successful businessman as much as a talented playwright. In 1602 he had to defend his title against accusations that “Shakespeare ye player” did not merit the honour of a coat of arms. By this time Shakespeare's company had performed Romeo and Juliet, Richard II and a Midsummer Night’s Dream.

Shakespeare is credited on his own work

In 1598, Love's Labour's Lost was Shakespeare's first work published with his name on the title page, suggesting it was now a selling point.

That year the author Francis Meres singled him out from a group of English writers as "the most excellent" in both comedy and tragedy. His work attracted royal attention; he acted in several performances before Queen Elizabeth I. Some academics suggest that his history plays were supportive of Elizabeth’s claim to the throne. Others suggest Richard II criticised her as it describes the overthrowing of a monarch.

Shakespeare’s plays made him both famous and wealthy. By now he was a shareholder in the Lord Chamberlain’s Men.

The group built their own theatre called the Globe, and Shakespeare owned a 12.5% stake. This made him even wealthier. He invested in property in Stratford and London, and records of his purchases survive. In 1597 he bought the second biggest house in Stratford for his family, as well as 107 acres of farmland and a cottage. Later, he bought property to let in London, showing his business acumen.

After Elizabeth I died, Shakespeare’s company was awarded a royal patent by King James I (VI of Scotland), and became the King’s Men.

The Two Noble Kinsmen was possibly the last play Shakespeare worked on. He wrote it with a collaborator, John Fletcher.

In the previous decade he had written his late romances - Cymbeline, The Winter's Tale and The Tempest. These plays are graver in tone than the comedies of the 1590s but less so than the tragedies, as they end with reconciliation and forgiveness for potentially tragic actions. This change of mood may simply reflect the theatrical fashion of the day, but it could also be evidence Shakespeare had developed a more temperate view of life as he aged.

There are no contemporary accounts of Shakespeare’s death, though he made his will a month before he died, in which he says he is in “perfect health”.

Fifty years later the vicar of Stratford-upon-Avon wrote that Shakespeare died of a fever contracted after a “merry meeting” where he “drank too hard.” His will contains some insight into his property. For unknown reasons, he left his wife his “second best bed”. He was buried in Stratford and his grave featured a stone-carved bag of grain to represent his family’s traditional occupation.

Seven years after he died, a collection of Shakespeare’s writing was published. This was by far the most complete version of his work.

It was compiled by his friends John Heminge and Henry Condell. It contained 36 plays, including 18 never before printed. A few are missing, including Cardenio. Many of them had appeared as quartos: flimsy books made from folded paper, which the First Folio described as "stol'n and surreptitious copies." This was possibly to encourage purchase of the collected volume. Around 750 copies were printed of which 233 are known to have survived. In 2006 a copy of the First Folio sold for £2.8m.

The Globe shut down and demolished by Puritans

The Puritans – a powerful group of protestant Christians who had gained power - outlawed plays and theatres in 1642.

Two years later, the Globe was demolished. Anyone caught performing a play was seized and whipped and anyone caught attending a play was fined. The work of Shakespeare – and his contemporaries – was no longer performed in public. It wasn’t until the Restoration of Charles II in 1660 that plays were legalised again.

Samuel Johnson quoted Shakespeare’s work thousands of times in his English dictionary, published in 1755. He noted Shakespeare coined or introduced thousands of words and phrases into the English language. In 1769, Shakespeare’s life was celebrated in a jubilee organised by actor David Garrick. It was a hugely anticipated event, with the papers reporting all aspects of it during the preparation. Shakespeare had become famous, though no Shakespeare plays were performed at the Jubilee due to rain.

Shakespeare and the Empire

In the 19th Century, Shakespeare became an important emblem of national pride, used to spread the influence of British imperial power.

Taught in schools across the Empire, Shakespeare's work helped to imbue a sense of cultural patriotism in the Empire’s subjects. In 1841 Thomas Carlyle described him as a “real, marketable, tangibly useful possession.” Post-colonial literary critics have argued this was a way the British Empire tried to subordinate the cultures of the countries it occupied. Shakespeare continues to be exported, adapted and translated, across the world.

With the emergence of film, Shakespeare’s plays could be explored in new ways. The first Shakespeare film was made in 1899.

The film was a simple photographic record of a small part of a production of King John. Decades later came the first film masterpieces of Shakespeare, including Laurence Olivier’s Henry V, Hamlet and Richard III. Later films, such as Akira Kurosawa's Throne of Blood (1957) and Baz Luhrmann’s Romeo + Juliet (1996) were more experimental. With over 400 film adaptations, the Guinness Book of Records lists Shakespeare as the most filmed author.

The Royal Shakespeare Company (RSC) was chartered in Stratford-upon-Avon and operated out of the 30-year-old Shakespeare Memorial Theatre.

The first director of the company, Peter Hall, wanted to offer both traditional and innovative performances of Shakespeare. Royal support carried on the tradition of patronage from Shakespeare’s lifetime. The RSC innovates with touring workshops and experimental productions, including puppetry. Stratford itself benefits from its connection with the Company and Shakespeare's legacy, receiving nearly five million tourists a year.

The original Globe theatre that Shakespeare part-owned was built on the Thames in 1599, a few hundred metres from the site of the new Globe.

The new theatre, Shakespeare’s Globe, was opened in 1997 by Queen Elizabeth II, after years of fund-raising and research. It was built with reference to historical documents and archaeological evidence from the original. Like the original it sits on the riverside, though the Thames is significantly narrower than it was in Elizabethan times. In 2014, the Globe sold 368,000 tickets for its productions, proof that Shakespeare’s plays remain big business.

The prestige of his plays and casting of star actors reflects this. But Shakespeare may have been forgotten if his work hadn't been compiled by two fellow actors and friends, or if Garrick hadn't produced the Shakespeare Jubilee. Once in the public consciousness, the universal appeal of Shakespeare's works ensured they would be remembered. Today they hold vast cultural and financial value and his plays and sonnets are still enjoyed throughout the world. 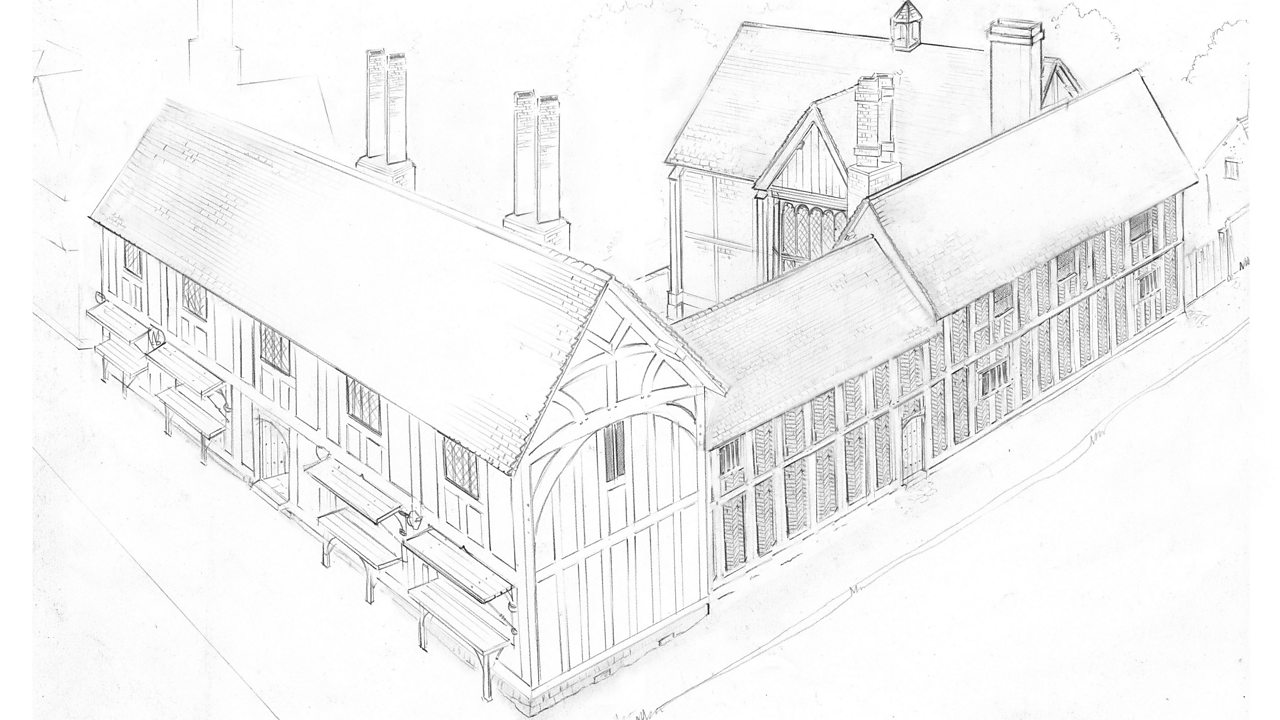 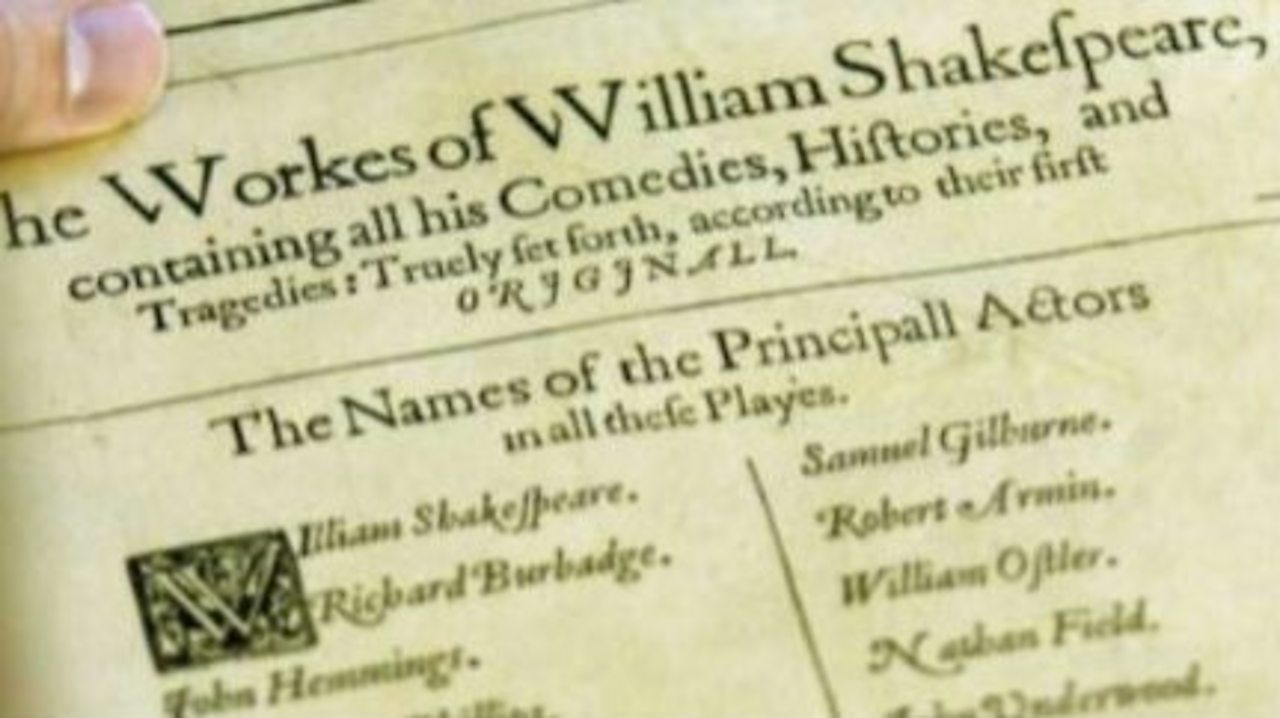 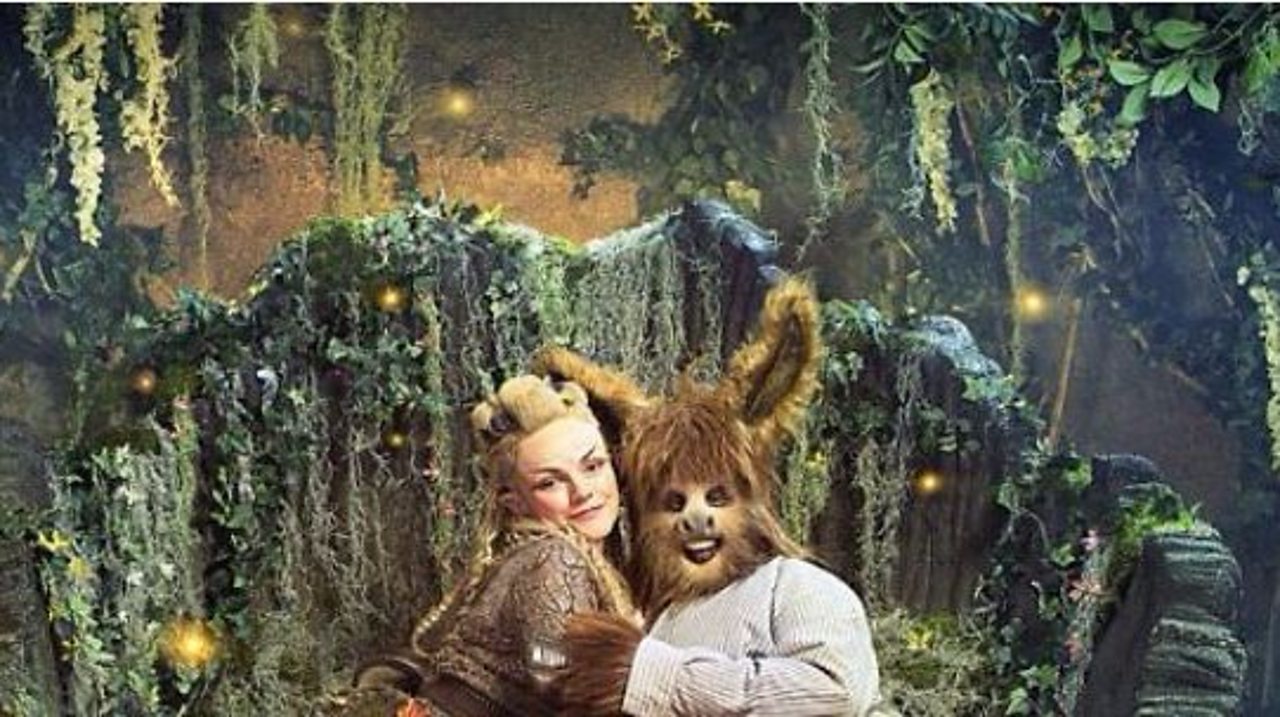