The people are revolting - the history of protest

The people are revolting!

Struggling against the powerful is a tradition that stretches back generations. Change is often presented as a gift granted by the powerful, but it has much to do with the struggle and sacrifice of those from below.

From wealthy barons taking on an arbitrary king to the demands of the 99% today, protest has changed the world. It is as powerful a weapon of change as it has ever been.

Unlocking the power of protest

Back in the 13th Century, many of the English were serfs who were at the mercy of feudal lords.

Many barons – descendants of the 1066 Norman invaders – resented being subjects of such a powerful monarchy. In an attempt to make peace, what became known as Magna Carta gave these barons legal protection against arbitrary monarchical rule. Most English people were left without individual rights and the barons ended up launching an insurrection against King John anyway. Magna Carta was later appropriated by those resisting authority, not least during the 17th Century English civil war.

It was one of the great revolts of medieval Europe, only three decades since the Black Death, and many English subjects were angered by the poll tax.

Led by Wat Tyler, rebels marched from Kent and Essex to London. Some leaders even challenged the existence of the class system. When assembled at Blackheath, Lollard priest John Ball preached equality for all. The Archbishop of Canterbury and key royal officials were killed, but King Richard II reasserted the Crown’s control. Promises made were later reneged on, and Wat Tyler was killed, along with hundreds of others. But feudalism was on its way out, and the plight of many peasants did improve.

It was the beginning of the greatest challenge to the authority of the Catholic Church yet.

The German Augustinian friar Martin Luther had increasingly come to resent the theology and policies of the Church. A particular target of his frustration was the ability of sinners to give money in exchange for God’s forgiveness. In 1517, Martin Luther pinned his 95 Theses – protesting at various Church practices – to a church door in Wittenberg. Contemporaries could not have imagined the religious schism that would follow.

'No taxation without representation' had become a rallying-cry of British colonists in North America from the 1750s onwards.

These taxes were decided across the Atlantic, and included taxes on the importation of tea. When 46 tonnes of tea sent by the East India Company arrived in Boston Harbour, protestors – some dressed up as Native Americans – stormed the ship, and threw the tea into the sea. It provoked a strong reaction from the British government, in turn triggering further resistance from colonists. The American Revolution had begun.

Those who led the French Revolution did not just fight for the rights of the French: liberté, égalité, fraternité became universal ideals.

Powerful monarchies and the remnants of feudalism were not just challenged and overthrown in France, but across Europe too. The Revolution is often best known for the Reign of Terror, in which opponents and members of the old order were executed. The White Terror – a backlash in which radical Jacobins were targeted – also saw thousands of deaths. But the French Revolution was a turning-point in the rise of democracy and freedom – not just in France, but across Europe and the wider world.

'Luddite' has become a pejorative term for those who fear technological progress and change.

We often think the Luddites – said to be named after the mythical Ned Ludd – were backward-looking victims of modernisation. They were actually concerned with labour rights and the free-market. Most were textile artisans resentful of the use of machinery to suppress wages and employ fewer workers. The Industrial Revolution threatened a 'race to the bottom', using less skilled labour. Organising collectively for their rights, they represent a big moment in the rise of a British labour movement.

Suffragettes are often portrayed as heroes today, but they were often demonised as anarchists and even terrorists in their day.

The fight for women to vote was protracted indeed. In the 18th Century, women were granted conditional suffrage in Sweden, but New Zealand fully gave women the vote in 1893. In Britain, suffragettes were imprisoned and, when on hunger strike, force-fed. They resorted to protest and property damage. In 1913, Emily Davison died throwing herself under the king’s horse at the Epsom Derby. In 1918, women over 30 won some rights, but it was not until 1928 that women over 21 could vote.

A century after the US Civil War emancipated millions from slavery, African-Americans in several US states were still deprived of basic civil rights.

Segregation legally discriminated against black people in work, housing and the right to vote. The movement took root in the 1950s and gathered strength in the 1960s, driving through reforms. The struggle is said to have inspired the civil rights movement in Northern Ireland in the late 1960s, precipitating the Troubles. In South Africa armed struggle against Apartheid lasted for decades, until the regime was dismantled in the 1990s and Nelson Mandela became the country’s first black president.

Over the course of the last generation, many dictatorships have met their end at the hands of popular protest.

In 1986, the People’s Power revolution overthrew Ferdinand Marcos’ dictatorship in the Philippines. But the most dramatic wave of popular uprisings began in 1989, when the Eastern European regimes imposed by the Soviet Union in the aftermath of the Second World War were toppled. With the notable exception of Romania, the revolutions were almost entirely peaceful. In more recent times, revolutions have targeted several Arab tyrannies – but often at great human cost.

After Margaret Thatcher entered Number 10 in 1979, her governments set about dismantling the post-war consensus.

The Miners’ Strike of 1984/85 was the most dramatic trade union struggle in post-war Britain, and the labour movement never recovered from the defeat. When Thatcher introduced the poll tax in the late 1980s many refused to pay in a widespread act of civil disobedience. There were protests across Britain, culminating in riots in central London in 1990. Not only did the poll tax end up being abolished, but the movement contributed to the removal of Margaret Thatcher from power later in 1990.

Solidarity on the Streets

The rise of social media has played a key role in recent protests, helping to bypass news blackouts either by dictatorships or an unsympathetic media.

The overthrow of Hosni Mubarak in the 2011 Egyptian Revolution owed much to organising through Facebook and Twitter. Inspired by the Arab examples, thousands of Spaniards occupied Madrid’s Puerta del Sol square in protest at the political elite. The so-called indignados encouraged the ‘Occupy’ movement which spread across the globe, made up of protestors angry that the richest were still thriving in the aftermath of the financial crisis, while the majority – the 99% – were made to pay for it. 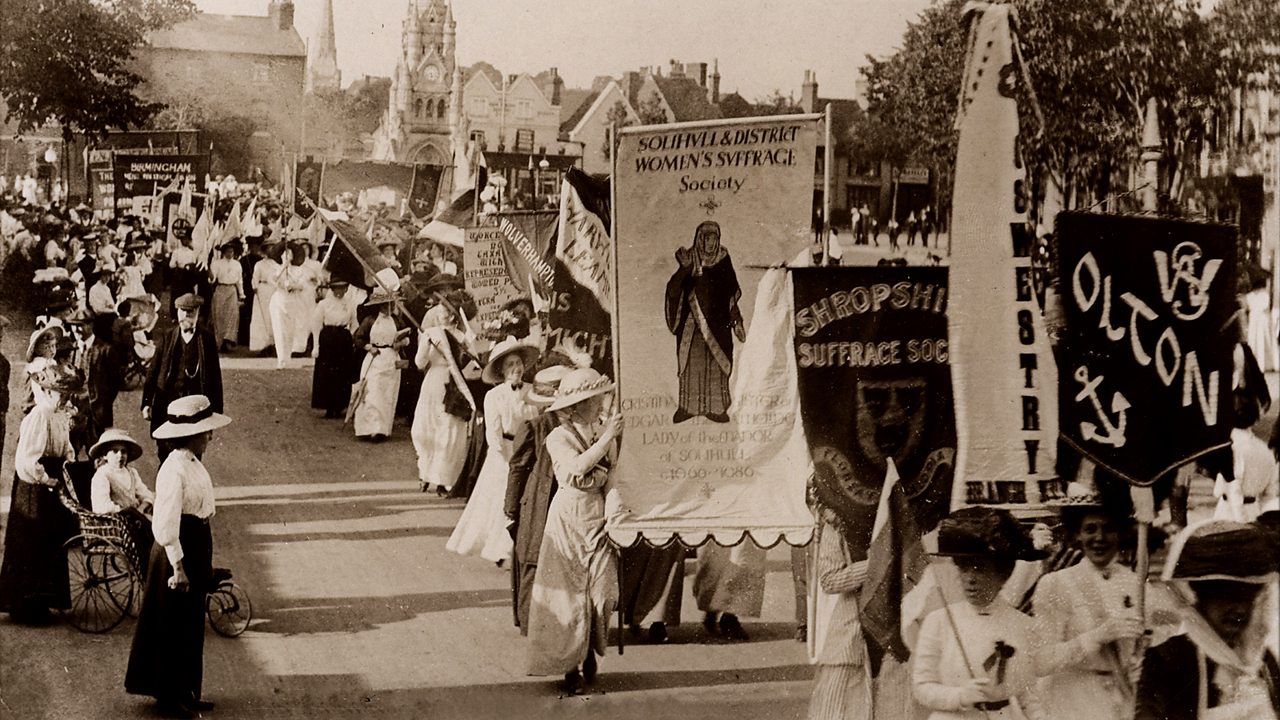 Suffragettes like Emmeline Pankhurst were part of the militant wing of the campaign for votes for women. But did they set their own cause back? 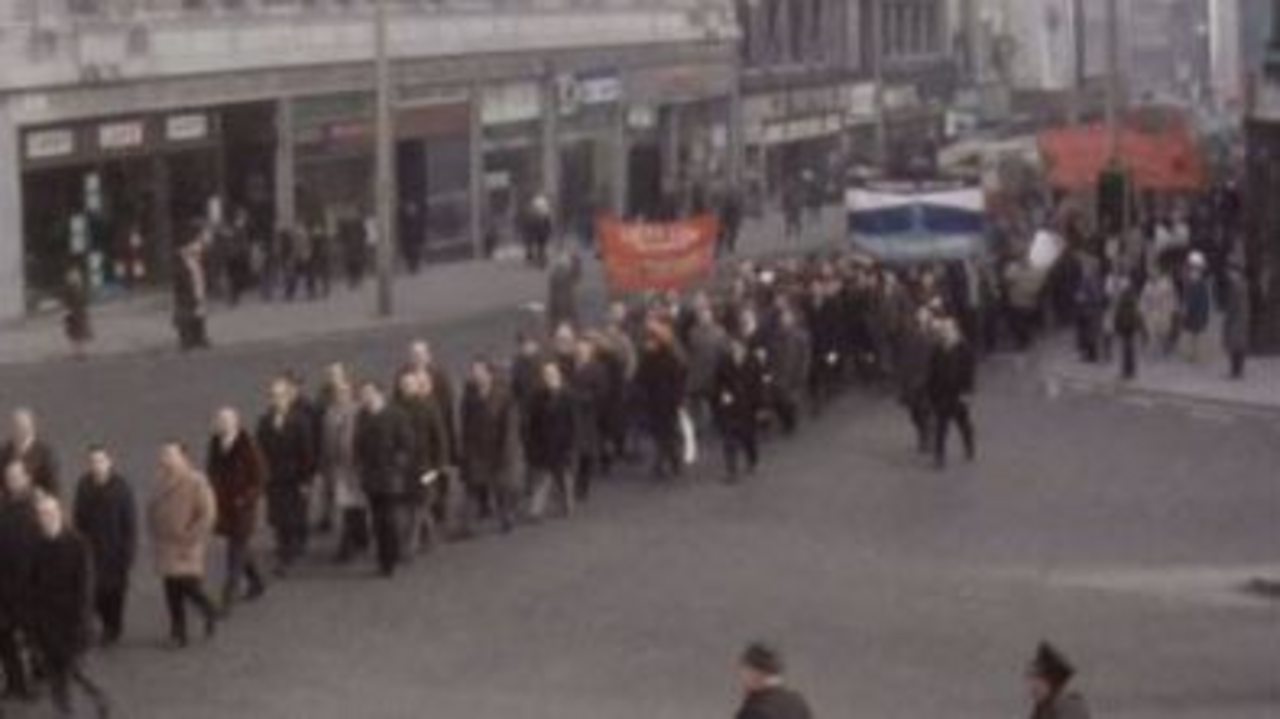