Shakespeare, Witchcraft and the Supernatural

Have you ever wondered why Shakespeare used witchcraft and the supernatural in many of his works?

Even in Shakespeare’s day people were extremely superstitious. During the Elizabethan era people blamed unexplainable events such as the Bubonic Plague, unexplained deaths or unpleasant illnesses - as the work of witches.

Some of Shakespeare’s most well-known plays such as Macbeth, Hamlet, The Tempest and Julius Caesar were very much influenced by witchcraft and the supernatural.

He often used ghosts, witches, floating daggers and prophetic apparitions throughout his plays.

Here is a selection of teaching resources from BBC Teach which take a closer look at how Shakespeare used certain characters and elements to create drama and intrigue.

Witchcraft and the Supernatural in Shakespeare's day

In Macbeth he used characters such as the witches to bring dark magic and suspense. In Shakespeare's day those accused of witchcraft, or being a witch, were generally old, poor and single women, widows or 'wise women'.

In 1542 Parliament passed the Witchcraft Act which defined witchcraft as a crime punishable by death. It was repealed five years later, but restored by a new Act in 1562.

A further law was passed in 1604 during the reign of James I who took a keen interest in demonology and even published a book on it. The 1562 and 1604 Acts transferred the trial of witches from the Church to the ordinary courts.

As well as the charge of ‘mischief following anger’, there were other ways witches were identified at trial. One was the presence of ‘witch marks’, a mark supposed to have been put on a woman’s body by the Devil.

Water was another commonly used means of determining whether women were witches: water was seen as inherently pure, so a suspected witch would be tied up and thrown in a pond or lake.

If the suspect sank, the water ‘accepted’ her and therefore she was not a witch, but if she floated, the water ‘rejected’ her, and she was presumed a witch.

What techniques did Shakespeare use to create drama?

In the Tempest Shakespeare used storms and bad weather to create the feeling of both justice and revenge. This is a technique used widely by writers where the weather is used as an indication that trouble is on the way. The play uses a variety of forms of the natural world throughout, such as: the sea, air and wind, earth, wildlife and thunder and lightning.

These images of nature are presented both as calm and as threatening, depending on the situation of each scene and this suggests that Shakespeare believes that nature is extremely powerful.

In Julius Caesar, the omens from a fortune teller known as a soothsayer warn of what is to come. Shakespeare uses the soothsayer character to build suspense in the play. 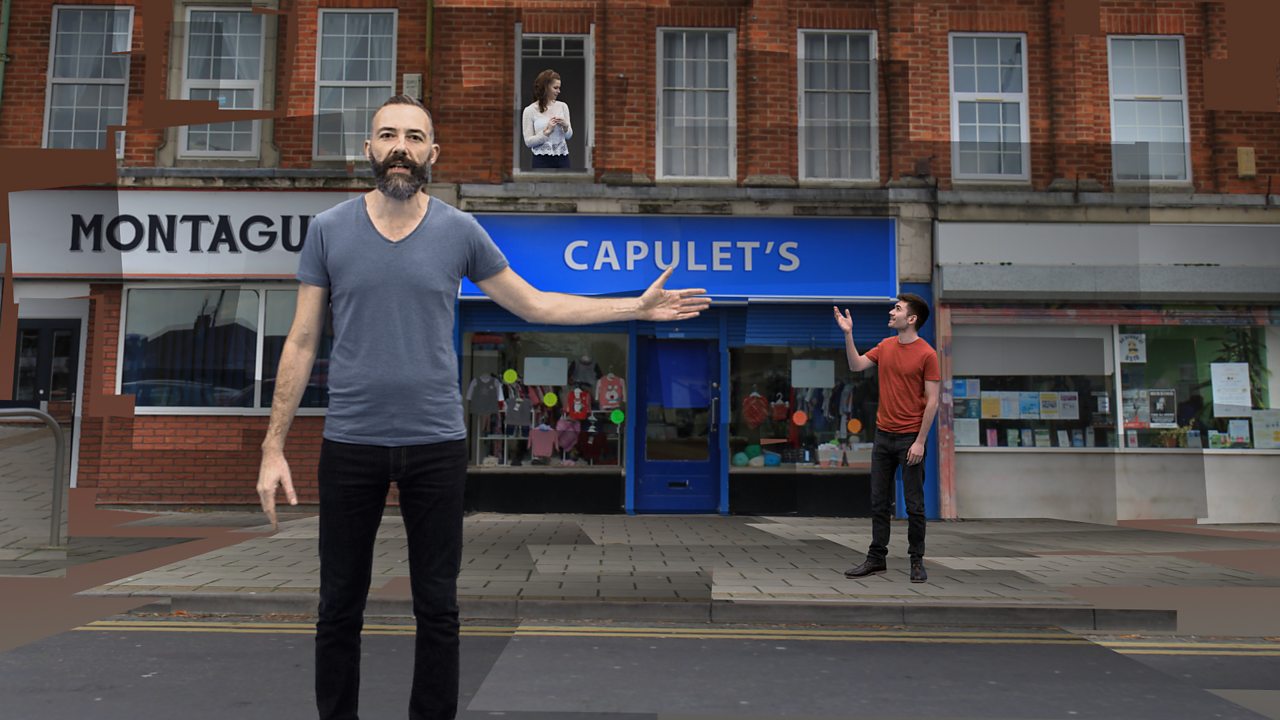 This series of short films explores some of the themes that span Shakespeare's plays, improving students' knowledge of his most popular works and the society in which they were written.

Our collection of Shakespeare songs is a great way to learn about the plays and some of the famous quotes.

Here are some of the lyrics from the Macbeth songs and the meaning behind them:

This part refers to where Macbeth receives a prophecy from the three witches that he will one day become King of Scotland.

This quote is often referred to as the 'song of the witches'. The Witches or the 'weird sisters' as they are known meet around one of the most well-known symbols of witchcraft - a cauldron. Into it they throw in all manner of foul and evil objects ('poisoned entrails') and cast a spell. The Witches' chant is in a different rhythm to the way the other characters speak - this also suggests their supernatural nature.

This line means appearances are often deceptive, and that things are different from what they appear to be. Shakespeare suggests you can never be sure whether it is a mirage, an apparition, or a dagger so it highlights one of the main themes in the play, appearance vs reality.

Lady Macbeth is telling Macbeth to have the appearance of the innocent while his true nature should be of a serpent. He should have the temptation to do evil and not have any remorse. During the time Macbeth was written it was believed that the serpent was an instrument of Satan’s used to tempt evil. 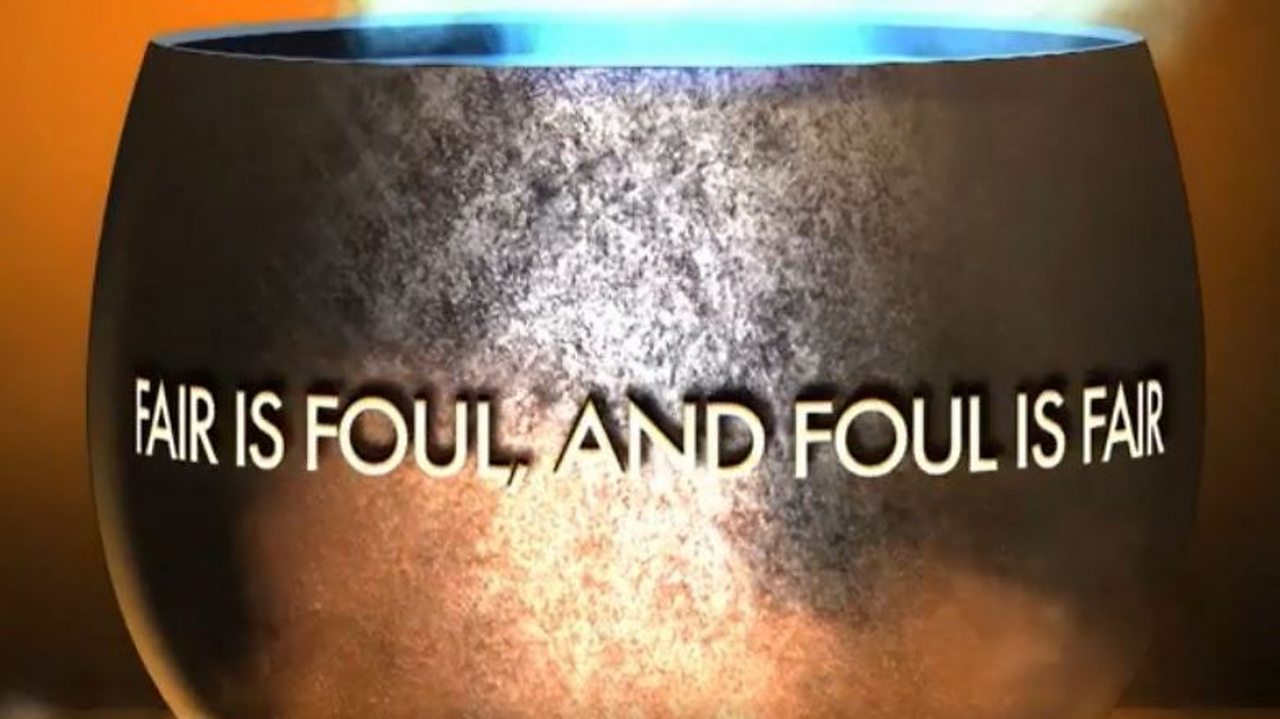 Shakespeare's most famous plays are brought to life through this series of short films, which use music and original quotations.

Author Michael Rosen's seven Shakespeare facts you might not know!

William Shakespeare is one of the world's most famous playwrights but there are still some mysteries surrounding the writer's life.

Author Michael Rosen has been uncovering some of them - here are a few: 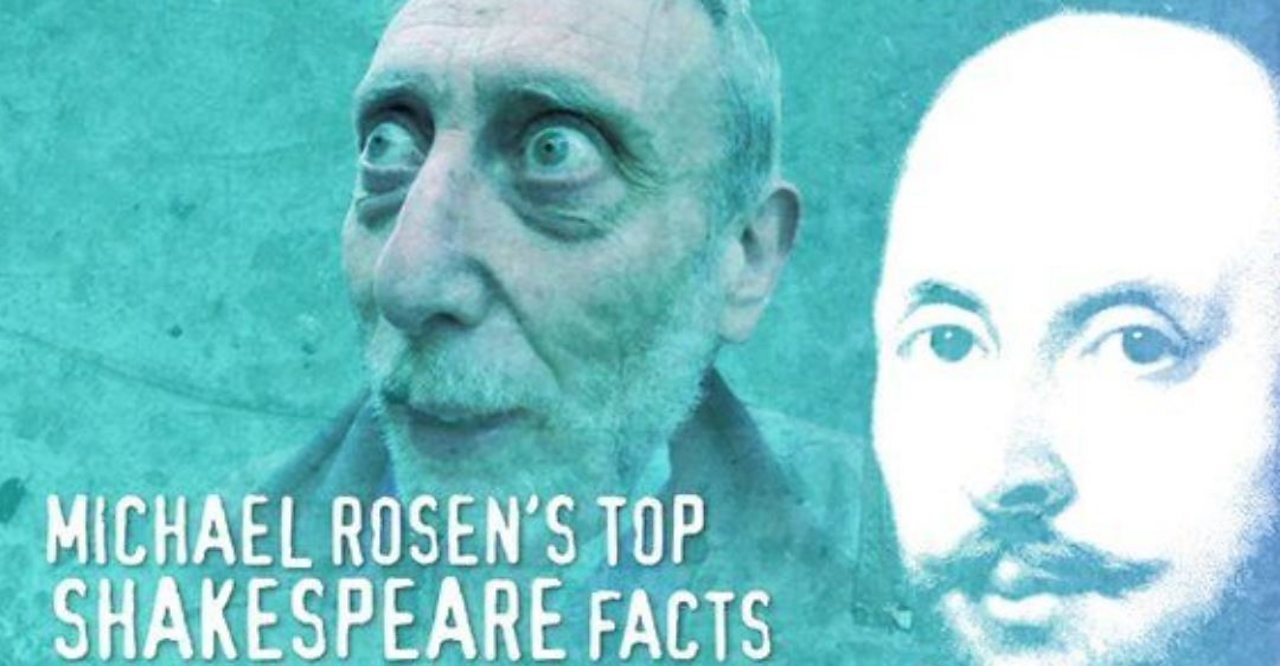 Michael Rosen's seven Shakespeare facts you might not know

Michael Rosen and Newsround have some interesting facts about Shakespeare to share with your class. For ages 7-12 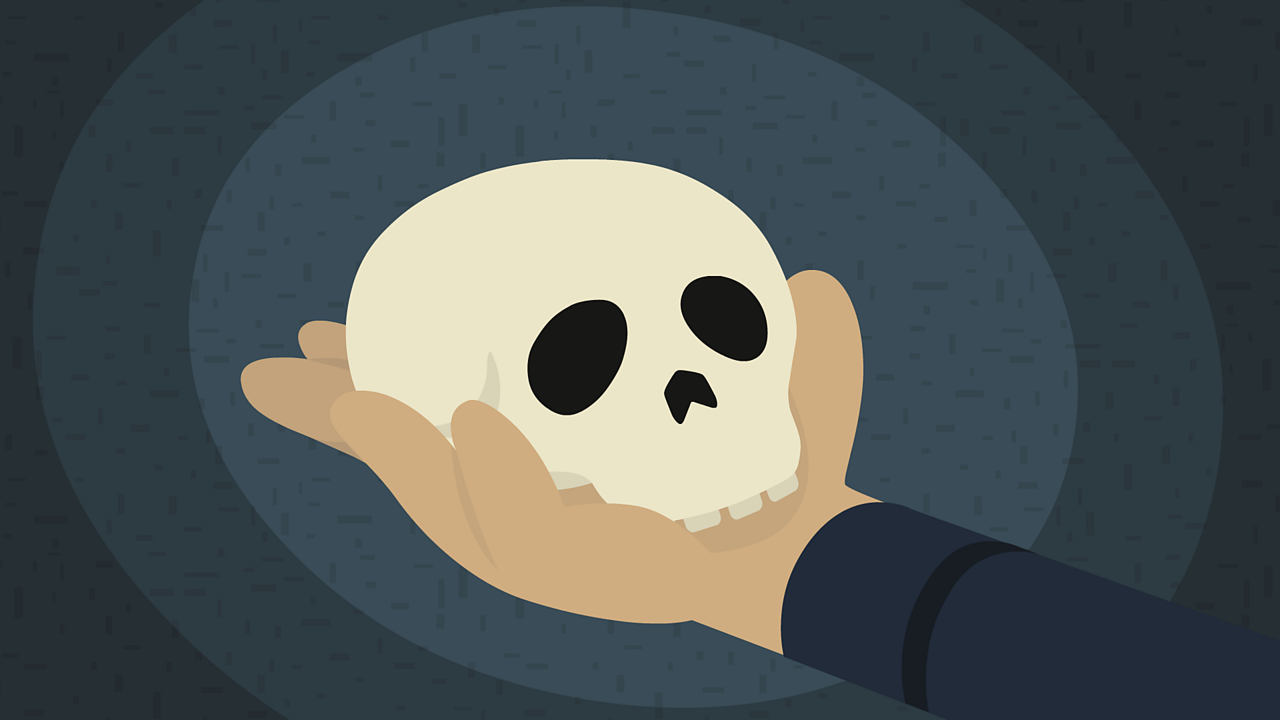 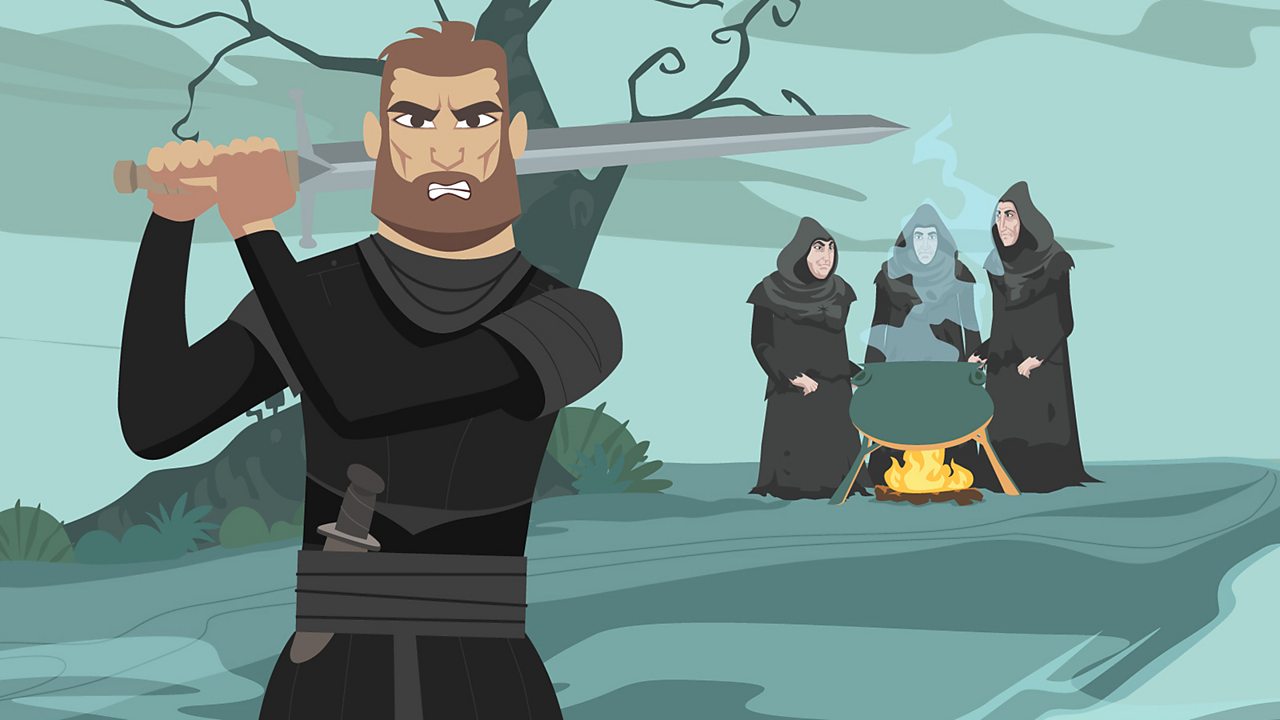 Shakespeare's play of murder and witchcraft is told in eight video clips. 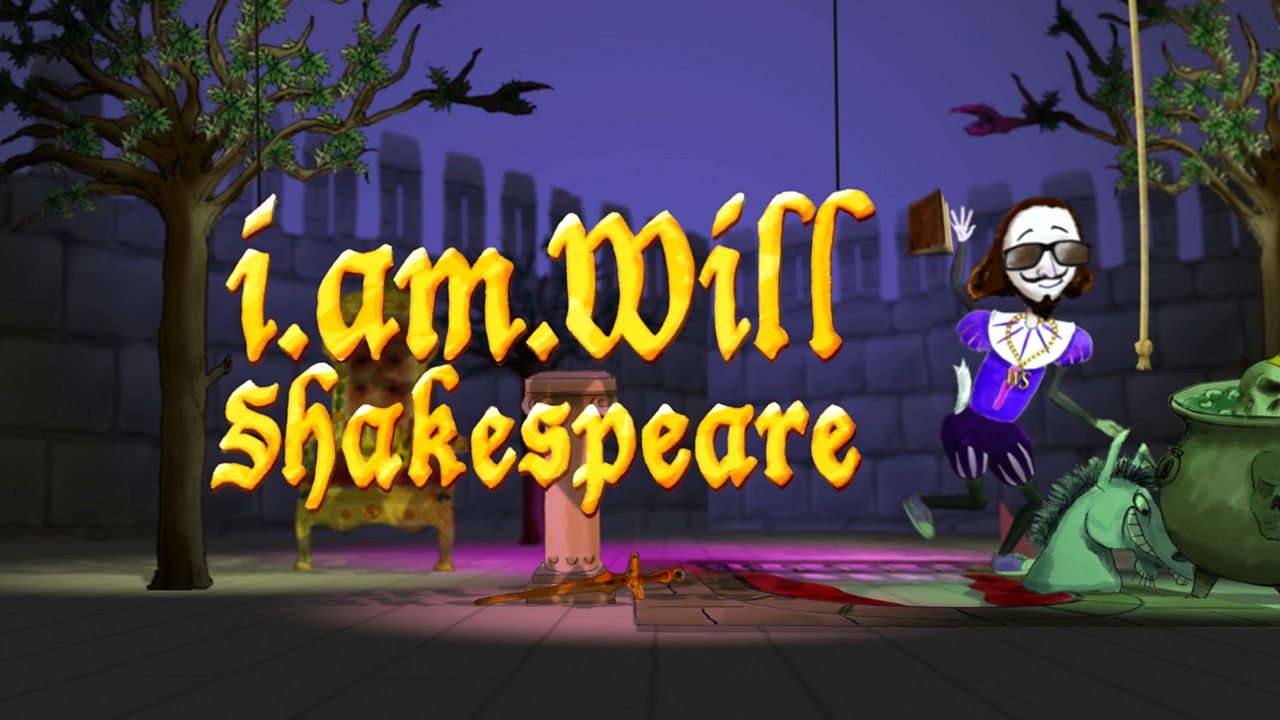 In these short documentaries for primary schools Newsround's Ricky and Leah Boleto go in search of William Shakespeare. They learn about his life, his world, his theatre, and some of his most famous plays.