Jim joins his friends in the stockade but they are under attack. Late at night Jim slips away and rows out to the Hispaniola. He captures the ship - having killed one of the pirates on board - and hides it in a secluded bay. The song is full of surfing sounds.

Key timings in the tutorial video are:

00 00: Listening to Verse 1, beginning: 'Surf's up - we sail across the ocean...' before learning the verse line by line and then singing it right through.02 48: Learning the chorus, beginning: 'Never, never, never gonna be the...' and then singing it right through.04 17: Following the words of Verse 2, beginning: 'Wake up - you're sailing troubled waters...' before learning it line by line, joining in with the choir.05 45: Putting Verse 1 together with Verse 2 and including two choruses.07 36: Adding backing vocals - 'BVs.' The whole group learns the BVs to start with - which are sung on the same note apart from the very final one. Then getting into two groups, one to sing the main tune and the other to sing the BVs, with plenty of repetition.11 22: Going back to learn the middle section, beginning: 'I was standing with my back against the wall...' and ending by singing the middle section right through.

Jim joins his friends in the stockade, just before the pirates attack.

After their retreat Silver arrives with a flag of truce: he says he is prepared to grant everyone their freedom in return for the map, but he is sent away empty-handed.

In the next pirate attack Smollett is badly wounded and most of the remaining faithful crew members are killed.

Them that die will be the lucky ones!Long John Silver

See Resources below for a quiz about the story episodes.

Jim knows something needs to be done, but he's not sure what. That night he slips away and rows out to the Hispaniola. There he finds two pirates - O'Brien and Hands - left onboard. The pirates have clearly been arguing.

Jim cuts the anchor rope and drifts with the ship until morning, when he discovers that Hands has killed O'Brien. Hands also attacks Jim and after a chase up the rigging Jim shoots Hands, and the pirate falls into the sea.

Jim in now in charge of his first ship and he steers the Hispaniola to a bay to hide her.

See Resources below for a quiz about the story episodes.

Learn the song ‘Jimmy be good’ - a surfing song for Jim as he goes after the Hispaniola.

Listen to the extract from 'Johnny B Goode' by Chuck Berry. 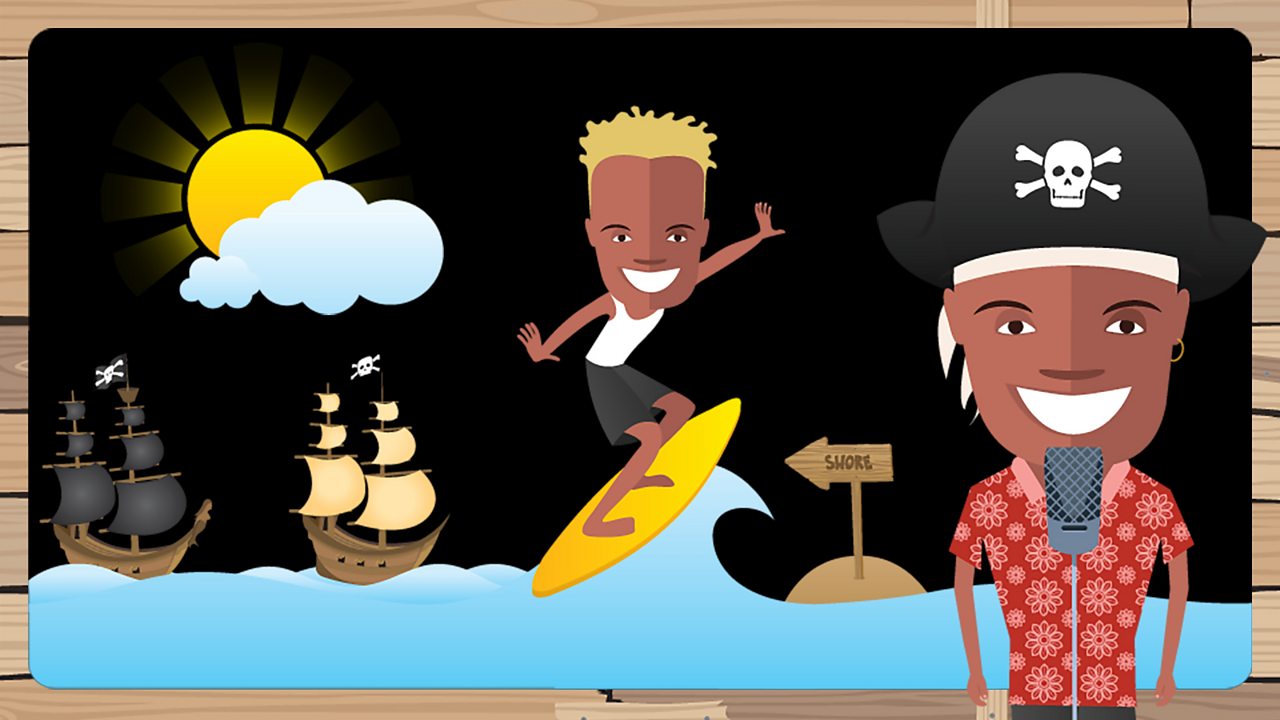 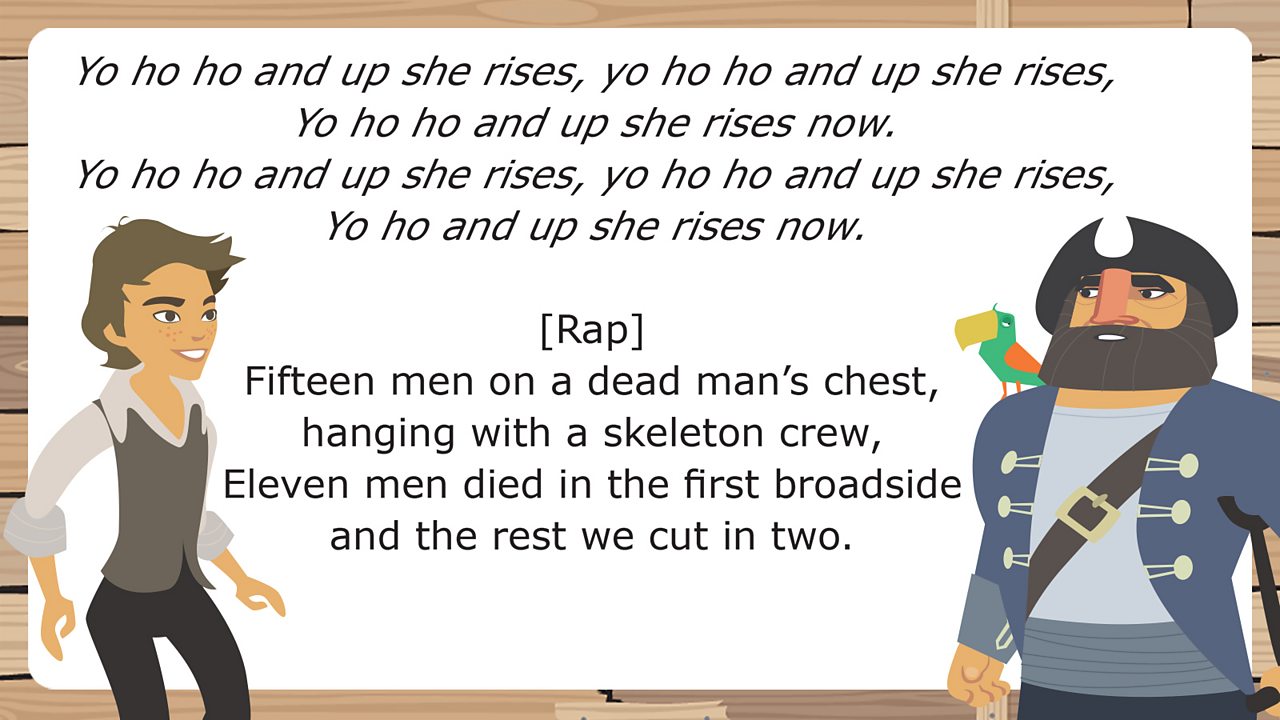 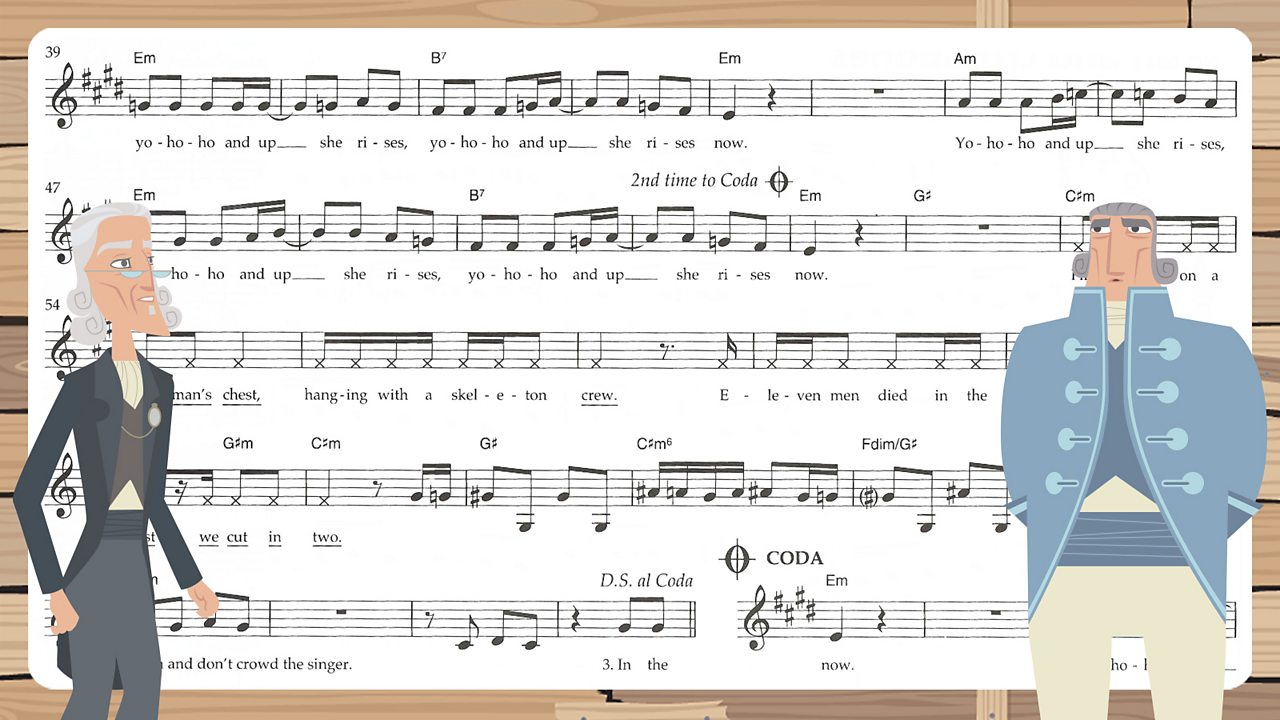 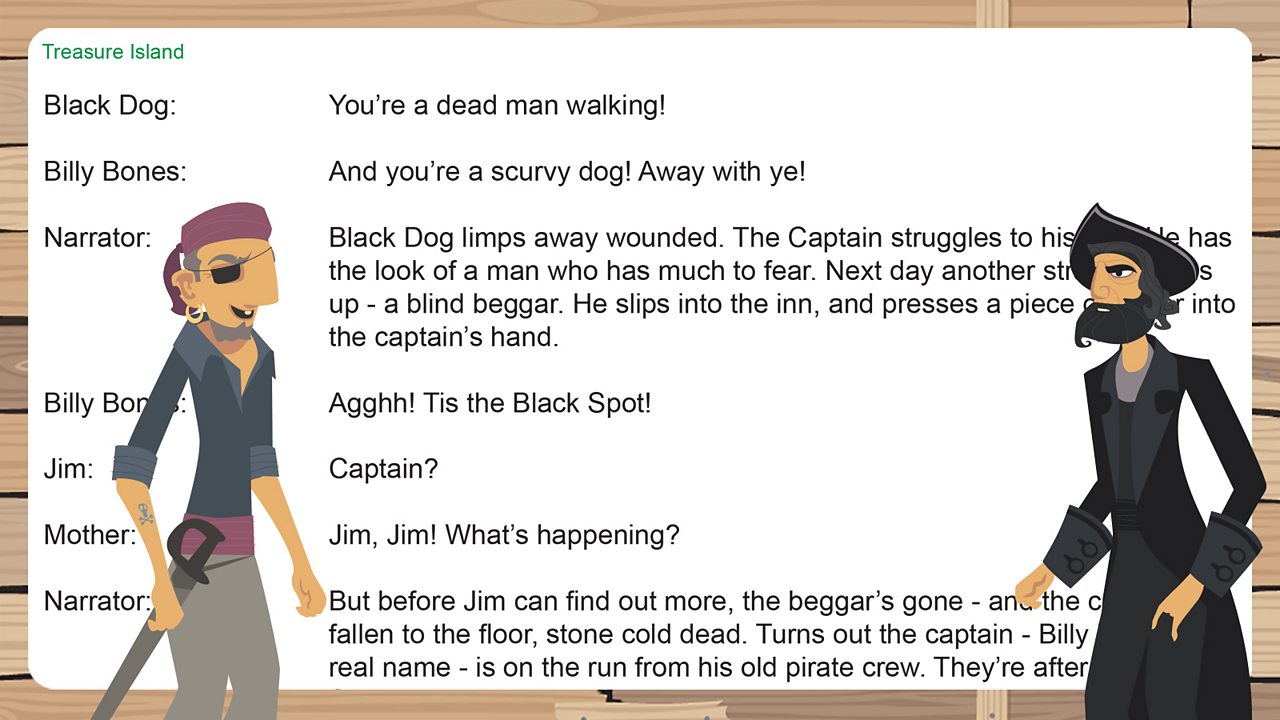 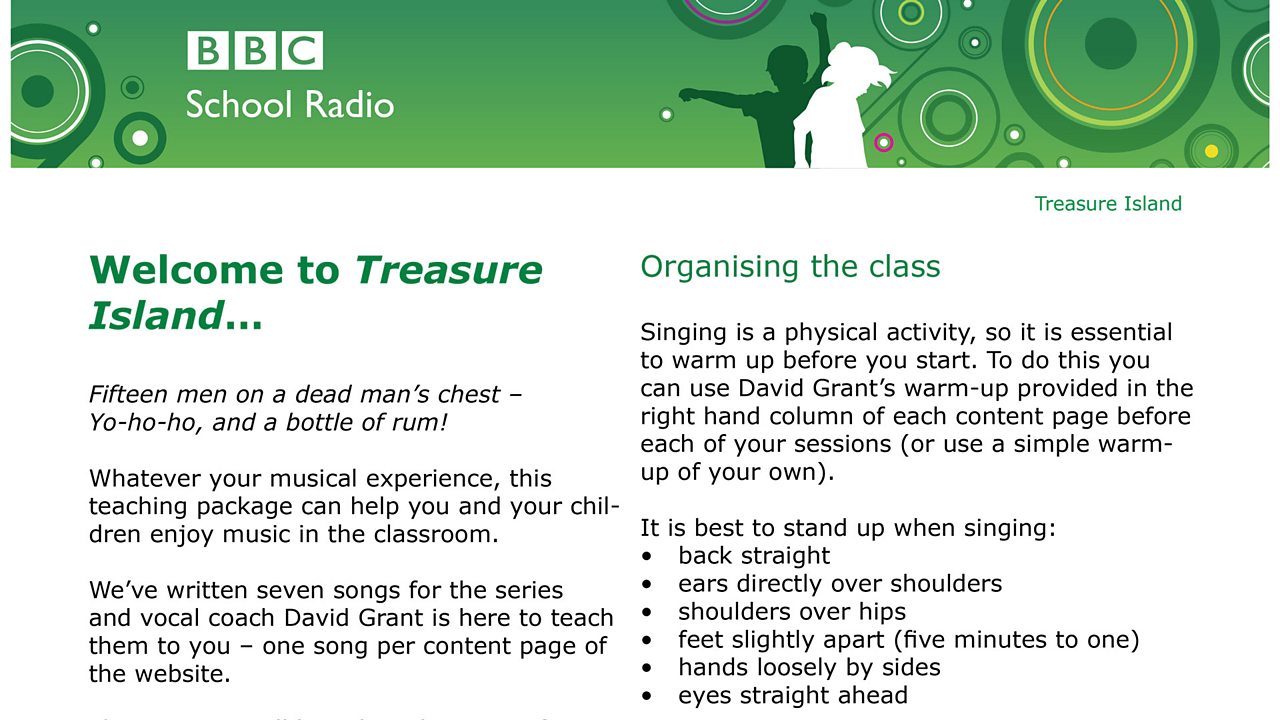 Guidance on using all the content in the series (pdf)

Meet the characters from the story 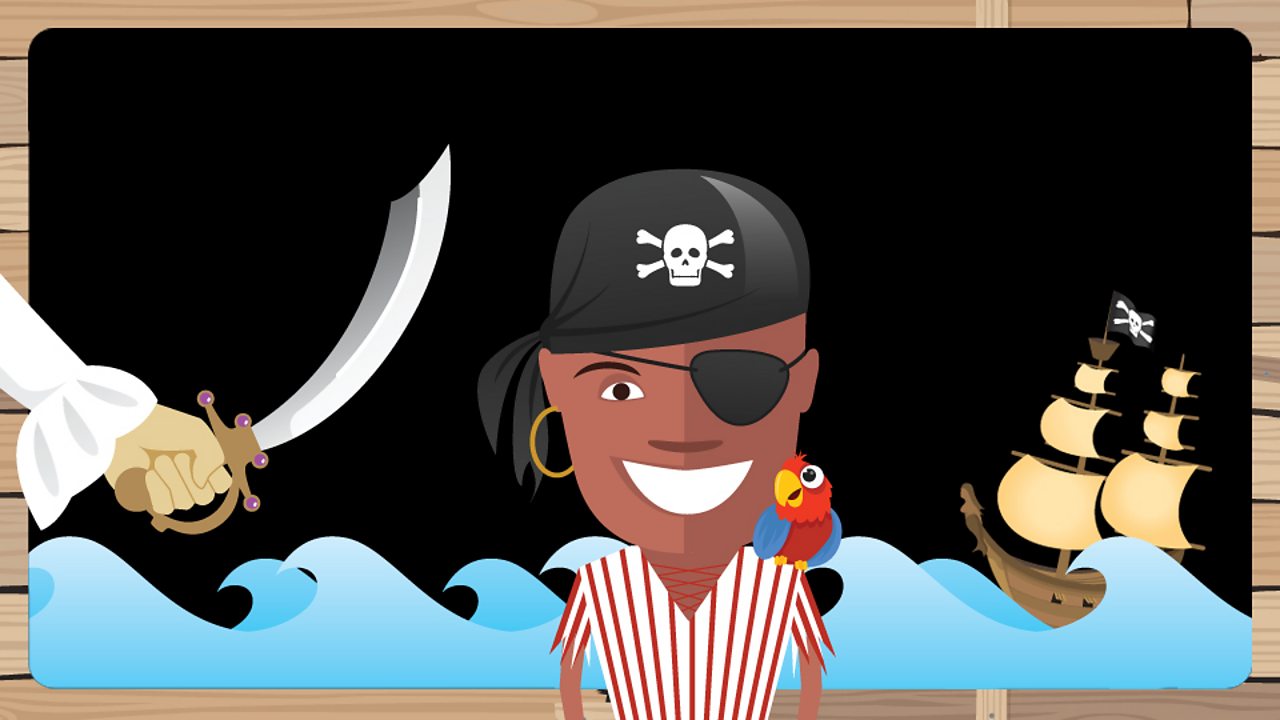 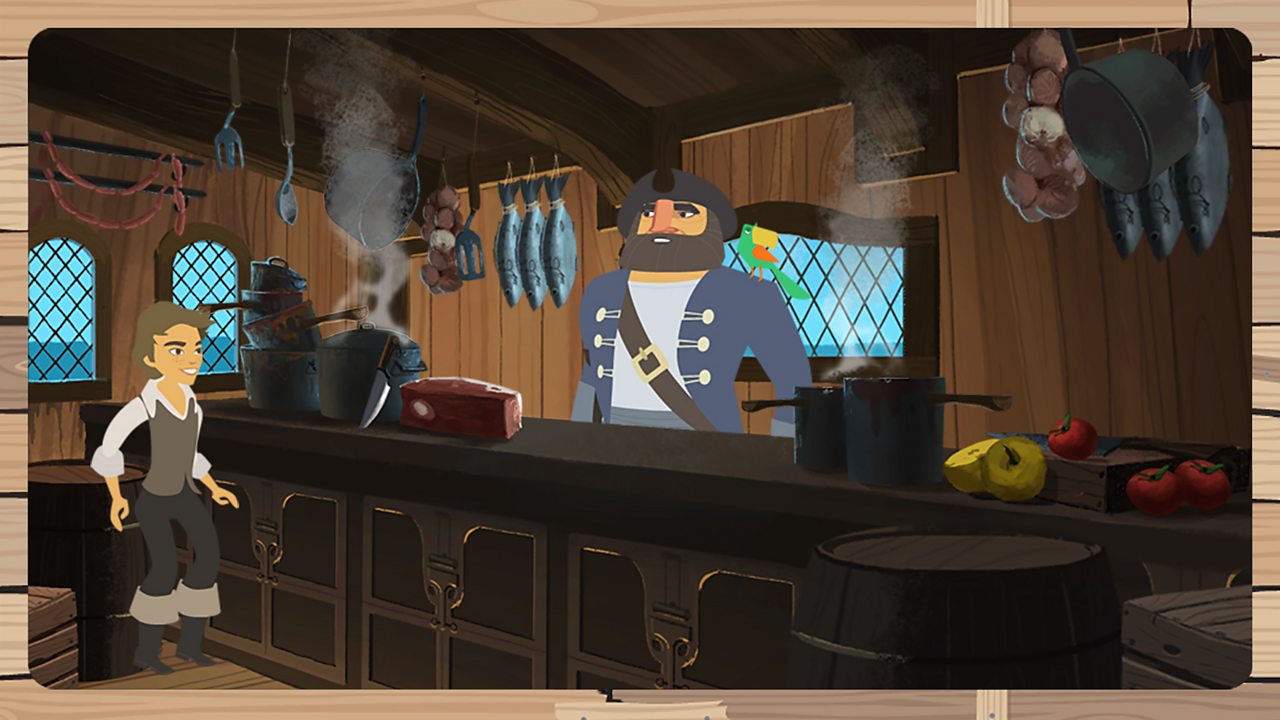 A song for Benn Gunn - discovered on Treasure Island 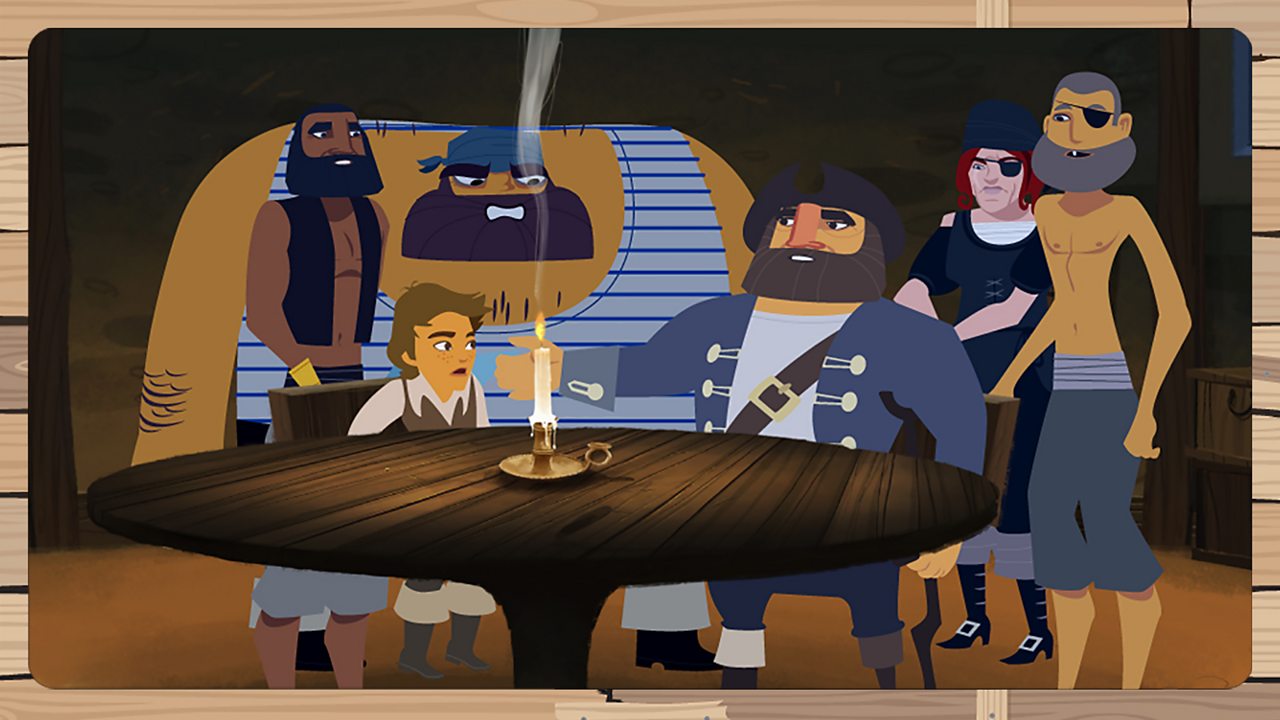 A Latin number for the pirates about the 'black spot' 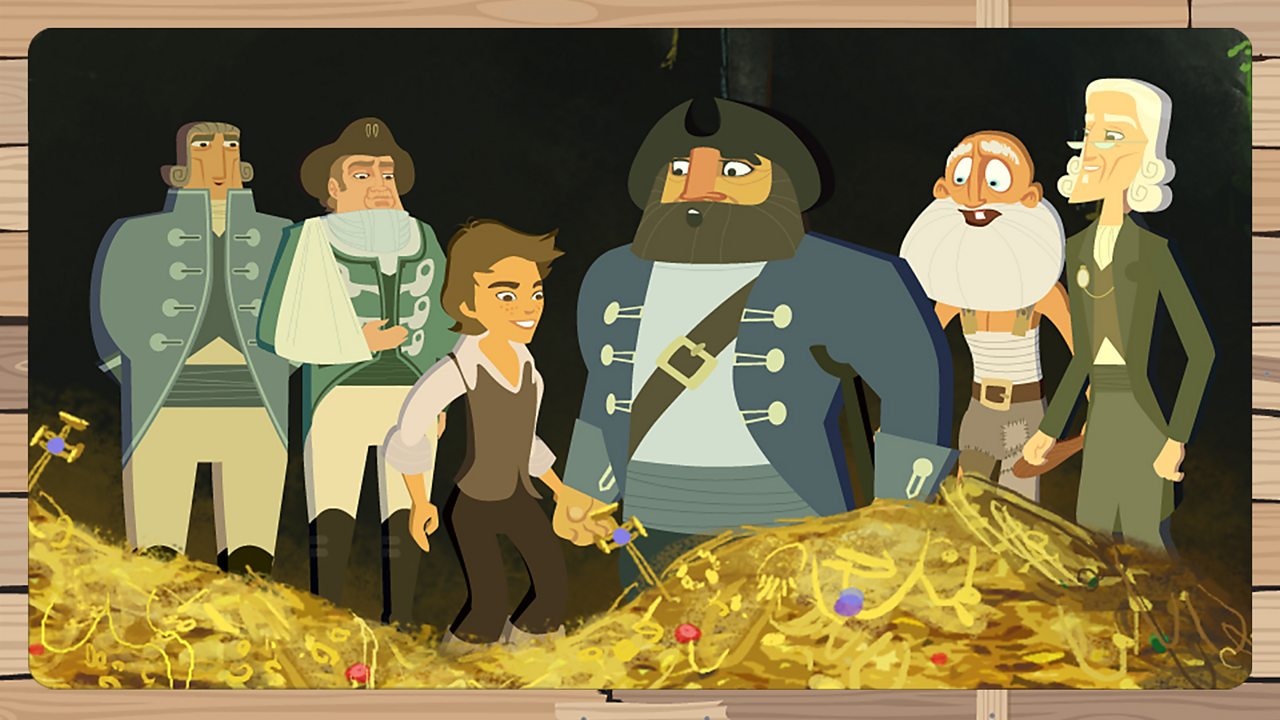 An upbeat Finale with a South American flavour