The song has a mystical quality and hints of the continent of Africa.

This episode of the story

Oberon charms Titania’s sleeping eyes with the magic flower, hoping that when she opens them she will fall in love with some vile forest creature.

Helena and Lysander, who have lost their way in the woods, enter a clearing and decide to bed down for the night. Puck discovers them sleeping there and, as they are lying far apart, assumes that they must be Helena and Demetrius. Puck charms Lysander’s eyes with the magic flower and leaves to tell Oberon what he has done.

Helena walks into the clearing and discovers the sleeping Lysander. Fearing that he is hurt or even dead, she wakes him. On waking Lysander sees Helena and falls in love with her. Helena thinks he is making fun of her and runs off in tears. Lysander leaves Hermia sleeping on the ground and goes in pursuit of his new love. Hermia wakes up and finds herself alone in the forest. She goes in search of Lysander, fearing for his safety. 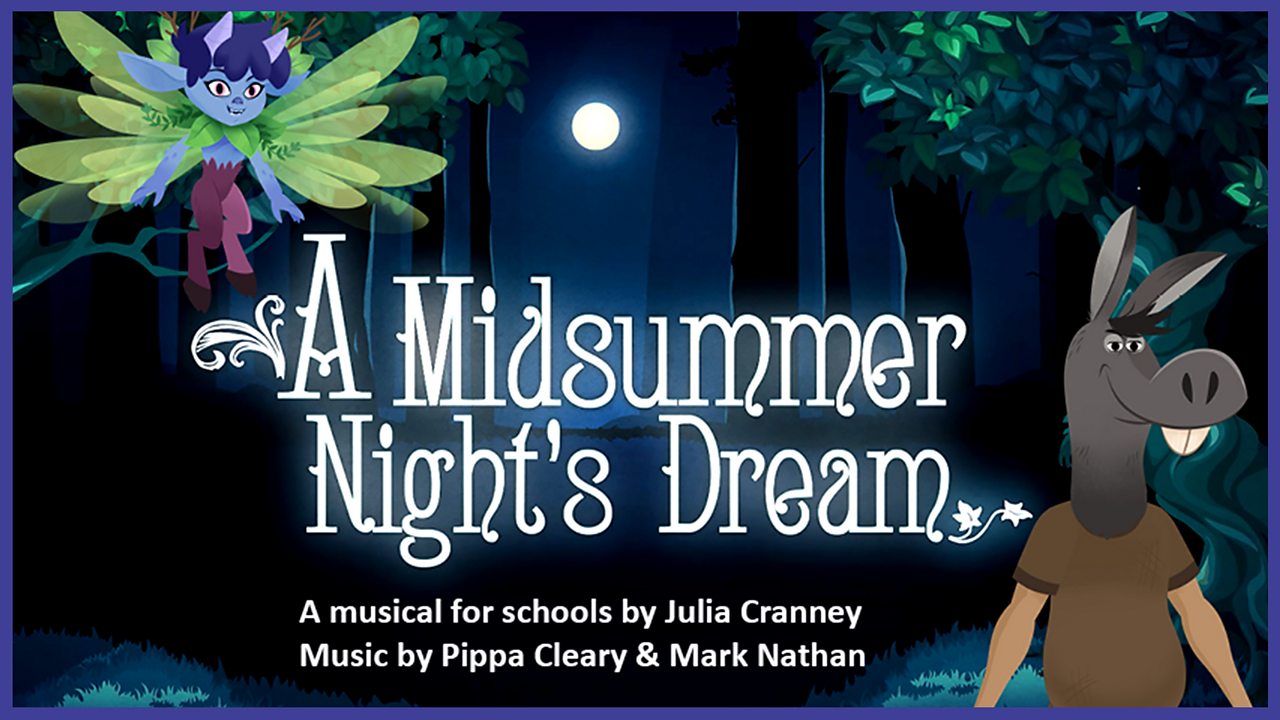 A Midsummer Night's Dream - A Musical for Schools 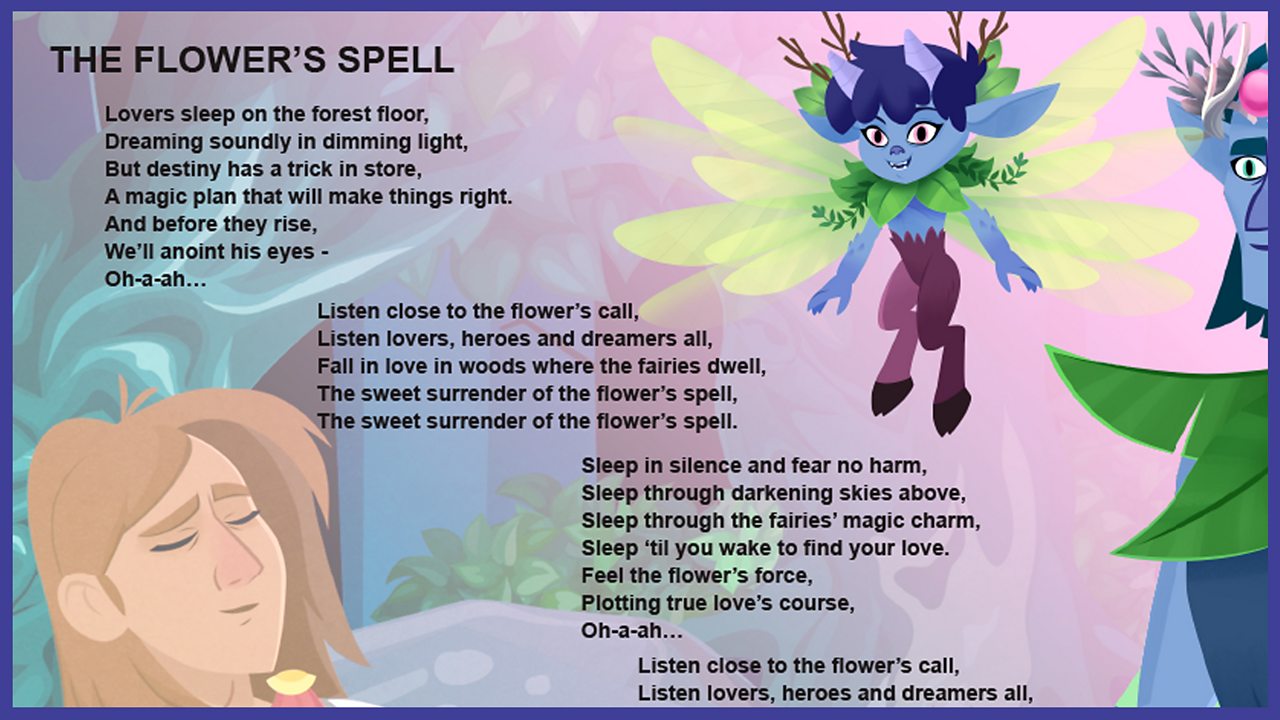 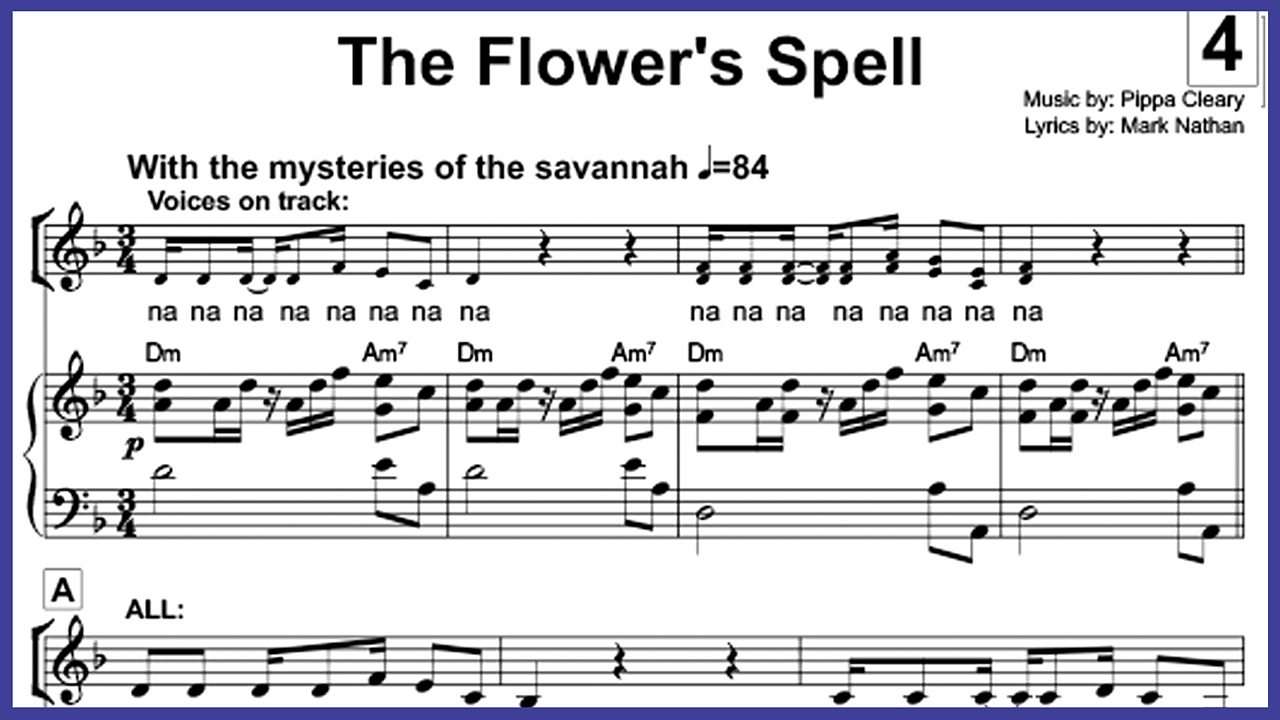 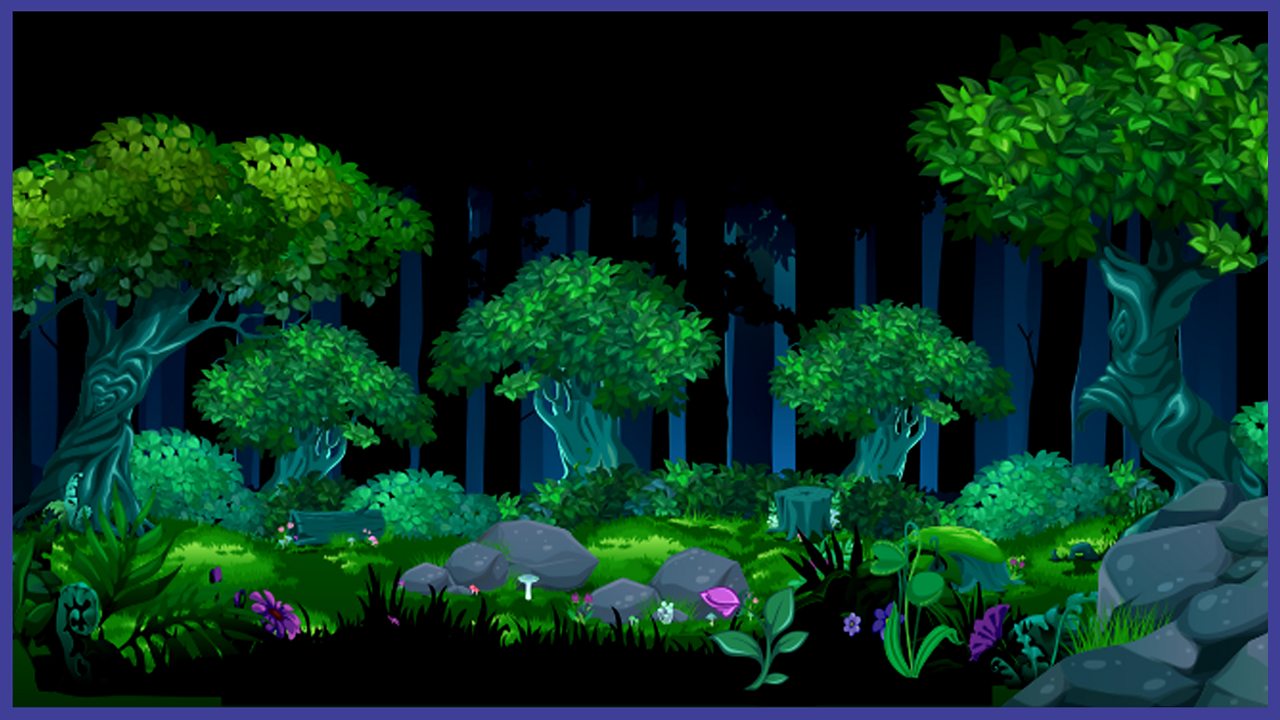 Project the image to create a backdrop (png) 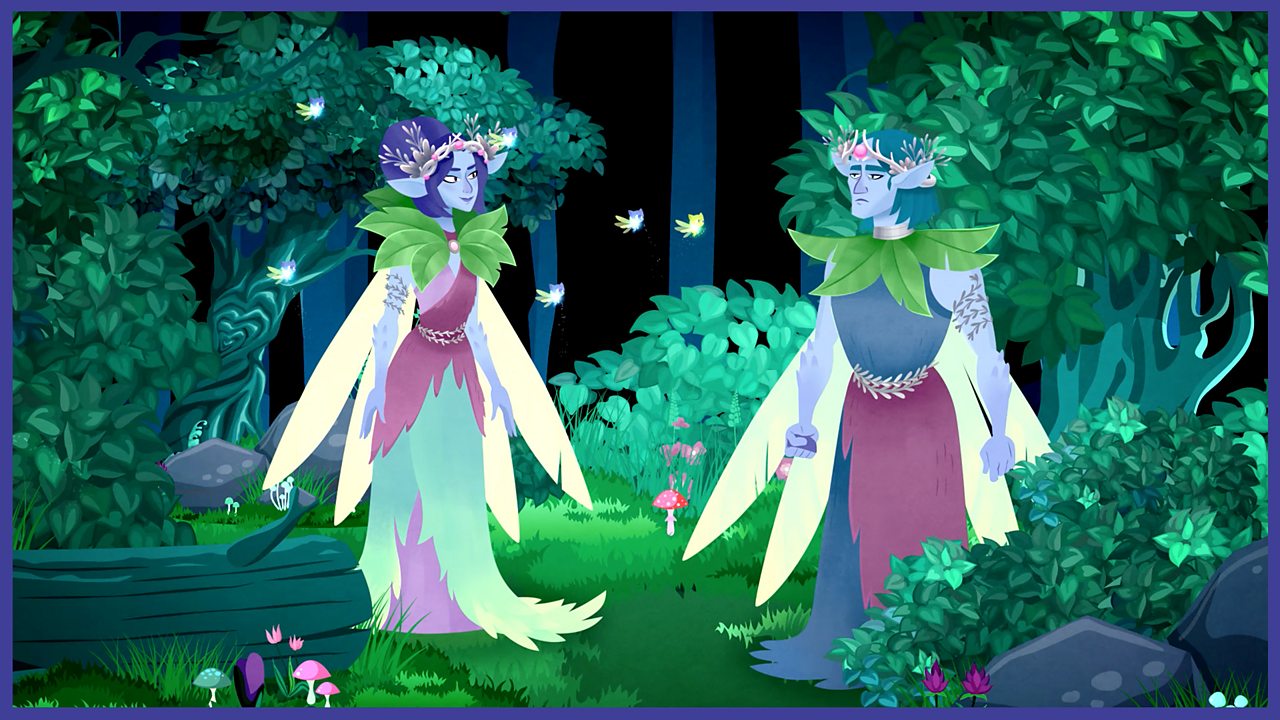 3. The Land of the Fairies

A hushed, magical song - tinged with Celtic folk - for the woodland fairies. 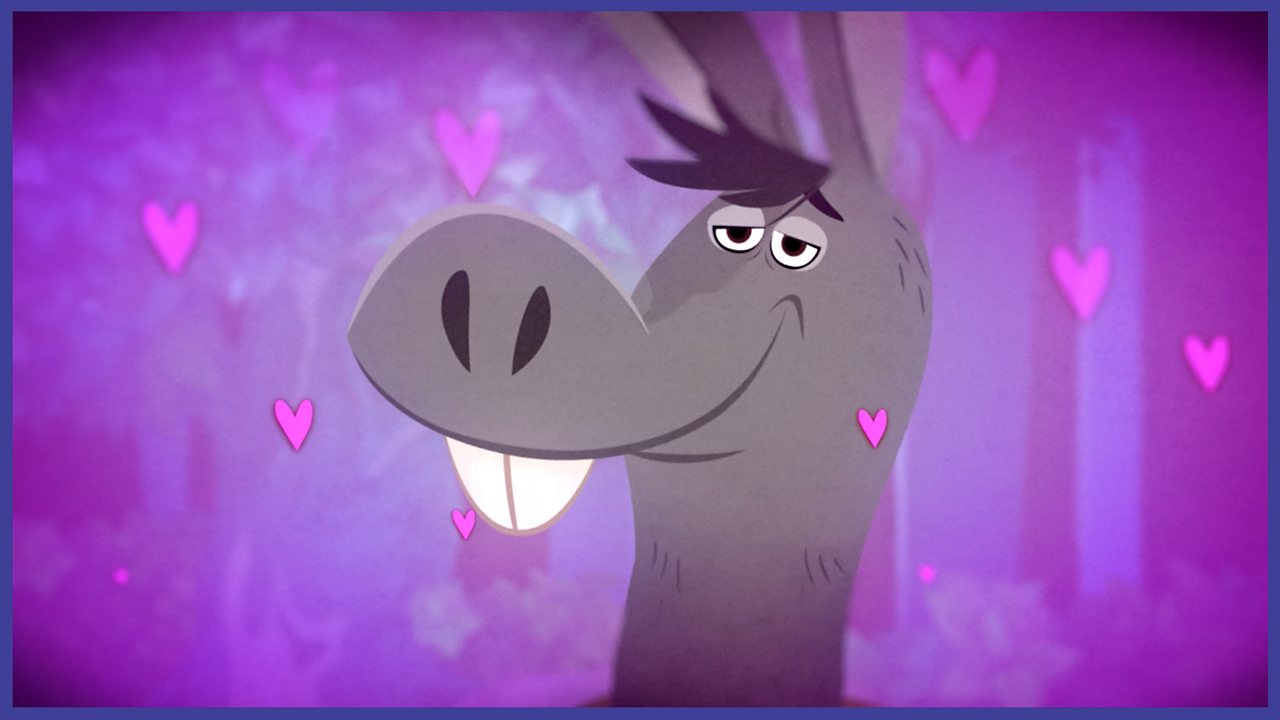 A comic love song for Titania and Bottom - now transformed into a donkey. 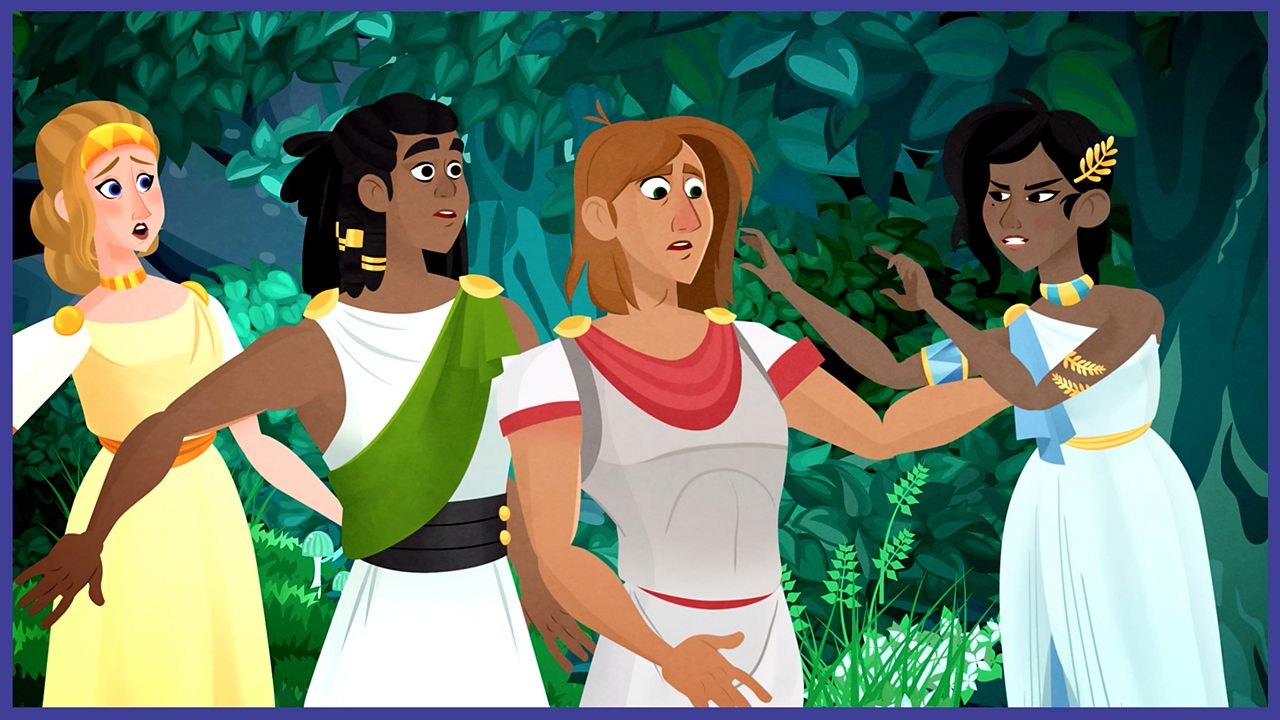 A song for the angry and confused young lovers - with a hint of Gilbert and Sullivan.