Activities during the tutorial include:

The song is sung from the point of view of Alfred the Great as he describes his different achievements:

Drama: Alfred and the Vikings

Alfred was in his early 20s when he became king in 871 and the defining challenge of his reign was conflict with the Vikings.

Alfred's initial tactic was to make a pact with the Vikings: he agreed to pay them money - the danegeld - in return for peace. The arrangement was eventually broken when the Viking leader - Guthrum - launched a surprise attack against Wessex.

Alfred was forced into hiding in marshland in the West Country and the famous story of Alfred 'burning the cakes' dates from this time. It also marks the low-point in the fortunes of Alfred and the Anglo-Saxons.

Alfred gathers his strength and defeats Guthrum at the Battle of Edington. The Vikings agree to remain in an area to the east of England - which becomes known as the Danelaw. Alfred then sets about increasing the security of Wessex by training an army and building forts.

Not much is known for certain about the early life of Athelstan. There is a story that his grandfather - Alfred the Great - favoured Athelstan at court and made him a gift of a cloak and sword. It is also believed the Athelstan spent part of his youth in the kingdom of Mercia, which was ruled by Queen Ethelfleda (869? - 918), learning the skills of a young prince.

In 937 Athelstan's kingdom, which combined both Wessex and Mercia, came under attack from a combined force of Scots, Irish and Vikings. Athelstan won a decisive victory at the Battle of Brunanburgh - one of the bloodiest battles in English history. Thereafter Athelstan focused on building the strength of the kingdom.

For many historians Athelstan is the first ruler who can truly be regarded as 'king of all England'.

Full details of the music activity in the Teacher's Notes

You can watch another movement of a Vivaldi recorder concerto at this YouTube link. This is an external link. The BBC is not responsible for the content. 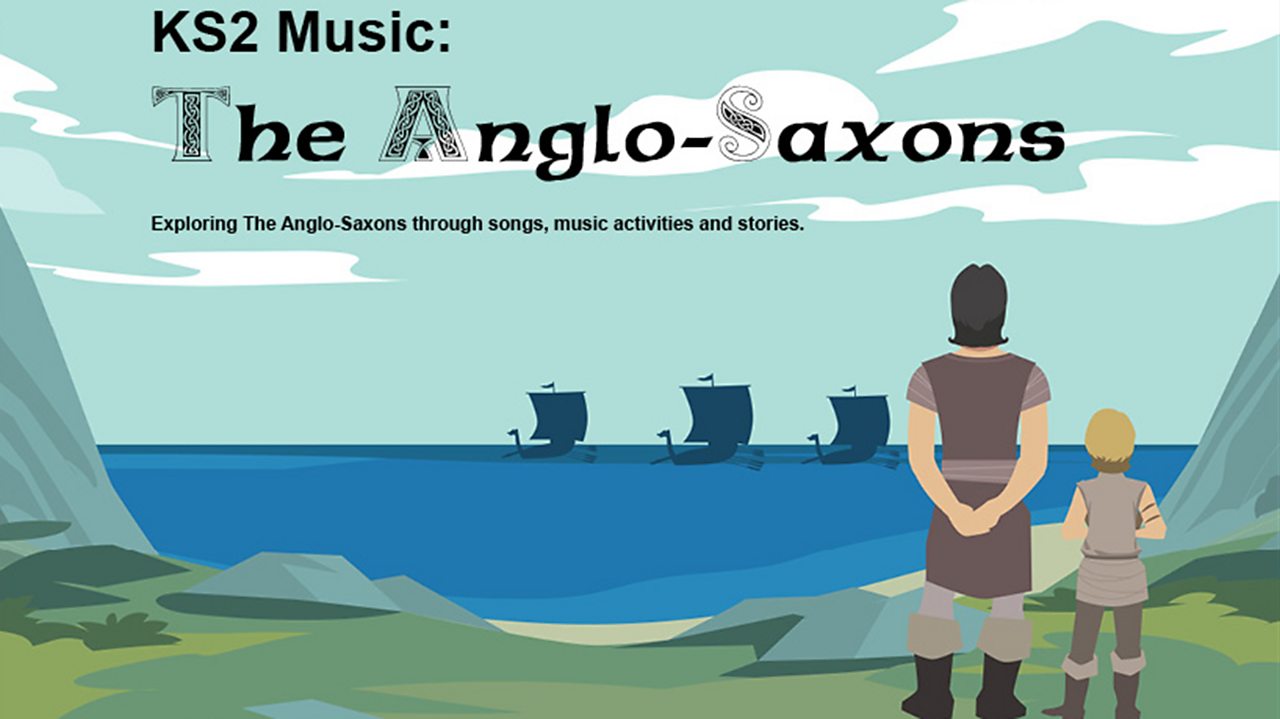 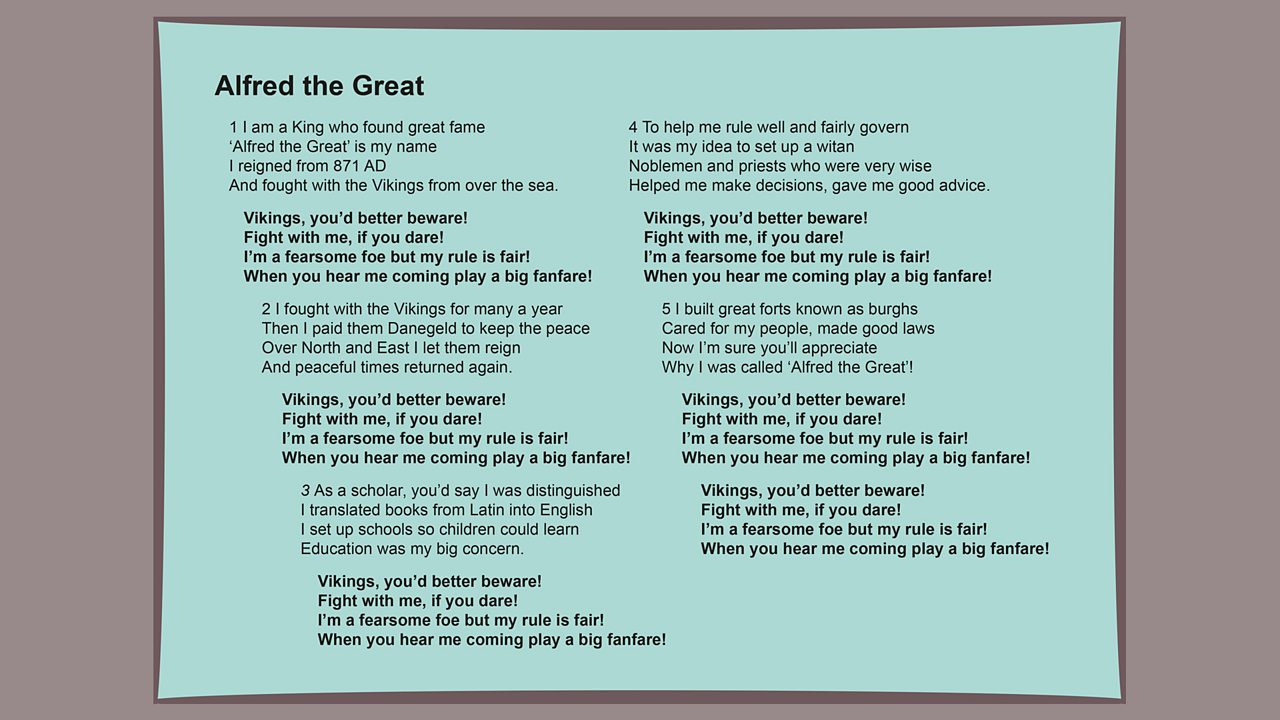 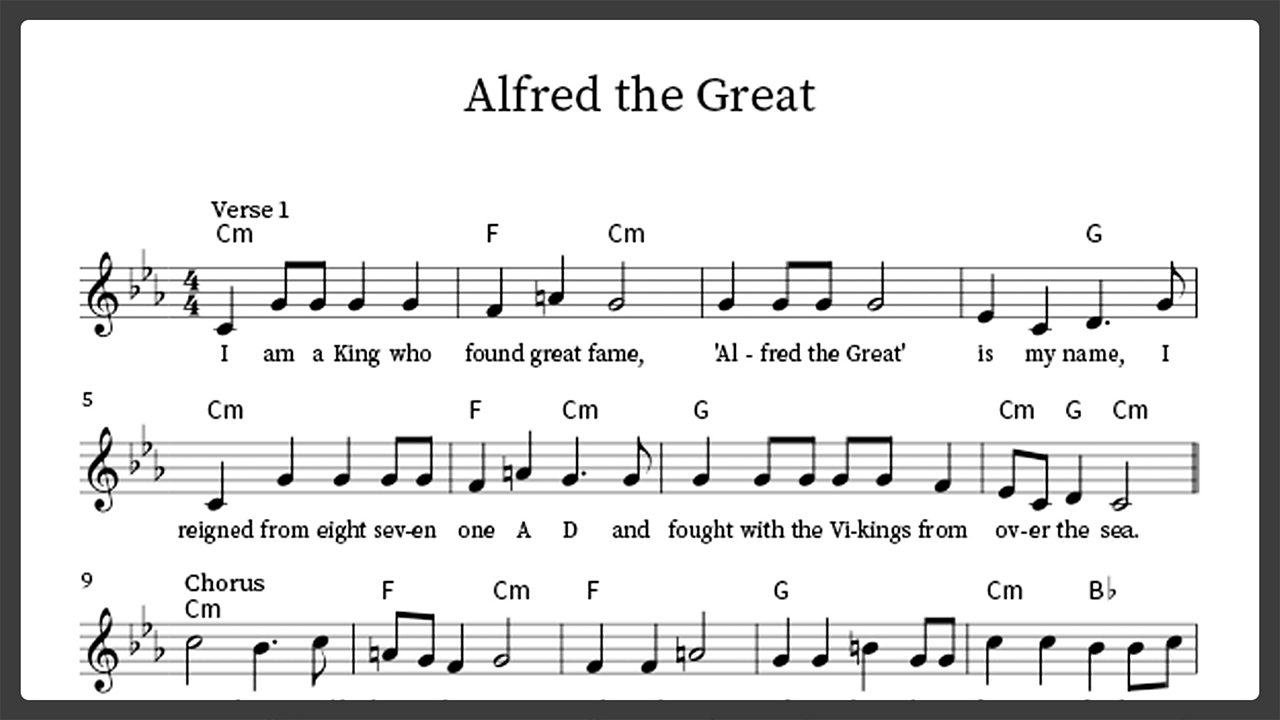 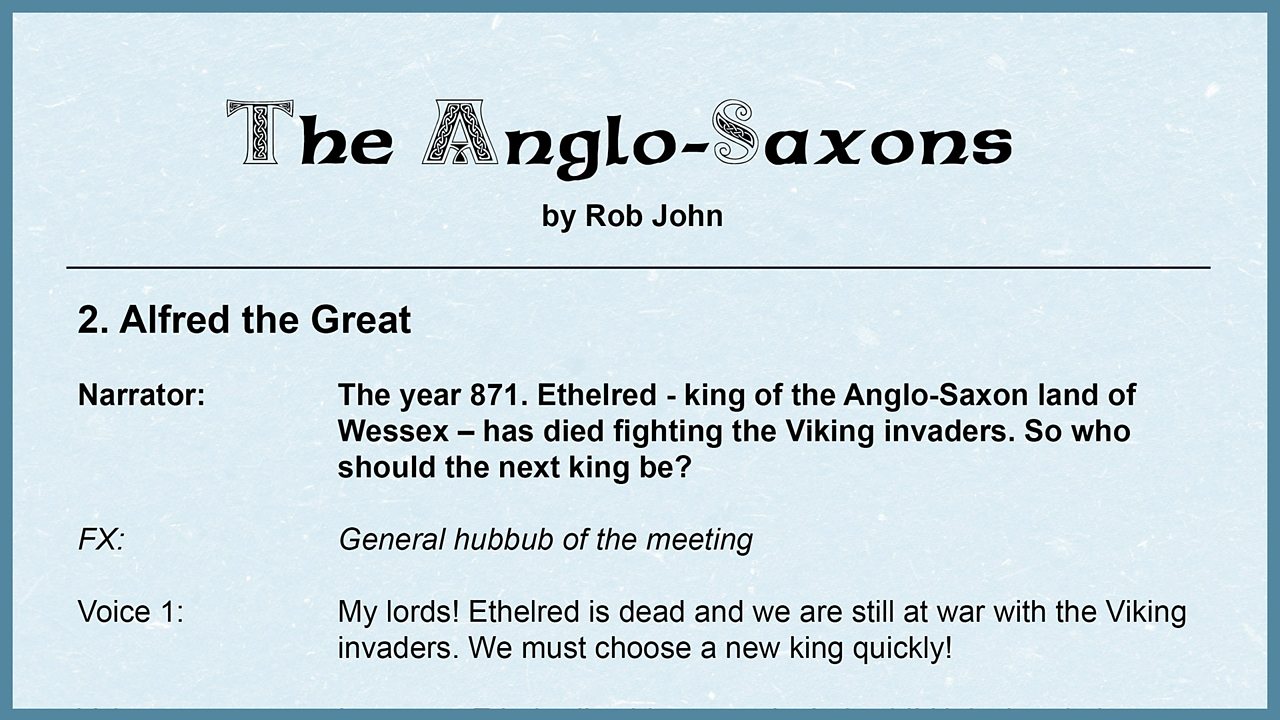 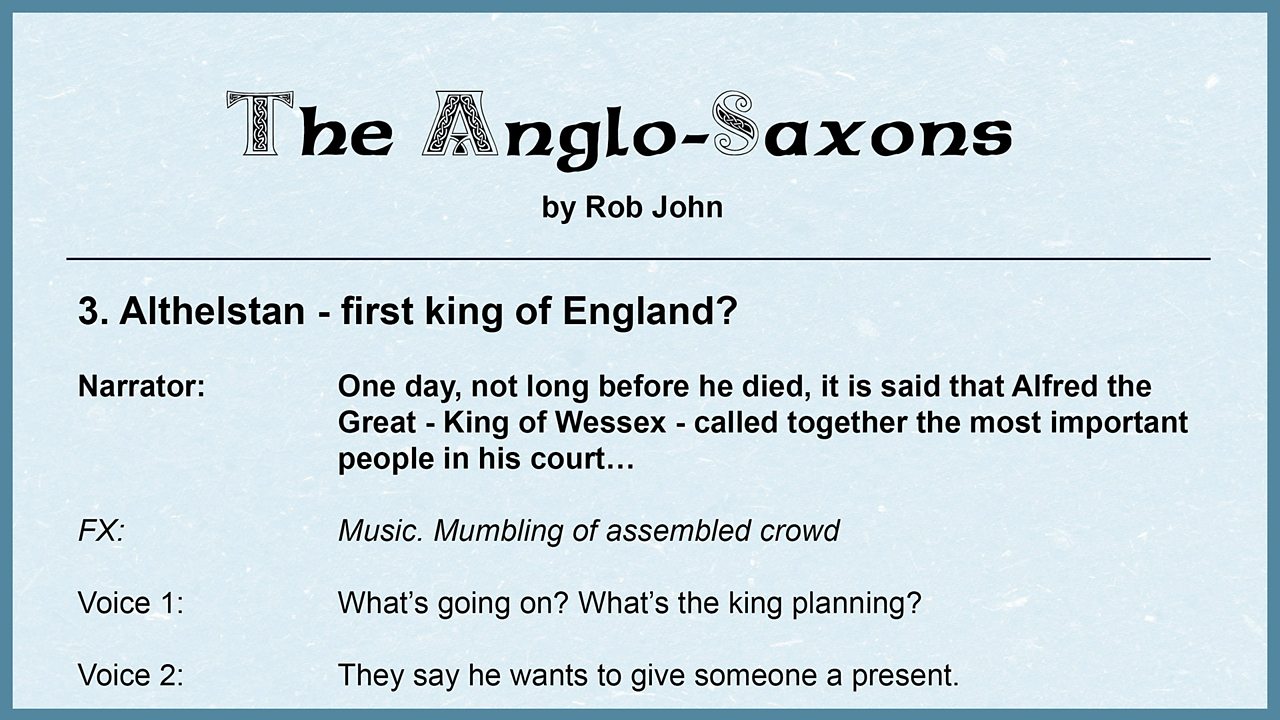