The songs and music activities in Traditional Tales are inspired by three stories from around the world: Tiddalik the Frog (an Aboriginal story from Australia); Lakshmi and the Clever Washerwoman (a traditional Hindu story from India) and Anansi and the Moss-Covered Rock (a West African folk-tale). The resources for each story include songs to learn - with presenters Andy Day and Rebecca Keatley of CBeebies; animations of the story; music activities based on the music for the song; listening music to appraise and a wealth of activity sheets to print. 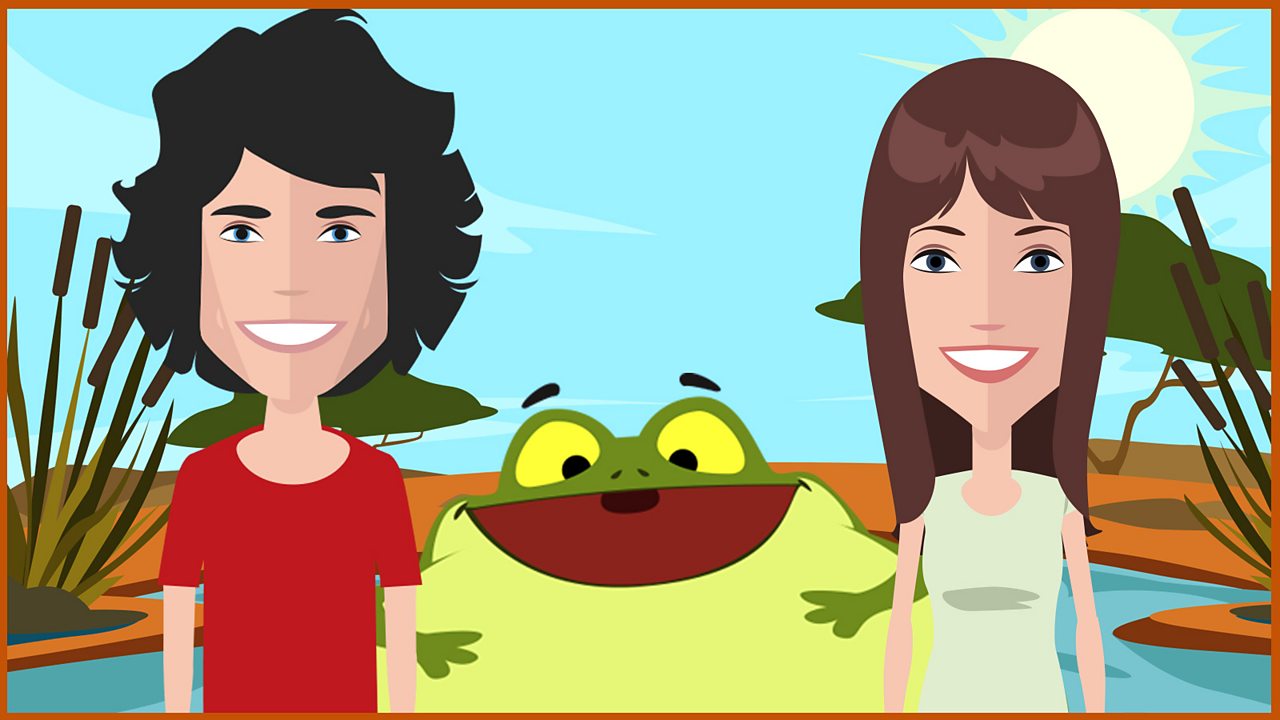 1: Tiddalik the Frog was thirsty, thirsty

Age 5 - 7. Andy Day and Rebecca Keatley have songs and activities based on the famous Aboriginal story.

Age 5 - 7. Andy and Rebecca have more songs and music activities exploring the second episode of Tiddalik the Frog. 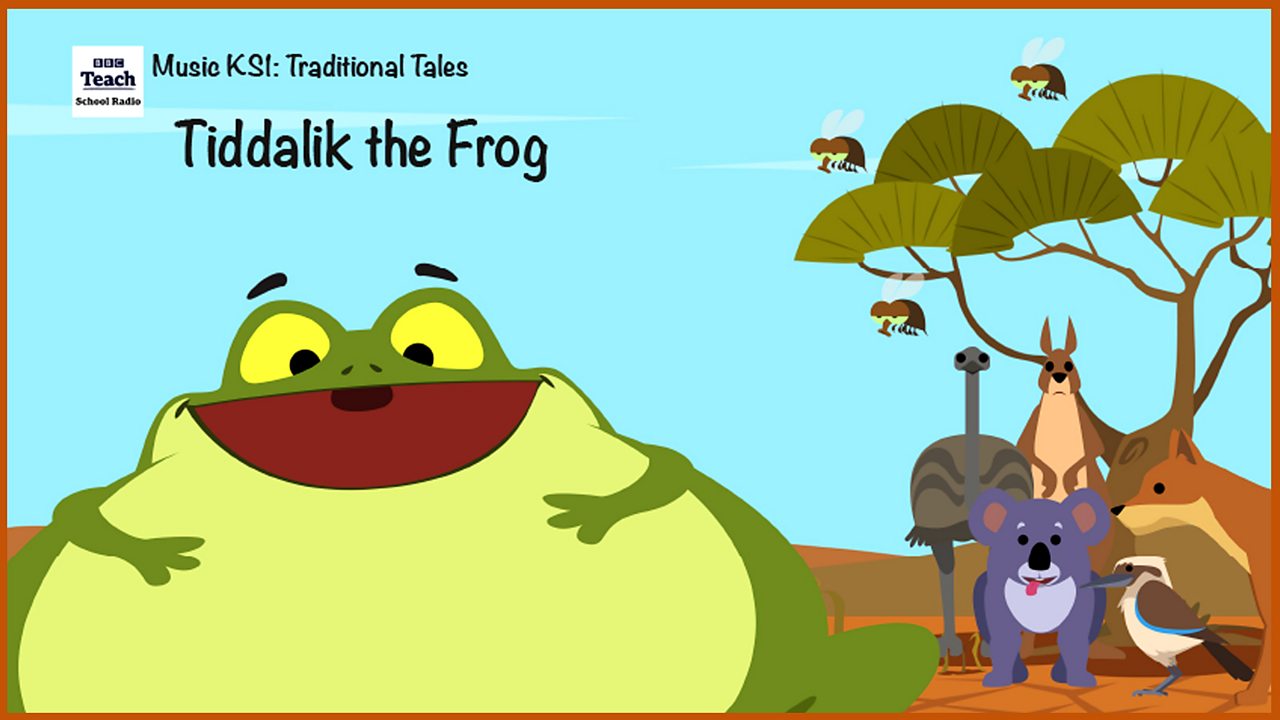 Lakshmi and the Clever Washerwoman 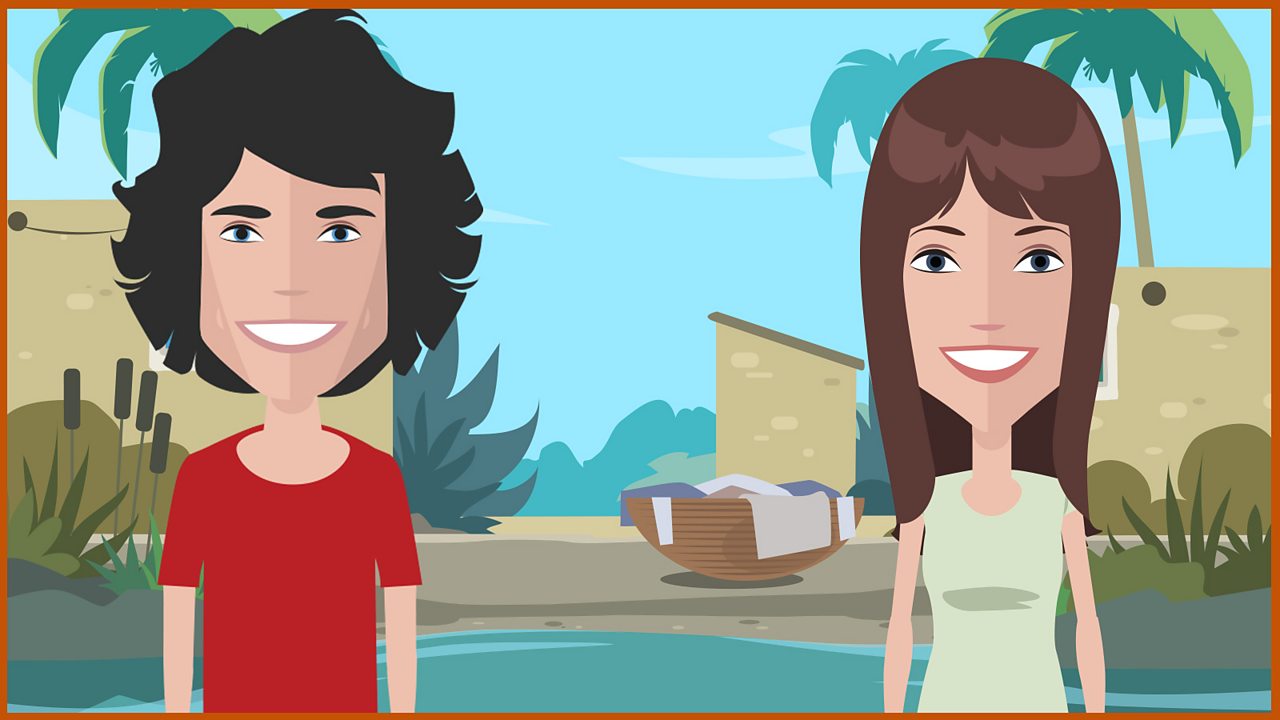 Age 5 - 7. The songs and music activities explore the first part of an ancient Hindu story about the goddess Lakshmi.

2: Lakshmi walks through the night

Age 5 - 7. More songs and music activities with Andy and Rebecca based on the second part of the story about the goddess Lakshmi. 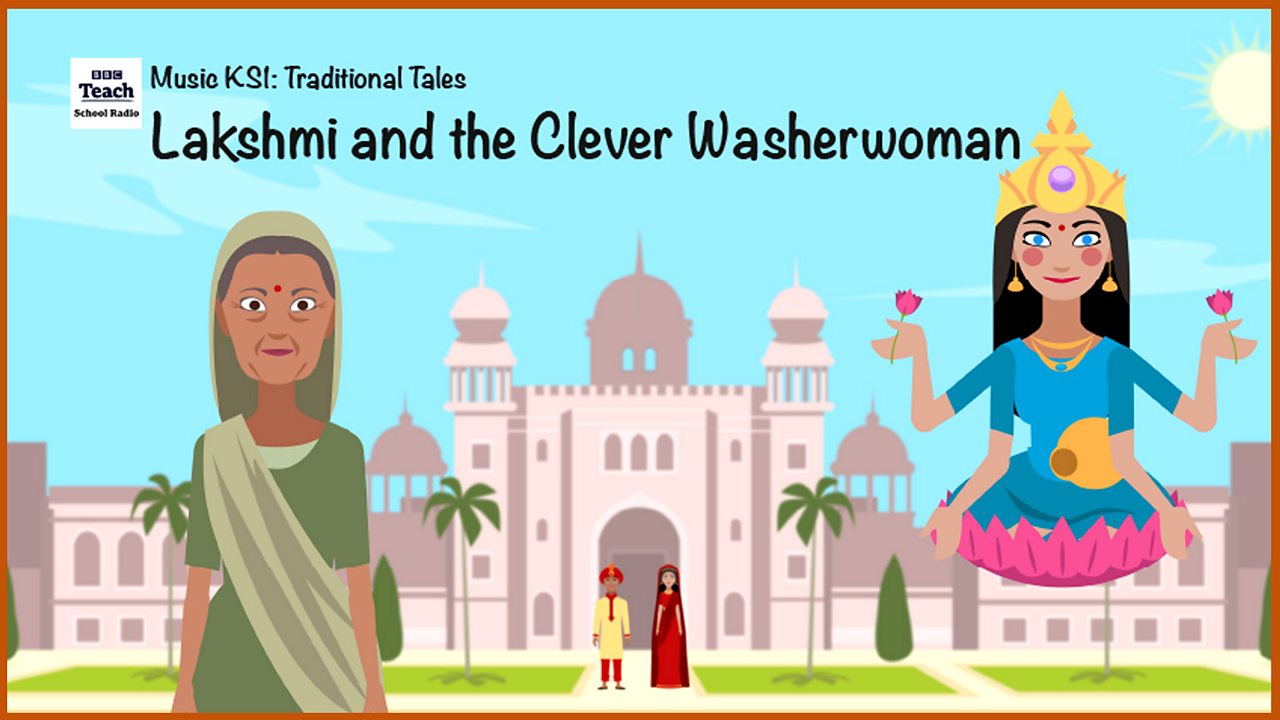 Anansi and the Moss-Covered Rock 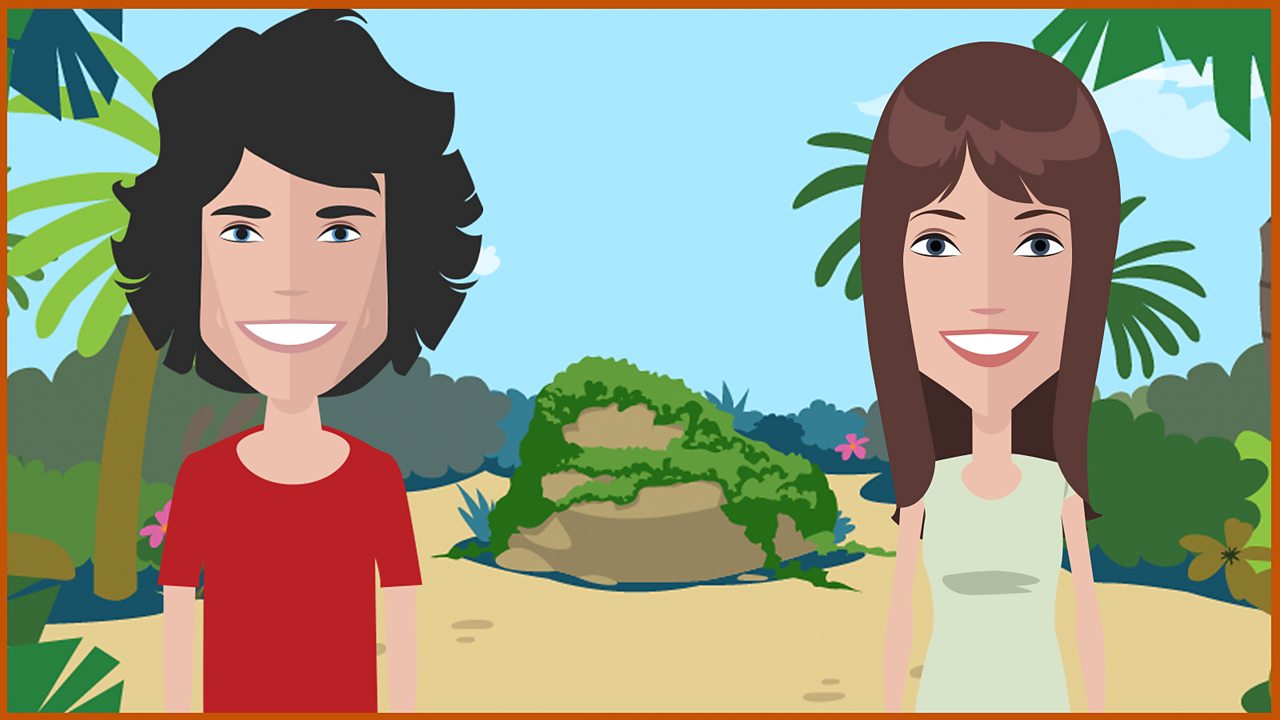 Age 5 - 7. Andy and Rebecca begin a story about the trickster spider Anansi with more songs and music activities.

Age 5 - 7. Andy and Rebecca conclude the Anansi story and have more songs and fun music activities. 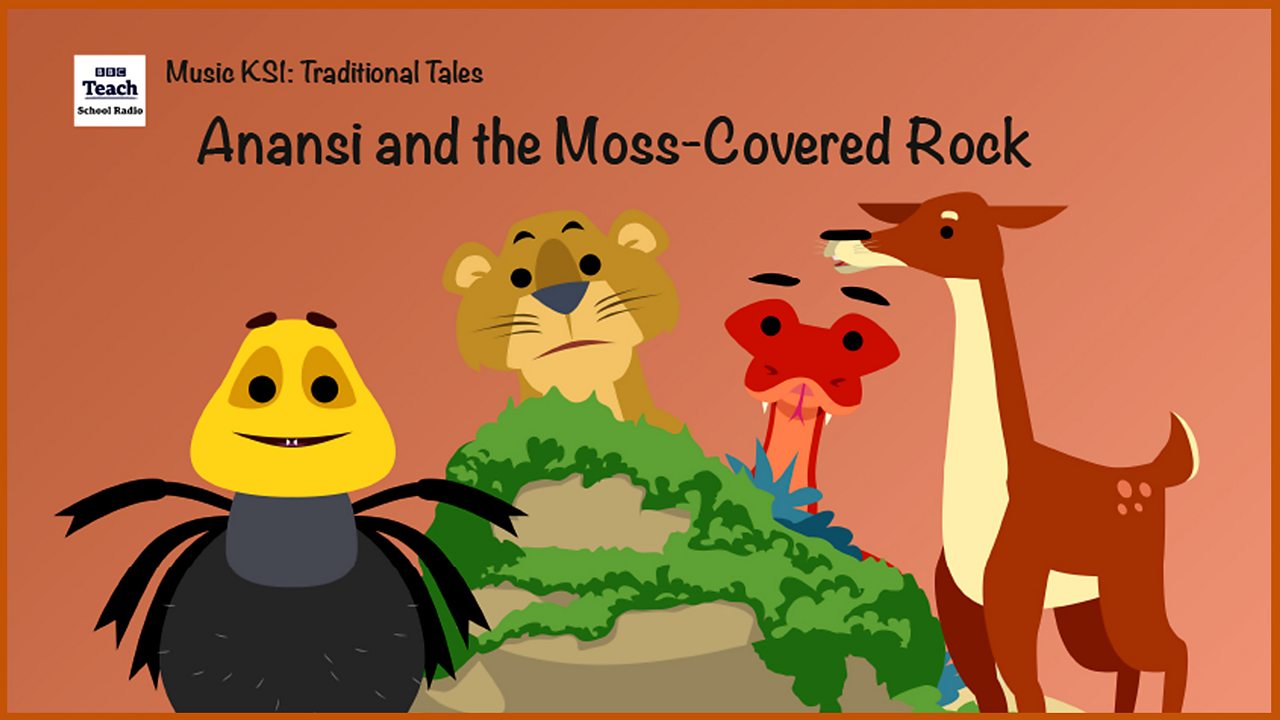 The music content in this series explores three well-known traditional stories. Each story is accompanied by two songs which focus on the action of the stories. The stories are: Tiddalik the Frog, Lakshmi and the Clever Washerwoman and Anansi and the Moss-Covered Rock.

Tiddalik is a famous 'Dreamtime' story of the Aboriginal people of Australia and has been retold in several picture books. In the story Tiddalik becomes so thirsty that he drinks all the water in the world - streams, rivers and billabongs. The other, very thirsty, animals must find a way to get it back and decide if they can make the grumpy frog laugh perhaps the water will come out of his belly. See the Teacher Notes.

Lakshmi and the Clever Washerwoman

This story comes from India, where Lakshmi is the Hindu goddess of wealth and prosperity and is central to the festival of Diwali. A queen is given a new necklace as a present by her husband. When she goes to bathe in the river she takes the necklace off and it is taken by a crow. The crow drops the necklace further down the river where it is picked up by the washerwoman. She returns the necklace to the palace and, for her reward, requests that on the following day - Diwali - only she be allowed to light a diva lamp to guide the returning Lakshmi through the dark. See the Teacher Notes.

Anansi and the Moss-Covered Rock

This is one of the most popular stories about Anansi, who features in West African folklore as a cunning part-man, part-spider, character. In this story Anansi discovers a magic rock and learns that saying the words ‘Isn’t this a strange, moss-covered rock!’ will instantly send the speaker to sleep. He uses his discovery to trick the other animals out of their food. Little Deer has seen Anansi at work so when he tries the trick on her she is ready to trick him back. See the Teacher Notes.

The Music skills appropriate to Years 1 and 2 that are targeted in the content include: 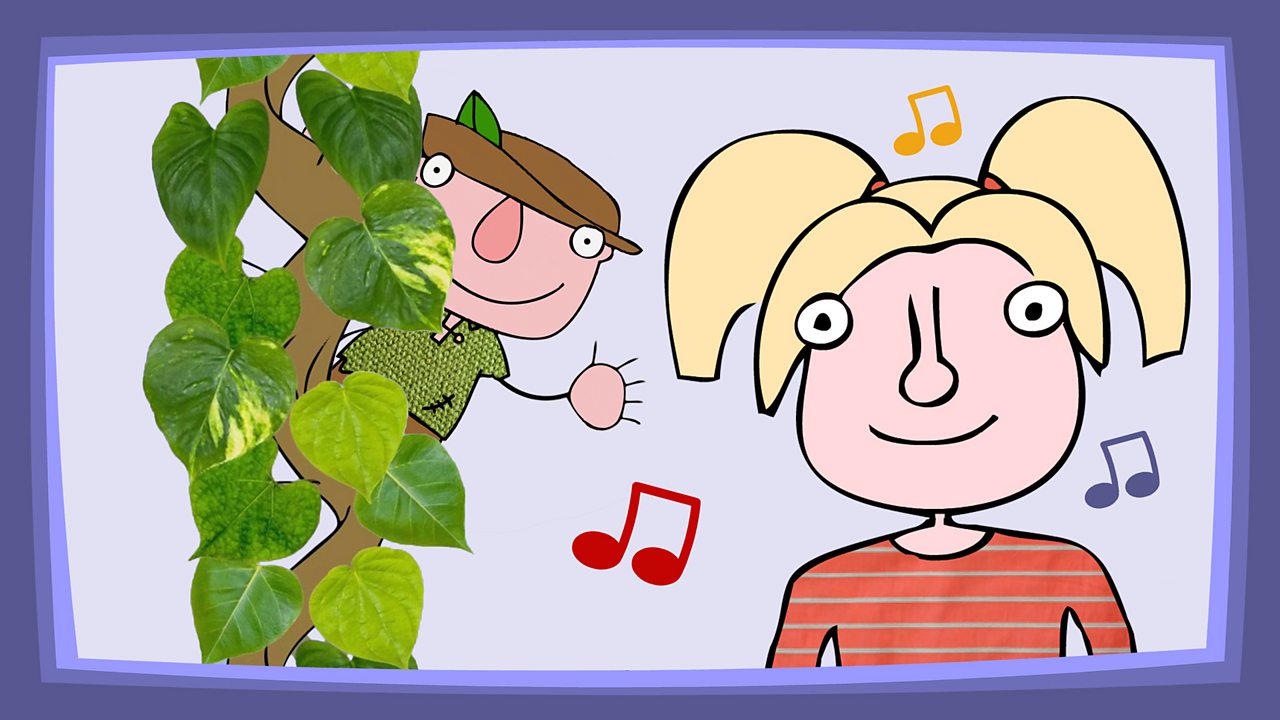 KS1 Music: Jack and the Beanstalk 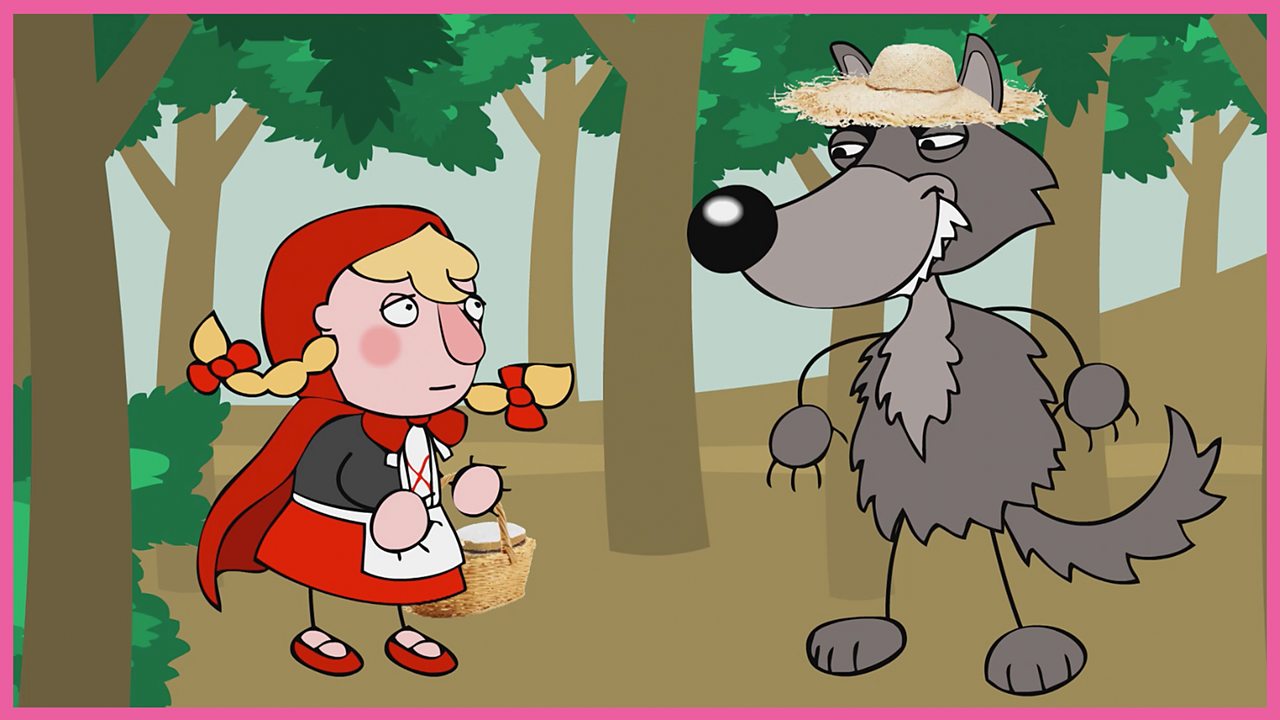 Age 5 - 7. Video resources with seven songs to learn and an animation of the story. 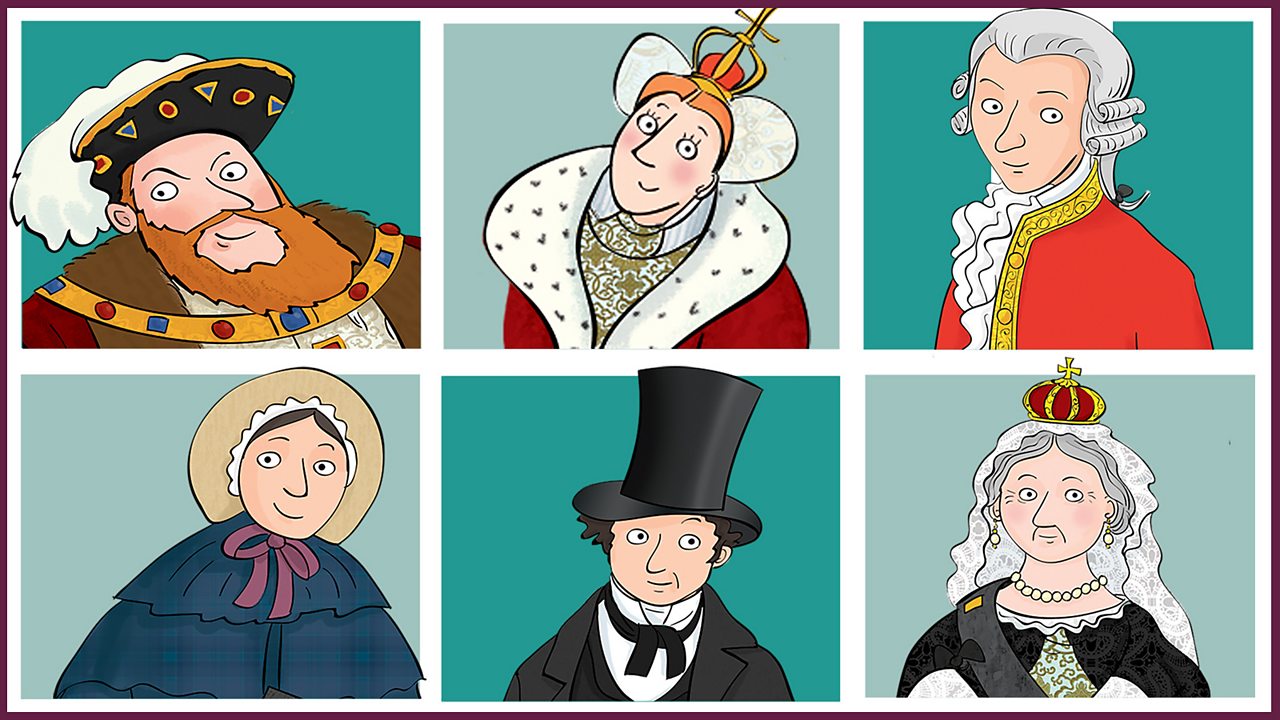