The Spirit ushers Scrooge away to another winter scene. It is Christmas once more and Scrooge is standing outside the warehouse where once he was an apprentice. They go inside and Scrooge is delighted to find his former boss - Mr Fezziwig. Mr Fezziwig is instructing a young Scrooge and his fellow apprentice, Dick, to ready the premises for their annual Christmas party.

The scene fills as in come a fiddler, Mrs Fezziwig, all the other Fezziwigs and the employees. They enjoy music and dancing and when finally the joyous evening comes to a close Scrooge is forced to reflect on his own behaviour as an employer.

The scene shifts again and this time Scrooge finds himself witness to a scene between himself as a young man and a young woman who is clearly his fiancée. However, through the course of the conversation it becomes clear that the young lady has detected that young Scrooge's heart has become concerned with little else other than financial gain. Full of regret, she releases Scrooge from their bond, sensing that this is what he wishes.

The watching Scrooge fills with pain at the memory. But the Spirit has one final Christmas scene to show: Scrooge's former fiancée now older and happily settled with a loving family. The pain is so great for Scrooge that he demands to be taken away; he struggles with the ghost, finally snuffing out its light, whereupon Scrooge falls into bed and sinks into a deep sleep once again.

Ideas for Teaching and Learning:

Revisit the description Dickens gives of the Fezziwig premises for the fourth Christmas. Find the descriptive language used and imagine the picture it paints. Discuss why Dickens wanted to create such a vivid picture for us and for Scrooge.

Talk about the character of Mr Fezziwig. Use role on the wall to list facts and feelings about Mr Fezziwig. Pupils can list his qualities and the effect these qualities have on others.

Compare him to the kind of employer that Scrooge has become. Pupils can again explore how Scrooge’s style of managing effects those around him contrasting with Mr Fezziwig.

Scrooge reflects for a moment on Bob Cratchit, his clerk. Remind the pupils about his relationship with Cratchit in episode 1. If Scrooge could speak to him now, what would he say? Pupils could complete speech bubbles in the role of Scrooge. Encourage them to think of how Scrooge might express his feelings. Would he apologise? Would he offer him a better quality of working life? In response, how would Cratchit react to Scrooge being different? Would he believe him?

Explore the theme of greed through the fifth Christmas and the character of Scrooge’s fiancé. Discuss the big decision she has had to make and why. A drama technique such as conscience alley could be used to help Scrooge or his fiancé with their decision making e.g. should Scrooge allow her to leave or decide to convince her to stay?

Ask pupils to think back to both descriptions and how vivid they are. Was it really like that in Victorian times? Discuss how authors use exaggeration to emphasise something to their reader. Explore the vocabulary he chose which exaggerates the images he wants readers to envisage. Pupils could draw or paint the scenes to show the detail using his words and phrases as prompts on the wall.

Ask pupils to reflect on how Scrooge has become the way he has. What events have happened to him and what has been of his own making? Encourage the pupils to compare this to their own choices such as who are our friends, how we treat others, what job we might do and so on. 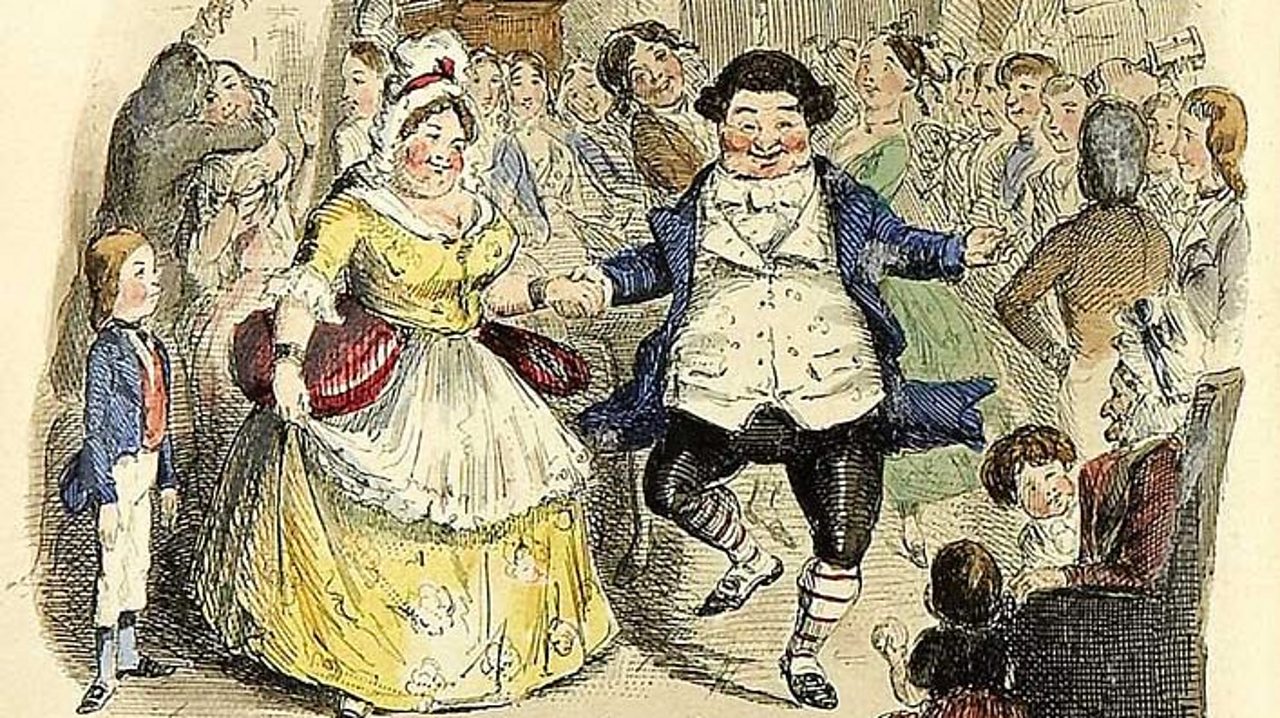 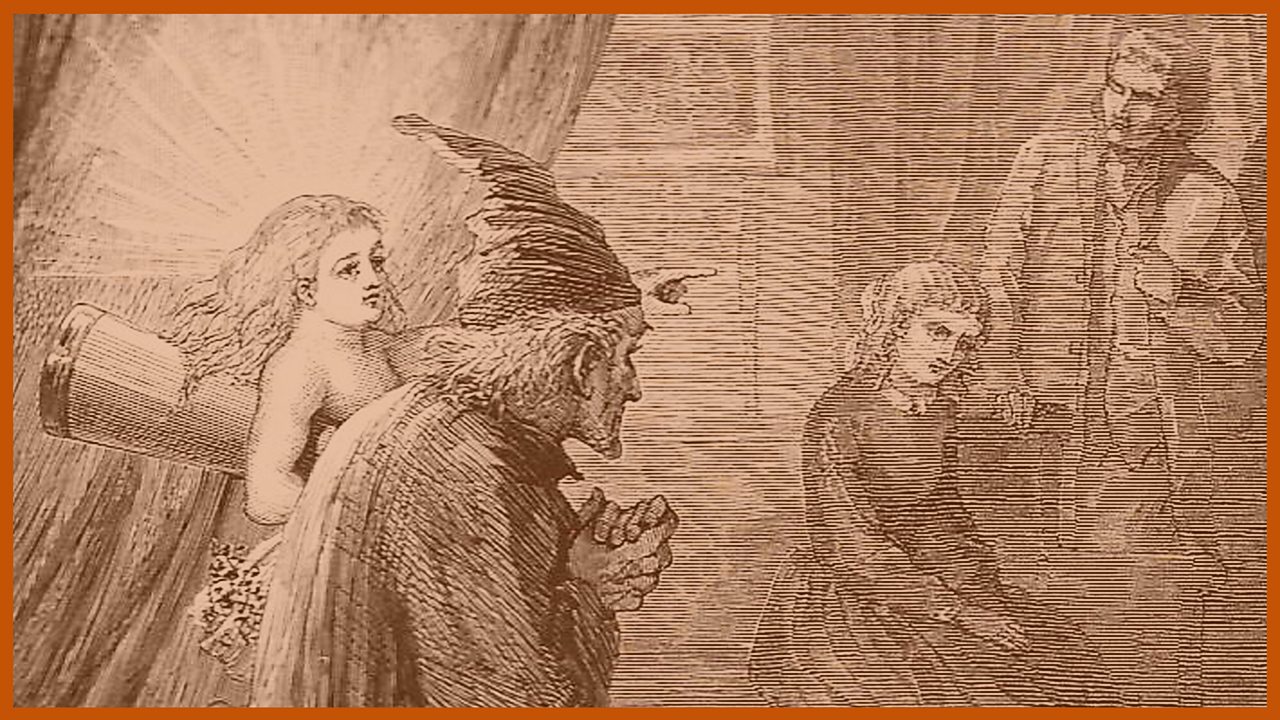 Episode 3: The first of the three spirits

Scrooge is visited by the Spirit of Christmas Past and shown scenes from his childhood. 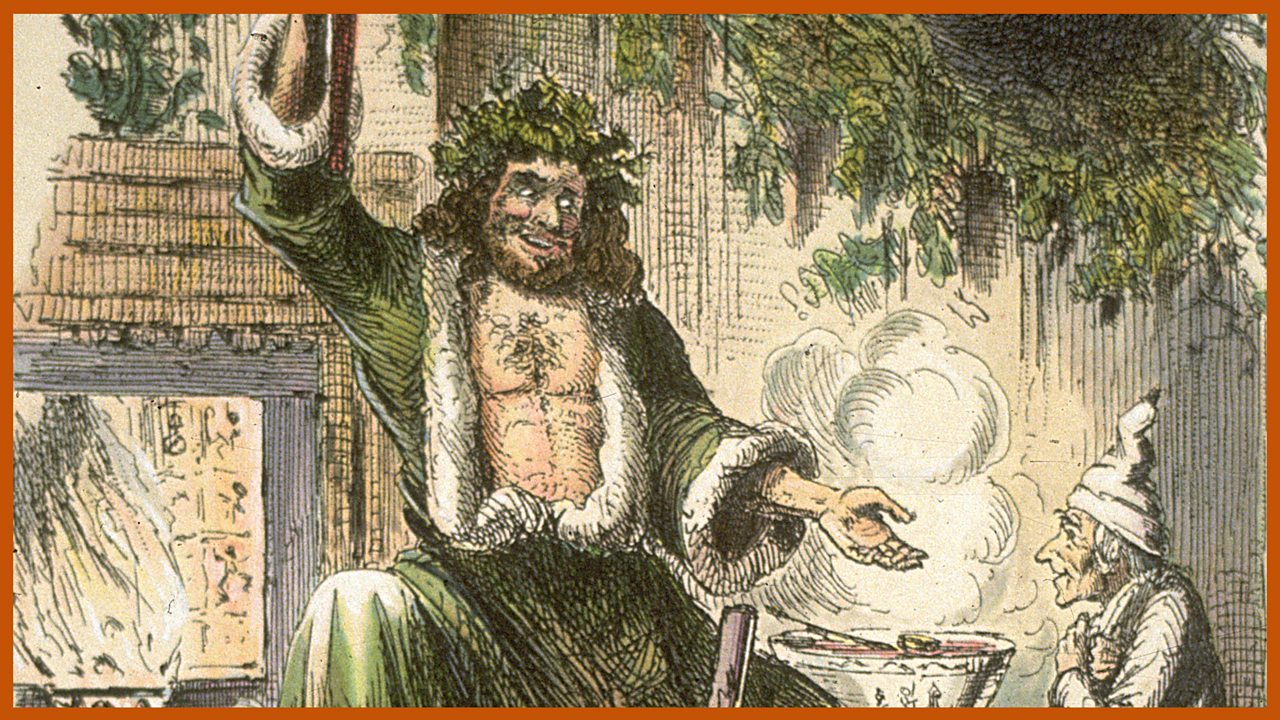 Episode 5: The second of the three spirits

Scrooge is visited by the second of the three spirits and is taken to the home of Bob Cratchit. 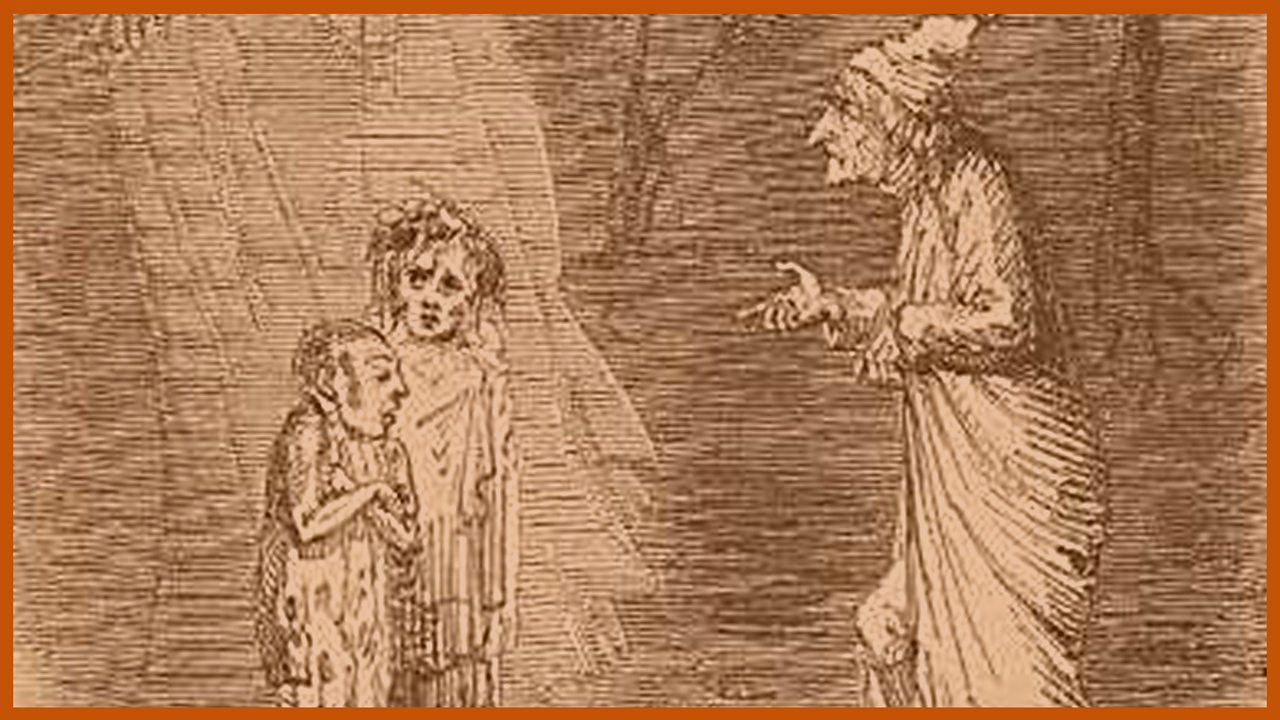