Mr Cone was a big round man with a fluffy moustache.

The two ice cream vans faced each other with only a small area of grass between them, but Mr Cone and Mrs Wafer were not good friends because they both wanted to sell the most ice cream.

Every morning, as the sun began to rise, Mrs Wafer would put out pretty covered tables and chairs for her customers to sit at. At the same time, Mr Cone would set up deck chairs and lay out rugs for his customers to relax on.

'I sell the ice creams round here! Go away!' Mr Cone would mutter.

'I don’t think so, Mr Cone. You go away!' Mrs Wafer would sing-song back.

Mr Cone thought flavour was the most important thing about ice cream and his selection was very big. There was blueberry, salted caramel, butter pecan and the pinkest bubblegum flavour ice cream you have ever seen!

Mrs Wafer, on the other hand, liked to create works of art with simple flavours. She would slice a banana with two scoops of vanilla ice cream and top it off with whipped cream, sprinkles and chocolate sauce.

One day, as the sun was getting higher and hotter in the sky, children and their parents were making their way towards the vans to decide whose ice cream they would enjoy today. The children rushed from one side of the grass to the other looking into each van, not knowing what to choose.

Peering through the glass at Mr Cone’s delicious flavours and Mrs Wafer’s wonderful creations only made them more confused...

'I’ll have a cookie dough!' one of the older children called out, standing head and shoulders above the rest.

'I would like one of your famous fruit sundaes, Mrs Wafer!' one of the Dads chimed in.

'It would be my pleasure!' Mrs Wafer smiled back.

All the colours and the flavours were enough to make each person change their mind over and over again, but everyone was happy with what they had chosen.

Mrs Wafer and Mr Cone weren’t happy though. Each time Mr Cone sold an ice cream so too did Mrs Wafer. They were so worried about selling more ice cream than the other - and being the day’s winner - that they couldn’t enjoy the smiling faces all around them.

Then the youngest, little girl in the crowd piped up with something that nobody had thought of before.

'I would like one of Mrs Wafer’s banana splits with whipped cream and sprinkles...BUT, made with one scoop of Mr Cone’s honeycomb and one of salted caramel.'

She looked from one side to the other.

Mrs Wafer and Mr Cone both stopped what they were doing. They didn’t know what to say. This had never happened before. Everyone was quiet.

'Pleeeeeeeaaaaassseeeee!' said the little girl with the biggest grin she could manage.

Mr Cone looked at Mrs Wafer. With out saying anything, she sliced a banana, put it in a bowl and passed it to the little girl.

‘Give that to Mr Cone,’ Mrs Wafer said.

‘Give that to Mrs Wafer,’ he said and the bowl was passed back.

Mrs Wafer squirted on the whipped cream and topped it with sprinkles.

'Taaaa-Daaah!' they both said at the same time and for the first time ever they both smiled from ear to ear.

The little girl turned towards the crowd of people and held up the ‘Ultimate Banana Split'!

'Hooray! Hooray!' everyone cheered. They clapped and laughed. And so did Mrs Wafer and Mr Cone.

After all these years of not being friendly to each other, all it had taken was a little nudge for them to realise that working together was the best way for everyone to get along. And from now on, every morning, they would greet each other with a smile and a wave and sell lots of ice creams together – with teamwork! 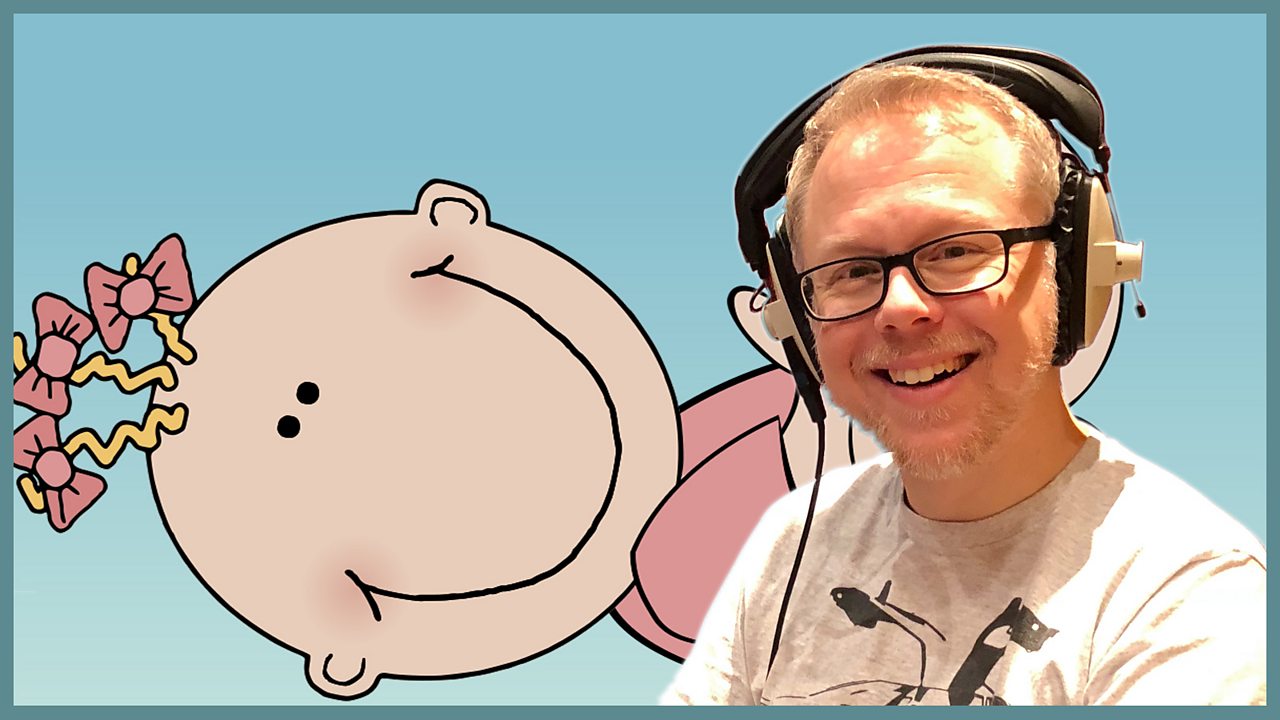