Ethel the space alien lived on the planet Casa, a long way away from Earth. She loved travelling and making new friends.

One day Ethel started a new job as a 'Faraway Friend Finder'. Her mission was to travel all over the universe making new friends in faraway places. And she’d been given her very own spaceship.

She scooted to the end of the garden path where her spaceship was waiting.

'Welcome Ethel, I am Joya!' said the spaceship. 'I hope you’re ready for a new adventure. Let’s get going!'

It whizzed around and when it stopped it was pointing to the planet Earth in a galaxy called the 'Milky Way'.

'Hooray! We’re off to the Milky Way!'

After a while they reached the 'Milky Way' and Ethel could see the planet Earth in the distance.

'We’re landing on Earth soon, in a country called Kenya,' said Joya. 'I hope we find some faraway friends!'

The sky was clear above the scrubland in Kenya. And a large troop of monkeys were having their breakfast, when suddenly the littlest monkey shouted:

A strange flying object was zooming towards them. It landed close by with a big bump.

The monkeys scattered and hid. All but one, the littlest.

So, when Ethel the space alien stepped out of the spaceship door, only one little monkey was there to meet her.

'Hello, I’m Ethel the alien, from the planet Casa. I have come to make some faraway friends.'

'Great,' said Ethel. She noticed the other monkeys peeping out from behind the trees.

'Who are they?' Ethel asked.

'They’re my troop, but they’re a bit scared. They’re not as brave as I am,' said Bet. 'If you want to be friends we could comb each other’s hair,' Bet suggested.

'What have you found?' Bet asked Ethel keenly.

'Your hair is very long and shiny,' said Ethel triumphantly. 'Ooh look what I’ve found in your hair, half a leaf, a small twig and something rather curly,' said Ethel, pulling Bet's tail. 'Oops sorry, that’s your tail!' said Ethel, giggling.

Ethel and Bet played all afternoon while the rest of the monkeys peeped from behind the trees.

Ethel gave Bet a long ride on her back.

Then they had a tree climbing race, which Bet won of course! Monkeys are marvellous at climbing.

Ethel shared her Jungo snacks and Bet showed Ethel where to find the tastiest berries.

Then it was time for Ethel to go. 'I will never forget you!' Ethel told Bet. 'You’re my first faraway friend!'

Ethel jumped in her spaceship - but oh dear...

There wasn’t enough fuel to get home.

So Ethel grabbed her hug helmet, which was connected up to the fuel tank by a curly wire. Then she asked Bet for her help.

'My spaceship is fuelled by hug power!' she told her. 'But I need more fuel.'

Ethel needed an enormous hug to help her get home.

Bet scampered off and came back with her whole troop.

It feels very good to be hugged by a whole troop of monkeys. A little bit squishy and rather noisy, but very good.

Soon the fuel tank was full.

Ethel waved goodbye and her spaceship whooshed off.

'Earth aliens are furry and funny and very kind. They make excellent faraway friends,' said Ethel when she got home. 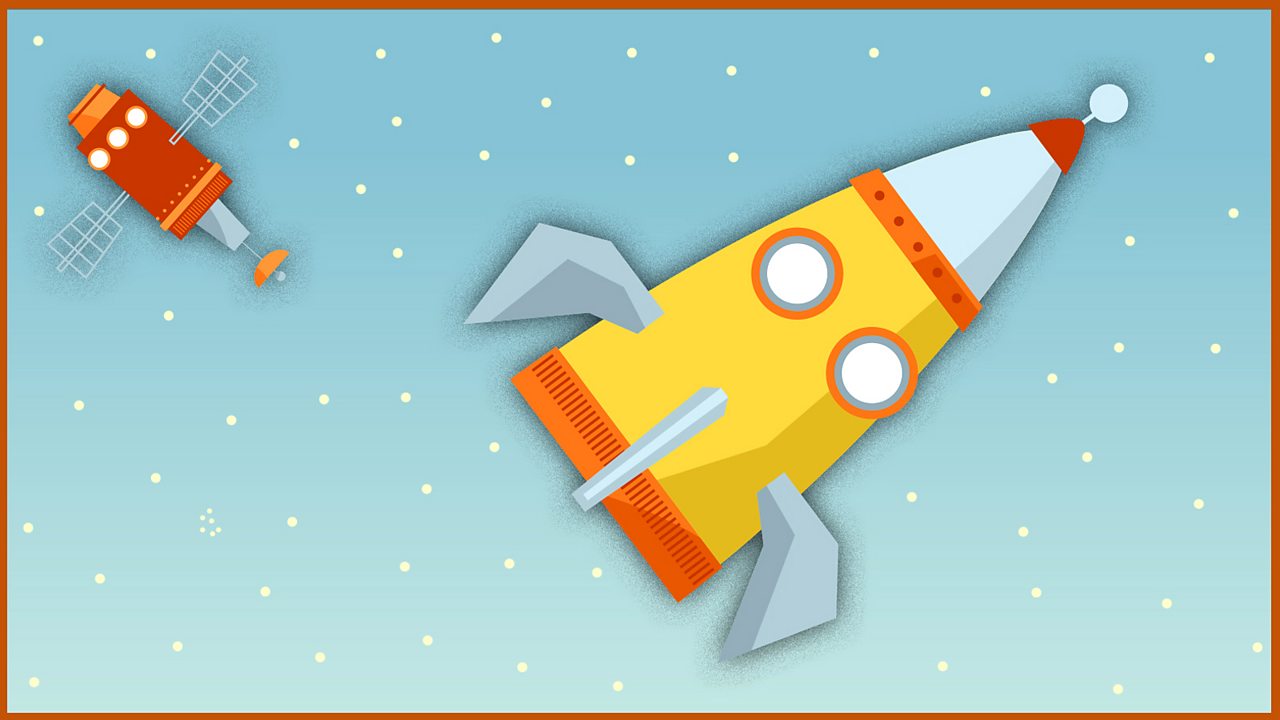 EYFS. Lola loves everything about space...her bedroom is covered in stars and planets.