‘Look at me!’ said the Hare to the other animals. ‘Just look how fast I can run.’

The Hare ran across a field as fast as he could. All the animals agreed that yes the Hare was very fast.

‘So who wants a race?’ said the Hare. ‘Anybody think they could beat me?’

None of the animals spoke.

The Hare laughed. ‘You? The slowest creature in the whole world? I’m not wasting my time racing a Tortoise.’

‘What’s the matter?’ said the Tortoise. ‘Scared I might beat you?’

Some of the animals laughed at that so the Hare said, ‘Alright then, Tortoise. Let’s have a race...right now...then we’ll see who’s laughing.’

‘Not today,’ said the Tortoise. ‘We’ll race next week. Got to do a bit of training first.’

Next morning the animals watched the Tortoise do his ‘training’. First he did some gentle stretching exercises to warm himself up...and then he started to run.

‘Has he started running yet?’ asked the Fox.

‘Tortoise, are you sure about this?’ said the Crow. ‘I mean the Hare IS very fast and you...well...’

On the day of the race crowds of animals came to watch. The Tortoise slowly made his way to the starting line and then suddenly...the Hare arrived at top speed wearing a brand new track suit and four expensive-looking trainers.

‘The race starts here.’ said the Fox, pointing to a line on the ground. ‘And ends at that tree on the other side of the field. First one to touch the tree is the winner.’

‘Right, let’s get on with it,’ said the Hare. ‘Ready Tortoise? Ready to see some real speed?’

‘Ready, steady...go!’ said the Fox and the race began.

The Hare roared off then stopped and looked back. The Tortoise was still crossing the starting line. The Hare ran back to the Tortoise.

‘Didn’t you hear him say go? You can start, you know.’

‘I have started,’ said the Tortoise.

‘Look,’ said the Hare. ‘You’re going so slowly I’m going to have a rest. Might even have a little sleep. I’ll finish the race when I wake up and still beat you by miles.’

The Hare lay down in the sun and fell asleep. The Tortoise kept going. Slowly, steadily he moved across the field and by evening time he was getting close to the finishing tree. Still the Hare slept on and now the animals started to get excited.

‘You know what? I think he might win,’ said a Rabbit.

‘I can’t believe it,’ said the Badger. ‘The Tortoise might actually win.’

The animals started to get excited and as the Tortoise got close to the finishing tree they started to cheer.

But the noise of the cheering crowd woke up the Hare. He looked across the field, saw the Tortoise about to reach the tree and in a flash he was running.

‘There you go,’ said the Badger. ‘Slow and steady’s sometimes better than fast and flashy.’

But no-one was listening to the Hare 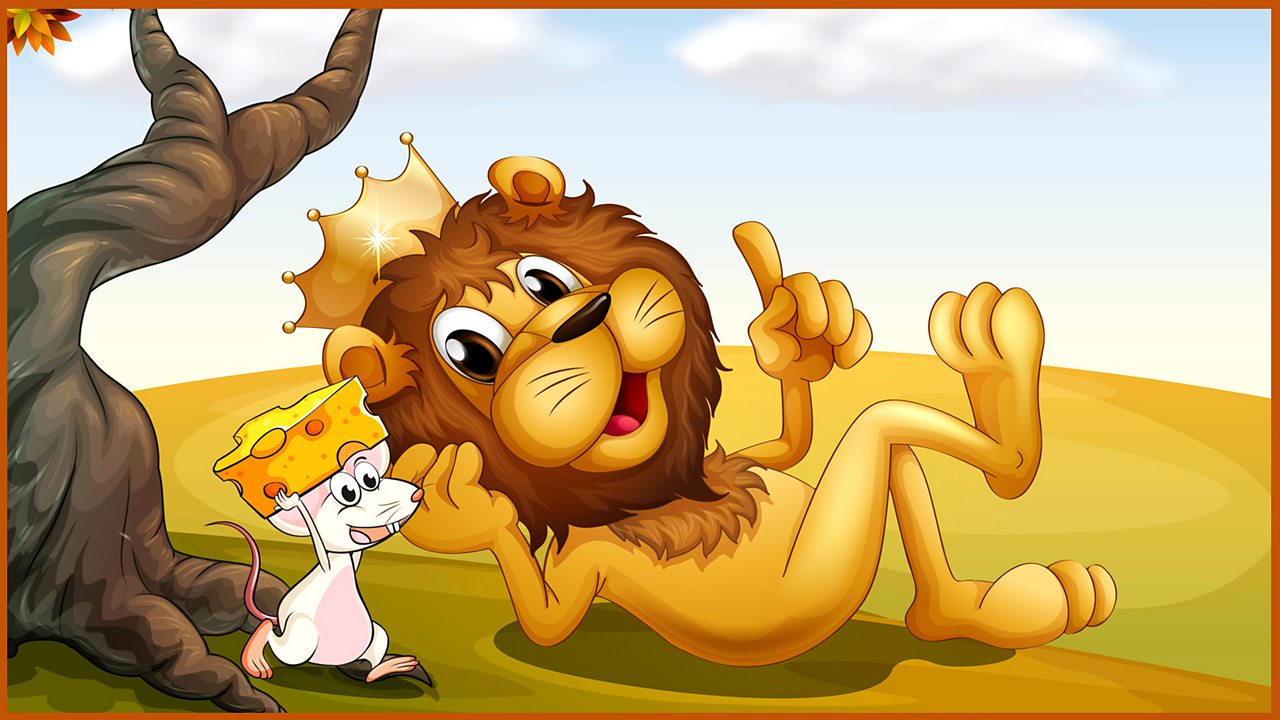 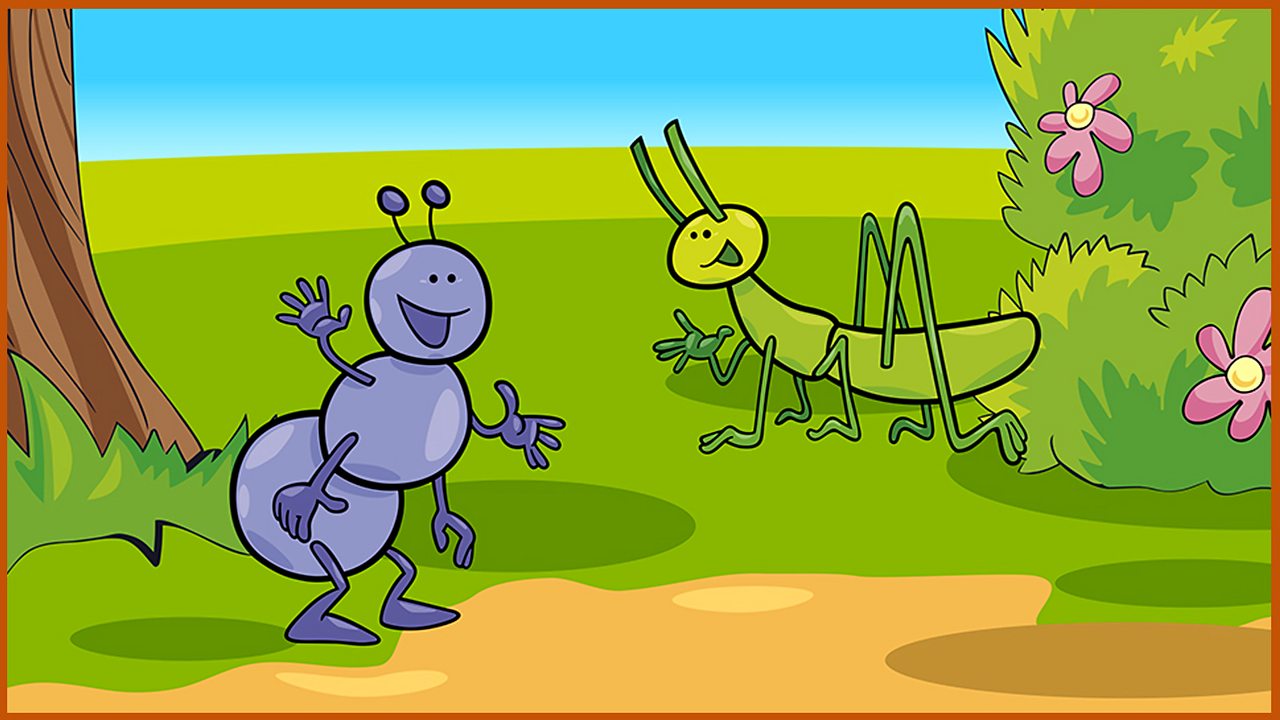 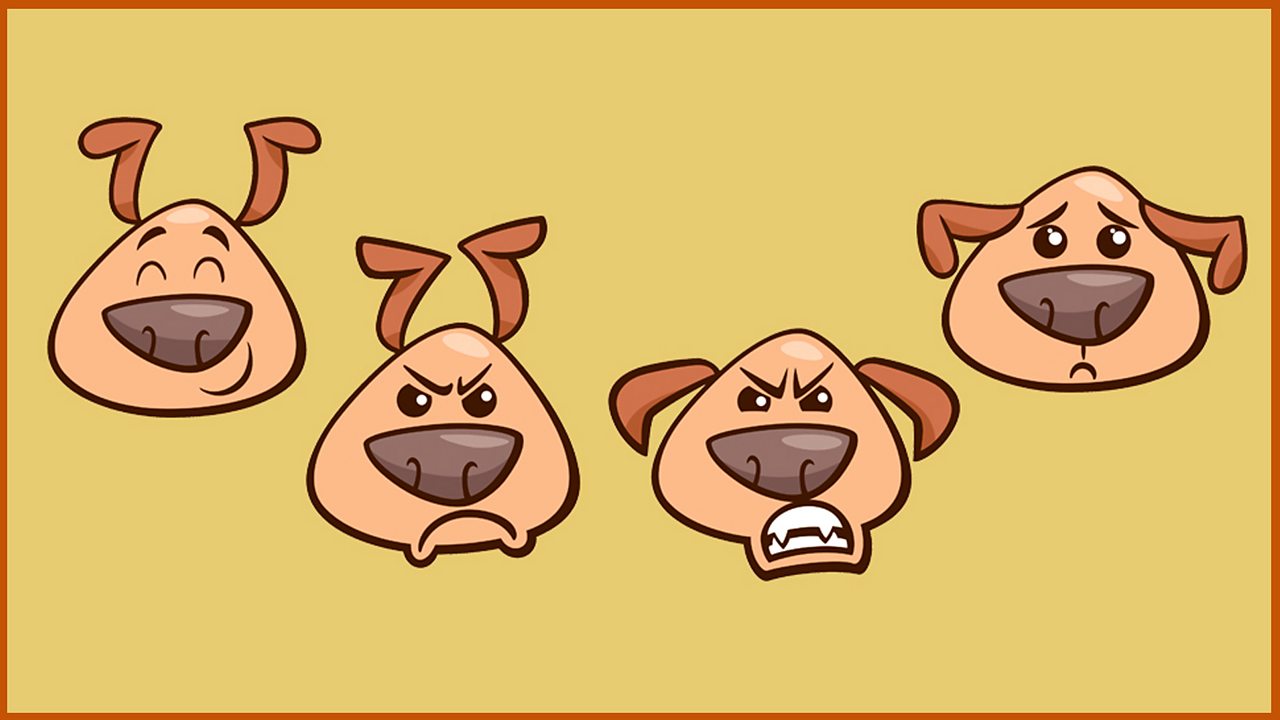 KS1. The dog is punished for his greed in the well-known fable by Aesop.