Summary: How often do you hear someone say 'But it's not fair!' This assembly gives pupils an opportunity to consider what 'fairness' is and to consider how they can try to make sure they treat everyone else 'fairly'.

The video starts with a primary school pupil giving a brief explanation of what fairness means to them and some examples of unfairness.

He asks: 'How can you make sure that you are always treating people fairly? What could you do if you see someone being unfair? Why is it important to be fair?' He is then joined by some other pupils to consider these questions.

Last words: '...caring for animals the way they should be cared for.' 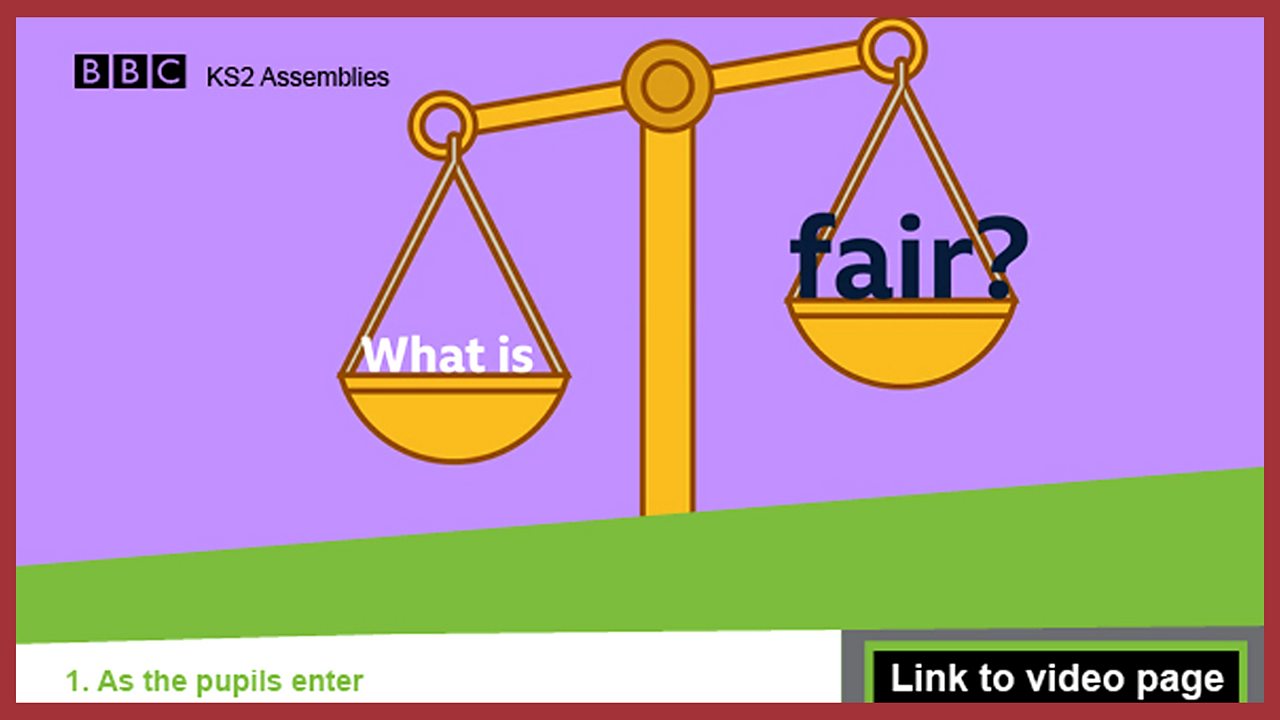 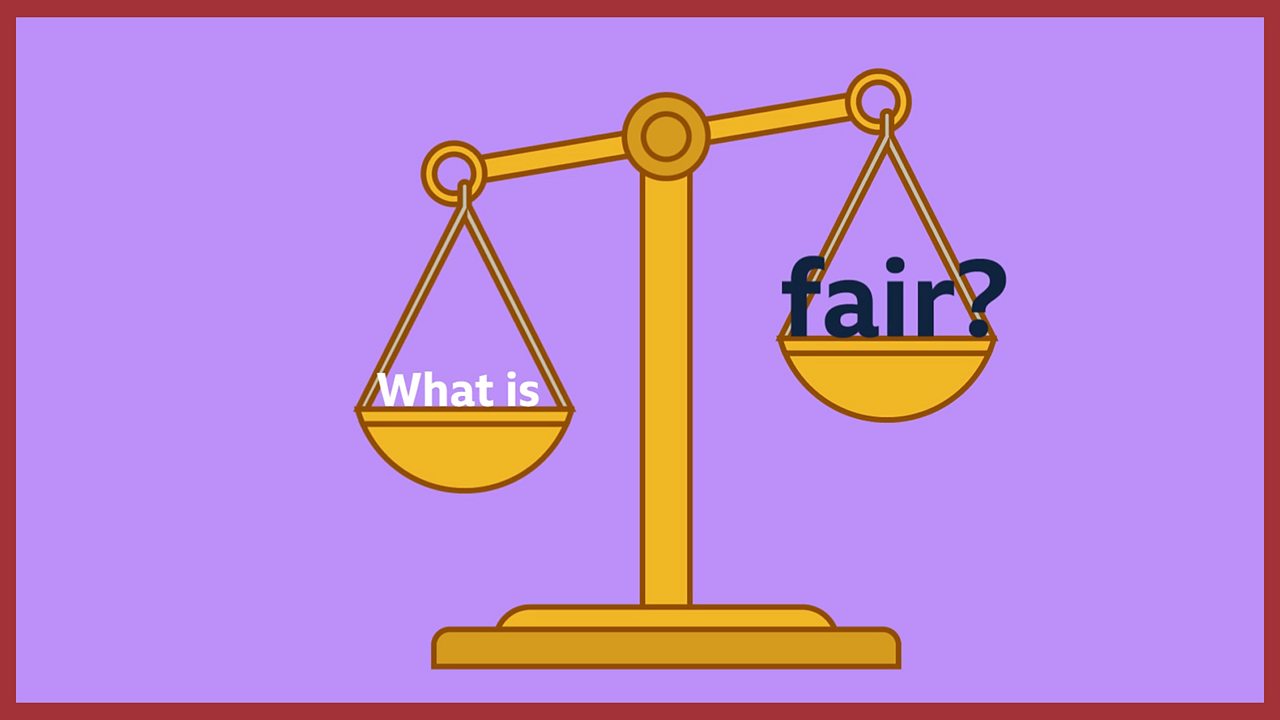 2. IntroductionInvite two pupils up to the front to take part in a competition. You could pick one of the oldest pupils and one of the youngest. Say that you want to see who is best at catching, and you will give a sticker to the best catcher. Stand the older pupil really close to you, and throw the biggest ball for them to catch, making sure they can definitely catch it. Then say it is the next pupil’s turn, but this time stand them a long way away and throw a much smaller ball. Do your best to make sure they don’t catch it. Award the certificate to ‘The Best Catcher in School’. Wait for protestations from the rest of the pupils and ask a few to explain why what you have done isn’t fair. How could you have made it fairer?

Have a set of balance scales heavily weighted to one side. Ask, how can we make them equal? Move the weights until both sides are balanced, and explain that balance scales have often been used as a symbol for fairness because both sides must contain exactly the same. To treat people fairly, you have to give them the same chances.

Introduce the video by saying we'll now watch a short film in which some schoolchildren consider what they think it is to be fair.

3. The videoPlay the video. The duration is 3' 53" and the final words are: '...caring for animals the way they should be cared for.'

4. After the videoAsk the pupils to spend a few moments reflecting on what they saw in the film and thinking about the question 'Why is it important to be fair?'

5. Time to talkTake a few answers from pupils about why it is important to be fair and then ask: 'How can you make sure that you are always treating people fairly? What could you do if you see someone being treated unfairly?'

7. Opportunity to reflectInvite the pupils to close their eyes and picture the balance scales from the beginning of the assembly.We all have a sense of what is fair and what is unfair...We all know what it's like for things to feel unfair...Think about how you will try to act fairly in everything you do today...

8. Opportunity for prayerUse your normal form of address ('Dear God' etc) and:Help us all to think of others...To treat them fairly...And to help when we see them treated unfairly.Amen.