KS2 Assemblies: The death of George Floyd and the Black Lives Matter movement

Summary: This assembly commemorates the death of George Floyd, a black man who was killed by a white police officer in Minneapolis in America on 25 May, 2020. His death triggered protests in many countries across the world, including the UK. Many protesters marched as part of the Black Lives Matter movement - which campaigns for freedom, justice and equality.

Update: On 20 April 2021 Derek Chauvin, the former police officer responsible for George Floyd's death, was convicted of his murder. On 25 June 2021 Chauvin was sentenced to 22.5 years in prison. More information from BBC Newsround.

Resources: The framework to download / print. This assembly includes a still image that shows a Black Lives Matter protest in London.

The video begins with the death of George Floyd, a black man who was killed by a white police officer in Minneapolis in America on 25 May 2020. Video footage of the arrest showed the police officer, Derek Chauvin, kneeling on George Floyd's neck for several minutes before his death.

George Floyd's death sparked protest marches in countries around the world, including the UK. Many of the protesters marched as part of the Black Lives Matter movement - a decentralised global network that campaigns for justice, equality and an end to racism.

In the UK several statues were pulled down or had words of protest written on them. These statues were generally of historical figures with links to the slave trade - for example, the statue of Edward Colston in Bristol. The protesters' actions have not only raised awareness of the UK's involvement in the slave trade but have also raised questions about how we record history and 'cancel culture'.

In April 2021 Derek Chauvin was convicted of George Floyd's murder and on 25 June he was sentenced to 22.5 years in prison.

Last words: 'Everybody has equal rights. There should be no exceptions. Black Lives Matter.' 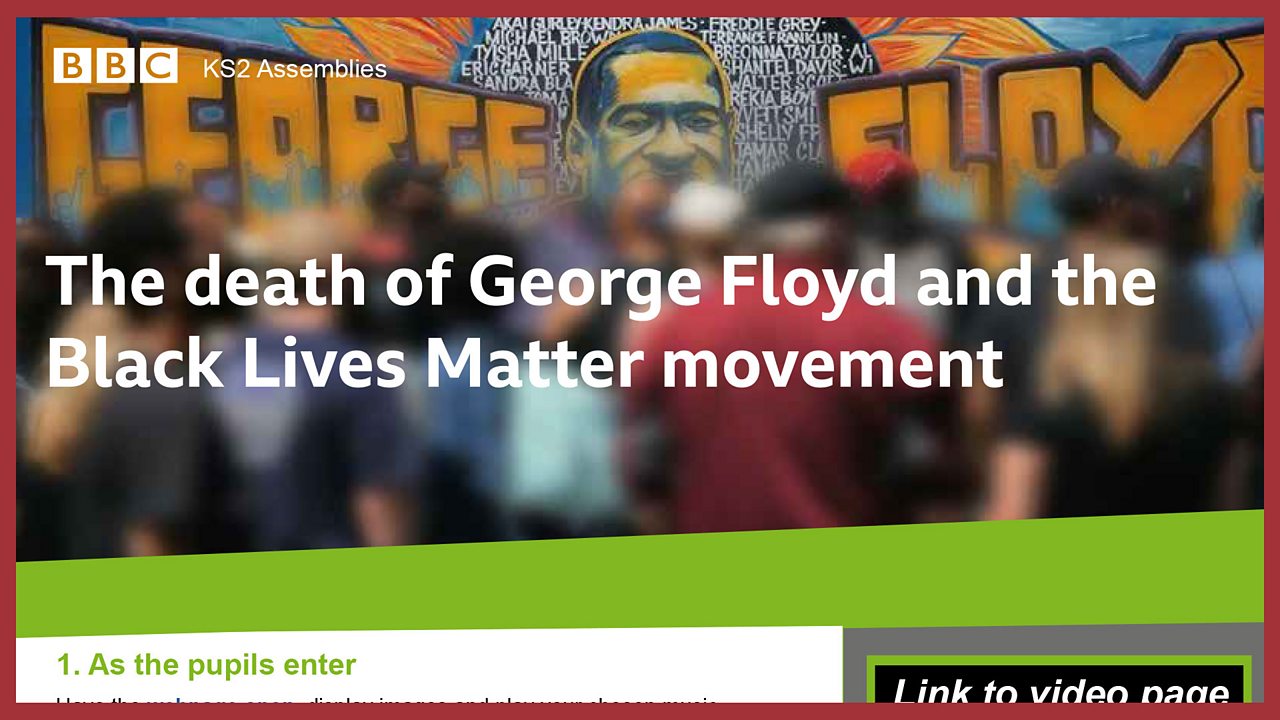 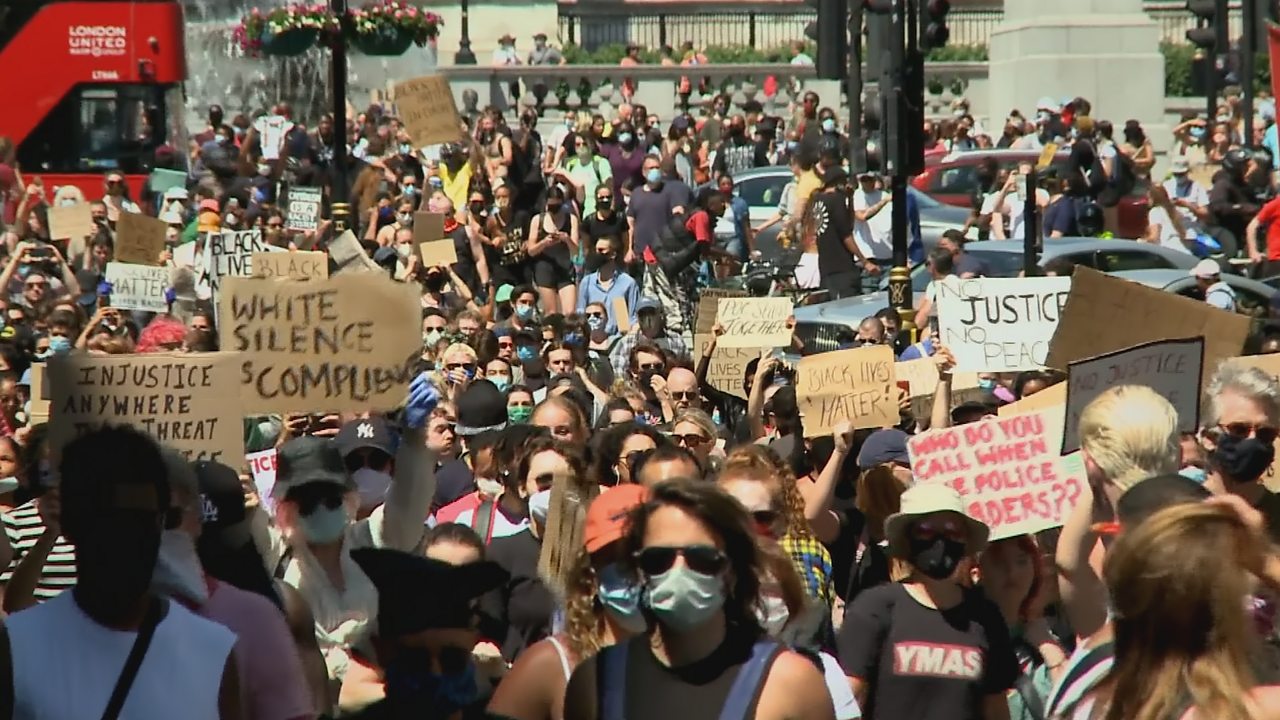 2. IntroductionTell the children that they will be hearing about the Black Lives Matter movement and the protests that took place in 2020. Explain to the group that this is a worldwide protest against people being treated differently just because of the colour of their skin. Ask pupils to think about the reasons why people are protesting while they watch the video.

3. The videoPlay the video. The duration is 4' 59'' and the final words are: ' “Everybody has equal rights. There should be no exceptions. Black lives matter.” '

4. After the videoAsk everyone to turn to the person beside them and explain why it is important that we all treat each other fairly, whatever our race or skin colour.

5. Time to talkUse the Video questions to help children to talk about the story and consolidate their recall of the events.

7. Opportunity for reflectionFocus your reflection on the inequality and racism that is still part of our society today:As you sit quietly, think about how it feels to be treated unfairly by other people...Every person on the planet is unique...We have different coloured skin...different coloured hair...eyes....We speak different languages and our cultures are different...But nobody should be treated badly or unfairly because of those differences...Everyone has the right to be treated equally...and we can all play a part in making that happen......And in bringing an end to racism for good.

8. Opportunity for prayerUse your normal form of address ('Dear God', 'Lord Jesus', 'Let us pray', etc) and:Thank you for the courage of all those who stand up to racism and fight for our right to be treated equally.Help us to treat everyone with the same respect, regardless of the colour of their skin.Amen.