Themes: Knowing right from wrong; taking action; the Bible story of Esther and Mordecai; the festival of Purim.

Resources: the assembly framework to download / print (pdf); an image showing the names of the main characters in the story.

The story of Esther and Mordecai is retold - in the style of an OTT reality TV show.

King Ahasuerus has grown tired of Queen Vashti and has her thrown out of the palace. He gives the courtier Haman responsibility for finding him a new wife and Haman quickly identifies Esther as perfect. Esther's guardian is her cousin, Mordecai, who insists on going to the palace with Esther, while warning her not to reveal their Jewish faith. When Haman discovers their identity he convinces the King to have all Jews in the land killed - and Esther must find a way to save her people. 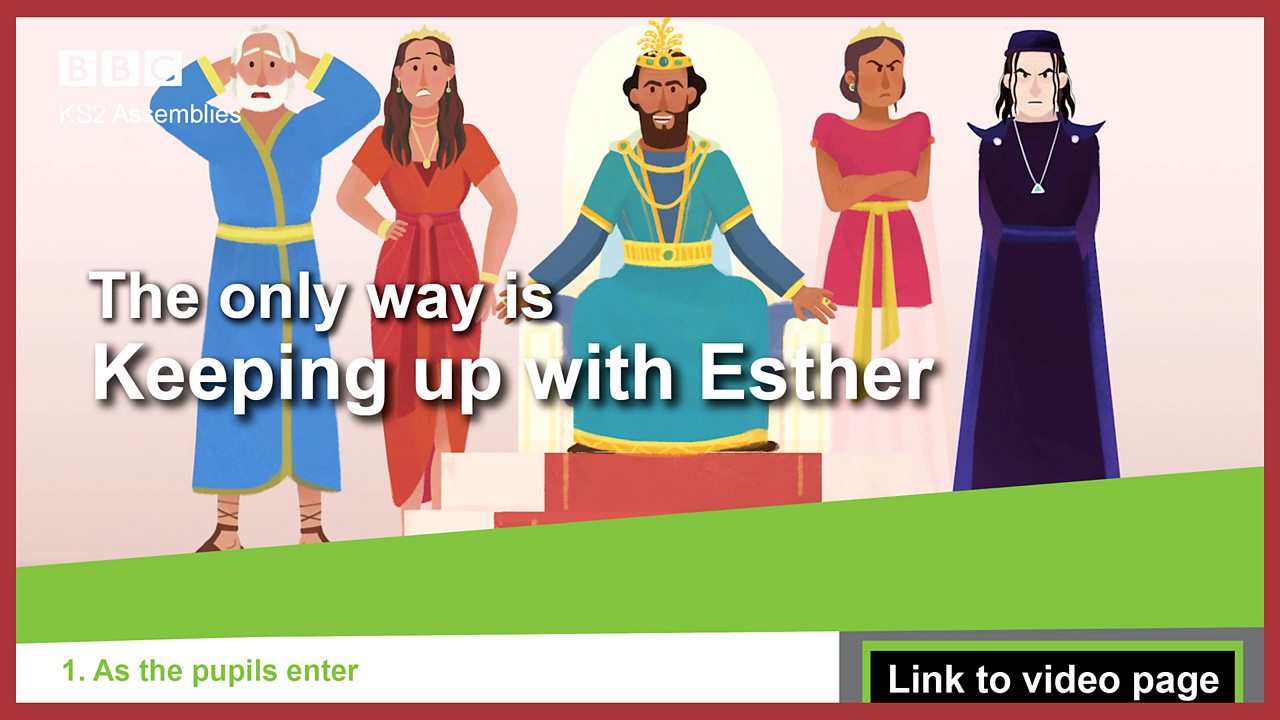 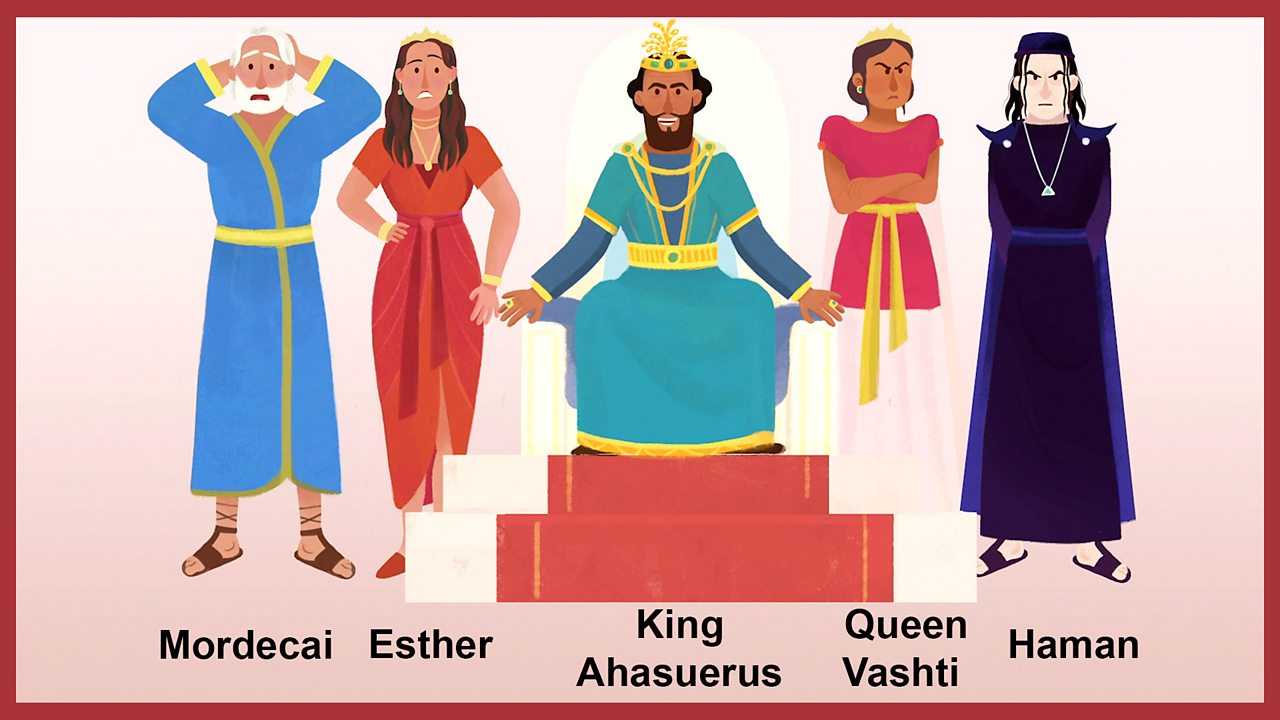 Image: the names of the main characters

1. EntryPlay suitable music as everyone enters. A possible suggestion is 'This Is Me' from The Greatest Showman.

2. IntroductionAsk everyone to close their eyes and picture a character - a character we're going to meet shortly. Describe Haman. Say that he was a brute who always got his own way. That he laughed at people less fortunate than him. That if anyone ever looked like they might outshine him in anything, he would trick them, or the people in charge, to make sure that they lost and he always won. That he wanted to hurt anyone that wasn’t on his side. That he was a bully.There was a big problem however. Haman worked for the King, and the King trusted him. Explain that we're now going to watch a short video showing a story from the Bible about Haman. It shows how he finally met someone who risked everything to stand up for what was right - a young woman called Esther.

5. Opportunity for reflectionCan you think of anytime you have seen something happening that you knew was not right - but you chose not to do anything about it..?How do you think it would feel to be brave and take that stand..?How would it help other people if you stood up for what was right..? And not just what was easy..?

6. Opportunity to singSuggestions for suitable songs below.

7. Opportunity for prayerUse your usual form of address ('Dear God', 'Lord', 'Close your eyes and reflect', etc) and: Thank you that we know what is wrong and what is right.Help us to be brave and have the courage to stand up for what is right, no matter how difficult it might be.Amen.

8. ExitPlay the same music as the Entry. If it has a theme like 'This Is Me' ask everyone to listen carefully to the lyrics as they leave and reflect on what they have been hearing.

'A little bit of kindness' - Songs for EVERY happy, healthy school 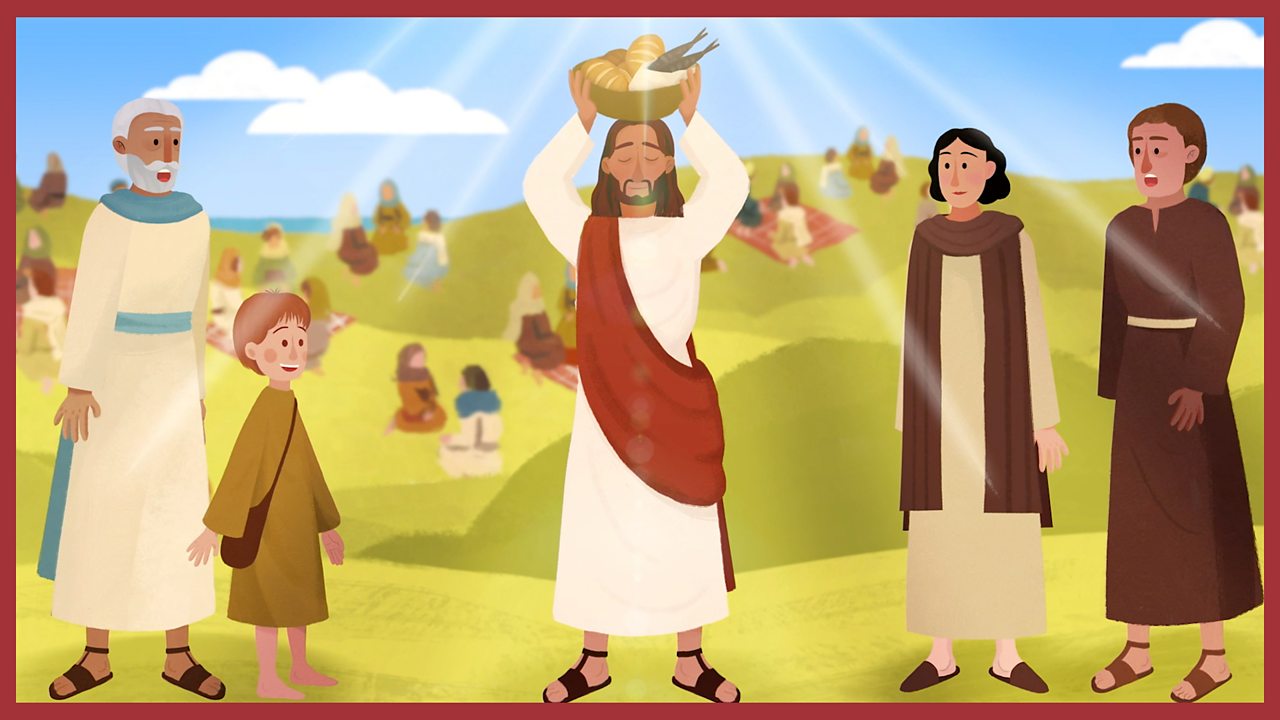 The Kitchen Miracle-Maker (Jesus Feeds the 5000)

KS2. Everyone can make a difference; every little helps; the life of Jesus. 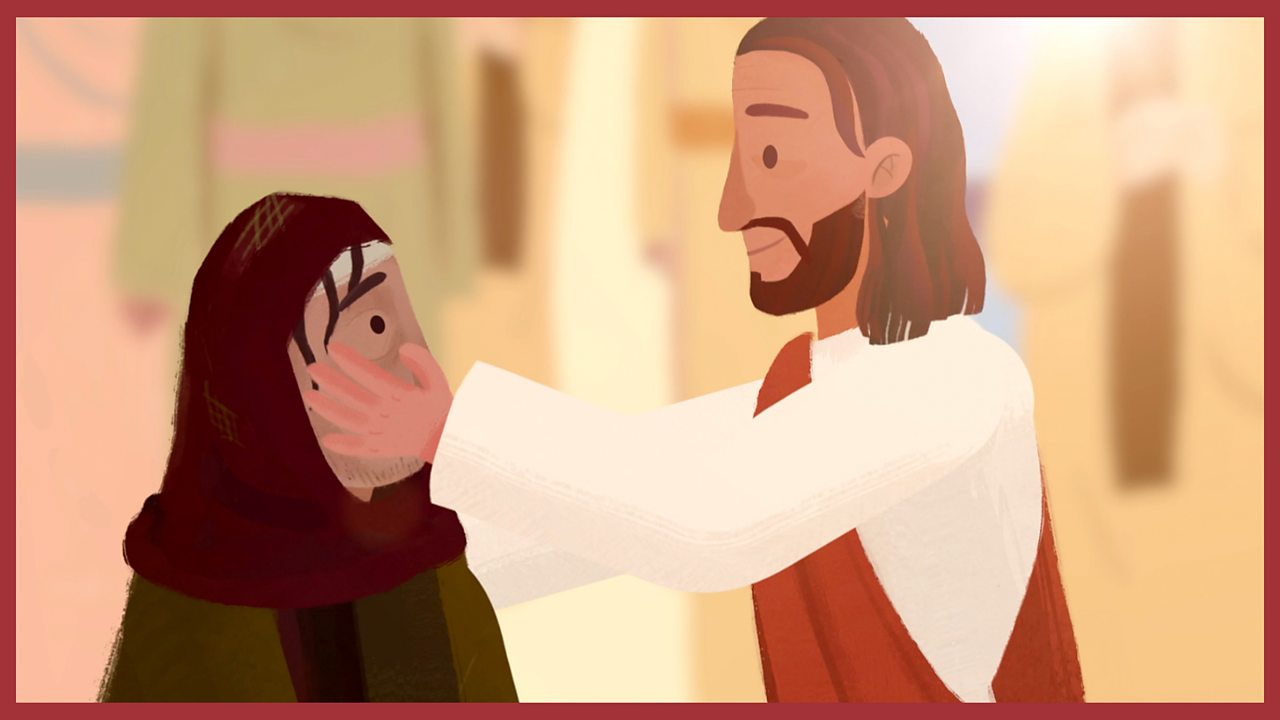 Living Your Best Life (Jesus Heals a Man with Leprosy)

KS2. Acceptance; compassion; caring for all; the life of Jesus. 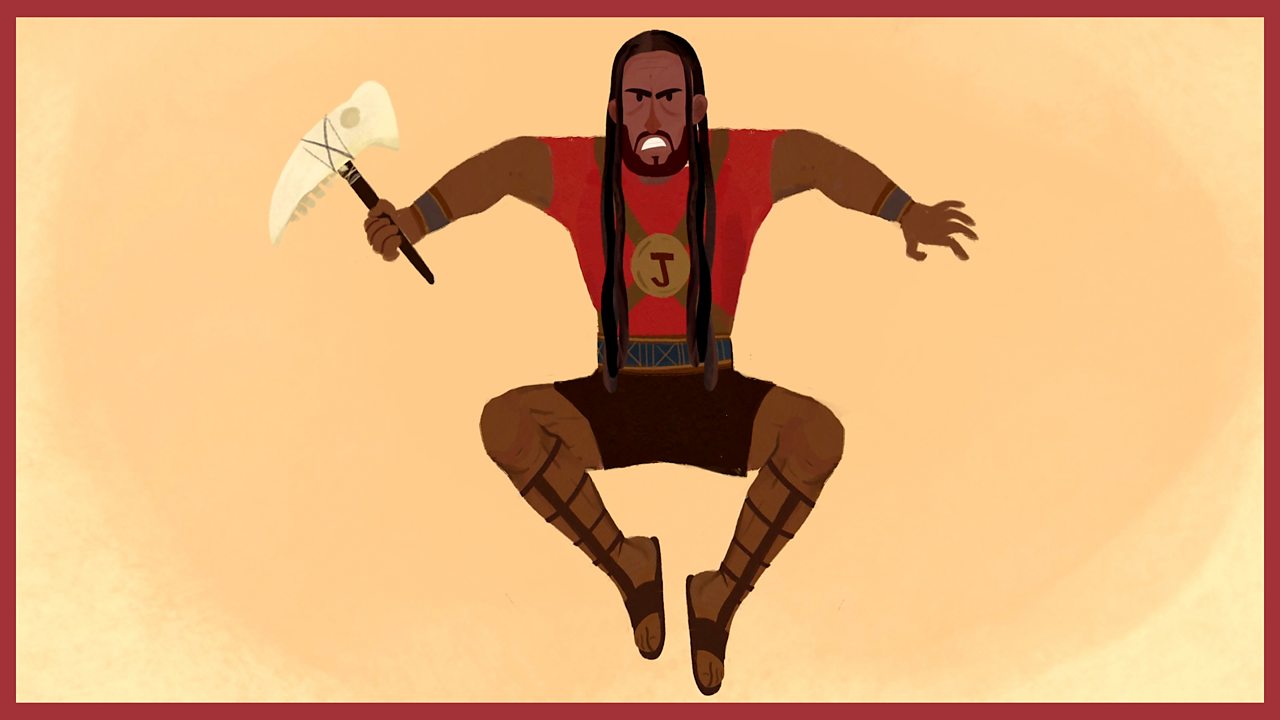 KS2. Superpowers and superheroes; exploring what strength is; stories from the Old Testament.