Summary: This assembly could be scheduled around local or national elections, the State Opening of Parliament or International Women's Day (8th March). 'Democracy', meaning 'the rule of the people', dates back to Ancient Greece; but the right to vote has been hard-won for many people. In the UK the right to vote was not extended to all women until 1928.

Resources: the framework to download / print (pdf) and an image of a ballot paper.

Pupils Evie and Daniel visit the 'Votes for Women' Exhibition at the Museum of London where they meet Helen Pankhurst. Helen's great-grandmother, Emmeline Pankhurst, fought for women to have the right to vote. Items in the museum show how suffragettes like Emmeline struggled for that right: hammers used to smash windows during protests; belts used by protesters to chain themselves to railings; a newspaper proclaiming 'Let Them Starve' - a reference to the suffragettes' hunger strikes in prison. Helen, Daniel and Evie agree: 'We must never take our democracy for granted.'

End of speech: '...to continue to make the world a better place for everybody.' 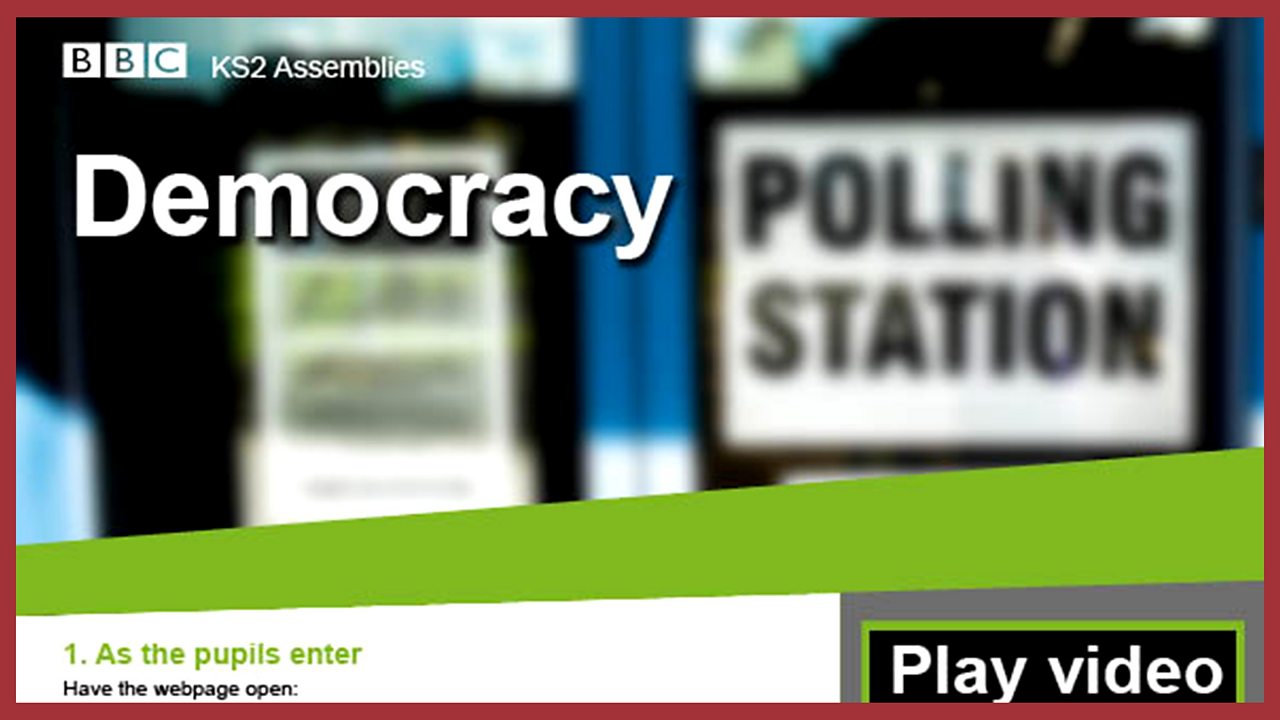 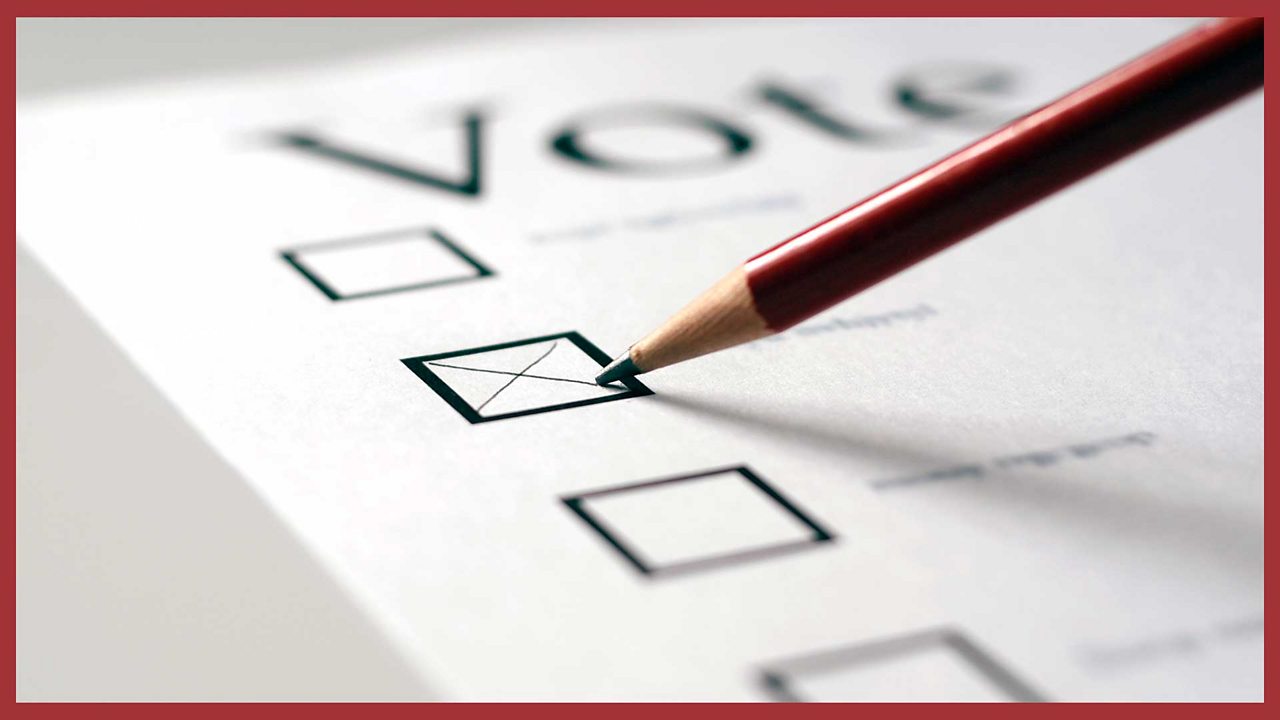 1. Entry musicYou might consider a song about protest, struggle and standing up for your rights: perhaps 'Something inside so strong' by Labi Siffre. 'We shall overcome' is a song often used by protest movements in the past.

2. IntroductionAsk 'Does anyone know what the word democracy means?' Gather the pupils' responses and establish that it means 'rule by the people'. Display the image of a ballot paper and describe the process of voting. 'On election day, adults over the age of 18 can cast their vote. They go to a polling station near their homes. Often, a school becomes a polling station for the day and the children get a day off. The voters are given a ballot paper like this one. They put a cross on their ballot paper next to the name of the person they want to vote for. Then they can fold the paper over - so no-one can see how they voted - and they put it into a ballot box. When the polling station shuts at the end of the day, all the papers are emptied out of the ballot box and counted. The person with the most crosses next to their name is elected to help make our laws and decide how our country is run.' You could go on to ask: 'Why do you think we do this?' Gather the children's responses, then ask: 'Would it be fair if only some people were allowed to vote?'

3. The videoPlay the video. The duration is 3' 40" and the final words are: '... it's about being able to continue to make the world a better place for everybody.'

4. After the videoAsk pupils to spend a minute talking to the person next to them about what they have seen and heard.

5. Time to talkInvite the pupils to share their thoughts about voting, democracy and what they saw in the video. Prompt them to develop their ideas with further questions such as: 'What if someone you don't like gets elected, do you have to accept it?' 'What if people don't want to vote - should we make them?' and 'How old do you think someone should be before they get to vote? Is 18 the right age?' You could also ask: 'If we want the right to vote, do we also have a responsibility to listen to the views of other people who don't think the same way as us?'

After the pupils have put forward their views you could invite the assembly to take a vote on each of these questions with a show of hands. Whatever the assembly decides, emphasise that this is a fair way to make decisions, since it takes account of everyone's views and gives the largest number possible the outcome they want.

You could end by pointing out: 'Voting is a way to take important decisions fairly. Democracy allows us to settle arguments without fighting or wars.'

8. Opportunity for prayerUse your standard form of address ('Dear God', etc) and:We thank you for the rights and freedoms that come with voting.Help us to remember we have a responsibility too to listen to the views of other people and to treat them fairly.Amen.