Summary: In 2022 Bodhi Day (based on the lunar calendar) falls on Monday 10 January. Bodhi Day marks the moment 2,500 years ago at which Siddhartha Gautama attained enlightenment, becoming the Buddha or 'awakened one'. Rejecting the life of a prince, Siddhartha spent years as a poor holy person. At last he gained the insight that Buddhists say allowed him to make sense of death and suffering and to transcend them. Bodhi Day falls on the 8th day of the 12th lunar month of the Chinese calendar. In Japan and many other parts of the world, it is celebrated on the 8th December.

Deep in the forest grows a wonderful mango tree, tended by monkeys. Their king tells them to pick the fruit and keep it safe from greedy people. But the juiciest mango falls into the river and floats down to the Land of the Humans, where the Human King tastes it...and immediately wants more.

The Human King leads his army to the tree and claims it for himself, ordering his soldiers to kill the monkeys. The Monkey King makes a bridge from his own body, so the monkeys can escape. Sadly, the effort is too much for him and he dies.

The Human King is moved by the Monkey King's sacrifice and learns the value of kindness.

End of speech: '...and later, a golden temple was built in his memory.' 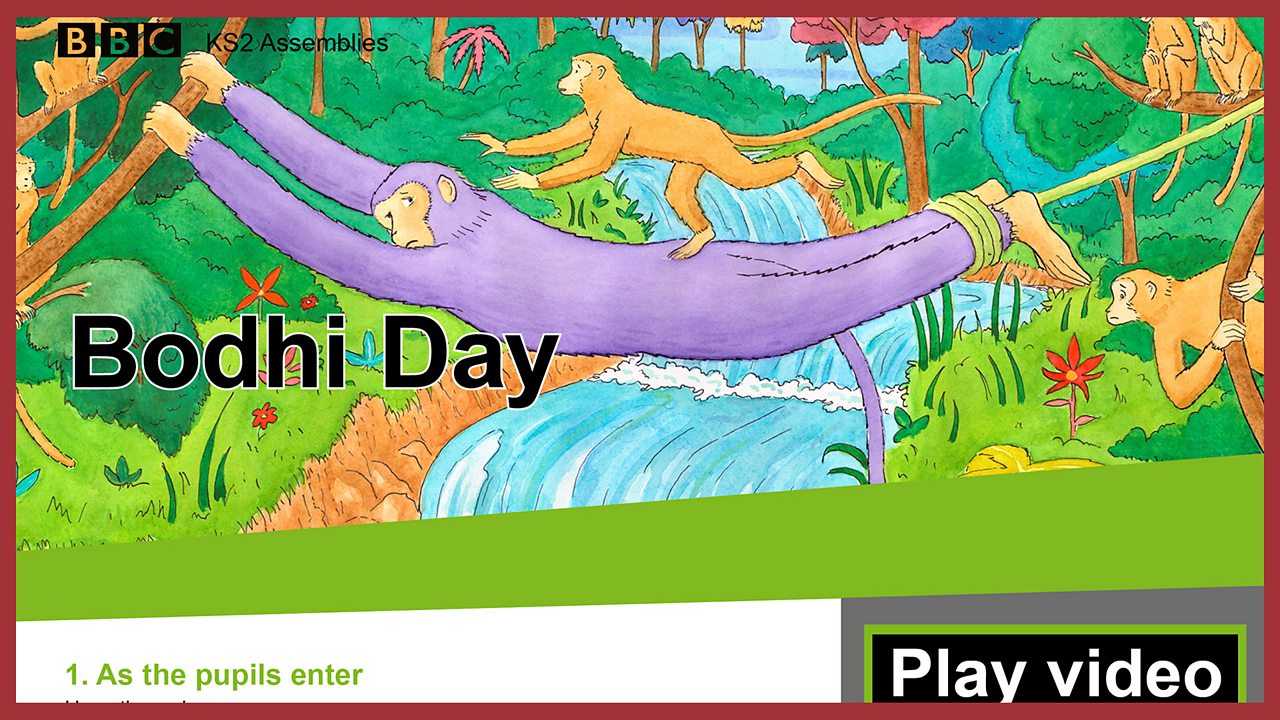 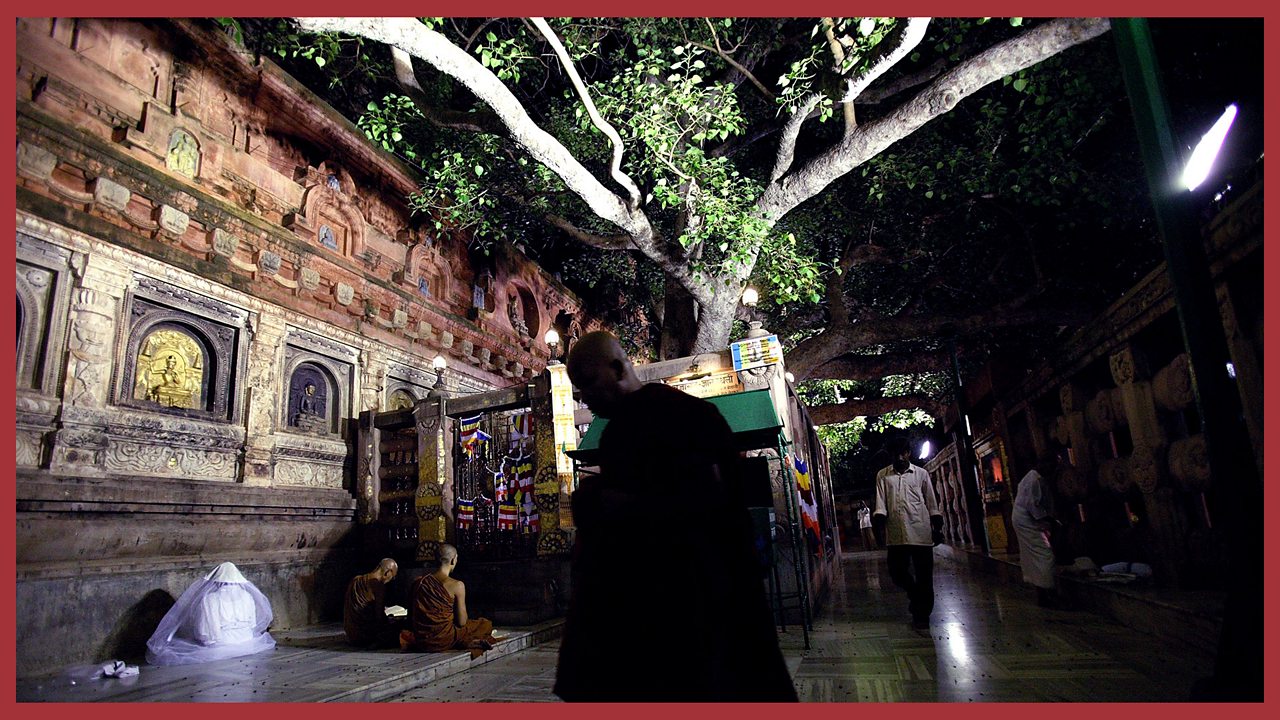 The bodhi tree at Bodh Gaya

2. IntroductionDisplay the image of the Bodhi tree at Bodh Gaya. Tell pupils: This tree is known as the Bodhi Tree, or 'Tree of Enlightenment'. It stands next to the Mahabodhi Temple in Bodh Gaya, India. The temple was built to mark the place where, around 2,500 years ago, a man called Siddhartha Gautama sat down to meditate - to think deeply about what it means to be alive. Siddhartha had once been a prince, but had left his rich palace to live the life of a poor holy person. Siddhartha sat underneath a tree just like this one, promising himself he would not stop meditating until he fully understood life and had found an answer to pain and death. It is said that after meditating for seven weeks he gained this understanding and became the Buddha, which means 'the awakened one'. Today, around 376 million people call themselves Buddhists and follow his teachings. Each year, on Bodhi Day, Buddhists celebrate the moment their great teacher woke up to the meaning of life. Ask: What are some of the ways other faiths celebrate important days or festivals? Gather the children's ideas and conclude: Bodhi Day is marked in Buddhist homes by mediation and by decorating a small fig tree with coloured beads and lights. Families enjoy Jataka tales too: stories once told by the Buddha about his past lives. Before becoming enlightened, he believed he had lived many times before, sometimes as a human, sometimes as an animal, but always learning something new about life. This is one of those Jataka tales, the story of The Monkey King's sacrifice...

3. The videoPlay the video. The duration is 4' 40" and the final words are: 'And later, a golden temple was built in his memory.'

4. After the videoYou could use the story questions and answers (above right) to help the children focus on details from the video clip.

5. Time to talkAsk: What do you think the Buddha hoped people might learn from this story? Gather pupils responses (which might include - 'kindness can overcome hostility' / 'greediness holds us back' / 'setting a good example inspires others to be better people'). Tell pupils: Many people who are not Buddhists use meditation to calm themselves and forget their everyday cares. They try to be 'mindful' - aware of the present moment and the world around them. Let's try a moment of mindfulness. Close your eyes and breathe deeply. In your head, count each time you breathe out. Concentrate on counting the breaths and let all the other thoughts in your mind slip away. Ready? We'll close our eyes and stay still and quiet while we count ten breaths. You could play again the flute music used to open the assembly.

6. Opportunity to singIf your assembly is to include a song this would be a good time for it. Suggestions from BBC collections below.

7. Opportunity for reflectionBuddha taught that we should try to be kind and caring towards all living things. He believed we should try not to be greedy. He taught that by following good examples, each of us is capable of change and of being a better person.

8. Opportunity for prayerUse your standard form of address ('Dear God, Lord Jesus' etc) and:Help us to be kind and caring towards all living things and not to be greedy.Help us to remember that by following good examples, each of us is capable of change and of being a better person.Amen.