Discover the secrets and stories of Apollo 11

Meet the people whose bravery and quick thinking saved the day. Explore the technology, pride, and personalities that helped put a fire on the lunar surface.

Was the Cold War’s biggest battle fought in space?

President John F Kennedy is speaking at Rice University in Texas. He says America will send a manned mission to the moon by the end of the 1960s.

In April 1961, the Soviet Union had put the first man in orbit. Cosmonaut Yuri Gagarin’s flight was a propaganda coup for his communist government. Now Kennedy’s keen to hit back. Both sides in the Cold War see their costly “Space Race” as a crucial battle of ideas, technology, and leadership. Despite budgetary problems, Kennedy promises to give NASA the billions of dollars it needs to succeed. Assassinated in 1963, he’ll never know if America made it.

Did the Apollo 11 crew take out their life insurance at a post office?

The first Moon mission will be called Apollo 11. Its three-person crew is Neil Armstrong, Buzz Aldrin and Mike Collins. They know the dangers ahead.

The astronauts want their families provided for if their moonshot ends in disaster. NASA’s given them basic life insurance. But they can’t afford any more themselves. Insurers say their mission’s too risky. So secretly they sign Apollo 11 commemorative envelopes. Featuring space-themed images and stamps, they’re nicknamed “insurance covers”. If the men die, their families will sell them to collectors.

Would you travel to work on a nuclear bomb?

A giant Saturn V rocket will fire Apollo 11 and her crew into space. With so much power underneath them, it’s like riding to work on a nuclear bomb.

Saturn V weighs over 2.8 million kg fully fuelled. At 111m tall, it’s 18m taller than the Statue of Liberty. It works in three stages, each detaching after its job is done. The rocket generates 34.5 million newtons of thrust at launch. That’s more power than 85 Hoover Dams. Due to the heat it produces, Saturn V requires a three-mile exclusion zone around the launch pad. Spectators won’t hear the engines firing for nearly 15 seconds. To them, Saturn V will appear to take off in silence.

When was the last time you saw a frost in July?

Apollo 11’s crew enjoy a traditional astronaut breakfast of steak and eggs. Space suits on, they head for their Saturn V.

The sun is creeping over the horizon. Although it’s the middle of a Florida summer, there’s frost on the rocket from the super-chilled liquid oxygen inside. From their access gantry, the men can see over a million spectators out on the coast. Then they spot Launch Pad 34. That’s where their friends on the Apollo 1 mission burned to death during practice in 1967. But there’s no turning back now.

Did the Nazis put a man in space?

The Saturn V is based on technology Von Braun developed for Hitler’s V-2 rocket program during WW2. Now an American citizen, Von Braun is one of a team of Third Reich physicists and engineers who work for NASA and is known for his careful scientific approach. Some critics say he’s too cautious. They blame him for the Soviets getting a man into space first. But Von Braun knows that Apollo 11 could change everything. Will his prayers be answered?

Why would anyone leave the greatest show on Earth?

Ahead of the launch, locals and tourists are cramming Cape Canaveral’s coastline. They’re waiting for what promises to be the greatest show on earth.

People are sharing picnics, opening drinks and waving American flags. The VIP area is swarming with politicians and celebrities. Packs of thirsty journalists are sweltering at the press site. NASA’s final flight checks are underway. As countdown continues, America holds its breath. In the White House, President Nixon watches closely on TV. At 9:32 am local time, the Saturn V begins to rumble and rise. Apollo 11 is going to space.

Read the one speech that nobody wanted to hear

President Nixon’s chief speechwriter has been set a tough job. Bill Safire must draft the speech Nixon will give if the astronauts die on the Moon.

Having spoken to NASA officials, Bill knows there’s a good chance of this happening. At that point, the president will have to address the nation live on TV. Bill sends a copy of his draft to Bob Haldeman, Nixon’s chief of staff. The text praises the men’s bravery, sacrifice, and spirit of exploration. They’re fine and uplifting words. And everyone’s hoping that they never get heard.

Did a fire on the Moon start the rise of the machines?

Norman Mailer is covering events for Life magazine. One of America’s leading authors, he’s calling his first piece A Fire on the Moon.

Mailer’s thoughts of the moonshot are wrapped up with emotion, intrigue and magic. Yet as he wanders round the Manned Spacecraft Center, NASA feels a sterile and uninspiring place. In windowless offices, staff eat alone at their screens. They seem to be in love with computers. Mailer imagines a future where everything’s done digitally – even dating. Will Apollo 11 start the rise of the machines?

Would you gamble your life on the toss of a coin?

With the Moon looming ever larger in her windows, Apollo 11 splits into two sections. The countdown to the lunar landing has begun.

Collins stays in lunar orbit with the Command Module (CM). Aldrin and Armstrong are in the Lunar Module (LM). They’ve named it “Eagle”. NASA’s stripped out all the excess weight inside. They’ve even left the wires and circuit breaker switches exposed. There’s just enough fuel for the trip. If they burn too much during landing, the crew will never get home. Silently, Collins gives them a 50/50 chance of making it back at all.

When was the last time you were really scared?

As the Eagle descends towards the surface, its computer starts firing off major warning alarms. If the software crashes now, the mission will be over.

Smart and robust, the flight code has noticed an overload of information that’s flooding the system. It flashes up a series of “1201” and “1202” messages that the crew have never seen before. There’s now only one question on their minds: are they still safe to land? The last time Aldrin was this nervous, he was flying combat missions in the Korean War. He doesn’t know what to do. Nor does Armstrong. And neither, it seems, do Mission Control.

Could you make a life or death decision with the world watching?

At Mission Control, the tension’s crackling like static electricity. Can anyone there figure out what these alarm codes mean in time?

Ashtrays are overflowing. Desks are littered with paper charts. Coffee cups lie abandoned by blinking monitors. Flight director Gene Kranz is putting his faith in 26-year-old Steve Bales. Bales is Apollo 11’s guidance officer (or ‘GUIDO’). He’s calculating the risks to craft and crew. Kranz must know if the landing is ‘GO’ or ‘NO GO’. ‘GUIDO?’ he says. ‘Are you happy? ‘GO’, Bales replies. If he’s made the wrong call, there’ll be no happy ending to Apollo 11’s adventure story.

Would you make an emergency landing with your computer turned off?

Armstrong’s searching for somewhere to land safely between the rocks and craters. The skilled former fighter pilot knows he’s ripping through fuel. With less than twenty seconds worth of gas left, the LM touches down. Armstrong tells Mission Control the good news. ‘Houston,’ he says calmly, ‘Tranquility Base here. The Eagle has landed.’

Who was the voice of Mission Control?

Charlie Duke is Apollo 11’s capsule communicator at Mission Control – CAPCOM, for short. It’s his job to to pass on orders and advice to the crew.

An astronaut himself, Duke’s famed for his cool head and warm Southern drawl. But even he can’t hide his relief when the Eagle lands safely. Astronauts Fred Haise and Jim Lovell are sitting next to Duke as part of his team. These two will be on the infamous Apollo 13 mission in 1970. For now though at least, Houston does not have a problem to deal with.

What were the first words of the second man on the Moon?

At 10.56 (EDT), Neil Armstrong becomes the first human being to walk on the Moon. 240,000 miles away on Earth, millions strain to hear what he’ll say.

'This is one small step for man...' Armstrong says, ‘one giant leap for mankind.’ Aldrin has filmed Armstrong’s first steps from the LM. Shortly afterwards, he joins Armstrong on the surface. He closes the cabin door carefully, to avoid creating an airlock that will trap them outside. Aldrin takes in the grey-white lunar landscape. Above them, planet Earth looks no bigger than a marble. ‘Beautiful view,’ he says. When Armstrong agrees, Aldrin goes on. ‘Magnificent desolation.’

See the bird of prey that came in peace

Moving carefully in his bulky white spacesuit, Armstrong unveils a plaque. It carries a message of hope and understanding.

Written by Nixon’s speechwriter Bill Safire, the plaque reads: ‘Here men from the planet Earth first set foot upon the Moon, July 1969 AD. We came in peace for all mankind.’ Designed by Collins, Apollo 11’s mission patch echoes this friendly and universal sentiment. The patch shows an American eagle flying over the Moon. There’s an olive branch in its claws. Breaking with NASA tradition, the crew chose not to put their names on the badge.

Down on the surface, the gold-visored astronauts take photos and collect rock and dust samples. Tired, they’re eager to return to the CM soon.

The men leave behind an American flag, personal items, and an Apollo 1 mission patch. It’s a tribute to their friends who died. Back in the cramped LM, Aldrin sees that a vital circuit breaker switch has snapped off. One of them has bumped into it by accident. If they can’t fix the switch, the LM won’t be going anywhere. Up in orbit, Collins dreads the idea of returning home alone. Is his nightmare about to come true?

How to jump-start a spaceship with a felt-tip pen

Hours pass. The LM is cold and stinks of moon dust. Oxygen is running out steadily. Aldrin’s asked Mission Control for help. But they’re out of ideas.

Two lives and a multi-billion dollar mission are at stake. He thinks that jamming the broken switch with something might work. Anything metal is a ‘no go’, though. That risks short-circuiting the whole system. Aldrin reaches for a felt-tip in his shoulder pocket. He pushes it in and... the damaged switch holds. They’re ready for take-off. At 5.35pm, the LM docks with the CM as it orbits the Moon. Apollo 11 is coming home.

Is leaving Earth the best way to solve its problems?

In July 1969, NASA gave us a glimpse of our digital future. Yet still they relied on brave and quick-thinking human beings to make Apollo 11 a success. Despite NASA’s heroic achievement, many people questioned the billions of dollars spent on the project. Astronaut Mike Collins hoped that space exploration could help unite the world in peace. Maybe he’s right. Because if we can jumpstart a spaceship with a felt-tip pen, what can’t we do? 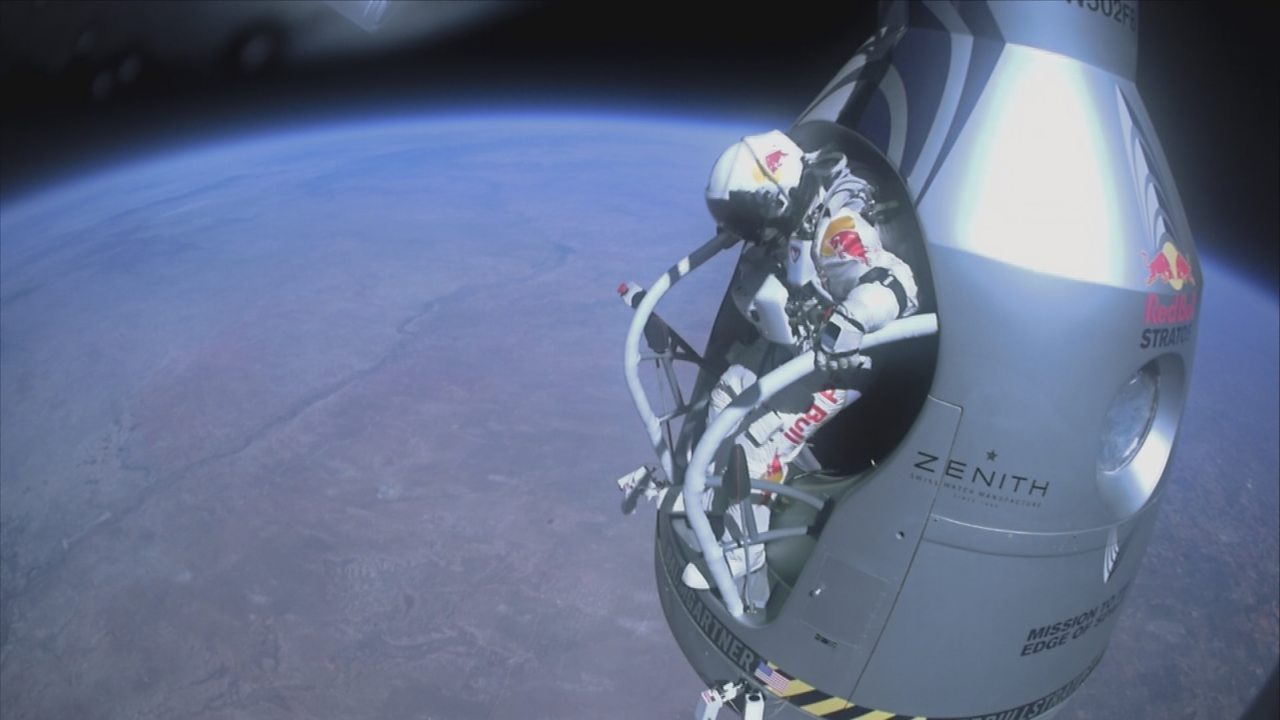 The Science of a Space Dive

A series of short films that look at the challenges faced by scientists, engineers and doctors ahead of Felix Baumgartner's record-breaking and historic skydive in 2012. 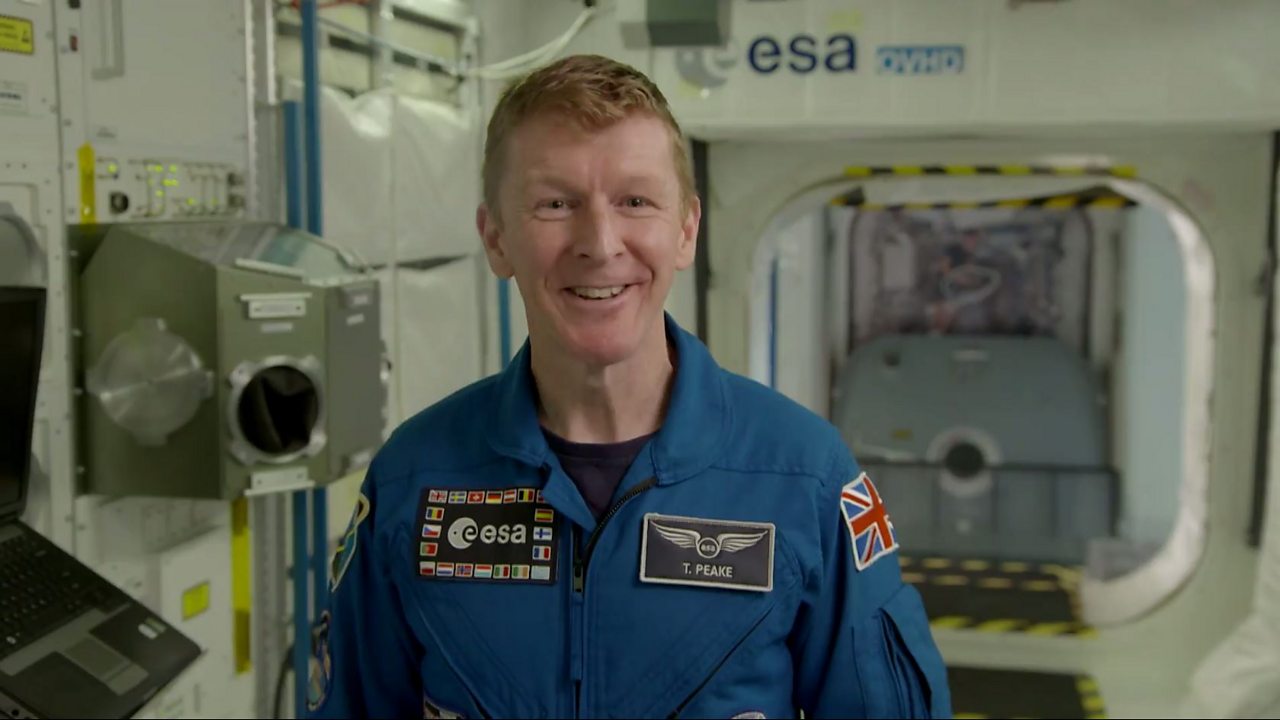 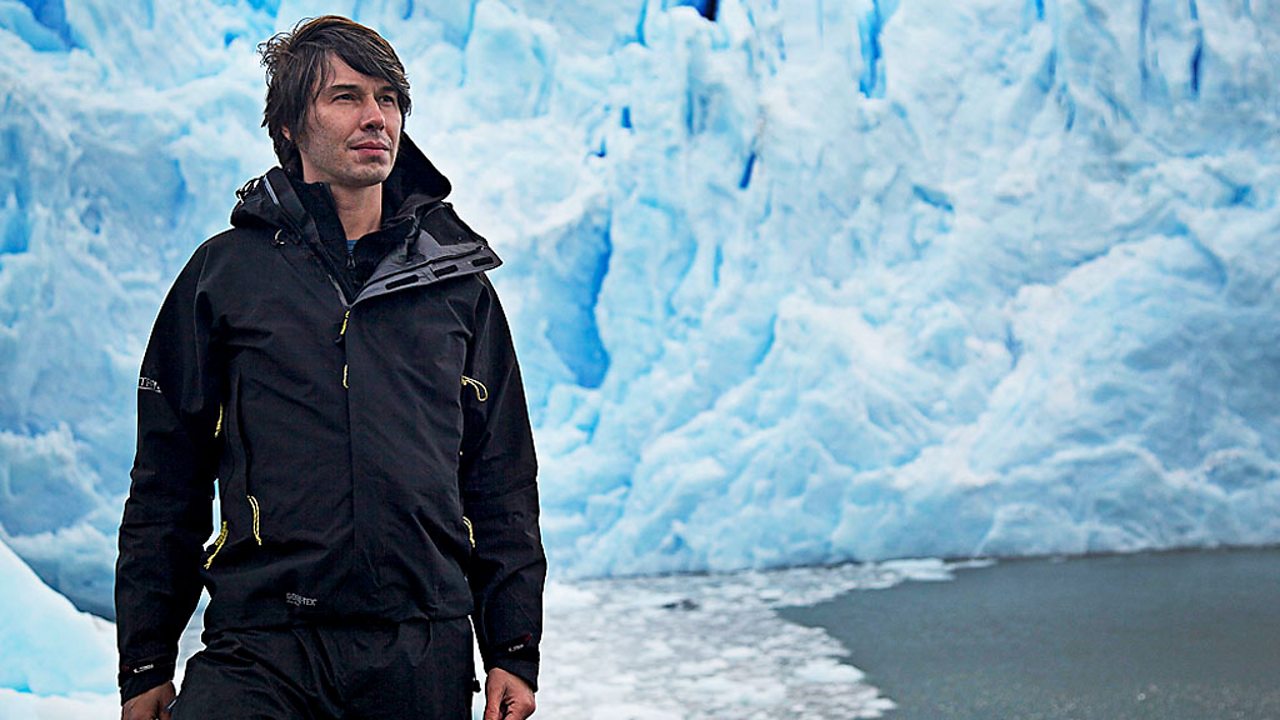 A series of short films in which Professor Brian Cox explains the science at the heart of the universe.