How did Stalin get away with murder?

Stalin’s name meant "man of steel" and he lived up to it. He oversaw the war machine that helped defeat Nazism and was the supreme ruler of the Soviet Union for a quarter of a century.

His regime of terror caused the death and suffering of tens of millions. But this powerful man began life as the son of an alcoholic cobbler and a doting mother who sent him to study to be a priest.

He is born on 18 December 1879 in Gori, Georgia in the Russian empire. He is first named Iosif (Joseph) Vissarionovich Dzhugashvili.

Joseph grows up in poverty. His mother is a washerwoman and his father is a cobbler. He catches small pox aged seven and is left with a pockmarked face and a slightly deformed left arm. He is bullied by the other children and feels a continual need to prove himself. His father is an alcoholic who deals out regular beatings. As young Joseph grows up, Georgia’s romantic folklore and anti-Russian traditions capture his imagination.

Rebels against the priesthood

Joseph’s religious mother wants him to be a priest and in 1895 sends him to study in Tiflis, the Georgian capital.

However Joseph rebels and instead of studying scripture he reads the secret writings of Karl Marx and joins a local socialist group. He devotes much of his time to the revolutionary movement against the Russian monarchy and loses interest in his studies. Going against his mother’s wishes, Joseph becomes an atheist and frequently argues with the priests. In 1899 he is finally thrown out of the seminary after failing to turn up to his exams.

While working as a clerk at the Meteorological Observatory, Joseph carries on with his revolutionary activities, organising strikes and protests.

His activities become known to the Tsarist secret police and he is forced to go underground. He joins the Bolshevik party and conducts guerrilla warfare for the first time in the 1905 Russian Revolution. His first meeting with Lenin, the Bolshevik leader, is at a party conference in Finland. Lenin is impressed by this 'ruthless underground operator'. In 1907 Joseph steals 250,000 rubles (approximately $3.4m in US dollars) in a bank robbery in Tiflis to help fund the cause.

Joseph marries his first wife Ketevan Svanidze in 1906. She comes from a poor family of minor nobility.

Ketevan gives birth to their son Yakov Dzhugashvili the following year. After the Tiflis bank robbery Joseph and his family escape Tsarist forces by travelling to Baku in Azerbaijan. When Ketevan dies of typhus in 1907, Joseph is wracked with grief. He leaves his son to be cared for by his wife’s parents and throws himself into his revolutionary work. He adopts the name 'Stalin' which means 'steel' in Russian. He is arrested on a number of occasions and exiled to Siberia in 1910.

Takes part in the Russian Revolution

He is hailed as a hero when he helps Lenin to escape from the Tsar’s army into Finland and is appointed to the inner circle of the Bolshevik party. When the Tsar is toppled the country descends into civil war. Stalin, like other the hardliners within the party, orders the public execution of deserters and renegades. When Lenin takes power he appoints Stalin to be General Secretary of the Communist Party. Stalin gains new skills working as a mediator for officials throughout the party.

Stalin promotes himself to dictator

After Lenin's death in 1924, Stalin begins ruthlessly promoting himself as his political heir.

Many in the party expect Red Army leader Leon Trotsky to be Lenin’s natural successor, but his ideas are too idealistic for the majority of the Communist Party. Stalin, however, develops his own nationalistic brand of Marxism – "Socialism in One Country" – concentrating on strengthening the Soviet Union rather than world revolution. When Trotsky criticises his plans, Stalin has him exiled. Stalin’s ideas are popular with the party and by the late 1920s he becomes dictator of the Soviet Union.

In the late 1920s Stalin instigates a series of five year plans to turn the Soviet Union into a modern industrialised country.

He is afraid that if the Soviet Union does not modernise then Communism will fail and the country will be destroyed by its capitalist neighbours. He achieves huge increases in coal, oil, and steel productivity and the country sees massive economic growth. His plans are ruthlessly enforced – factories are given strict targets which many workers find impossible to fulfil. Those who fail are scapegoated by many as wreckers and saboteurs and imprisoned or executed as enemies of the state.

When Stalin takes power, Soviet agriculture is still dominated by small landowners and blighted by famines and inefficiency.

Stalin modernises agriculture by instigating collectivisation – the grouping together of farms to be owned by the state. It is opposed by millions of ordinary farmers who resort to killing livestock and secretly hoarding grain. Around five million die in a series of famines. Nevertheless, Stalin believes the end justifies the means and millions of small holders are killed or imprisoned. By the late 1930s farming is fully collectivised and productivity increases.

Stalin promotes an image of himself as a great benevolent leader and hero of the Soviet Union.

Yet he is increasingly paranoid and purges the Communist party and Army of anyone who might oppose him. Ninety three of the 139 Central Committee members are killed and 81 of the 103 generals and admirals are executed. The secret police strictly enforce Stalinism and people are encouraged to inform on one another. Three million people are accused of opposing Communism and sent to the gulag, a system of labour camps in Siberia. Around 750,000 people are summarily killed.

Stalin loses his wife and son

In 1919 Stalin marries his second wife Nadezhda Alliluyeva and they have two children – Svetlana and Vassily.

He abuses Nadezhda and she eventually kills herself in 1932. He makes sure her death is officially reported as being caused by appendicitis. Yakov, his son from his first wife, is a soldier in the Red Army and is captured early on in WW2. When the Germans propose to free him in a prisoner swap, Stalin refuses as he believes his son surrendered voluntarily, Yakov dies in a Nazi concentration camp in 1943.

Bargains with the Nazis

Stalin signs a nonaggression pact with Adolf Hitler and they agree to carve up Eastern Europe between them.

When Hitler’s armies easily defeat France and Britain retreats, Stalin ignores warnings from his generals and is completely unprepared for the Nazi Blitzkrieg attack of June 1941, which tears through Poland and into the Soviet Union. The Soviet Army suffer huge losses. Stalin is incandescent with rage at Hitler's betrayal and retreats to his office unable to make any decisions. Soviet Russia is paralysed for several days as the Nazi war machine rolls on towards Moscow.

With the future of the Soviet Union hanging in the balance, Stalin is prepared to sacrifice millions to achieve victory over the Nazis.

German forces sweep across the country and by December 1941 have almost reached Moscow. Stalin refuses to leave the city, deciding victory must be won at any cost. The Battle of Stalingrad is the turning point of the war. Hitler attacks the city bearing Stalin’s name to humiliate him, but Stalin tells his army "Not a step backwards". They suffer over a million casualties but manage to defeat the Nazis in 1943. The Soviet Army begins the long push back into Germany and all the way to Berlin.

Stalin plays a decisive role in Germany’s defeat and great swathes of Eastern Europe are occupied by Soviet forces including East Berlin.

Stalin is adamant these countries will be satellite states of the Soviet Union. His former allies America and Britain now become his rivals and Churchill states that an “iron curtain” is falling over Europe. In a struggle for control of the capital, Stalin blocks entry to allied-occupied West Berlin. The US responds with an 11-month long airlift of supplies to people trapped in that part of the city. On 29 August 1949 the Soviet Union tests its first atomic bomb. The Cold War begins in earnest.

Death of Stalin and the end of an era

In Stalin’s last years he becomes increasingly suspicious, and continues to conduct purges against his enemies within the Party.

After a night of heavy drinking Stalin dies of a stroke on 5 March 1953. Many in the Soviet Union mourn the loss of this great leader who transformed the Soviet Union from a feudal economy to an industrial power and played a crucial role in defeating Hitler. But the millions incarcerated cheer at the demise of one of the most murderous dictators in history. Stalin’s successor Khrushchev denounces the dead dictator and begins a wave of "destalinization." 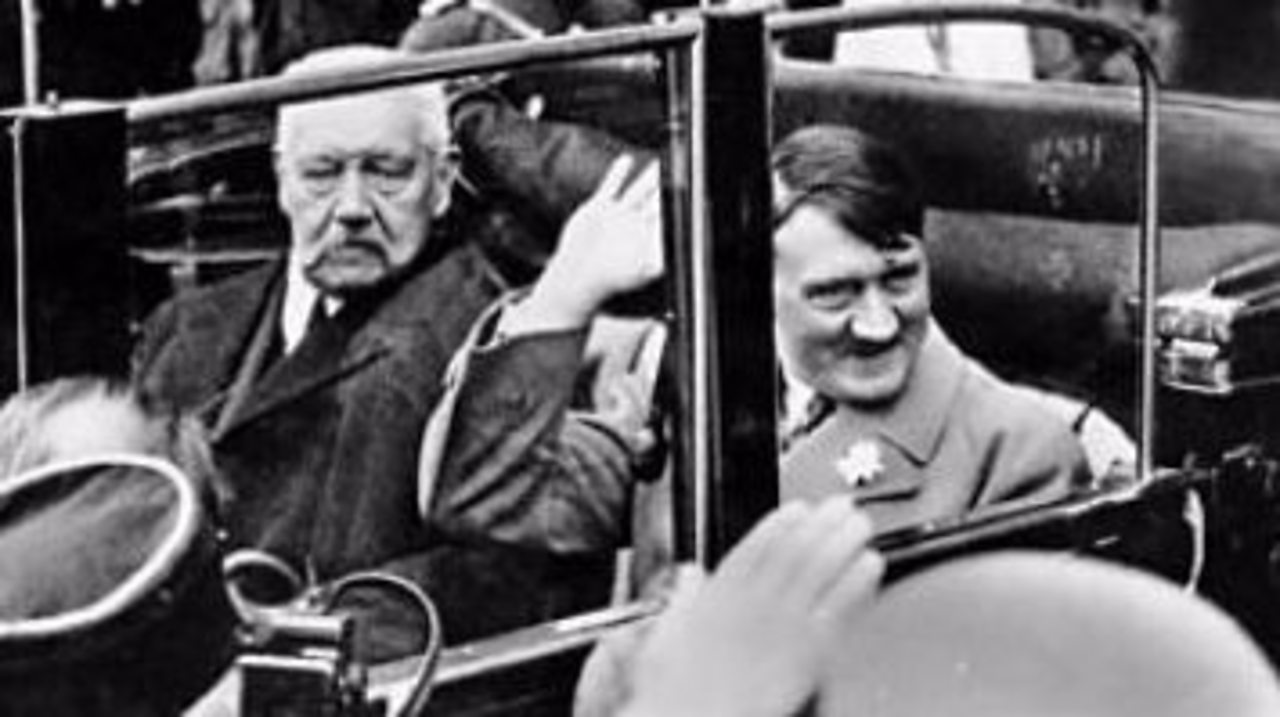 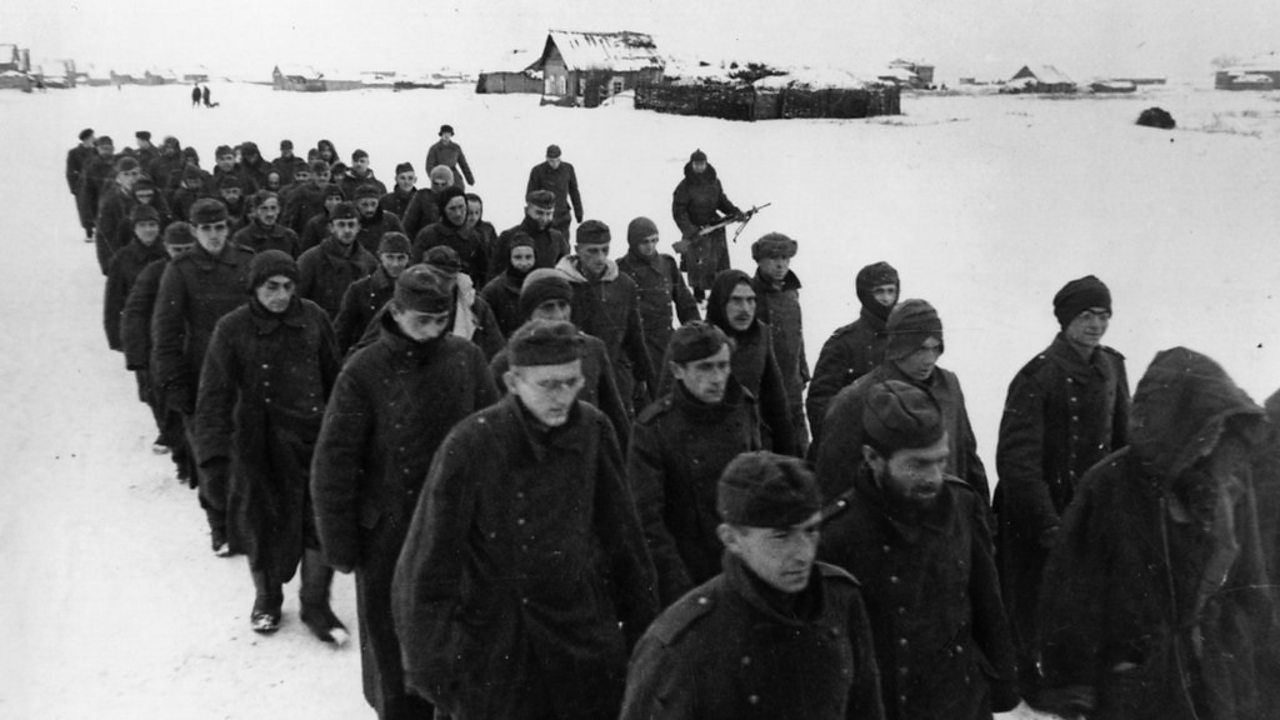