Exploring some of the many gods and goddesses of Ancient Egyptian civilisation and their significance within society.

This video gives pupils an introduction to the role of religion and gods / goddesses in Ancient Egyptian society.

It helps pupils to explore the process of mummification and how pharaohs were believed to become gods and goddesses after death.

We explore an artefact to help unearth the story of the past and find out more about how people lived and what they believed in.

The video explains the various roles that gods and goddesses had in Ancient Egyptian society and how each had a distinct purpose, with some of these being more important to the Ancient Egyptians than others.

It also explores how the roles of gods and goddesses changed over the years and how the beliefs and feelings of different pharaohs caused particular gods / goddesses to fall in or out of fashion. 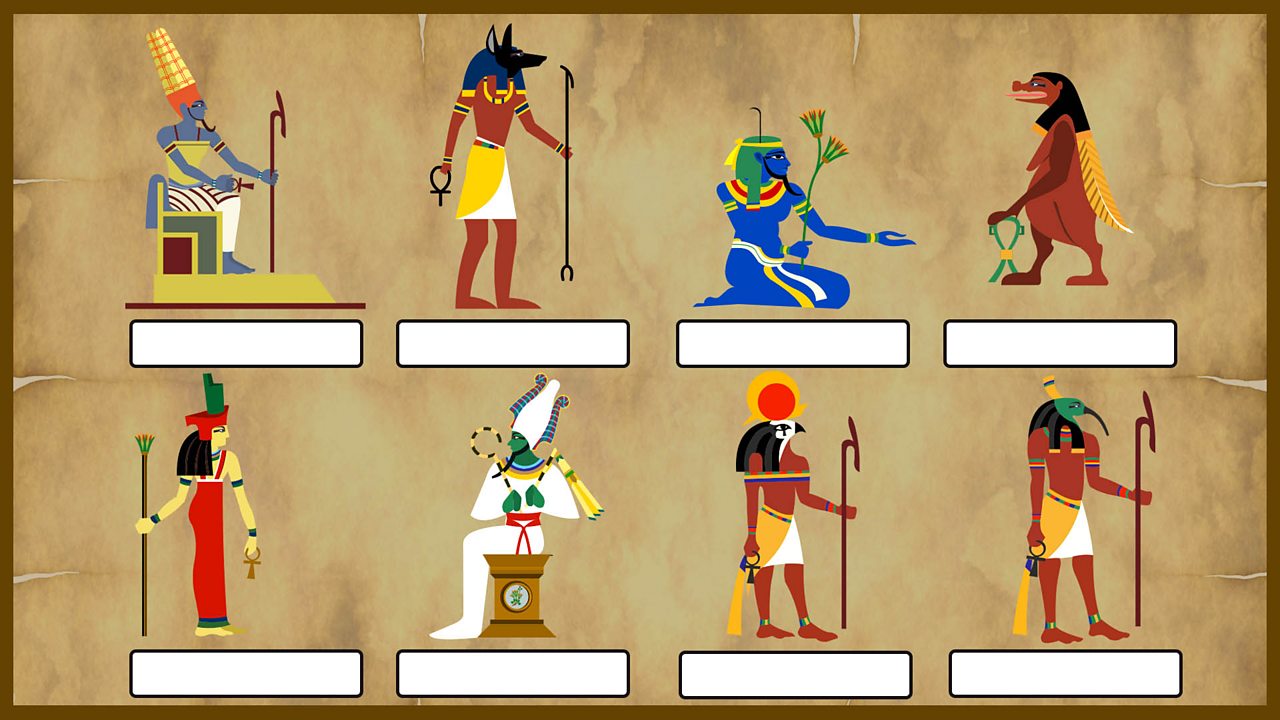 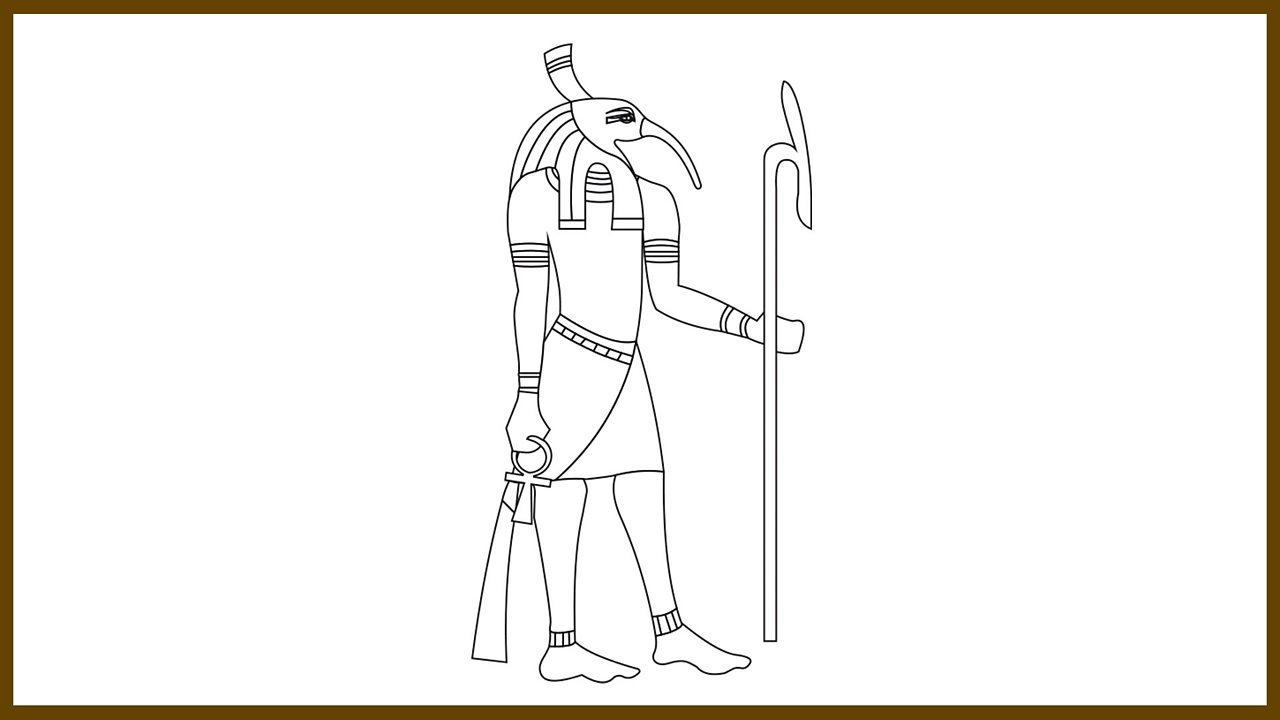 The god Thoth to colour in 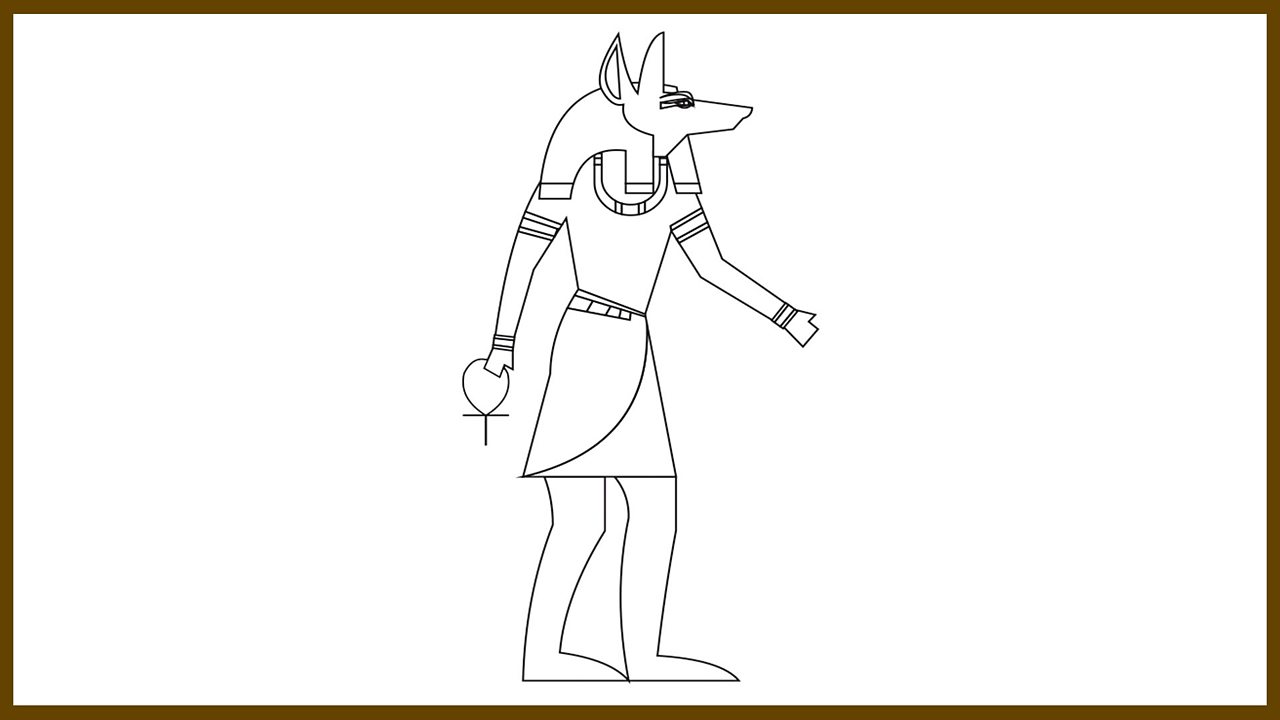 The god Anubis to colour in

This animation gives a snapshot of Ancient Egypt and how important gods and goddesses were to the society and culture.

It provides a platform to discuss faith and belief and why gods and goddesses played such an important role in Ancient Egyptian life and death.

It can be used to help the pupils understand how we find out about the past and the role of sources or artefacts in this exploration.

We find out how the mummification process took place and in turn have an exciting platform for investigation in Science in relation to decomposition and decay.

The video provides an opportunity for pupils to discuss how Ancient Egyptian beliefs can be compared and contrasted with modern day beliefs and religions.

Qualities and beliefs – The Ancient Egyptians worshipped their many gods and goddesses due to the qualities and characteristics they believed that they brought to the afterlife. If the pupils were looking at qualities they think are important, how would they design their own Ancient Egyptian god or goddess?

Investigating decomposition? – The process of mummification took place to preserve the body of very important Ancient Egyptians. Pupils can explore ways to speed up decomposition. Using pieces of fruit and vegetables, can pupils create an environment where decomposition may happen faster, or an environment that it can happen more slowly? Using their scientific knowledge, pupils can make predictions and justify these.

Creating a mummy – The Ancient Egyptians found that the hot and dry conditions of the sand in Egypt helps dry out and preserve the bodies of the pharaohs. Can the pupils test this finding? Using two pieces of bread or home-made play dough, place one in an airtight container or bag alone and other in the same container but with sand. Leave the one with sand close to a radiator and the other away from a heat source. Watch and observe over time and see which begins to change as it rots first. Were the Ancient Egyptians onto something with their mummification process? 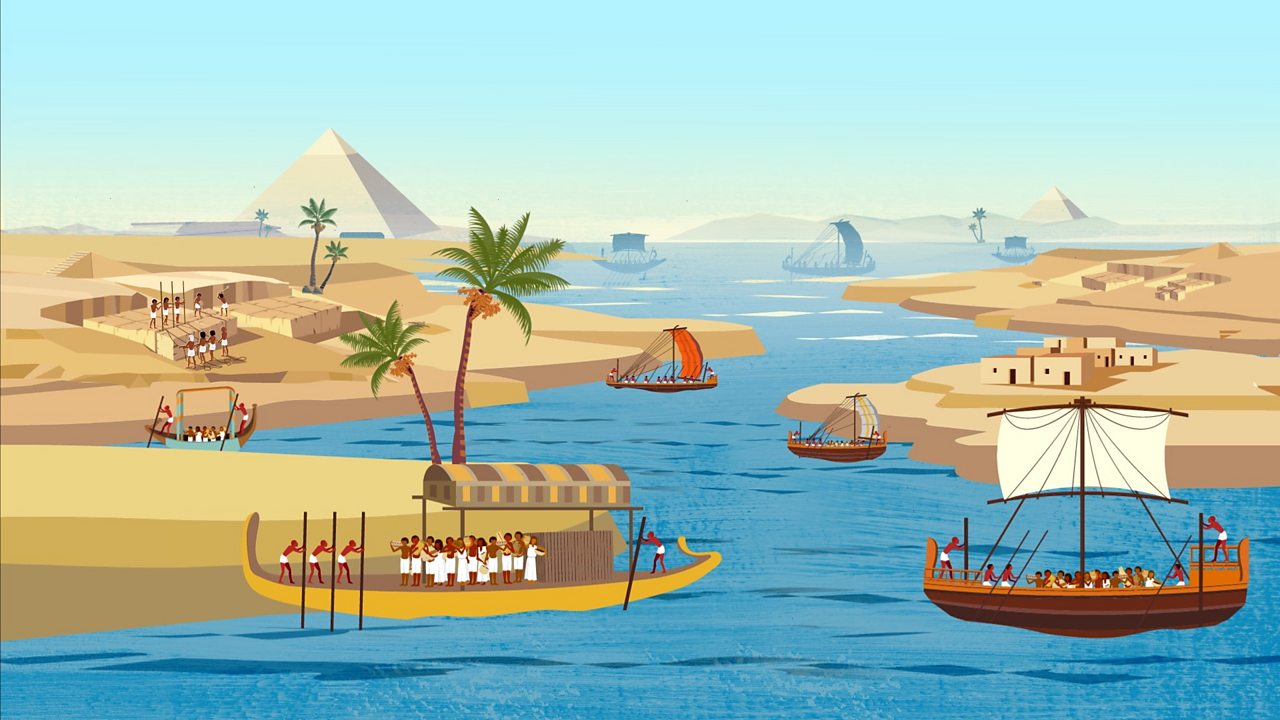 Understanding the key role of the River Nile in the establishment and success of Ancient Egypt. 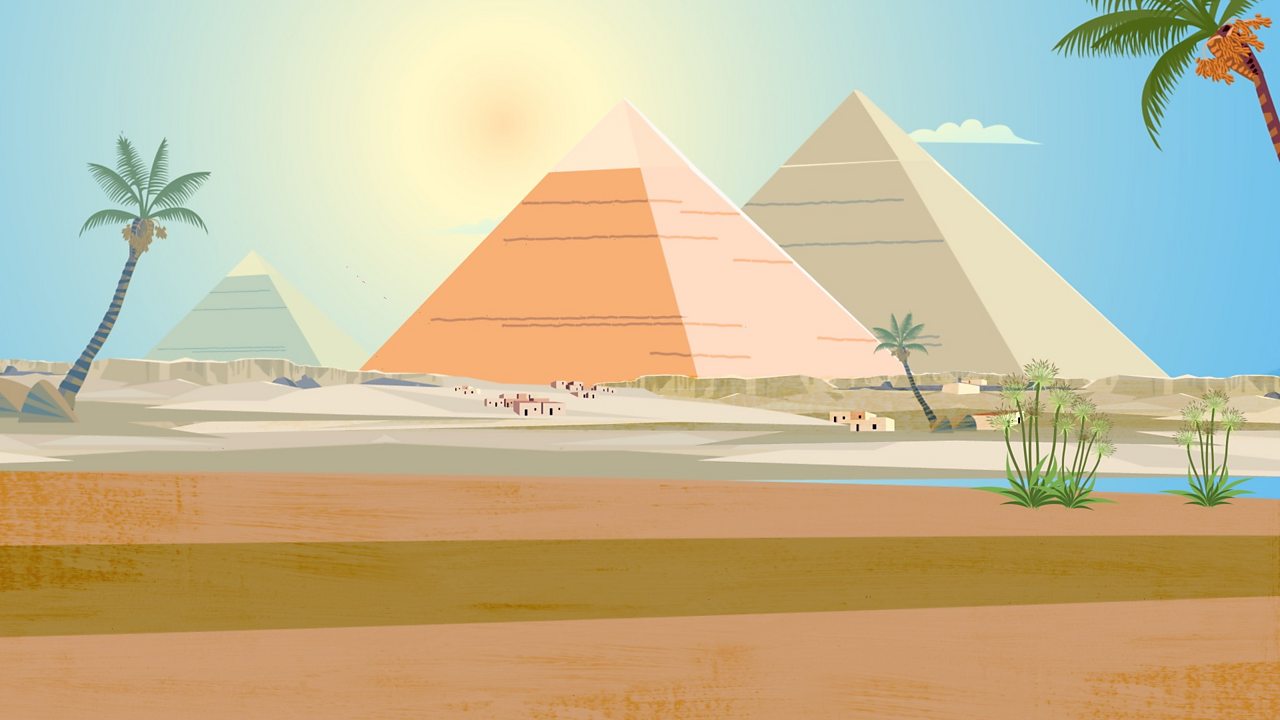 Exploring the different types of pyramids in Ancient Egypt - their construction and their purpose. 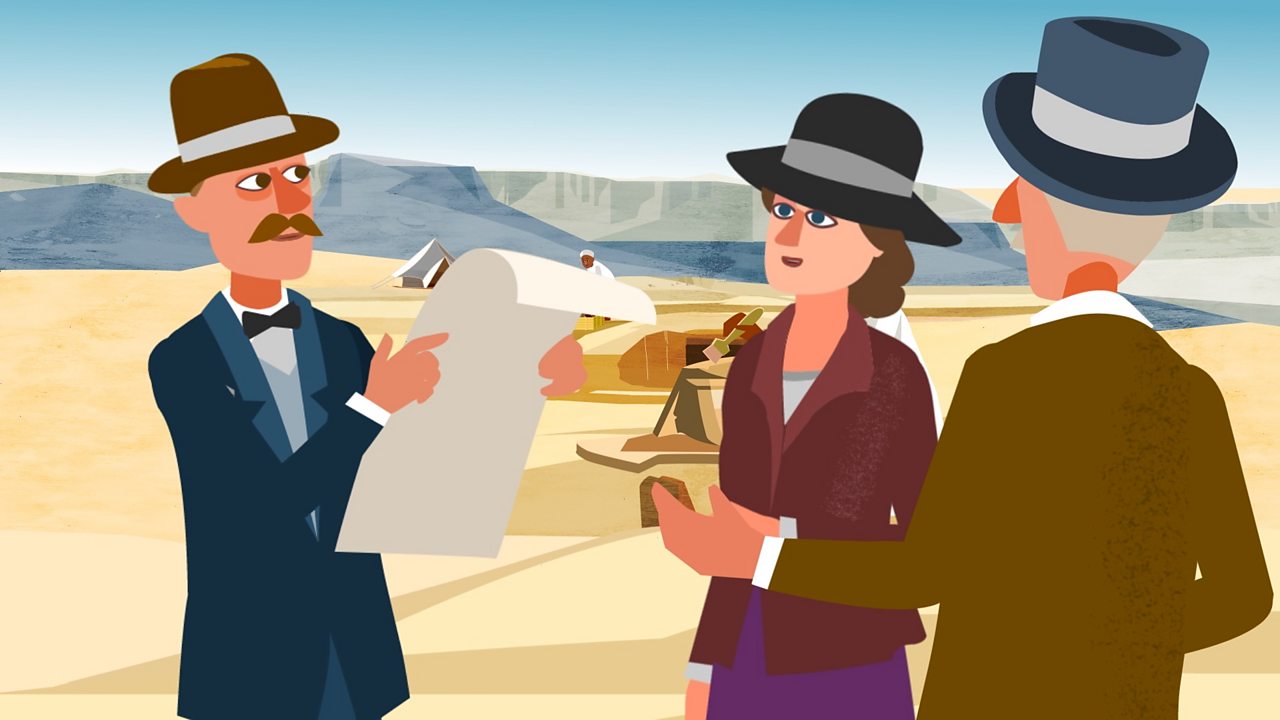 Exploring the life and death of King Tutankhamun and the excavation of his tomb in 1922. 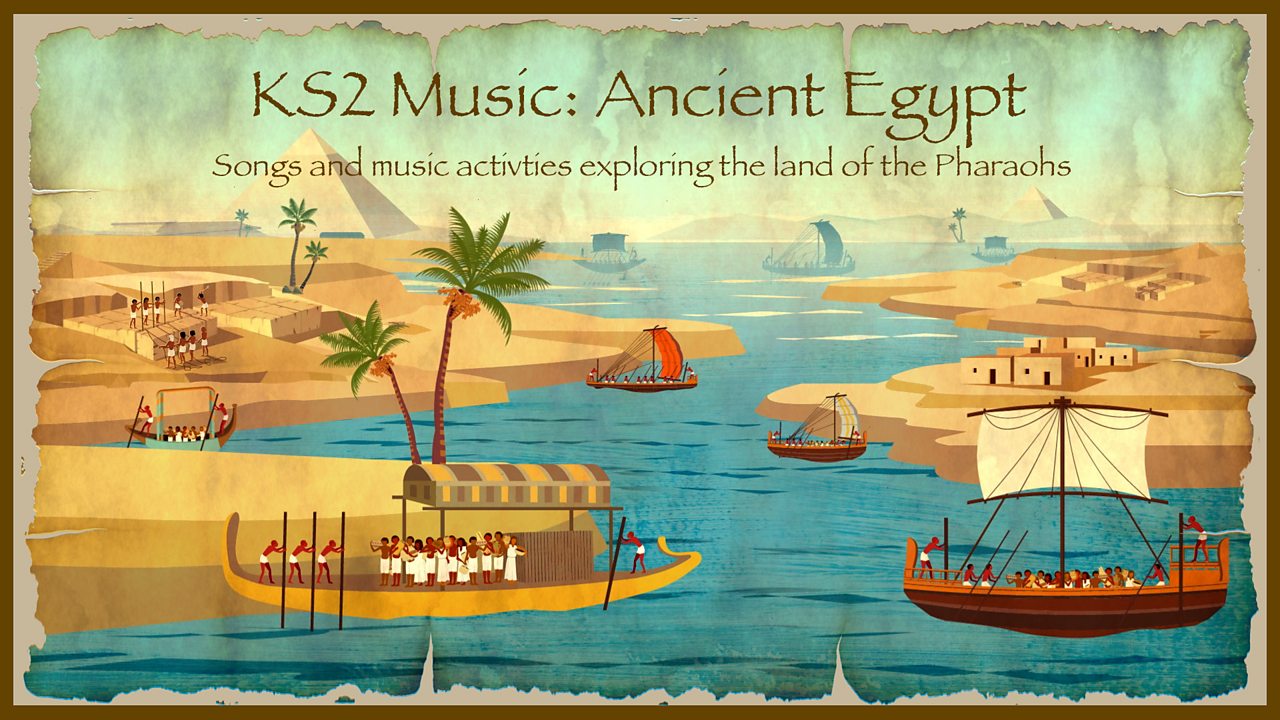 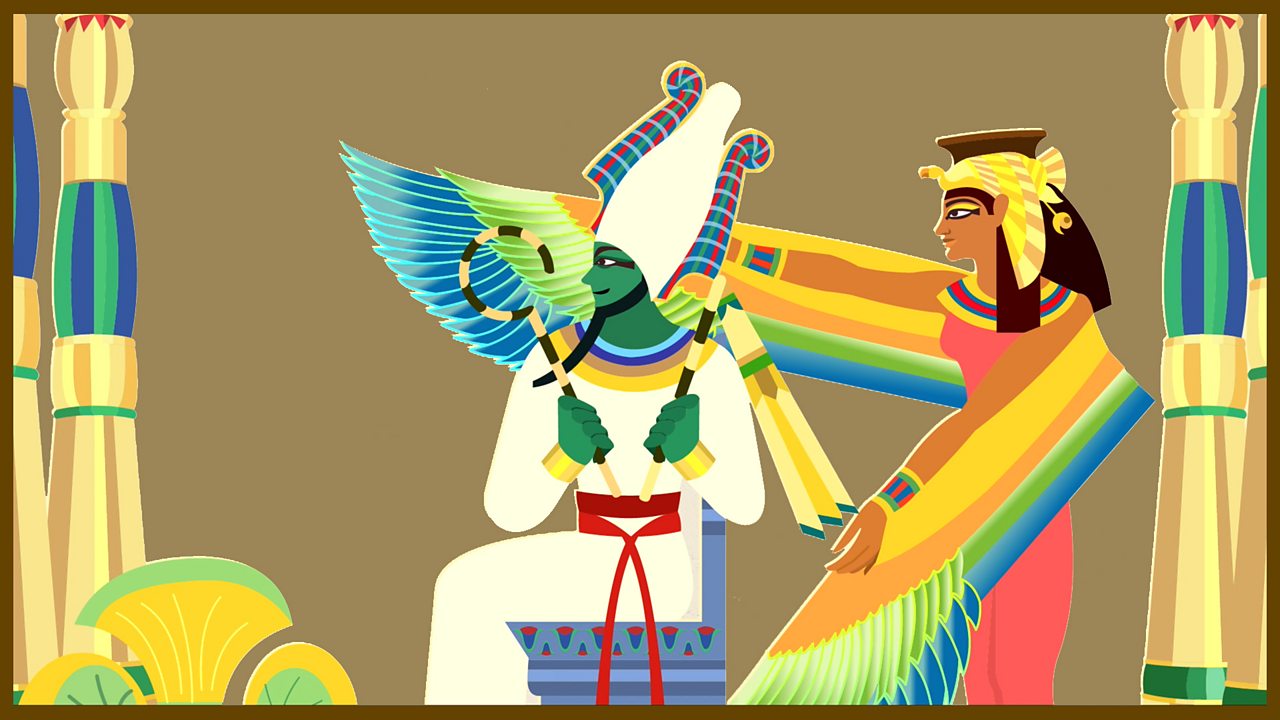 Song: 'So many gods and goddesses'

Join in with a song about some of the most important of the Ancient Egyptian gods.