History KS1: 1. Why did The Great Fire of London happen?

The causes of The Great Fire of London in 1666.

The episode begins in the present at a barbecue where we meet a rat called Maureen.

Maureen then takes us back through time to introduce one of her ancestors, a rat living in London in 1666 at the time of The Great Fire of London.

Pupils will learn about the causes of The Fire, meet key individuals involved and witness how Londoners responded to The Fire. 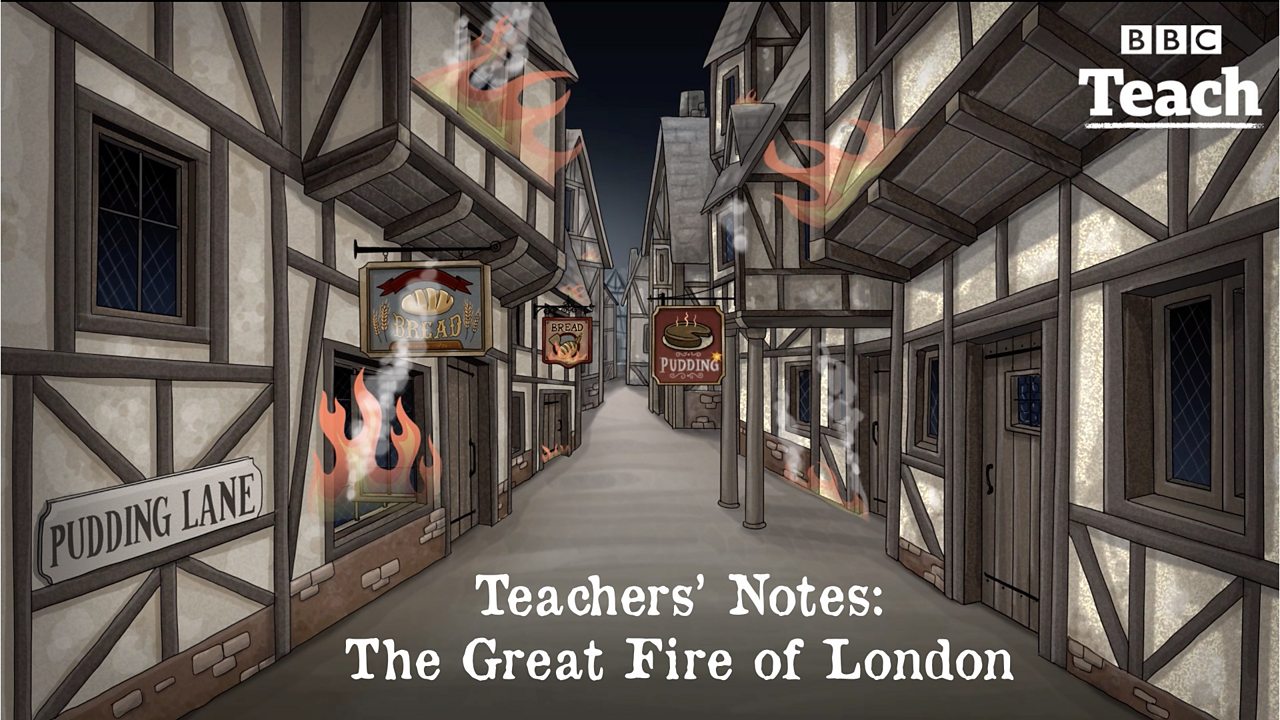 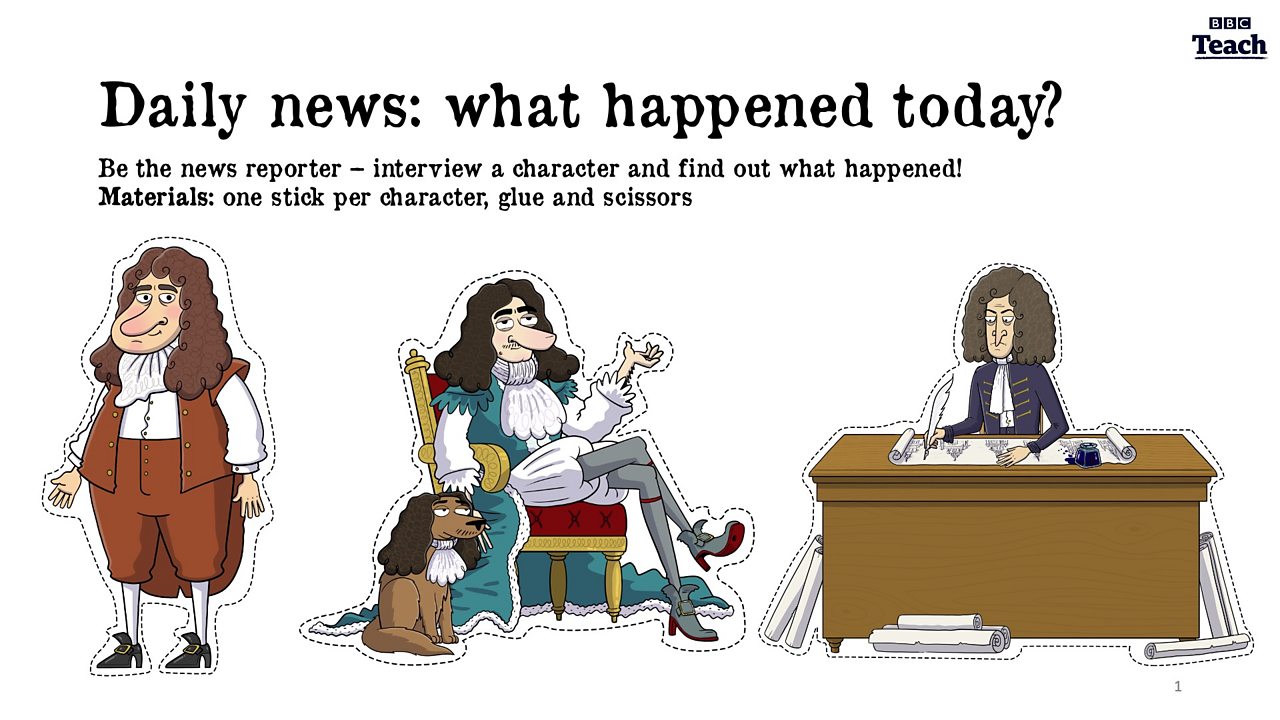 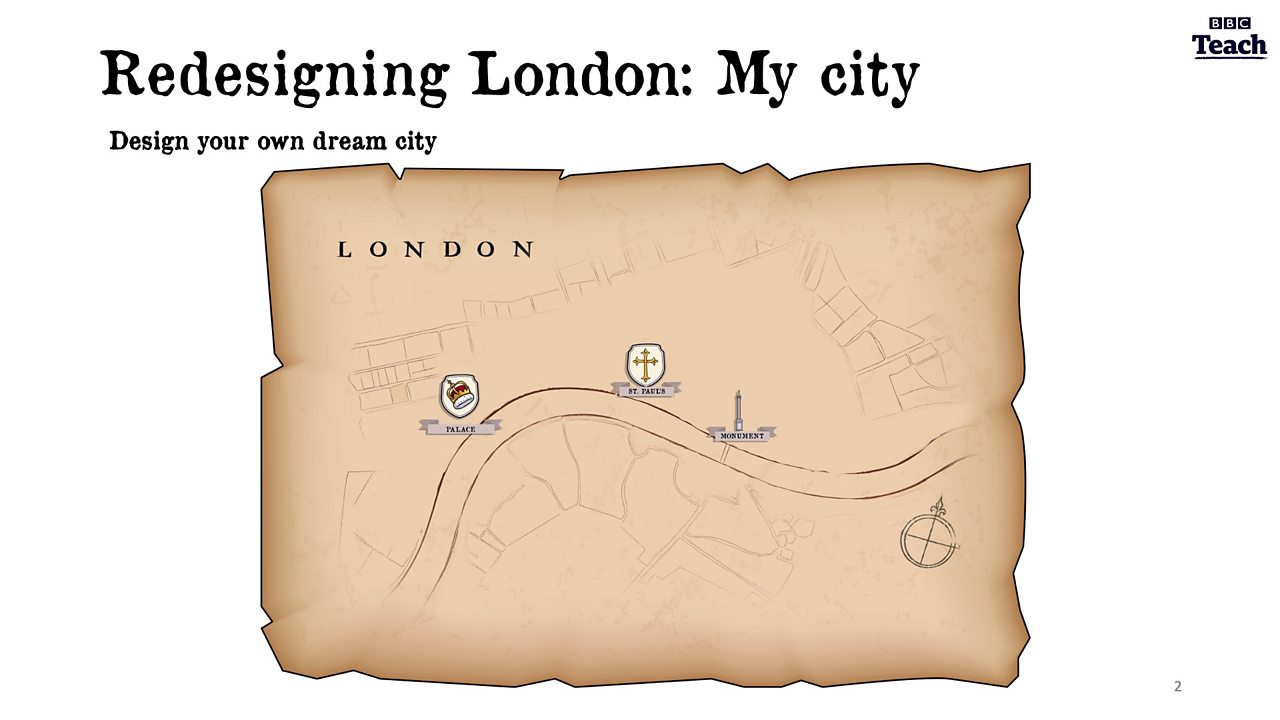 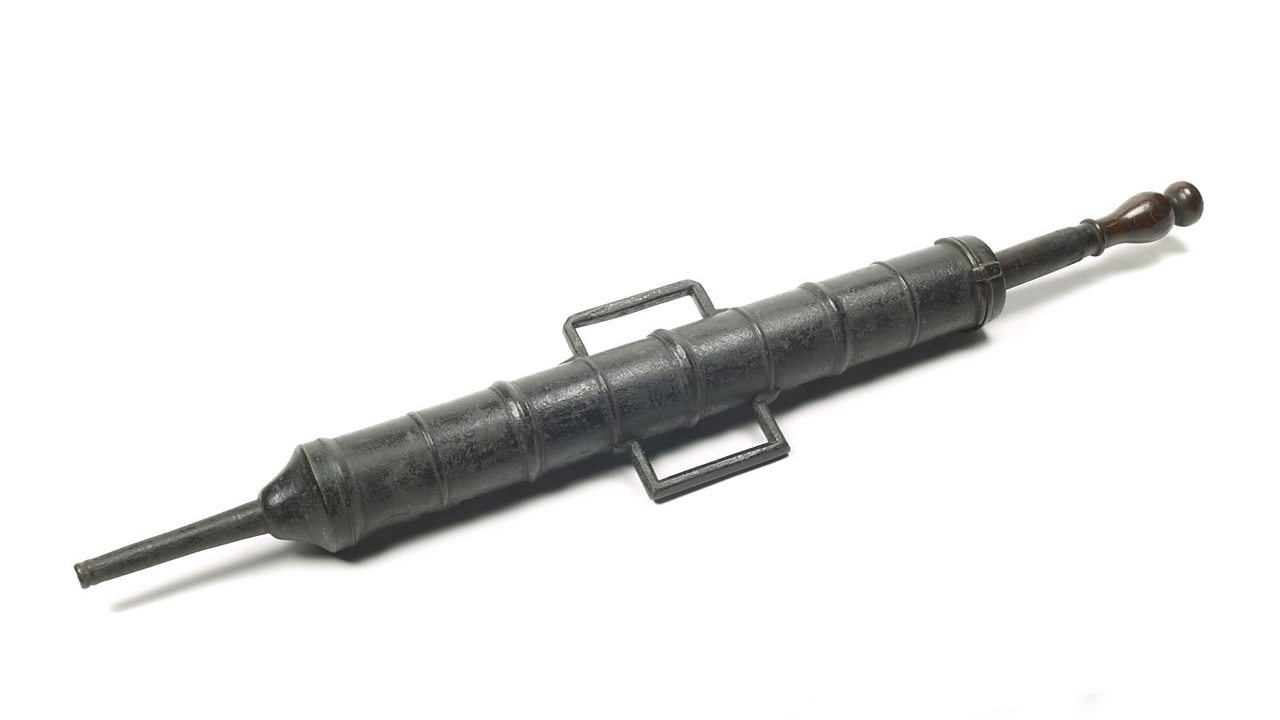 Discuss the dangers of fire and the impact fires can have. You could make links with relevant new stories, for example Australian fires and their impact on wildlife and homes. Ask children where they have experienced fires and flames.

Look at images and artefacts from the mid-17th century - eg buildings and clothes - to give children a ‘sense of period’. Dates are not vital for teaching chronology at KS1, but by using artefacts we can help children understand what life was like at this time.

Look at paintings of The Great Fire and explain we will learn about it. Ask children – How do you think it started? How long do you think it lasted? How did they put it out?

Who do we think started The Fire? (Thomas Farriner)

Why did the people of London not call for the fire brigade? (There was no fire brigade in London or elsewhere.)

Why was the Lord Mayor not concerned about the fire? (Fires were very common during this period and normally weren’t as big as The Great Fire. Lots of people wouldn’t have panicked at first- they were used to fires.)

Why were the houses so close together? (Many houses in London at the time had been built in the Tudor era and used ‘overhangs’ to gain more room on the upper floors. The cost of a house was based on the size of its plot, so the overhang was a way of gaining more space without paying for it. Consequently houses were very close together.)

How did the people of London try to stop the fire? (They used water 'squirters' and other basic tools, such as buckets of water. Every parish kept resources for this in their churches and people worked together to put out fires as they happened.)

Answer the question at the end of the video - What happens next? How long do you think The Fire lasted? What was the impact on London?

Should Thomas Farriner have been punished? Discuss the enquiry question as a class or debate it by putting the class in teams - for and against. 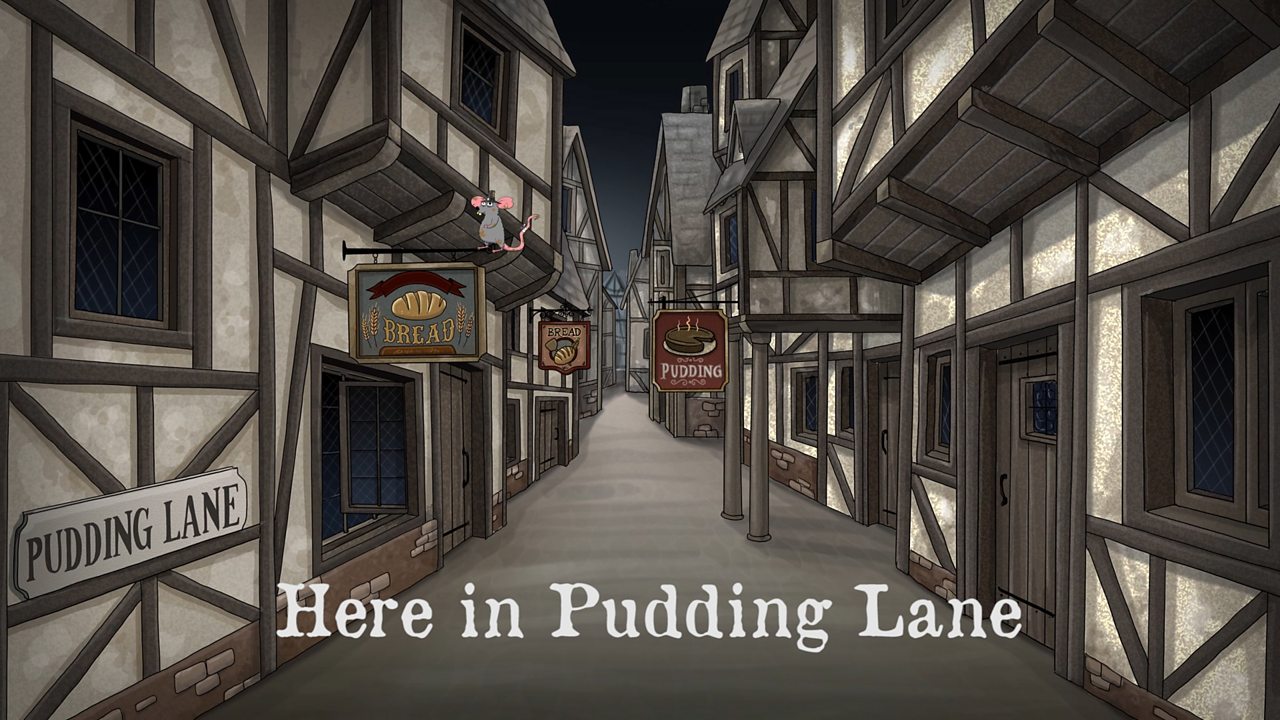 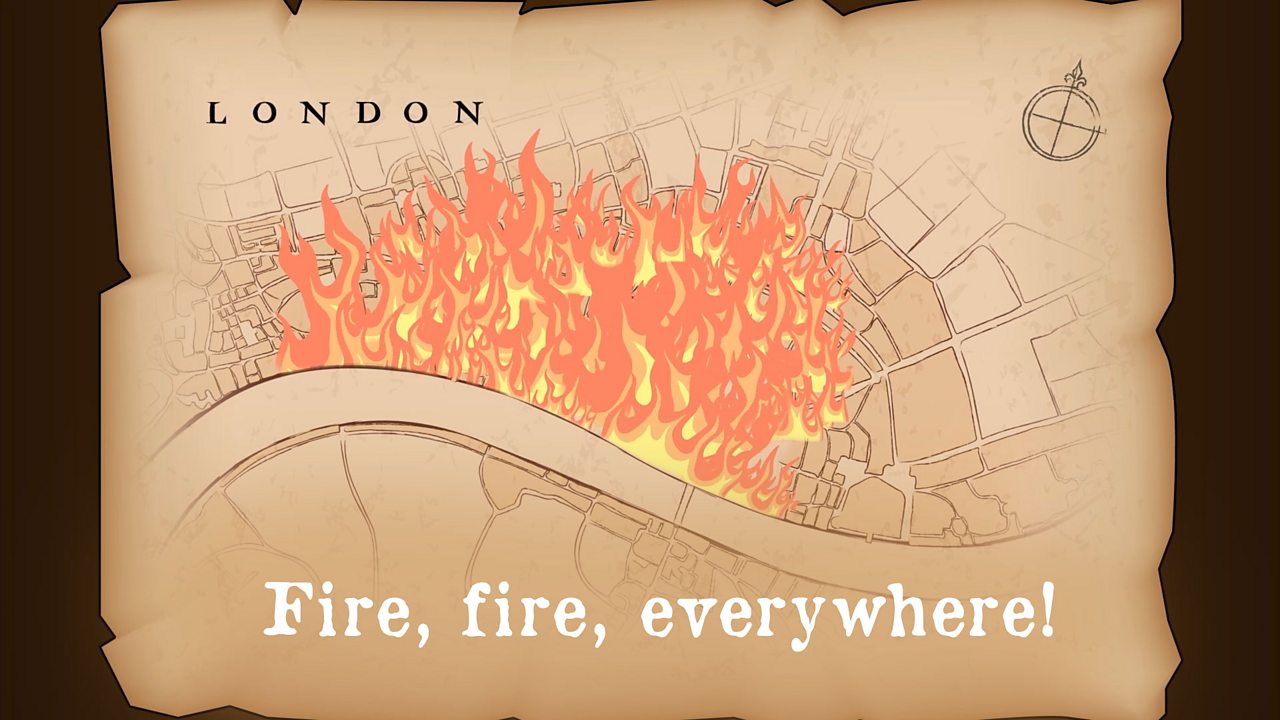 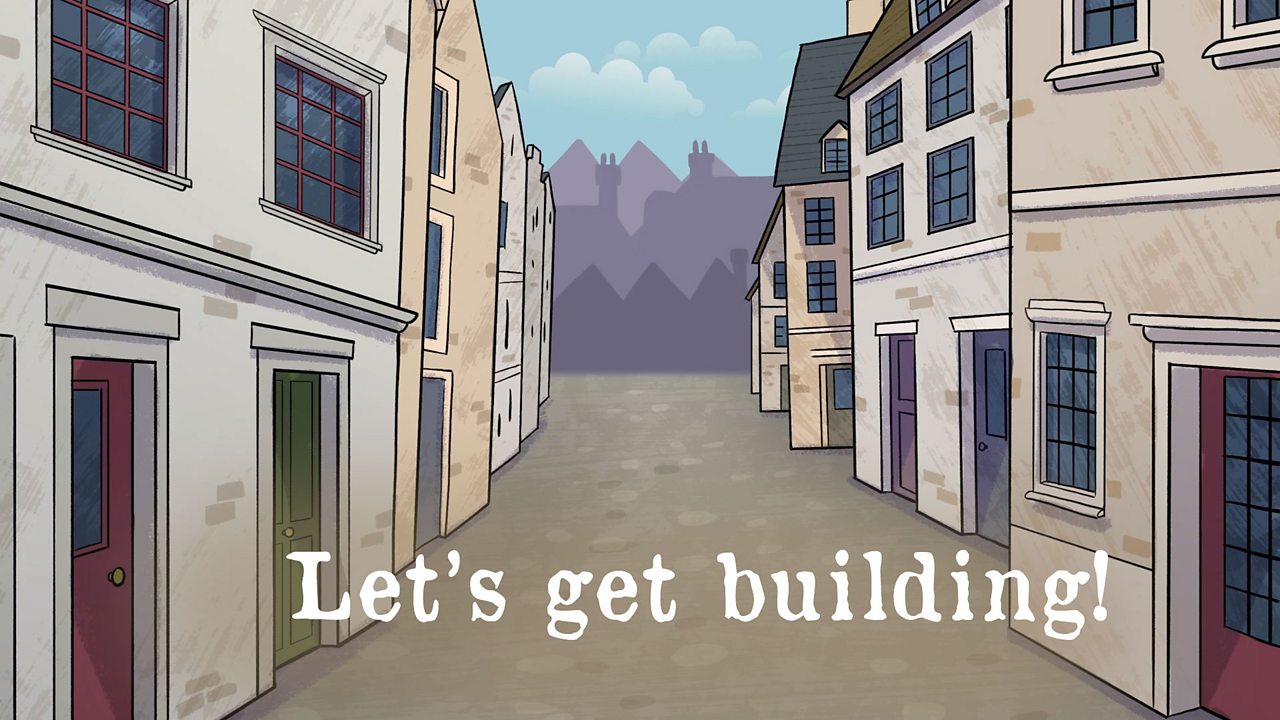 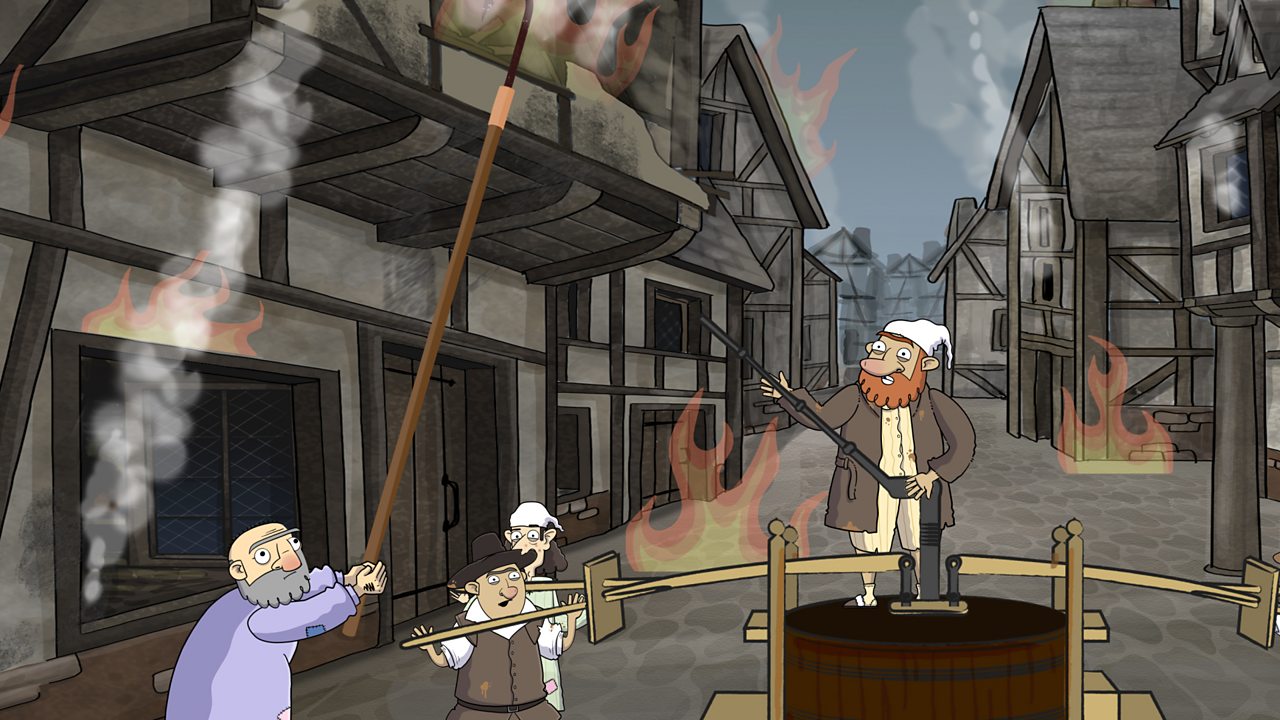 We learn how the fire spread across the city and how the Lord Mayor, Samuel Pepys and King Charles II were involved alongside ordinary citizens. 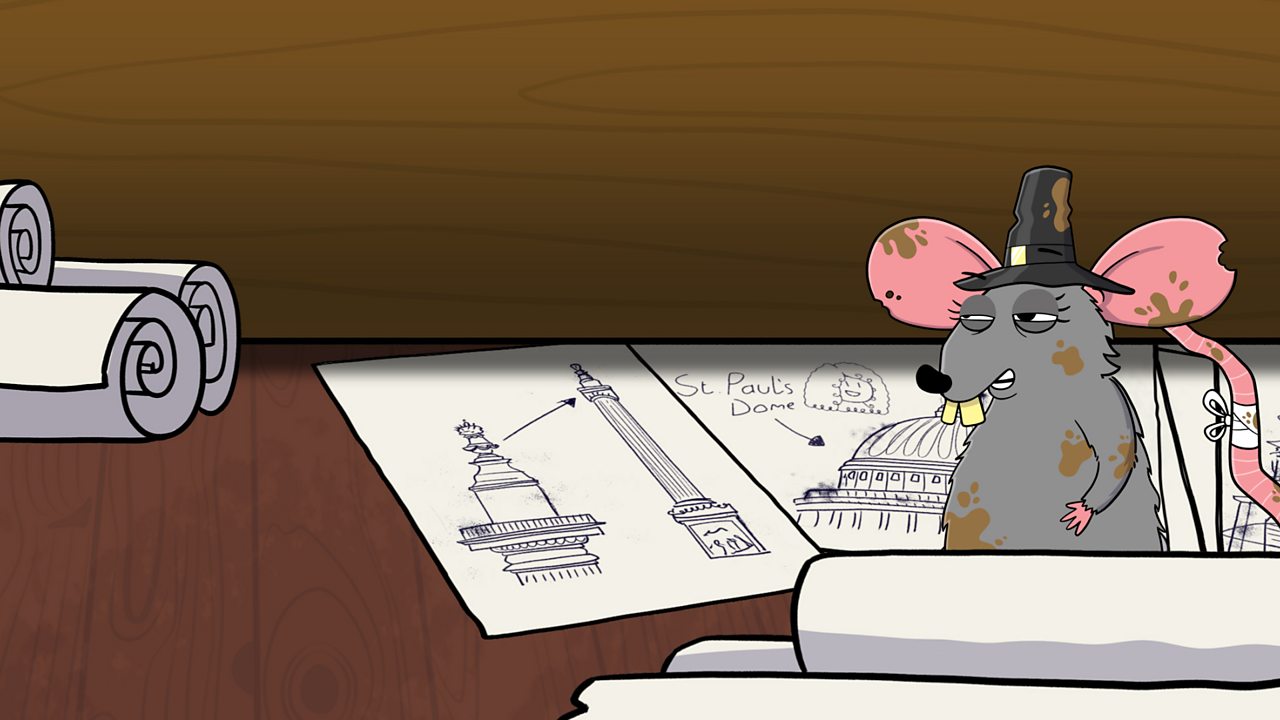 We discover what happened to the city after The Fire, the role of Christopher Wren in rebuilding the city and how we remember The Fire today. 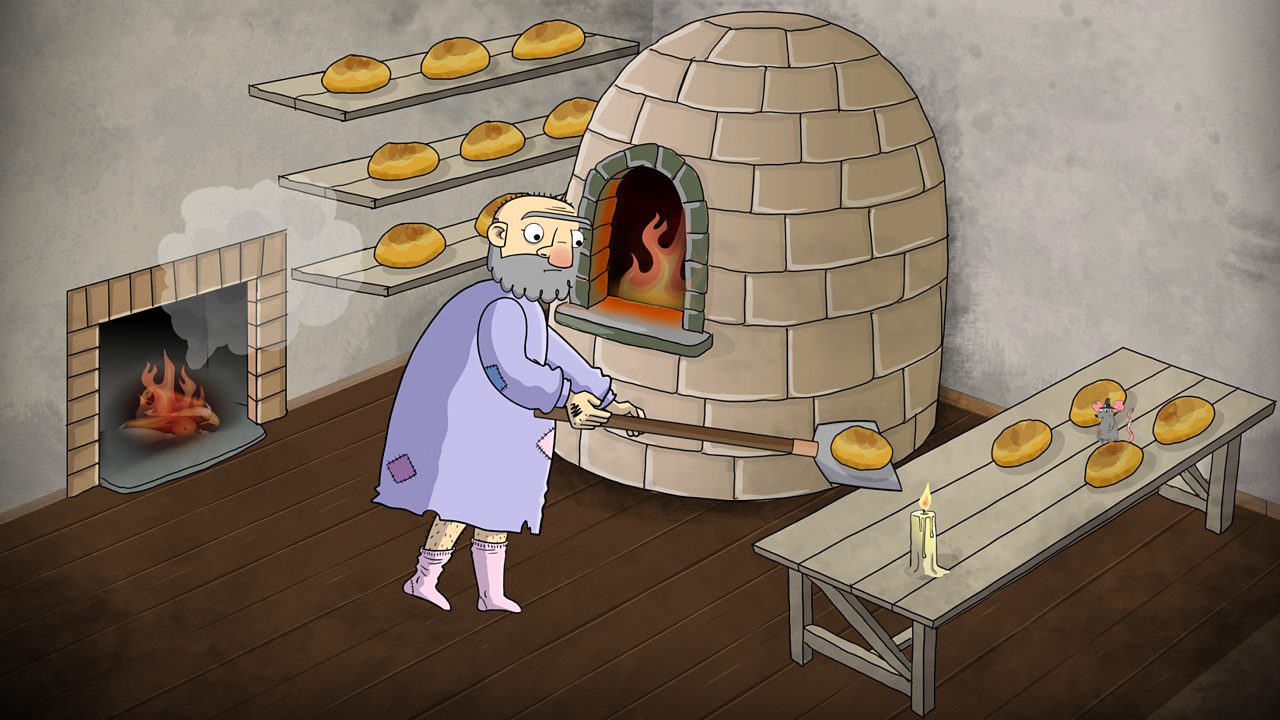 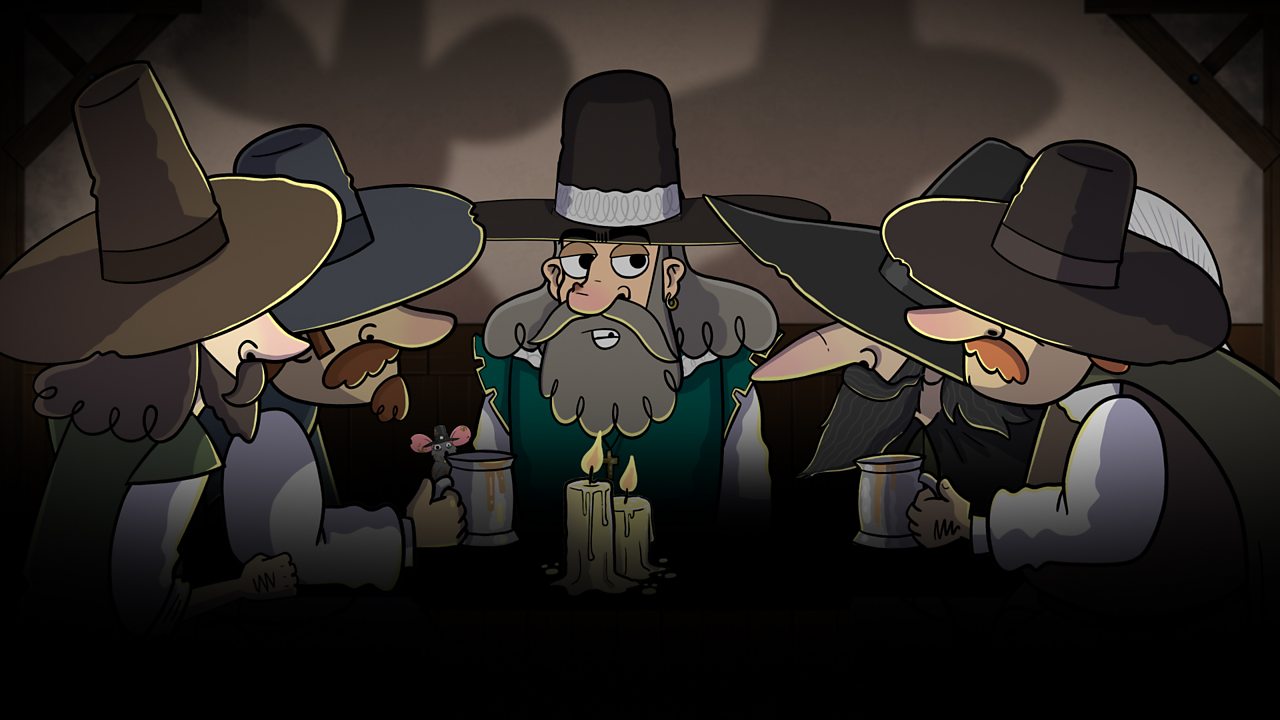 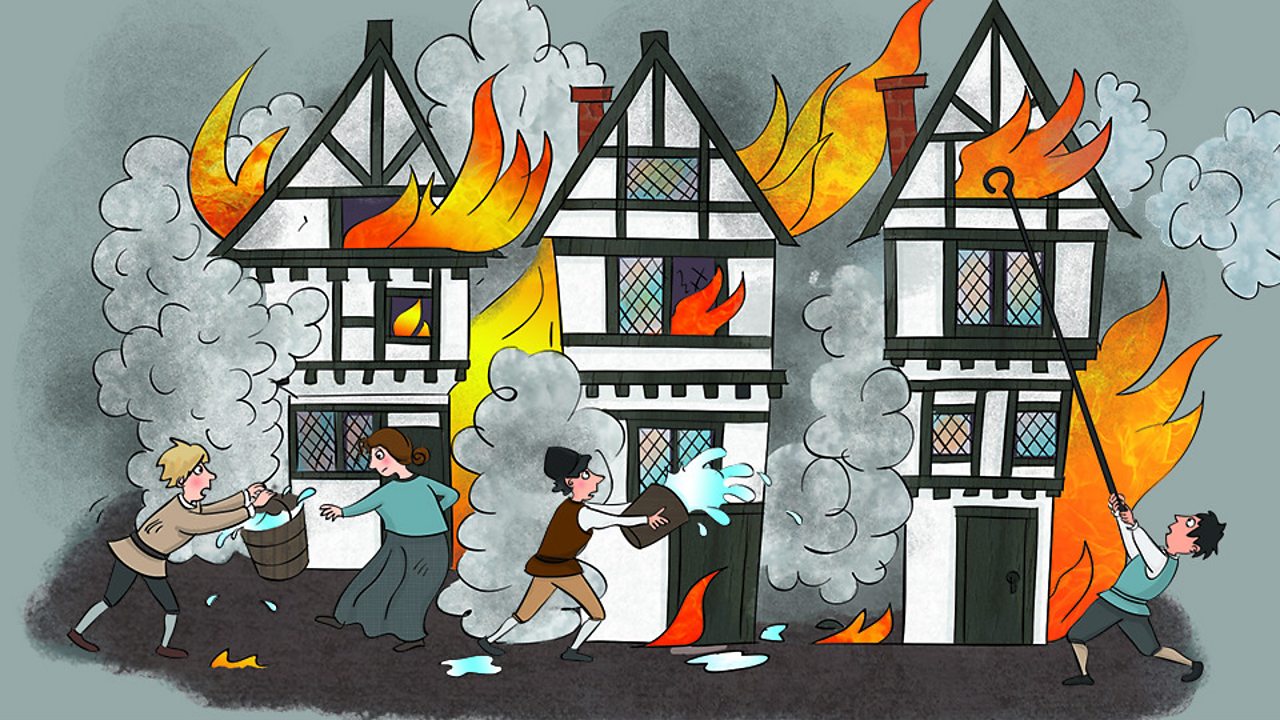