Castles and Knights: The Real Life of a Knight

Fatima and Harry find out that the real life of a knight was often very different to the stories that are told.

In this animation Fatima and Harry learn some of the ways in which life in medieval times is different from today.

Sally tells them about how society was organised - a very basic explanation of the 'feudal system' - and some of the ways that the life of a real knight was different to what we read in stories. They learn about armour (hugely expensive) and coats of arms (each picture tells a story).

The video can be used to help pupils understand some basic elements of chronology (ie things were different in the past) and can form a good base for the curriculum objective of studying ‘events beyond living memory’. 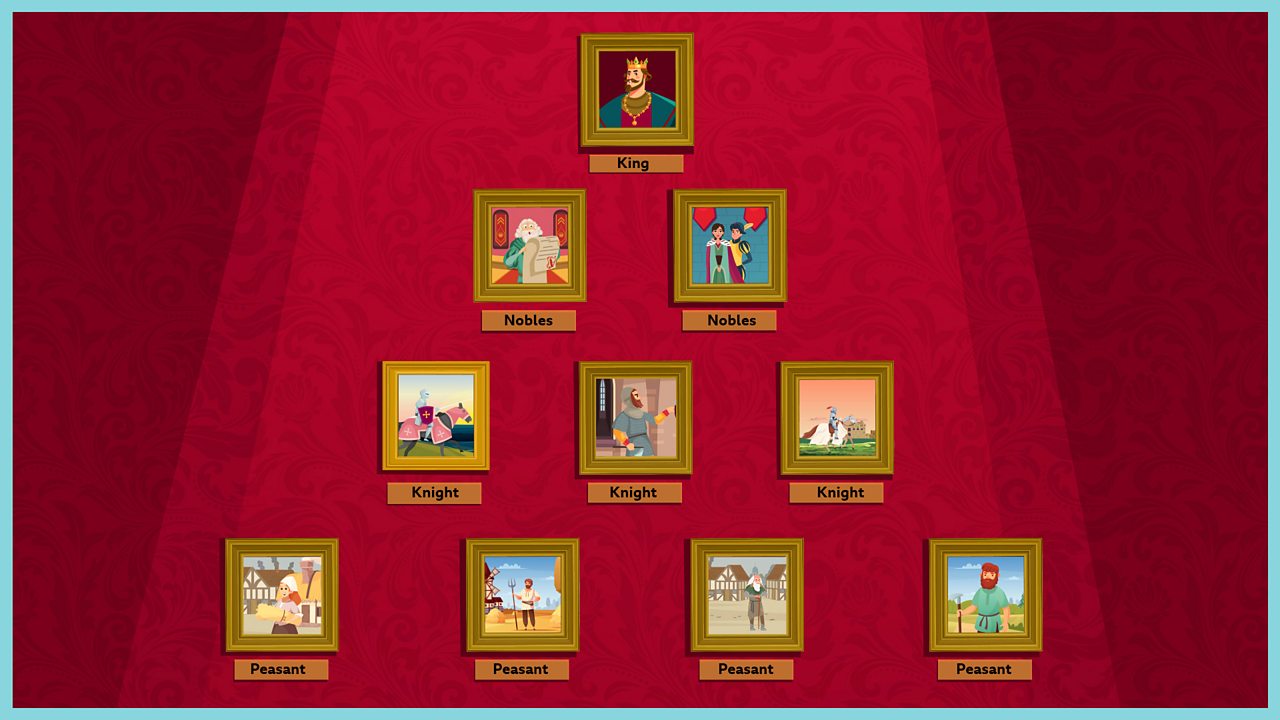 A knight's place in medieval society 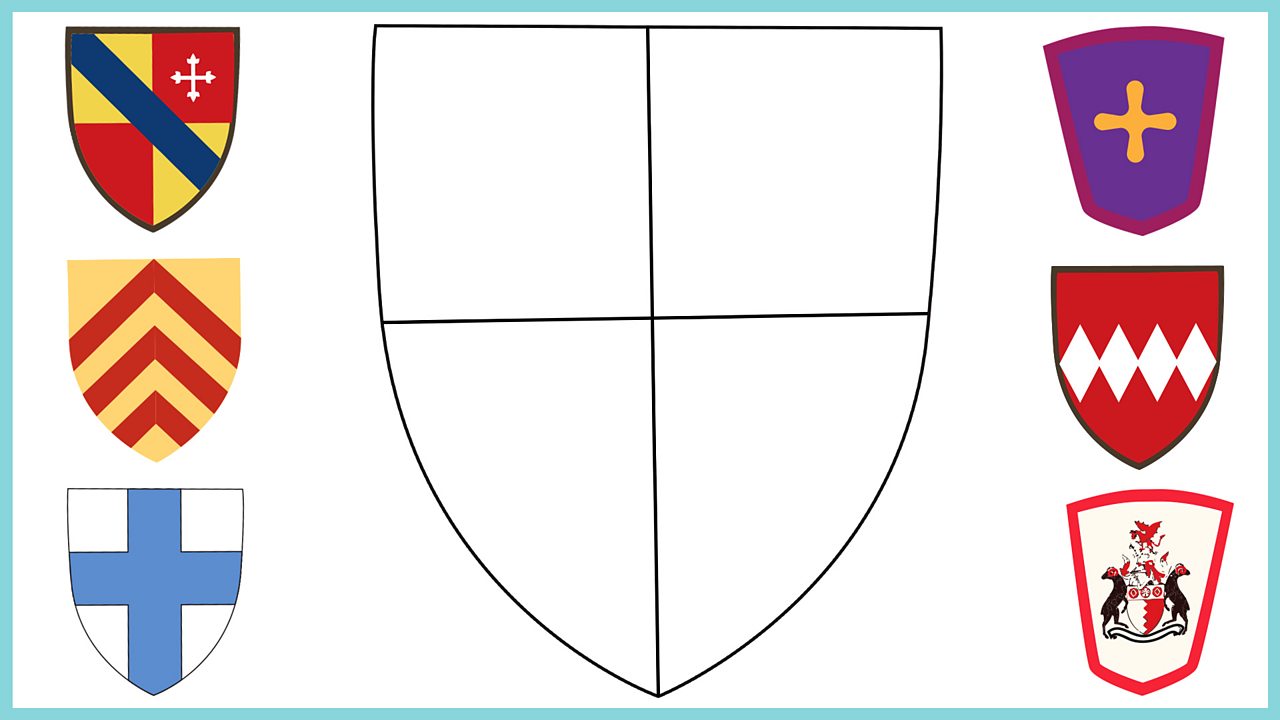 Design your own coat of arms 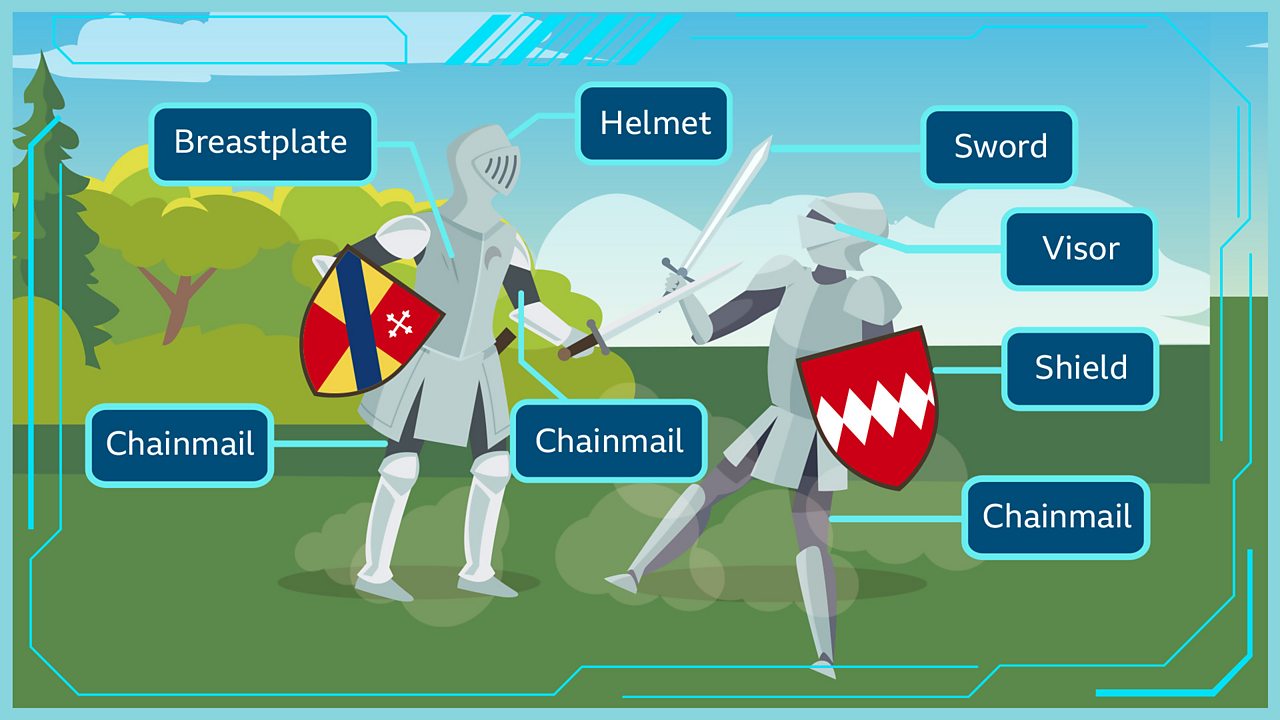 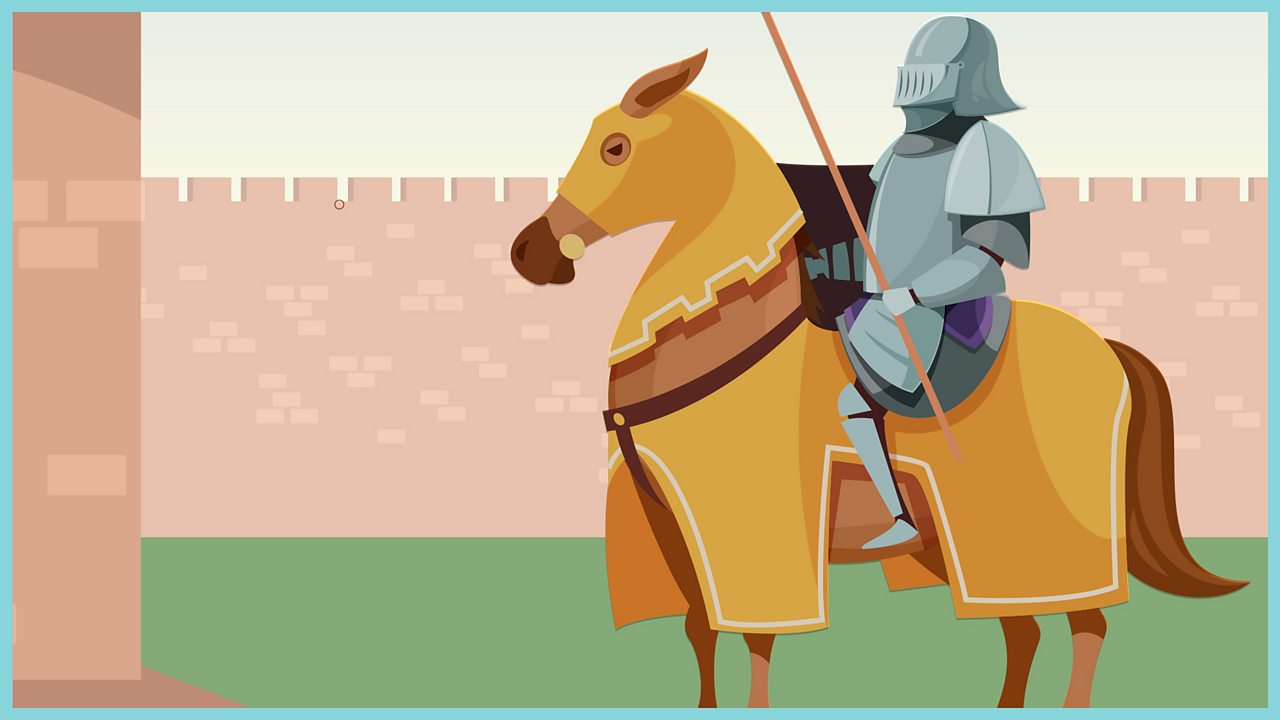 Label a knight on horseback

This video is a good initial stimulus for an introduction to the way society is structured - who has power?

The class could explore what they already know about knights - this would be helped by showing some images or even props such as costumes.

The teacher could prompt questions, such as where they may have seen knights (books, cartoons, films etc).

It would also be a good idea to ask what they know about kings and queens? What were they like in the past? What are the similarities and differences between a queen in the past and a queen today?

The teacher could stop at various points, asking questions about what is the same and what is different between the Medieval period and today.

To make this clearer, the teacher could use two overlapping hoops (positioned as a Venn diagram) to capture a bank of pupil reflections.

Pupils could also be asked to check if what they originally thought turned out to be true.

For example, are knights what we expected? Is the king or queen really powerful?

After the video and beyond

English (Composition) - imagine you are a knight for a day... What is life like? Make up a story about a knight and a castle!

Pupils could work in groups to come up with a story about what it is like to be a knight and then the teacher could use this as a stimulus to get the pupils to compose some writing.

This would be enhanced if the teacher could do some examples of oral storytelling first to set expectations and give examples which would make the pupils feel more confident.

Art - the video introduces ‘heraldry’ - you may use this to link to the art curriculum objective of ‘using a range of materials creatively to design and make products...using colour, pattern, texture, line, shape, form and space’.

Pupils could make a shield and coat of arms to represent them and their family. 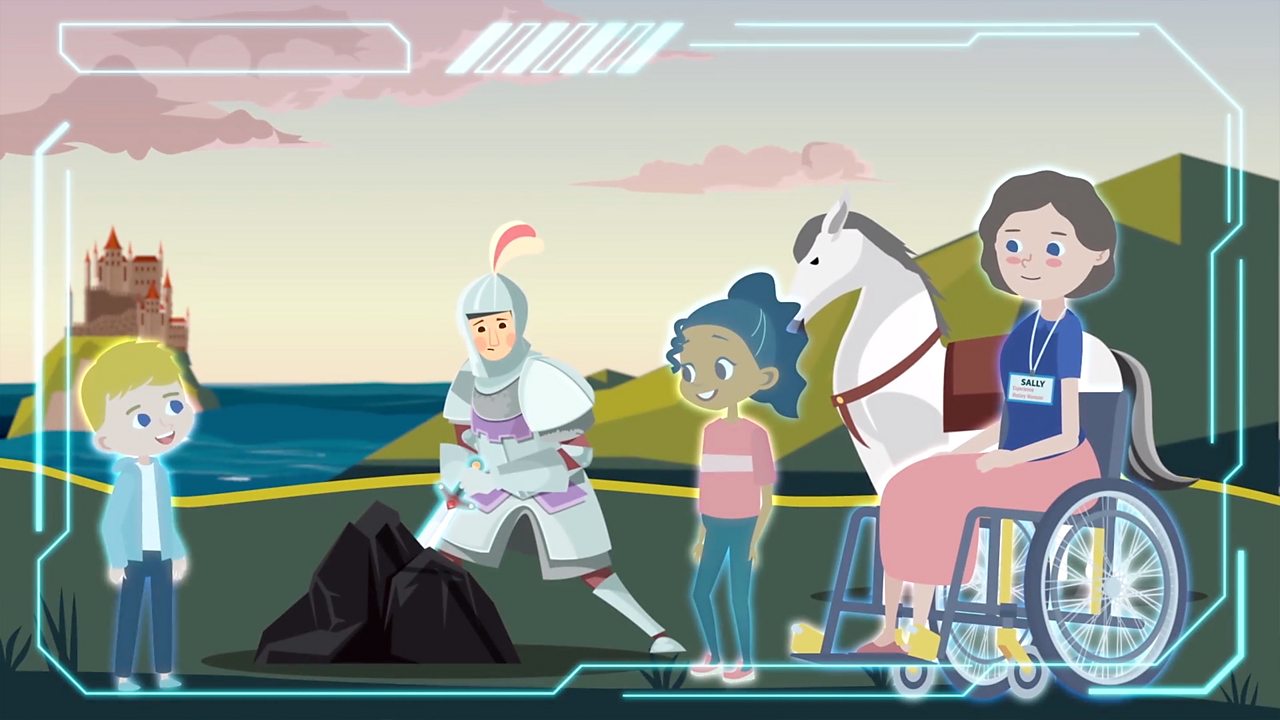 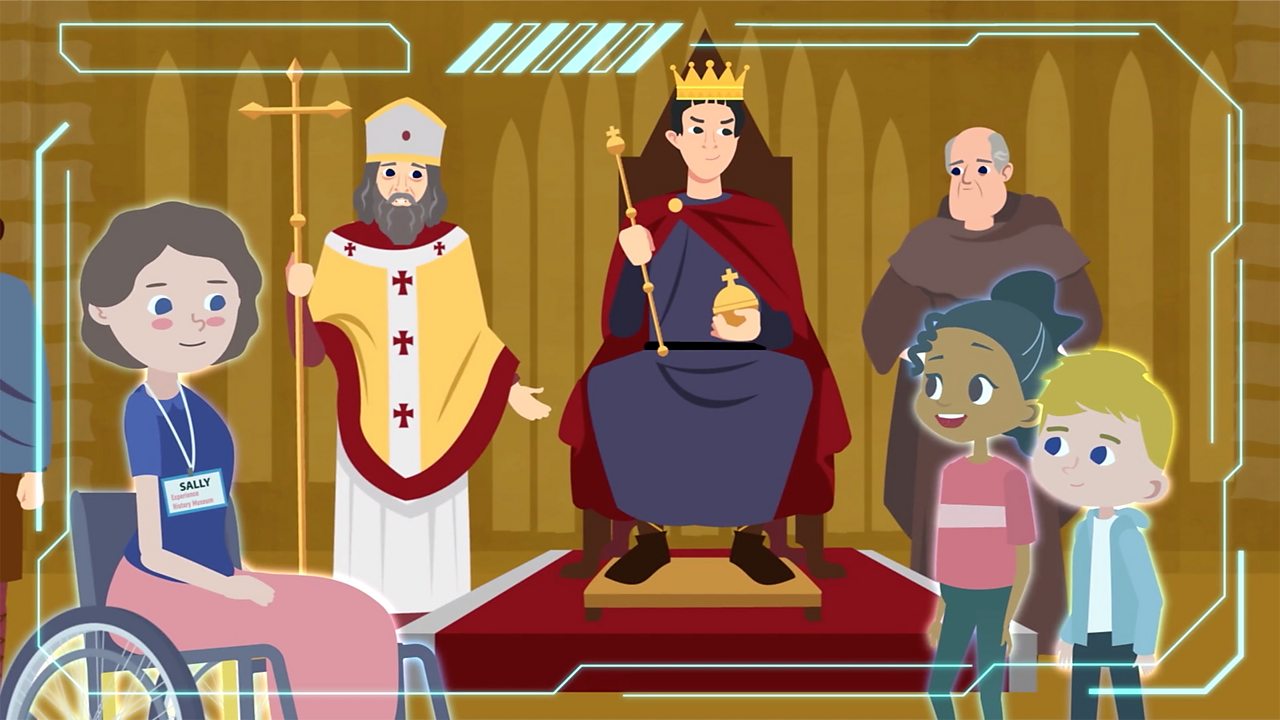 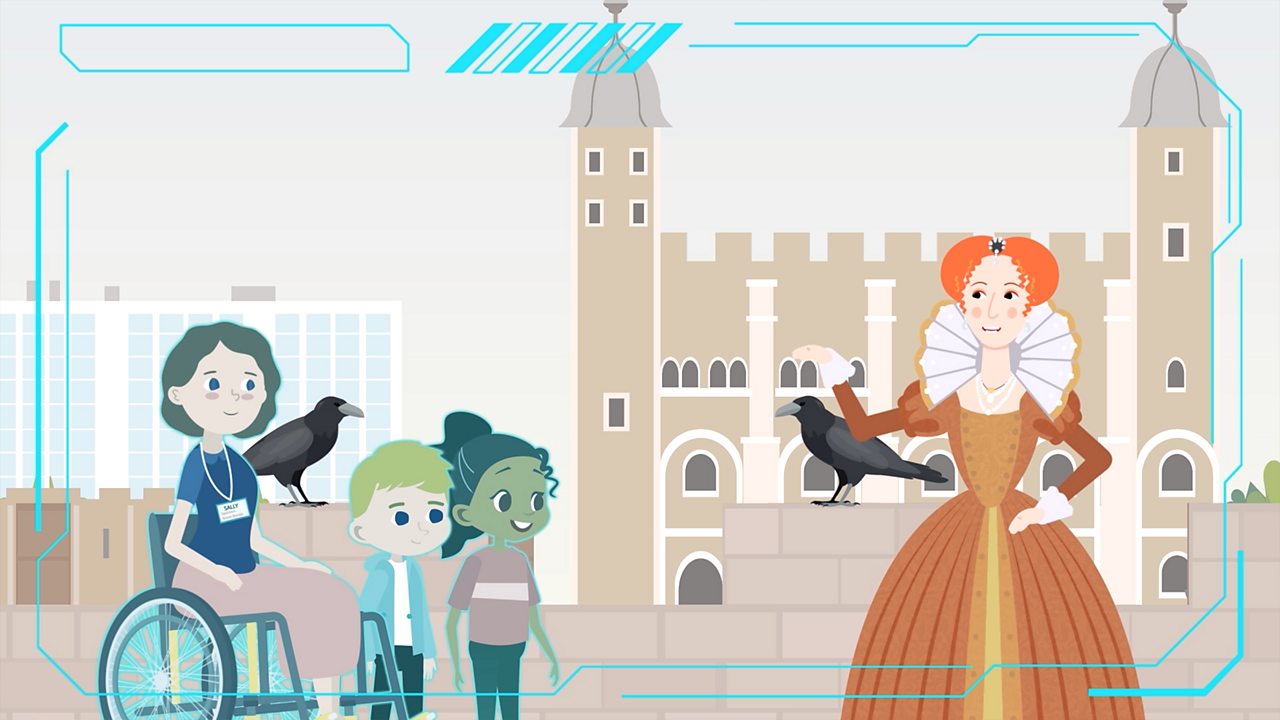 Fatima and Harry explore one of the most famous castles in the UK: the Tower of London.