History GCSE / National 5: What was the Peterloo Massacre of 1819?

On 16 August 1819 over 50,000 people gathered at St Peter's Field in Manchester to protest the right to vote, by the end of the day what became known as the Peterloo Massacre, would lead to the death of 10 to 20 people with more than 400 injured.

The crowd were there to hear radical speaker Henry Hunt make a call for the reform of Parliament but as he began his speech the authorities ordered the gathering to be shut down by force.

An attempt was made to arrest Hunt, and in the chaos that followed, soldiers charged the crowd resulting in a massacre which almost two hundred years later British director Mike Leigh has brought to the big screen in his film Peterloo.

At the time, 30 years after the French Revolution, reform groups all over the country, particularly in the industrial regions, were calling for representation.

Many regarded Britain's parliamentary system, which was based on property ownership, as unfair and unrepresentative.

“The government believed that unless you owned a significant amount of property and had a stake in the country, you couldn’t be trusted to exercise the vote," Dr Robert Poole from the University of Lancashire explained.

"Ordinary people at the time were not citizens, they were subjects.”

“(In 1819) Most people didn’t have the vote. Factory workers had very few rights. Corn laws kept the price of bread high.

"A belief had settled that no parliament that was democratic would have done things like this."

"They were there to claim the vote. And they were doing this in Manchester which had no MP at the time.”

Lashing out with sabres

“The local magistrates didn’t believe that it was possible for large numbers of working people to gather without there being trouble," Dr Poole said.

"They sent the deputy constable in to arrest the people on the platforms."

"They came in with the yeomanry who were completely untrained. They had been drinking at lunchtime - a common habit - they were essentially amateurs."

"They got stuck and they started lashing out with sabres. There was a great surge of people in every direction. Then the chairman of the magistrates, William Hulton, called in the regular troops, the Hussars, to clear the field.”

Dr Katrina Navickas, a historian from the National Archives, has studied letters to the government that show how there were deep concerns about rebellion and revolution across the North West.

"Someone in Preston writes on 31 July 1819 to the Right Honourable Earl Sidmouth (the Home Secretary) and says that he's seen that there's 'ideas of reform and rebellion' formulating 'amongst the lower orders'," Dr Navickas explained.

"He says that they're making 'pikes' - which are like spears - 'for their diabolical purposes.'

"So he thinks that they want to cause a revolution and that's why he thinks it's necessary to spy on them and send information to the government."

"Another letter from Middleton describes women going from house to house begging for money to make 'Caps of Liberty which they intend to carry to the Manchester Meeting.'", Dr Navickas said.

"People wore them as a symbol of reform and it was originally associated with the French Revolution."

"One letter says there's been a meeting at Rochdale and they marched in procession through the town, with flags flying with inscriptions on them.

"They want no corn laws, universal suffrage and annual Parliament."

Calls for blood in Bolton

"A letter from Volume Three of miscellaneous documents marked 'Private and Secret' tells us something about what's going on behind the scenes," said Dr Navickas.

"If you looked at all those other documents, you might just think that the government's just keeping an eye on things. But there's a letter from the Home Office to one of the Magistrates in Bolton that reads - 'It's the opinion long since formed by his lordship (Lord Sidmouth) that your country will not be tranquilised until blood shall have been shed either by the law or the sword.'

"That tells you how the government are thinking that they are prepared to put these meetings down by force because they're worried about the threat of these huge numbers of working class people, demanding the vote."

"They certainly thought that a revolution was on the horizon, so they are fearing the worst."

There were several acts of Reform throughout the 19th century, but it was not until 1918 that universal suffrage was granted in the Representation of the People Act.

This granted the vote to men aged 21 and over, whether they owned property or not, and to women over the age of 30.

Students could list of all the theories which were put forward for the massacre, then classify these reasons into categories: accident, fault of protesters, fault of authorities or any other category of their choosing.

They could decide which of these three categories is best supported by the evidence in the short film.

This short film will be relevant for teaching secondary history. 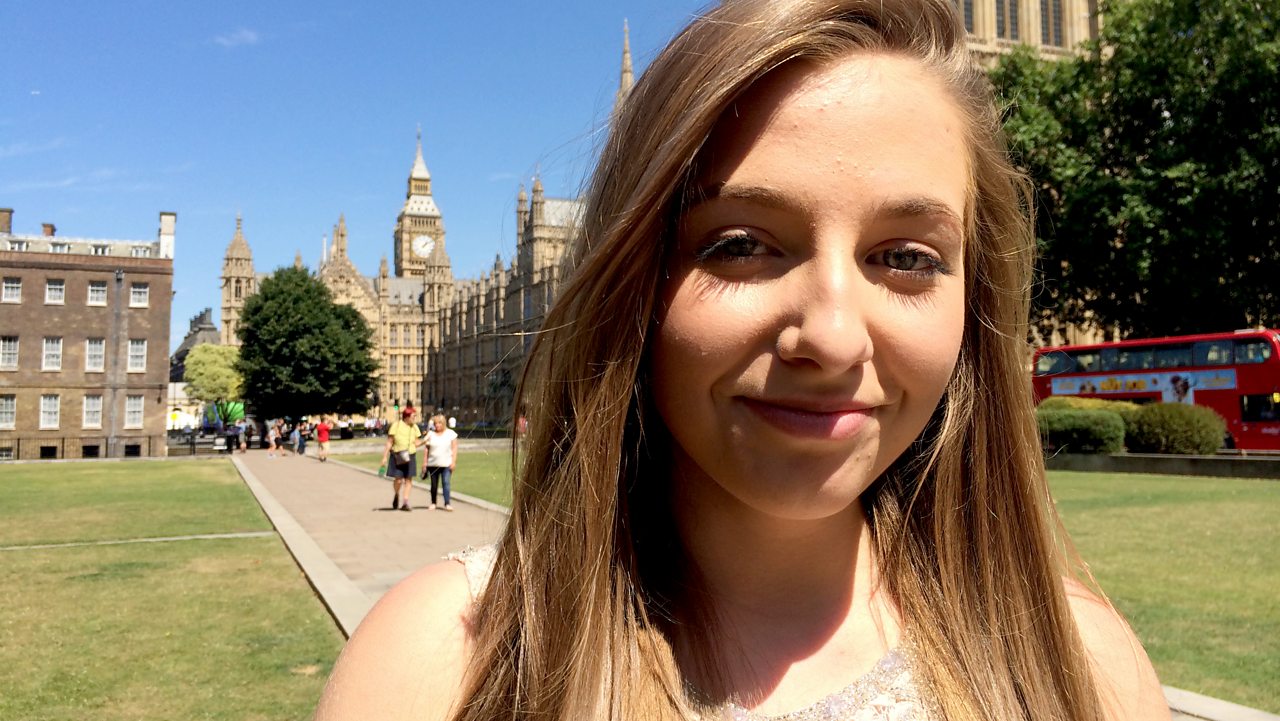 Sophie, from Jarrow on Tyneside, explores the Jarrow March. In 1936, 207 unemployed men marched almost 300 miles to the Houses of Parliament to protest about poverty and unemployment. 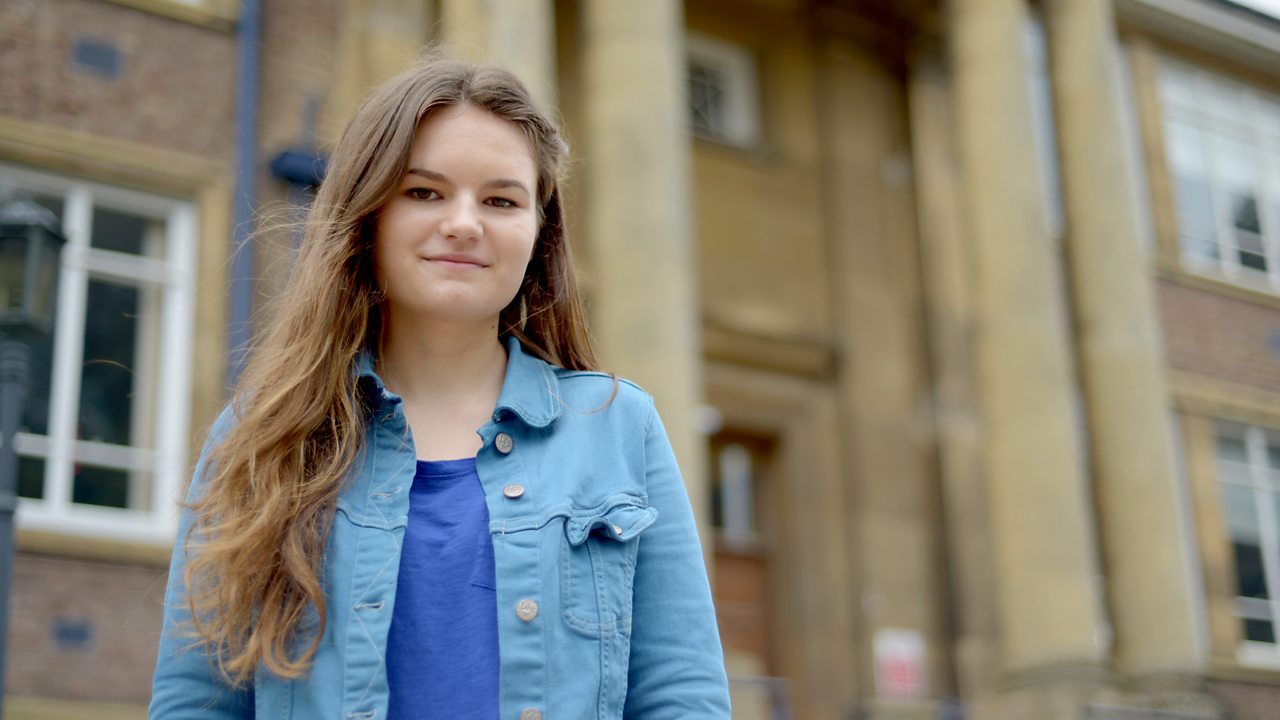 Claudia, from Guildford, meets former students who took over the Guildford School of Art in 1968 in what became Britain’s longest ever student sit-in.