Charlie talks online to his friend Annika in Berlin, who is decorating a cake for Lena’s birthday.

Together they count the 12 candles.

Lena’s three friends take the cake to her flat and sing her a birthday song.

Charlie shows Lena a birthday card he has made for her, then takes Lena’s photo with her family and friends.

This short film focuses on numbers up to 12 and birthday greetings in German.

It is from the BBC series, Virtually There: Germany.

In this series of short fun films, a British boy practices German by talking to a group of children in Berlin via a tablet. Virtually There: Germany revises basic German vocabulary in a series of real-life settings, and using memorable songs.

You can revise or introduce numbers one to twelve using digit cards or number fans, or extend this to 20 for an additional challenge.

Hopscotch or bingo are good games to practise numbers.

Encourage your pupils to learn the birthday song in German by heart, and sing it to their classmates on their birthdays.

Invite pupils who speak other languages to share how they wish someone 'happy birthday'.

Develop listening skills by asking pupils to count how many times they hear the word 'Hoch' in the birthday song.

More from Virtually There: Germany 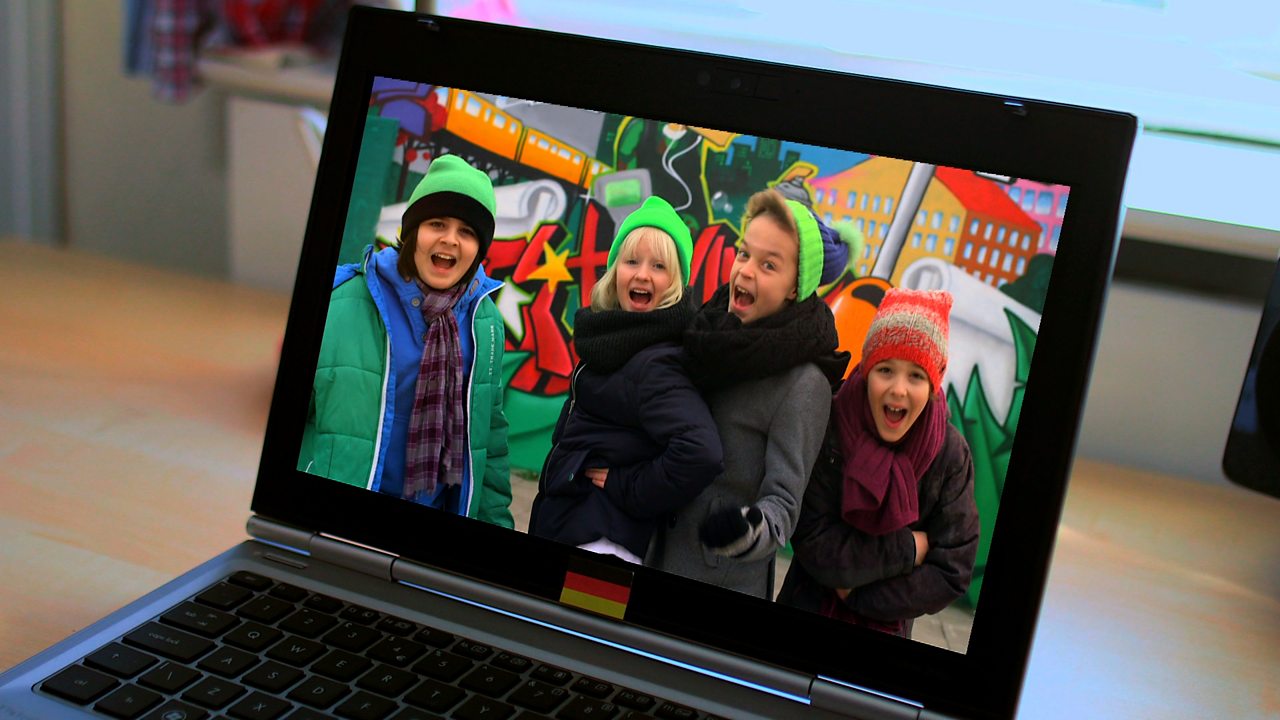 Charlie’s learning German at school, and practising online with some children in Berlin. They introduce themselves and show him around some of the city’s most famous sites. 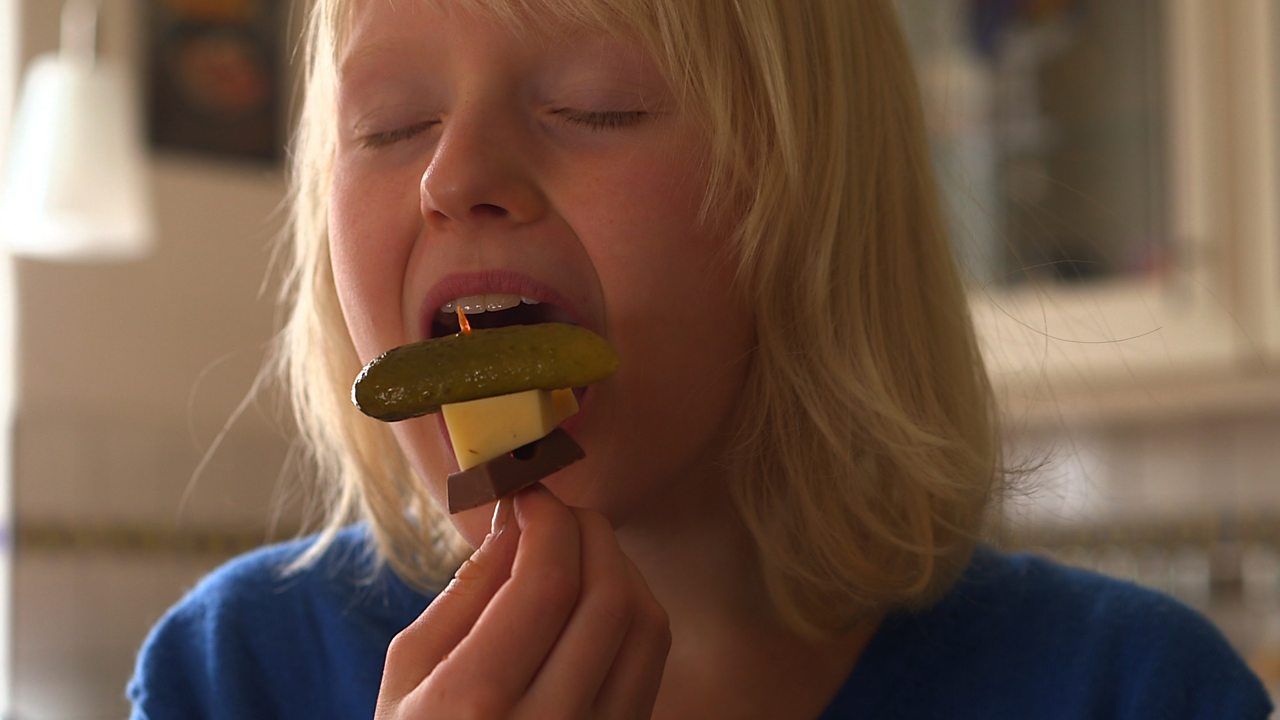 Charlie talks to his friend who is buying a snack at a sausage stall in Berlin, and to his other German friends who are making unusual kebabs with everything they can find in the fridge. 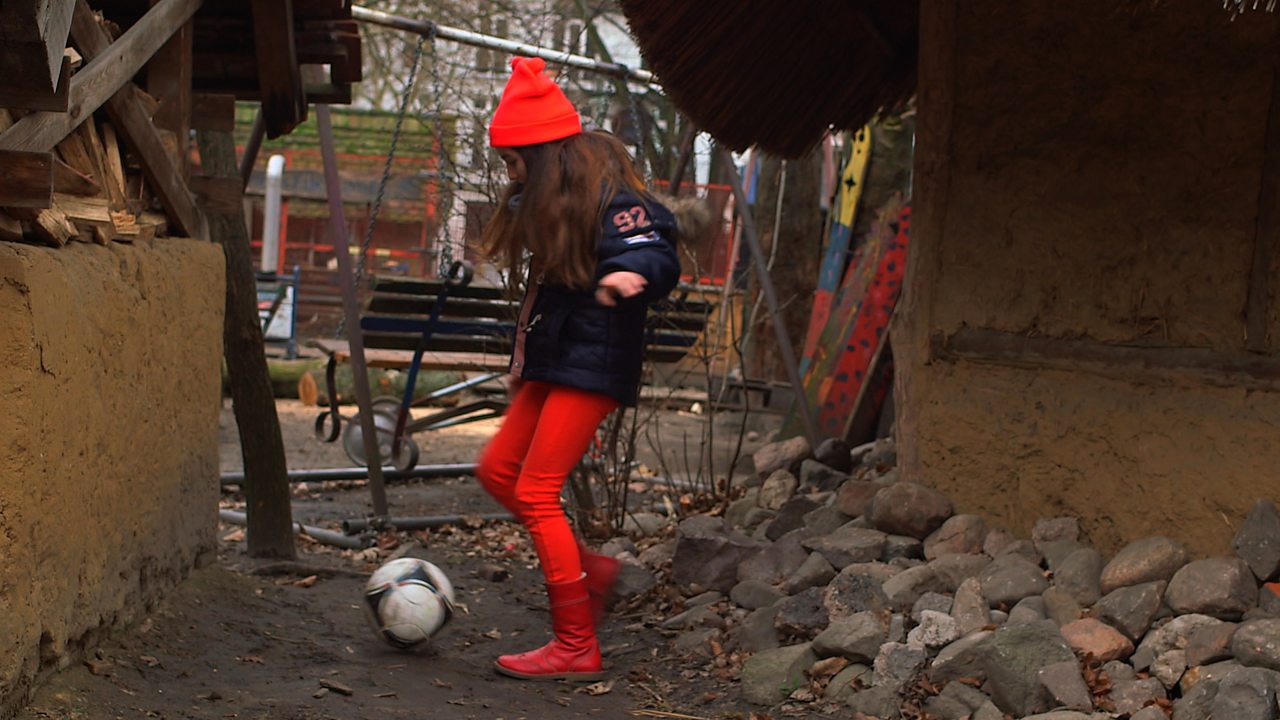 Charlie’s German friend Jens says he’s bored. Lena and Annika suggest different games in German for them all to play.

A song to learn the days of the week in German

A lighthearted and catchy song in English and German to practise the days of the week. 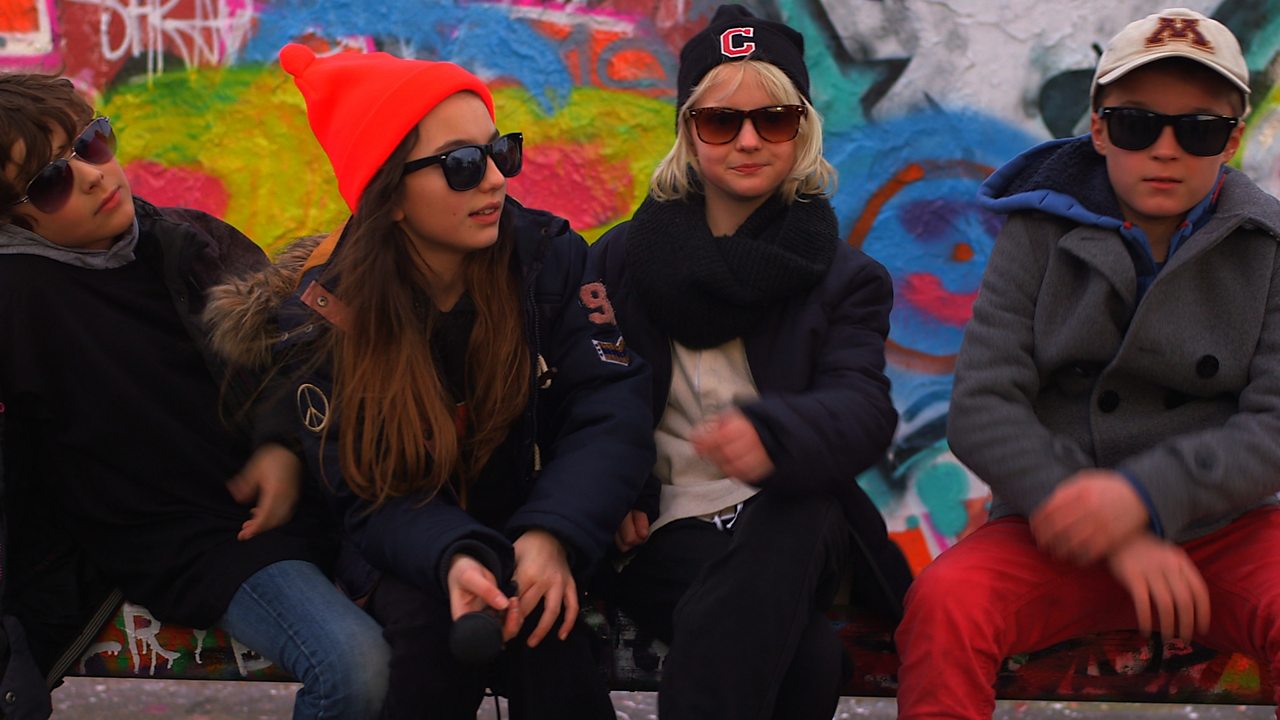 A fun song that explains the three genders of nouns in German whilst revising parts of the body. 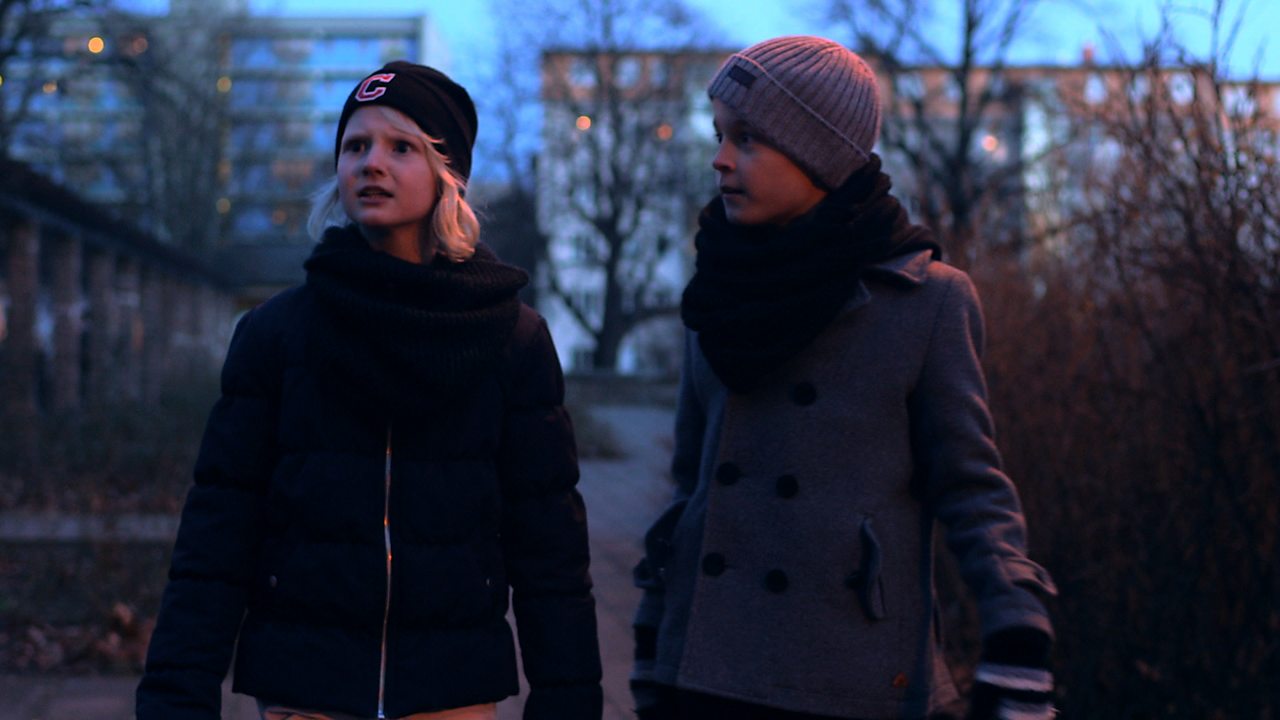 Getting directions in Berlin

Charlie’s German friends get lost on the way to their concert. They are given directions, and Charlie helps them get there just in time. 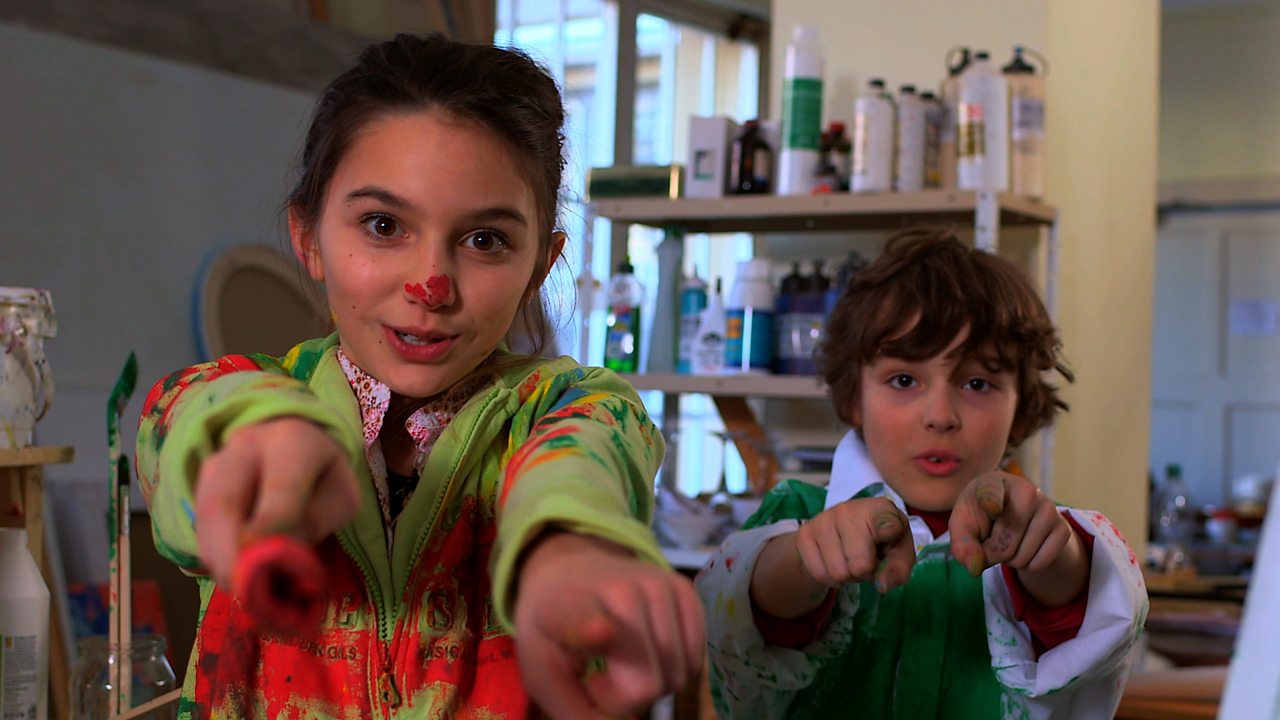 Painting and colours in German

Charlie links up online with his friends in Berlin who are painting a portrait of one of their friends in the style of Franz Marc, the expressionist. Things don’t go to plan! 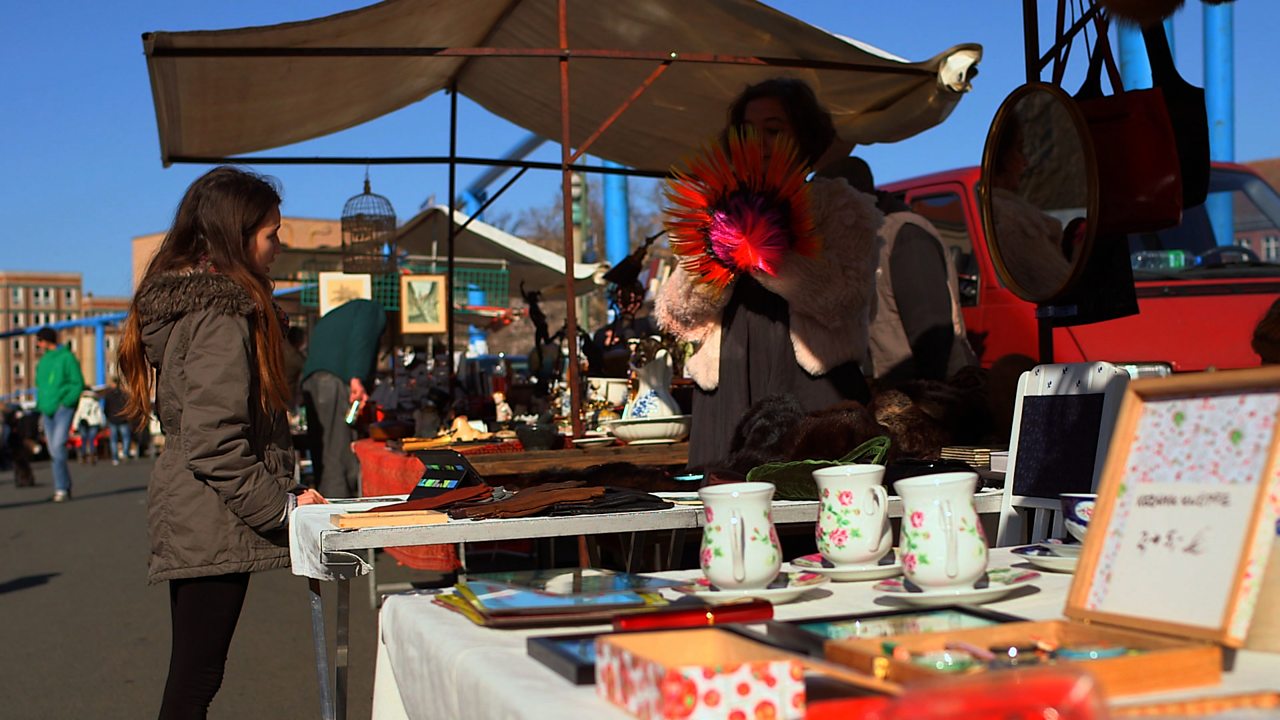 Shopping at the flea market

Charlie’s German friend Lena can’t decide what to wear for a party. She takes him to a local flea market where they haggle with a stallholder to buy a colourful wig. 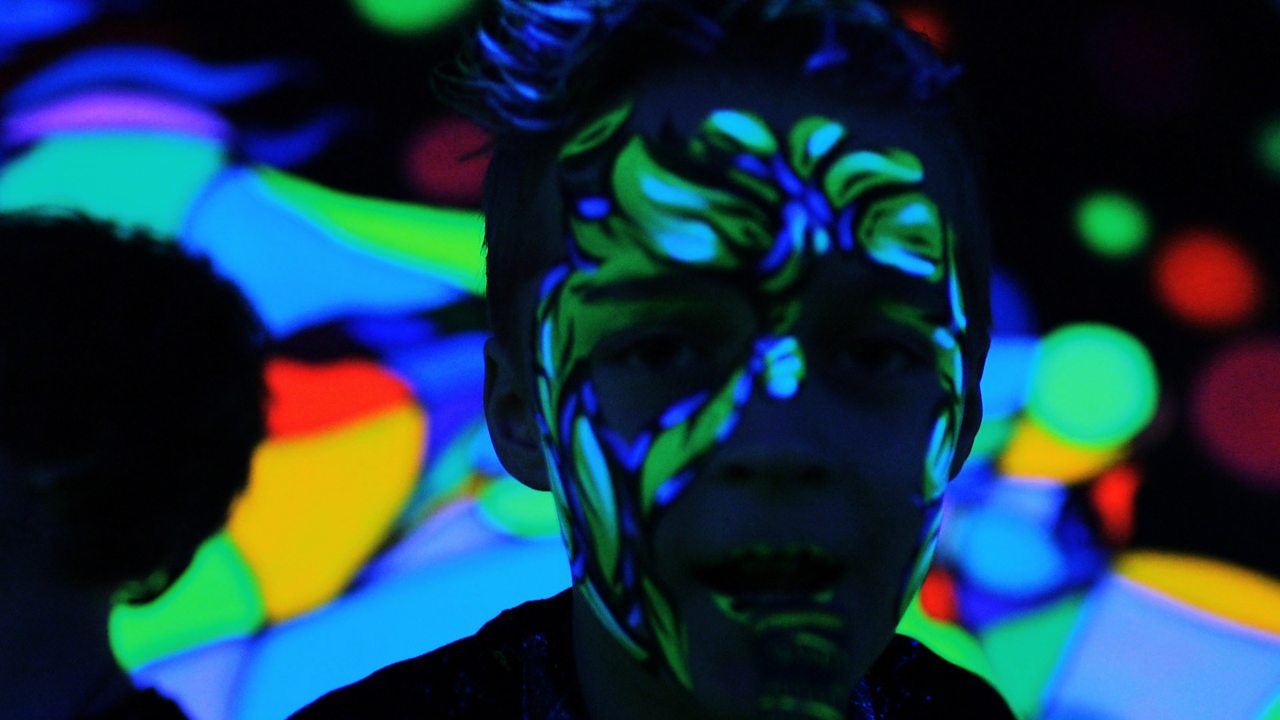 A song about playing games

A lively song for learning German in which children sing about Karneval and playing games.