Presenter Naomi Wilkinson and a group of children gather in a greetings card shop and, using the cards for inspiration, are challenged to write a poem for someone they know.

Working as a group, the children create their poems and perform excerpts at the end of the film.

Bring into class a selection of greetings cards with poems in them (or have the children collect them in as part of homework).

Talk to your pipils about when they receive cards and ask if they’ve ever had one with a poem in it.

Read from the cards and try to guess what occasion/family member they are for. Have pupils read poems from a selection of cards.

They might want to share their favourites by reading aloud (reading poetry aloud is a great way to develop an ear for language).

Tell the children they are going to write a poem for a greetings card for someone they know, like in the video.

Give them a moment to decide who to write to.

Then give them five - ten minutes to note down some ideas for their card. (You may want to use some or all of the Thinking Questions below to help guide them).

Give the children some time to write their poems.

Depending on the ability and age of your pupils, go for 5-20 lines of poetry. For a further challenge – you can include the ‘Master Skill’.

Find examples of each to share with children and encourage them to pick one to try out in their own poems.

You may want to plan a focused skills lesson to incorporate this, or just challenge the children to the task.

Show them how to turn a normal line or two into a rhyming line…You’re always there for me when I come home.I love you mum, you’re beautiful, wise and funny.

Or how to add alliteration:You’re a merry mummy,mirthful and mischievous.Pretty as a petal of a pink petunia.

Onomatopoeia:You’re always there when I get homeYou listen when I want a moanAnd whisper reassuring wordsThat ring with love and real concern.

Pun:Mum, you really are great at everything – you’re Opti-mum!Mum, thank you for these fabulous jeans.

Poetry can be a daunting prospect for children who struggle with the written word. There are many ways you could adapt this project to make it more accessible, here are a few ideas:

This short film is designed to support the teaching of creative writing for KS2 in England, Wales, Northern Ireland and fpr 2nd level in Scotland.

In England the video offers a chance for pupils to write with purpose in context, using the skills of notation and editing whilst also providing the opportunity to read work aloud and work towards mastery through developing specific key skills.

In Wales the video provides an opportunity for pupils to write creatively with chances to adapt their writing for purpose, use a range of language skills, note ideas and plan their writing then reflect, redraft and improve their work.

In Northern Ireland the video gives pupils the opportunity to participate in independent or group writing, select, plan and adapt their writing for purpose, express thoughts and feelings through their imaginative compositions, experiment with language and practise the skills of revising and redrafting their compositions.

In Scotland the video presents pupils with an example of contextual writing to explore, from which they can create their own pieces of writing from notes, use appropriate vocabulary, language and style to engage their reader and check their writing for sense and purpose. 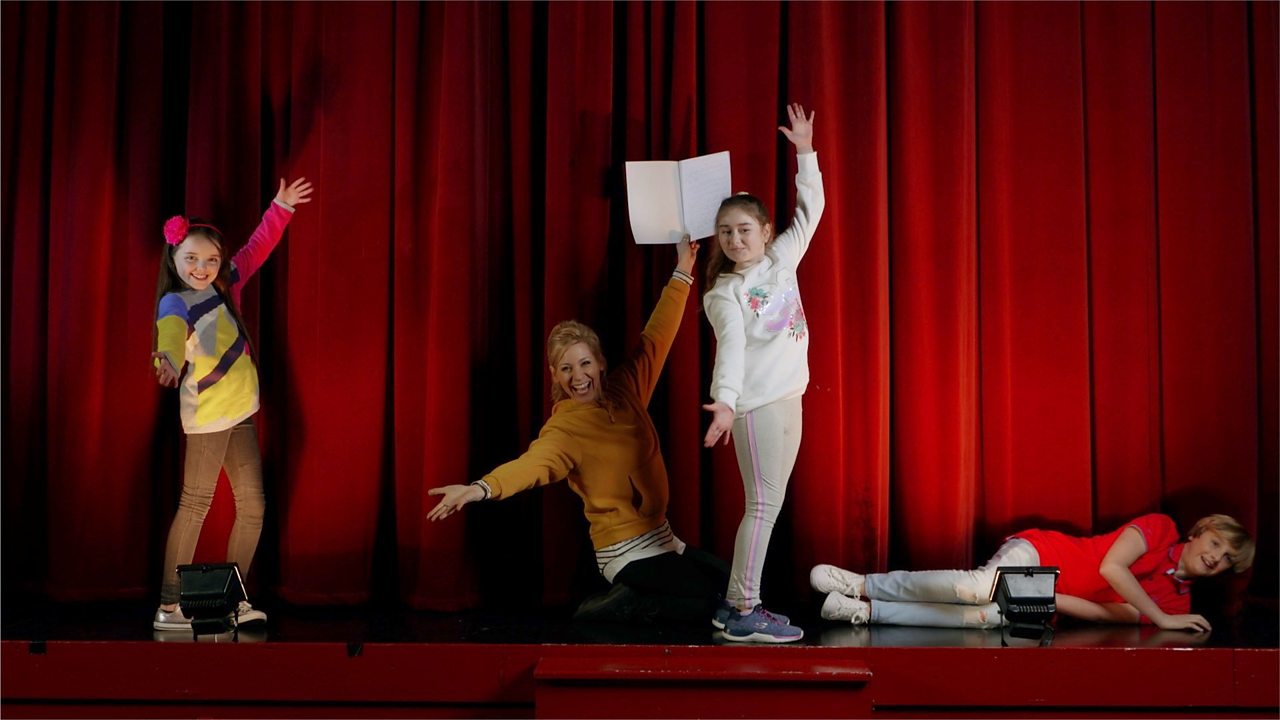 Naomi Wilkinson challenges a group of children to write a short script for a TV show. 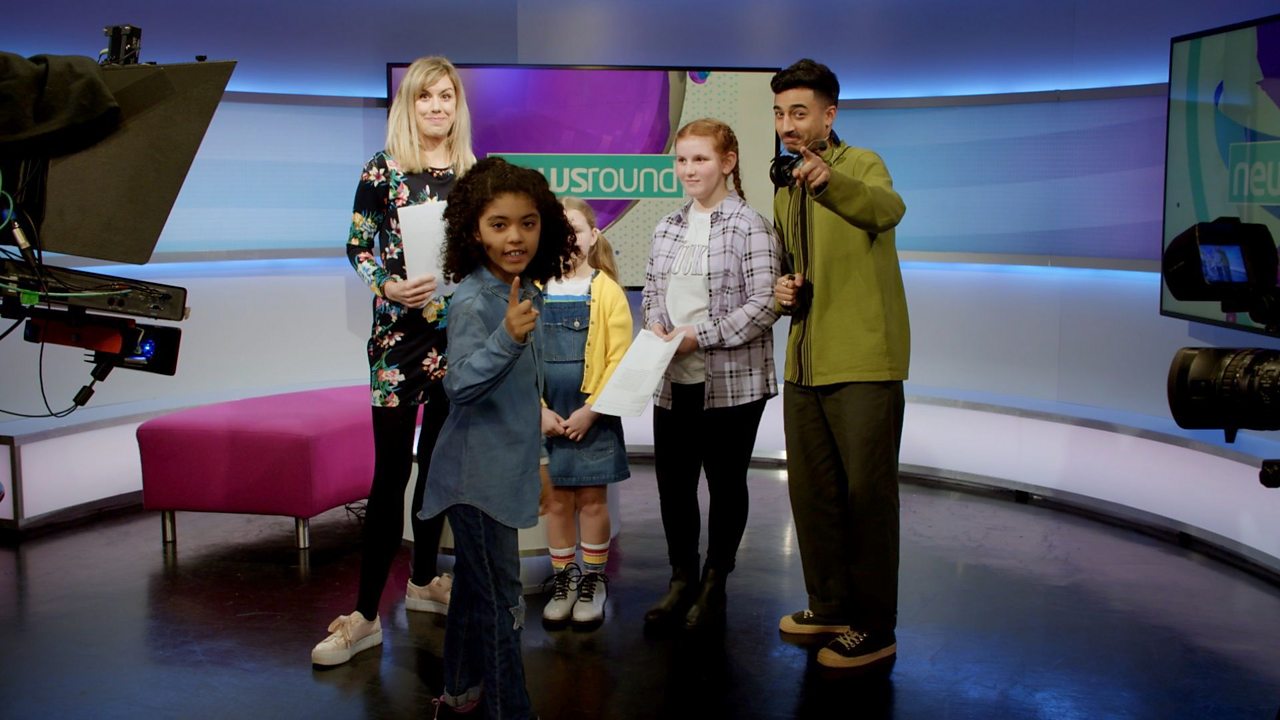 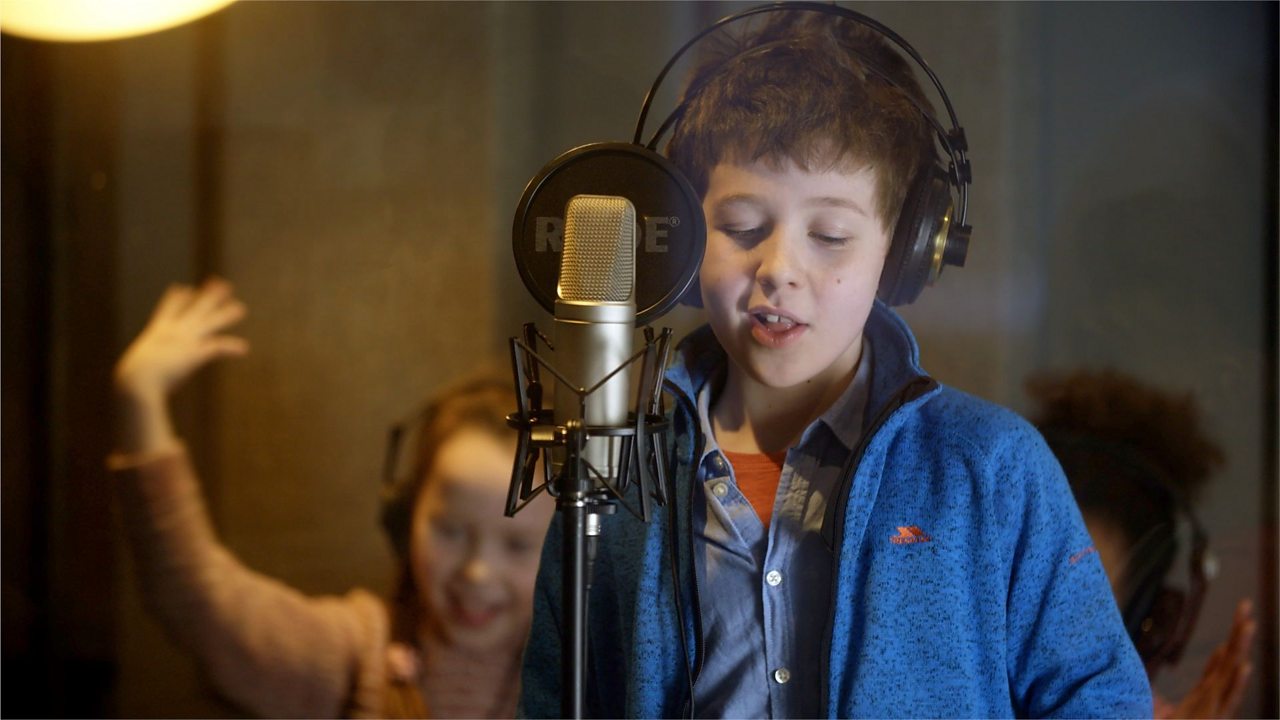 Karim Zeroual and a group of children take on the challenge of writing their own song lyrics.