Thor and Loki continue their journey to Jotunheim - land of the giants.

As evening falls they stop at a very unusual building and go in to explore. Inside they find a large central hall and five chambers leading off from it at one end. Thor and Loki are wondering what they've stumbled upon when suddenly the building begins to shake violently and an enormous eye appears at the doorway. The 'building' is actually a glove...belonging to the giant Skrymnir, who has just picked it up.

Thor hurls his hammer at Skrymnir three times - but without any effect - and Skrymnir mockingly tells him to return to Asgard. But Thor is having none of it. As the giant strides away he tells Loki that they're going after him.

They follow the giant's footprints through the snow until they come to a castle. Once inside Thor challenges the giants to a drinking contest. A brimming drinking horn is brought and Thor drinks and drinks from it...but he simply cannot drain the horn. Thor has failed the first challenge. 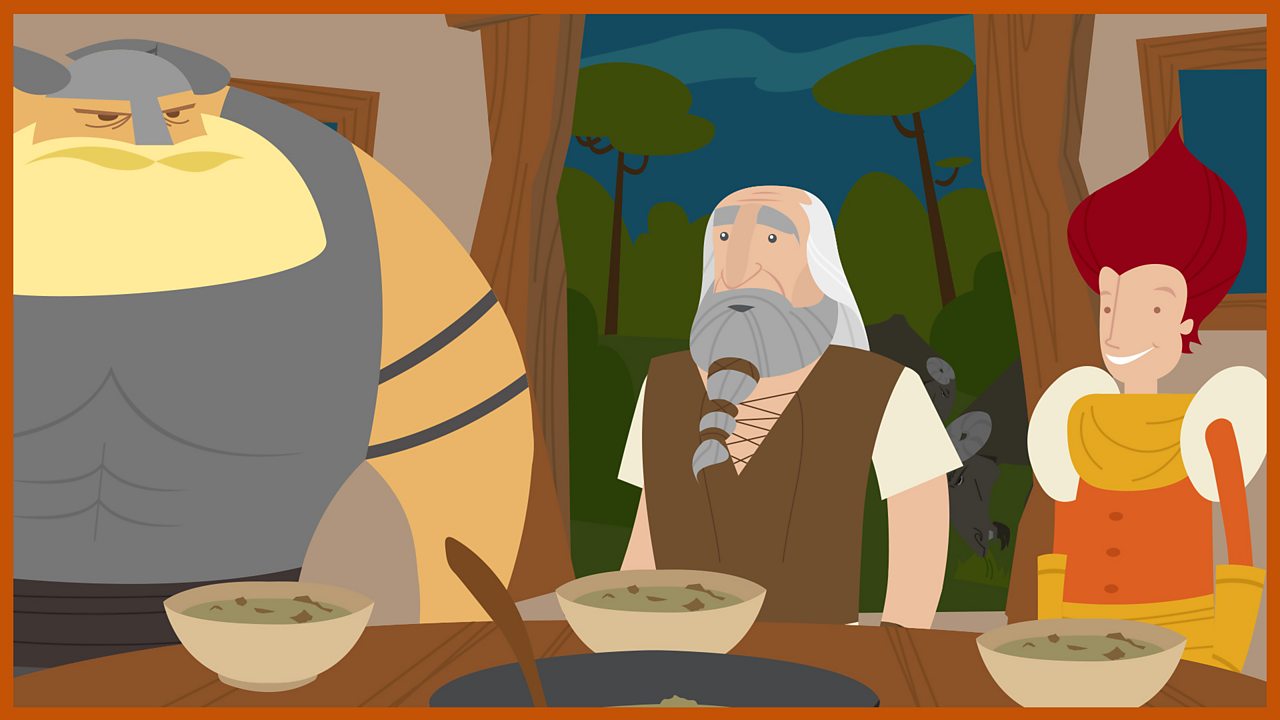 Loki and Thor journey to Jotunheim to challenge their enemies, the giants. 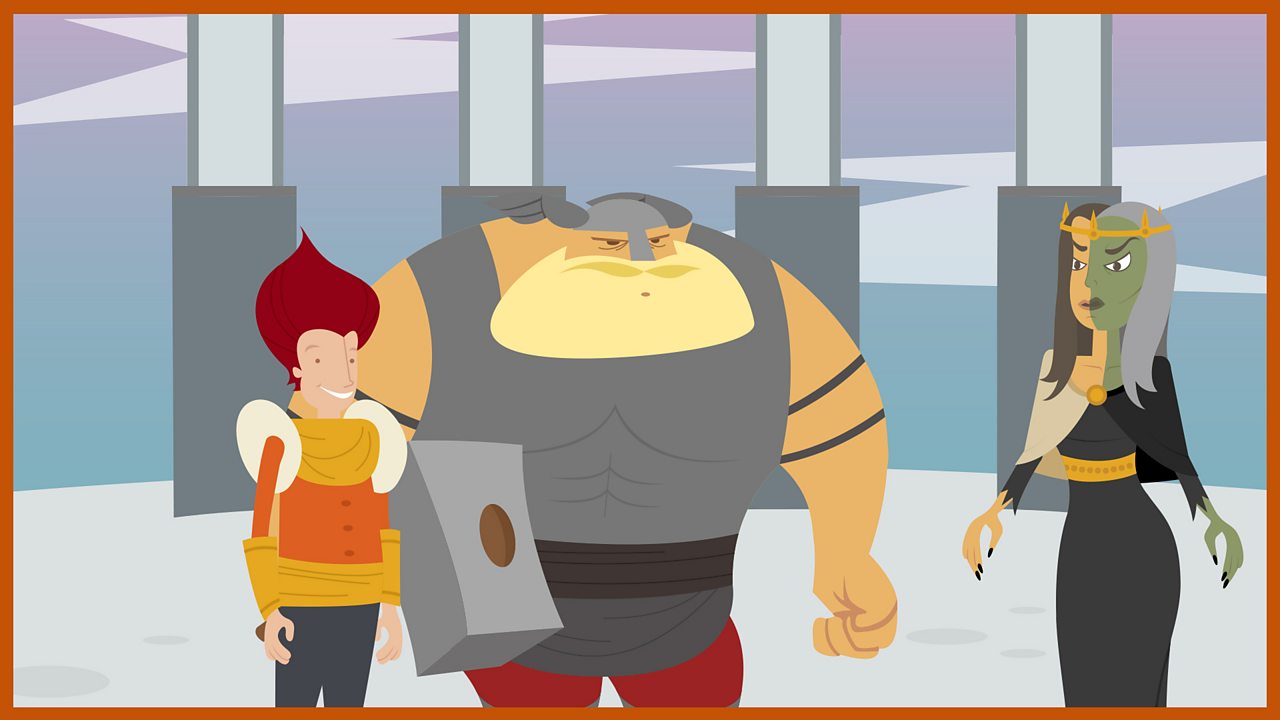 Thor takes on further challenges...not knowing that there is magic at work against him. 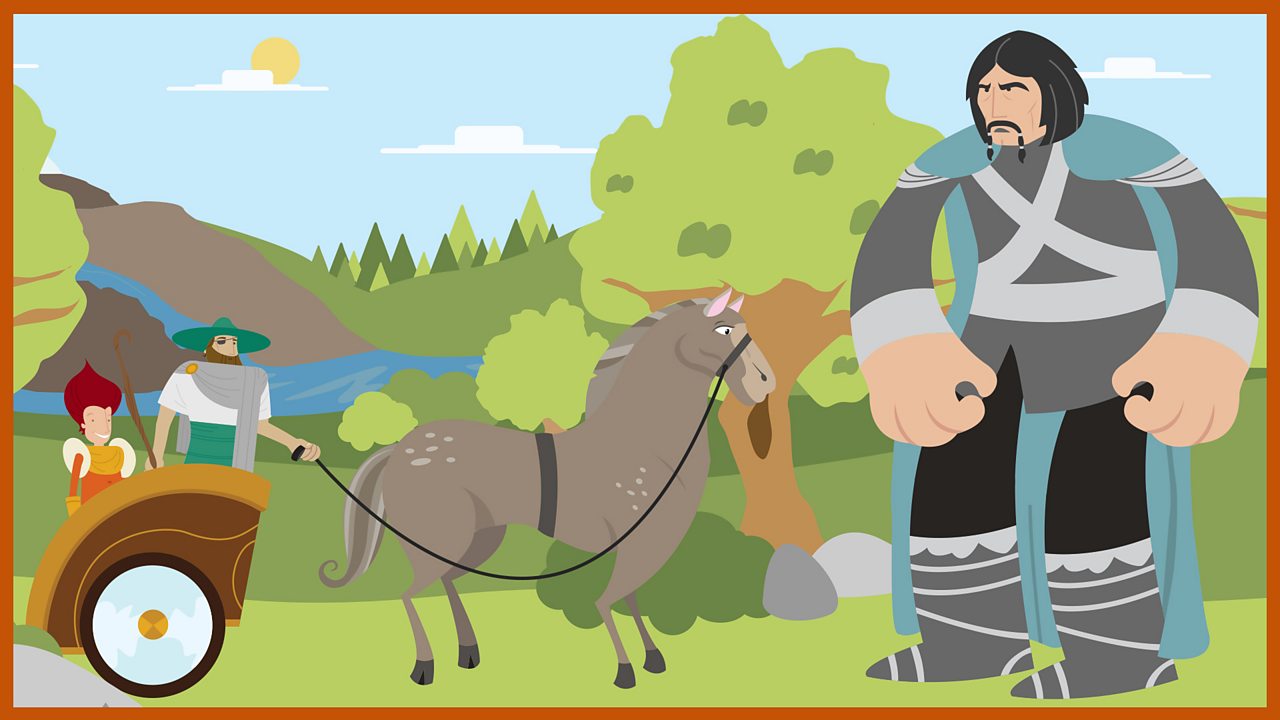 Odin and Loki are in Midgard and meet a very unusual bird - in fact, a giant in disguise.