In the stockade the pirates are celebrating - today they'll be digging up Flint's treasure...or so they think.

They set off, following the treasure map, Silver leading them. Along the way they pass one of Flint's 'pointers' - the skeleton of a young pirate who Flint killed and then placed so that his arm would show the way.

They arrive at the spot where the treasure should be...and sure enough there's a pit in the ground. But it quickly becomes apparent that someone has been there before them - the pit is empty.

The pirates are about to turn on Silver when suddenly shots ring out...and two pirates fall dead. Then Dr Livesey and Ben Gunn come out of the undergrowth, pistols blazing. Jim, Silver and the others make their escape and Ben takes them to a cave where he has stored Flint's treasure hoard. He reveals that he had found the treasure himself some years before and had moved it to the cave for safe keeping.

That night the group have a party on the beach, with provisions taken from the Hispaniola. The next morning they set sail for England. 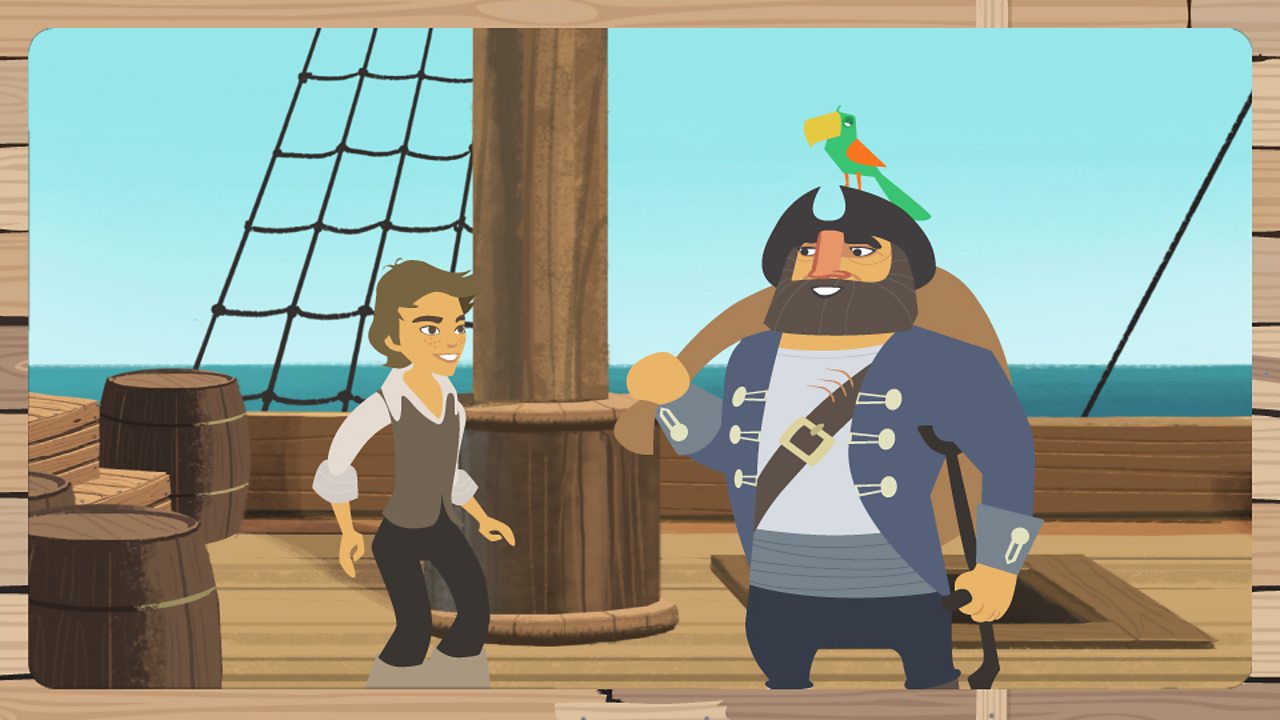