The Hispaniola is returning to England with the treasure.

After several weeks the ship puts in to port in South America for supplies. The Squire, Dr Livesey and Captain Smollett go ashore - leaving Jim on board with Silver. Silver is a captive on the ship and his return to England will mean almost certain hanging.

As Jim lies on deck, his eyes half closed, Silver creeps by, a bag of treasure over his shoulder. Jim wakes and Silver hesitates. The two reflect on their lengthy adventure...and at the end Jim is happy to let Silver make his escape. In truth no-one is sad to see the back of Silver.

Jim returns to England now a wealthy young man. He hears nothing more of Long John Silver...but sometimes in his sleep he continues to dream of Silver...and his parrot squawking 'Pieces of eight! Pieces of eight!' 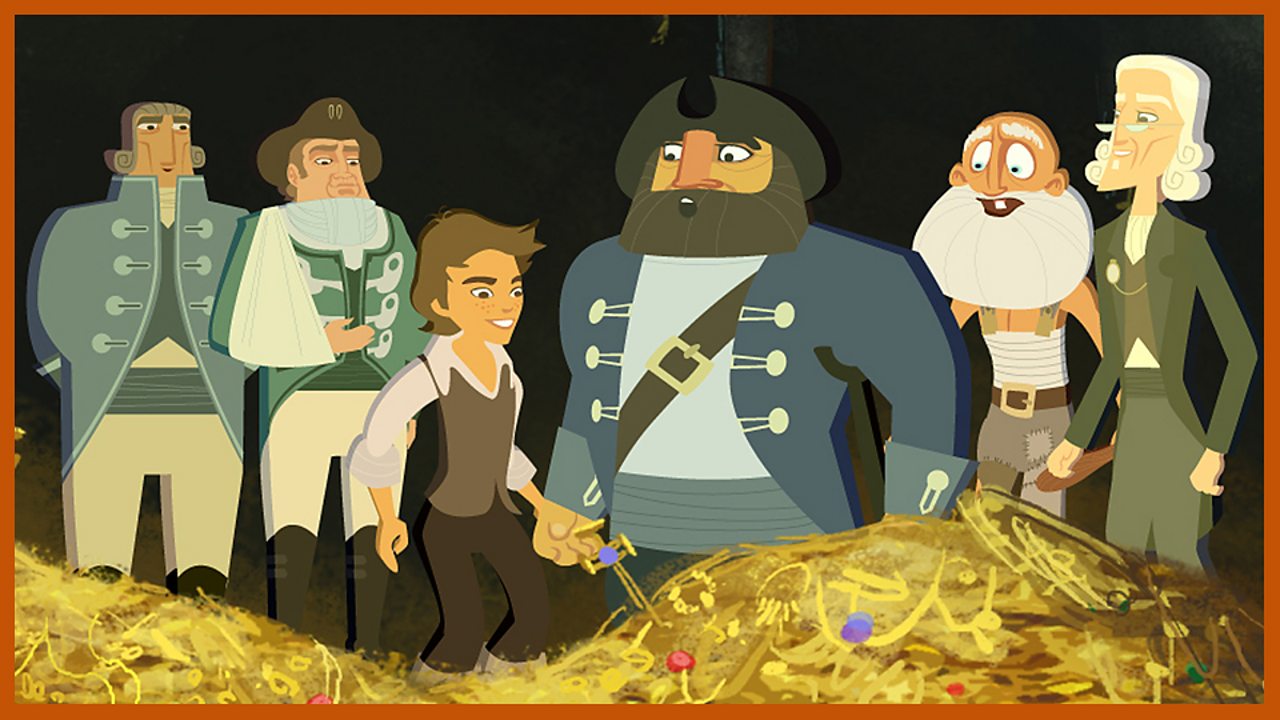