Prospero has his enemies in his power and takes his plan to the next level.

He puts on his invisibility cloak and joins Ariel in the jungle, ready for the mayhem to begin.

First, King Alonso and the courtiers. Wild animals roar and crash through the trees while the courtiers panic and run about.

Before they have time to recover, Prospero clicks his fingers and a massive banquet appears.

The starving courtiers rush for the food but Ariel appears as a monster and the courtiers are terrified.

Then Ariel floats above Alonso, Antonio and Sebastian and tells them they are being punished for all the terrible things they have done.

Next, Caliban and his new friends. Prospero and Ariel find them up at the cave where they're stealing the magician's robes.

Ariel conjures up a pack of demon dogs, which chase them in to the jungle too.

Has he himself become spellbound by the magic and the mayhem?

Could it be time to move on and return home..?

It could be used as an introduction to the play, consolidation of key aspects or for revision of the plot and characters.

More detail on how to use this series, including detailed lesson plans, can be found in the Teacher's Notes PDF.

This series is relevant for teaching English at KS2, in England and Wales and Northern Ireland, and at Second Level in Scotland. 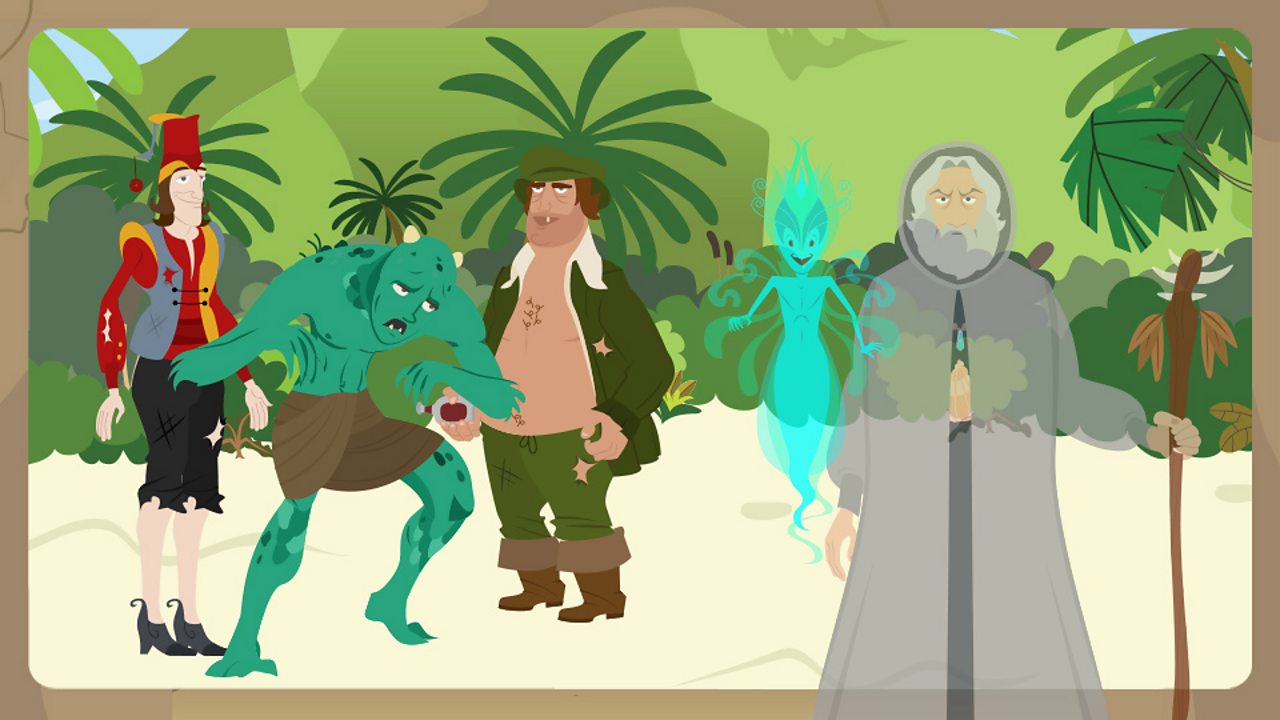 Stephano and Trinculo fall in with Caliban...and plan a revolution for the island. 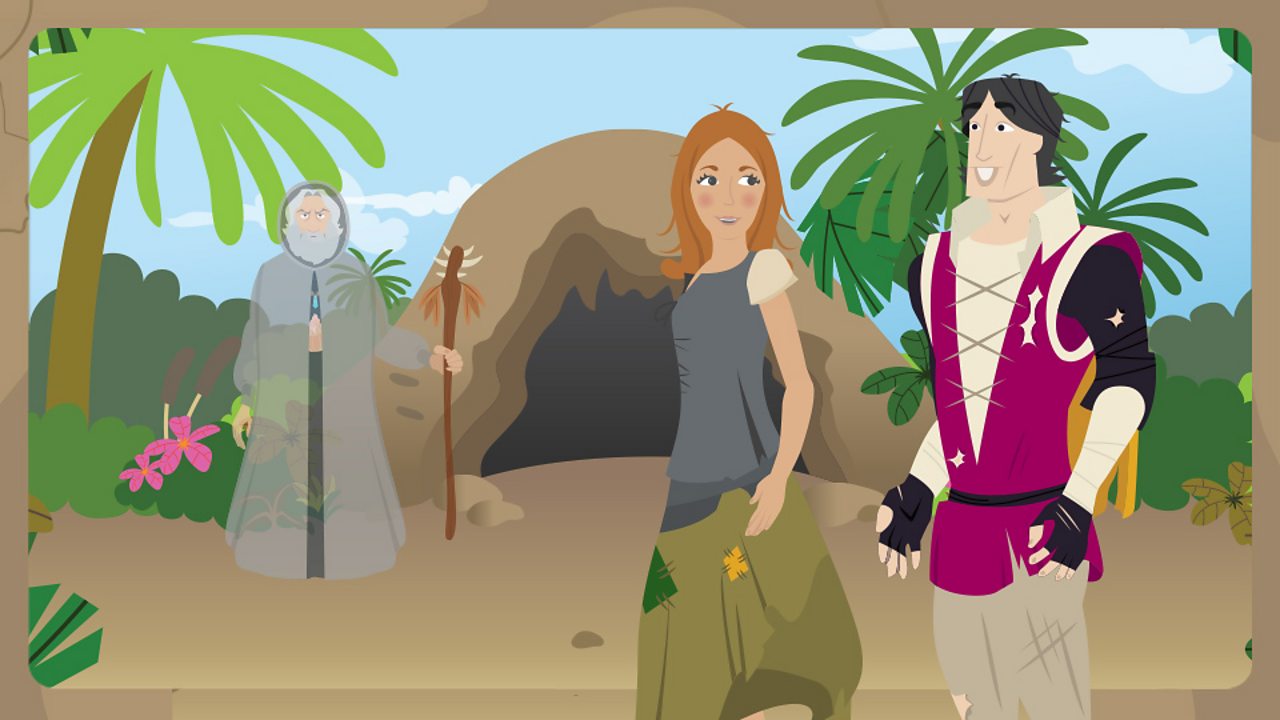 Prospero sets Ferdinand to work. He and Miranda meet... and it's love at first sight. 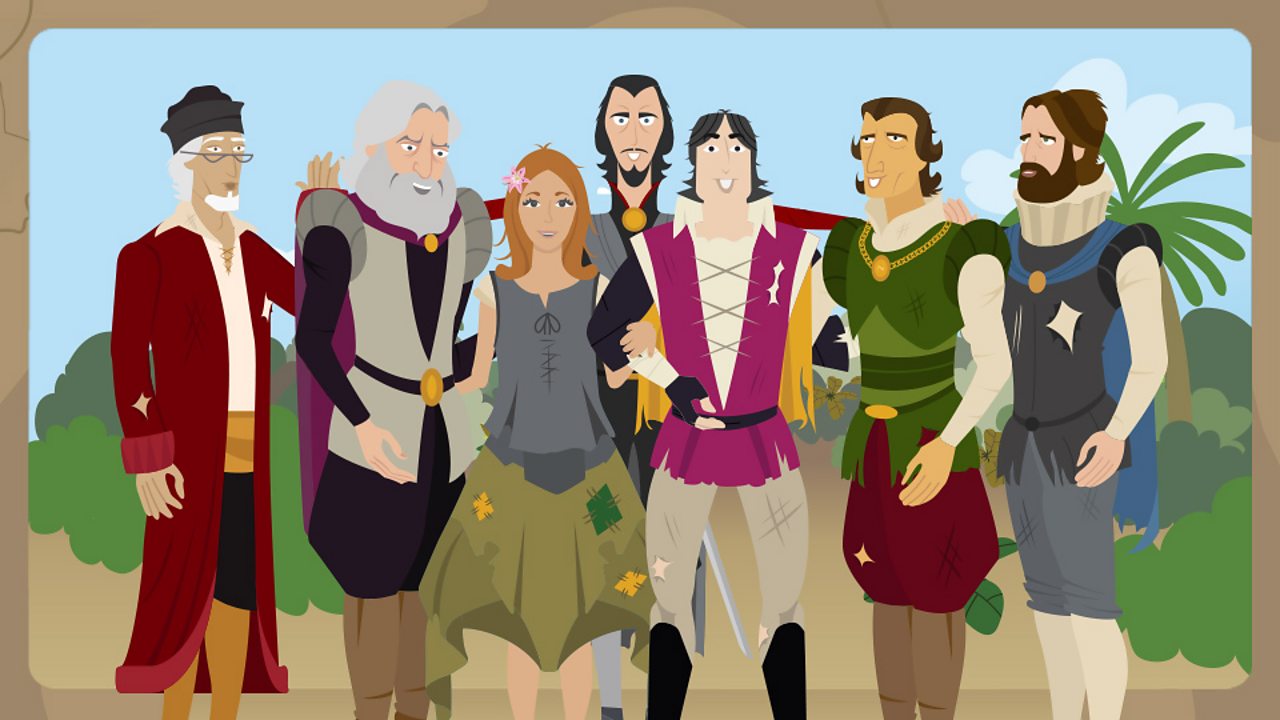 Prospero destroys his staff, forgives his courtiers and Ferdinand and Mirand will marry.