We meet the 'Mechanicals' - a hapless group of amateur actors rehearsing their play for the forthcoming marriage celebrations.

In the back streets of Athens Puck looks in at the window of a humble cottage. Inside budding playwright Mistress Quince has gathered together a group of amateur actors to put on a play, to be performed at the wedding feast of Duke Theseus and Queen Hippolyta.

The play in question tells the story of the doomed lovers Pyramus and Thisbe. One actor, the weaver Nick Bottom, is keen on taking not just the lead role but all the others as well. After Bottom demonstrates his questionable talents to the group, Quince finally manages to assign roles. She arranges to meet the group to rehearse in the woods outside Athens the following night. 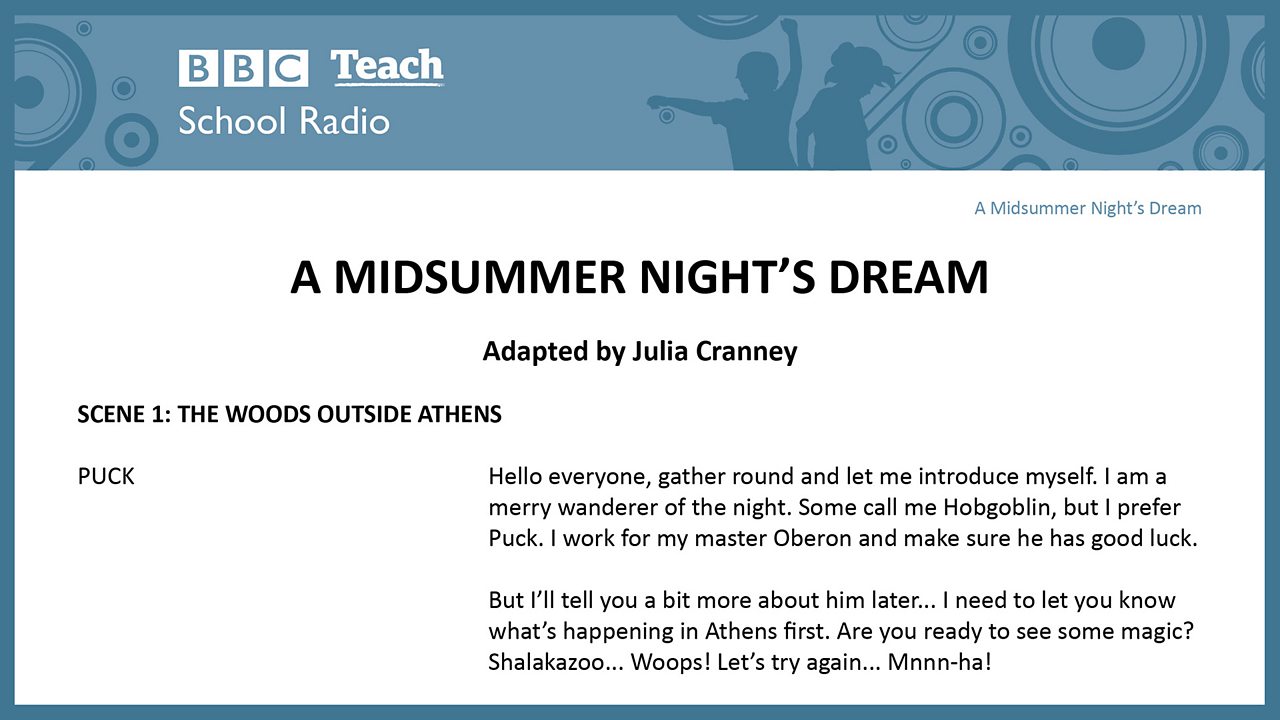 There are six different mechanicals assigned to play six different roles in the play-within-the-play in A Midsummer Night’s Dream. Pupils could watch the episode again and note which part is assigned to which character as it is allocated. They could choose from a list of descriptive words to describe the characters - eg:

Then pupils can be asked to explain their choices.

As a development of the exercise, pupils could be given lines from the play to read aloud in ways that reflect their chosen adjectives.

A discussion about what makes a comedy and what makes a tragedy could follow an explanation of the Pyramus and Thisbe story, with mind maps constructed as a shared activity and potential writing exercises to follow - eg in a few sentences devise a comic or a tragic storyline.

Students could be divided into groups and given a list of all the different types of people who attended the theatre in Elizabethan times. After making initial notes on what they think these groups of people might have done (eg why they would have attended, what sort of clothing they would have worn, how they might have behaved, etc) students would be asked to compare their notes to others’ as well as against known historical profiles.

Students could also be asked to create 'tweets' as different characters in the second episode, explaining how they are feeling using a selection of quotes, either from the adaptation or from the original play text. 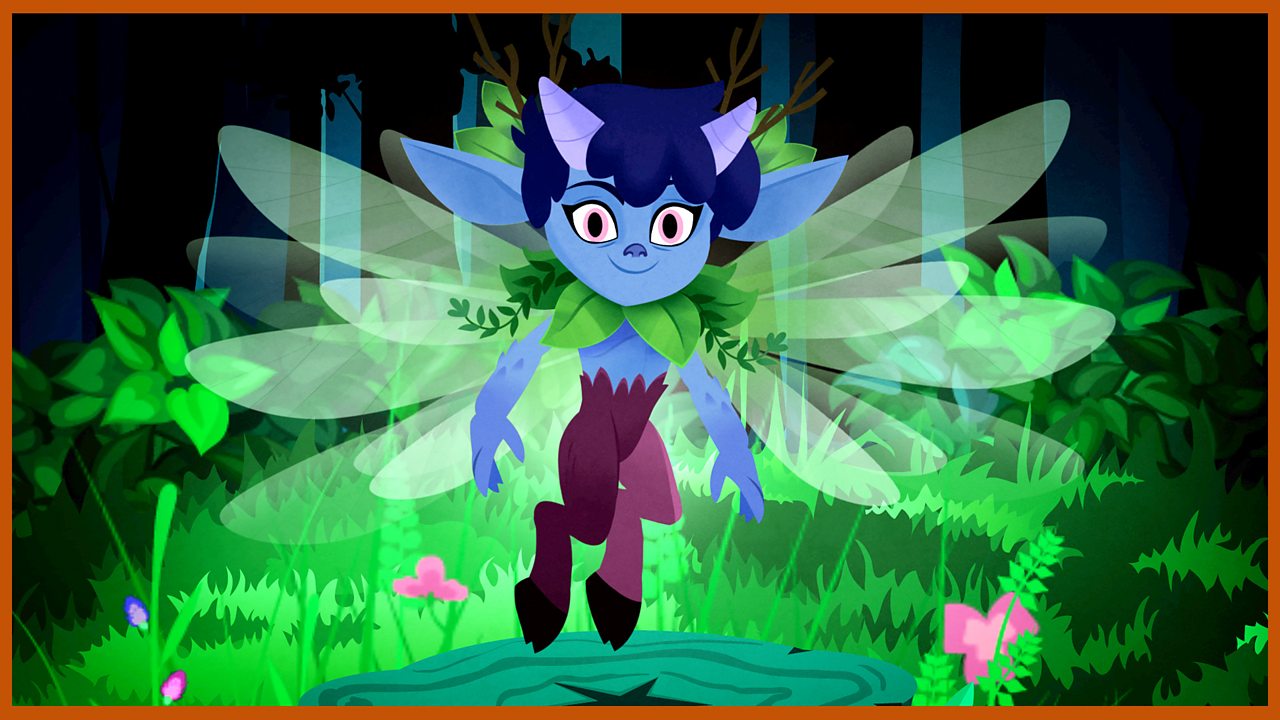 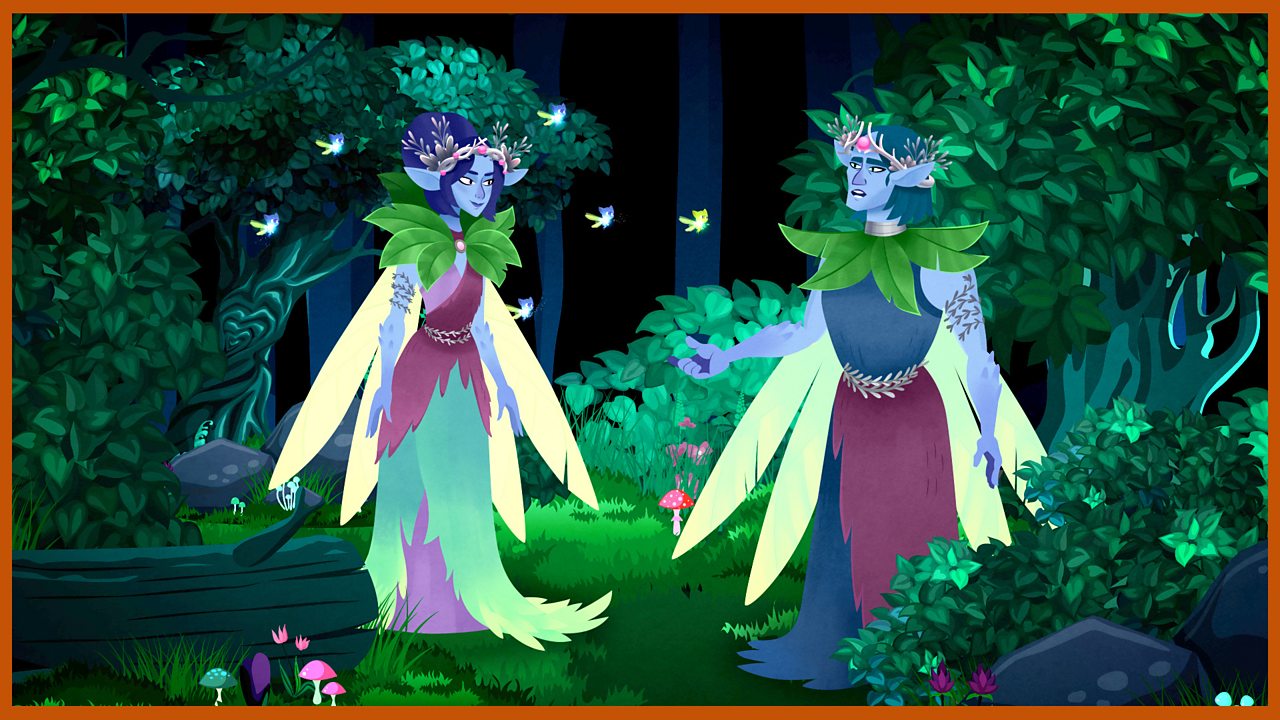 Oberon and Titania argue...and Puck is instructed to find a magic flower. 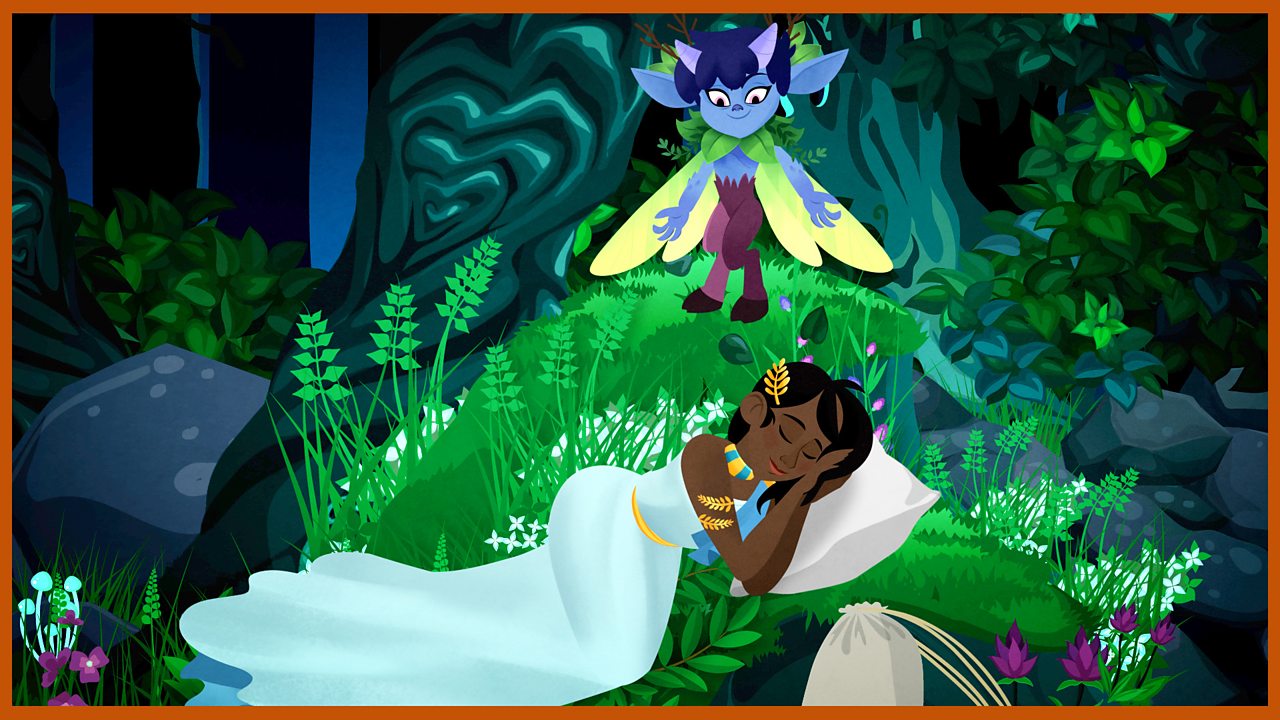