Computing KS3/4: How does a digital camera work?

Professor Danielle George explains how a digital camera’s CMOS sensor captures an image, using balls and buckets to represent photons, electrons and capacitors in an interactive demonstration with four children.

The demonstration shows that when a photon of light hits a pixel, the pixel releases an electron, which is stored by the capacitor.

The more light that hits the pixel, the more electrons are released, and so the amount of charge in the capacitor is a measure of how bright that part of the image is.

This measurement from the capacitor is then used to tell the image generator how bright that pixel should be.

The demonstration shows how four children represent four pixels in a large image.

This clip is from The Royal Institute Christmas Lectures 2014.

This could be used to help students understand how images are captured by digital cameras.

Ask students to create a diagram showing how the CMOS sensor captures the image.

Students could be asked to explain if it is always better to have as many pixels as possible.

These clips will be relevant for teaching Computing, ICT and Computer Science at KS3 and GCSE/KS4 in England, Wales and Northern Ireland and 2nd Level and National 4/5 in Scotland.

The topics discussed will support OCR, Edexcel, AQA,WJEC GCSE in GCSE in England and Wales, CCEA GCSE in Northern Ireland and SQA National 4/5 in Scotland. 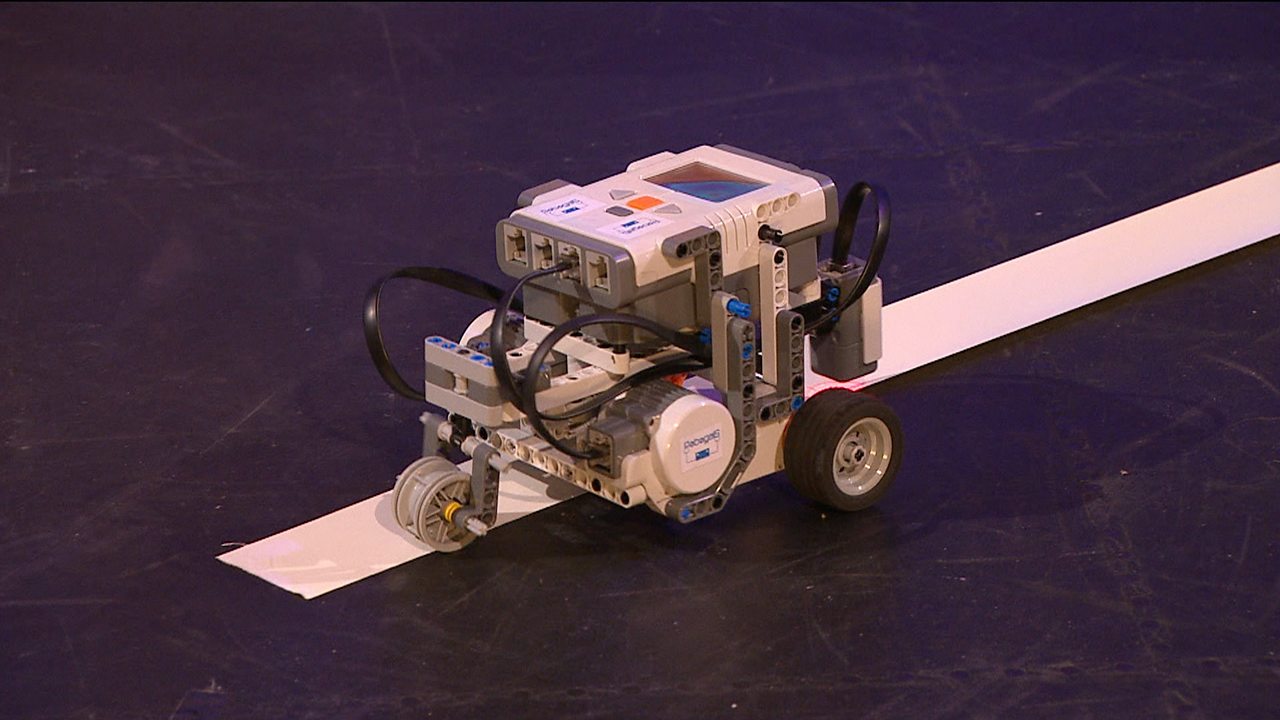 Professor Danielle George demonstrates what feedback loops are by asking a child to match the note that she plays on a swanee whistle. 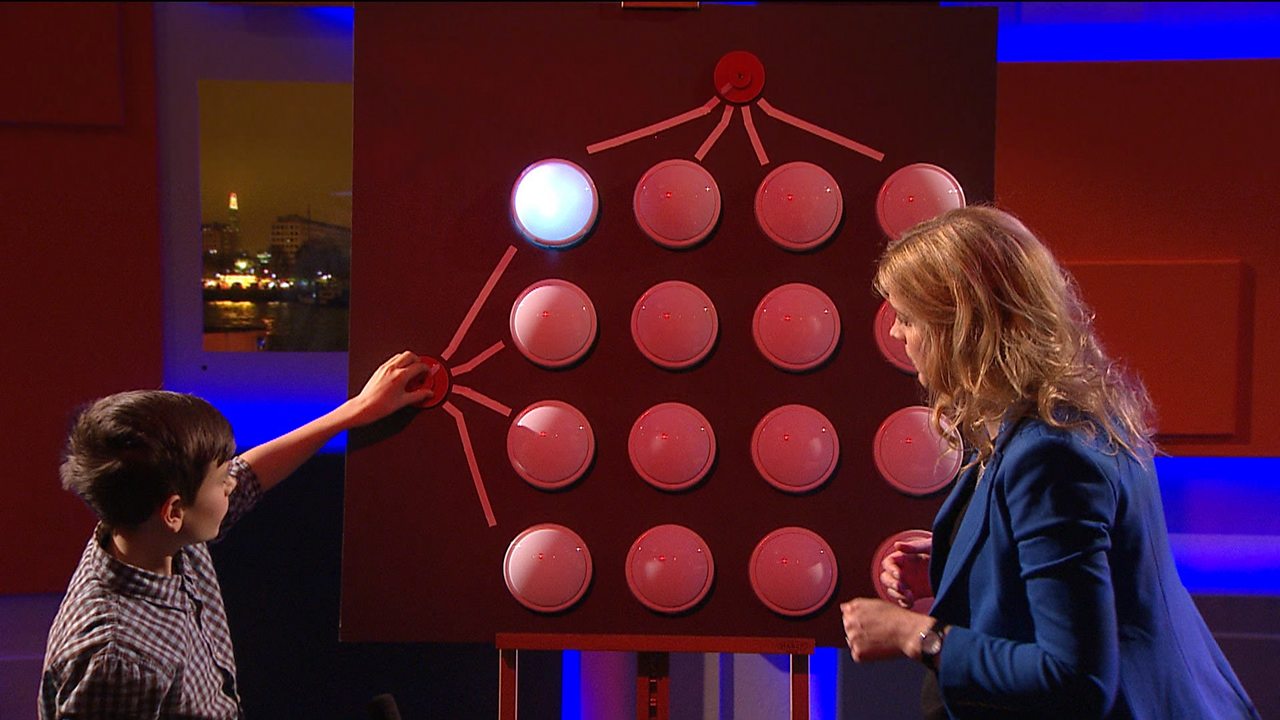 Professor Danielle George explains how an LED screen works, showing how the individual LEDs are controlled by switches. 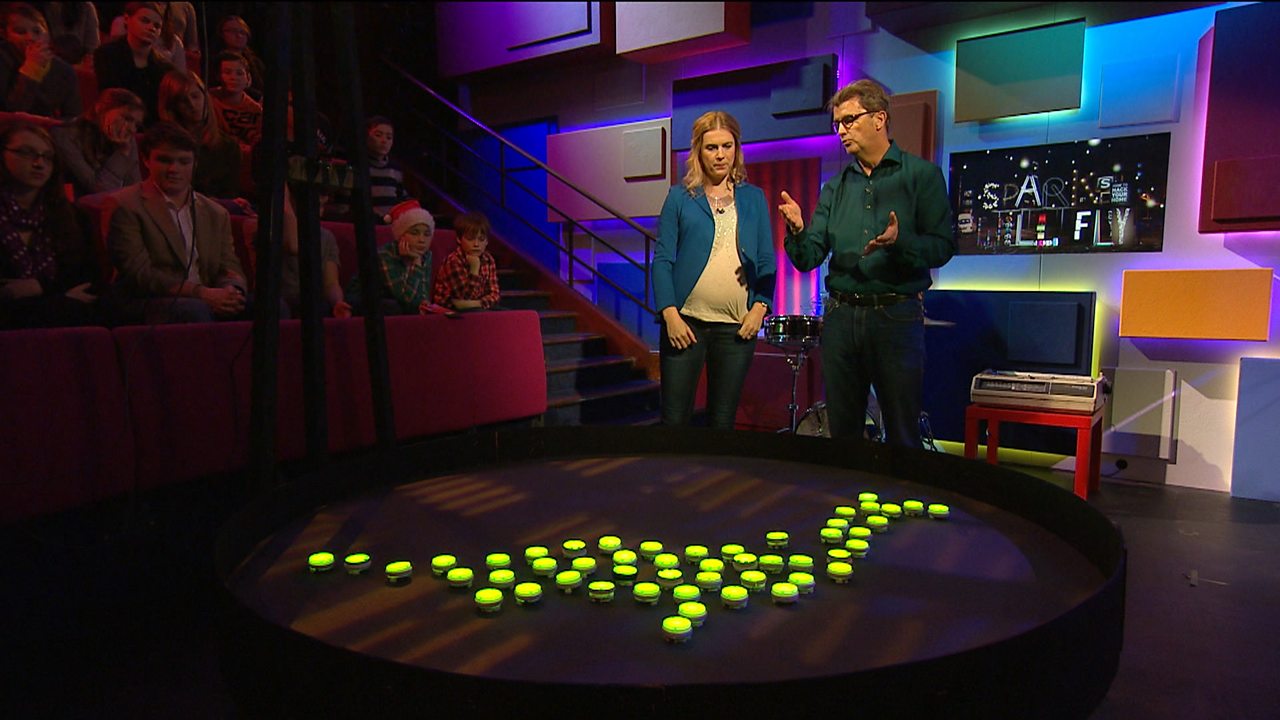 How robots can work together in a swarm

Paul Beardsley from Disney Research Zurich explains how the 50 pixelbot robots work together in a swarm to create animations. 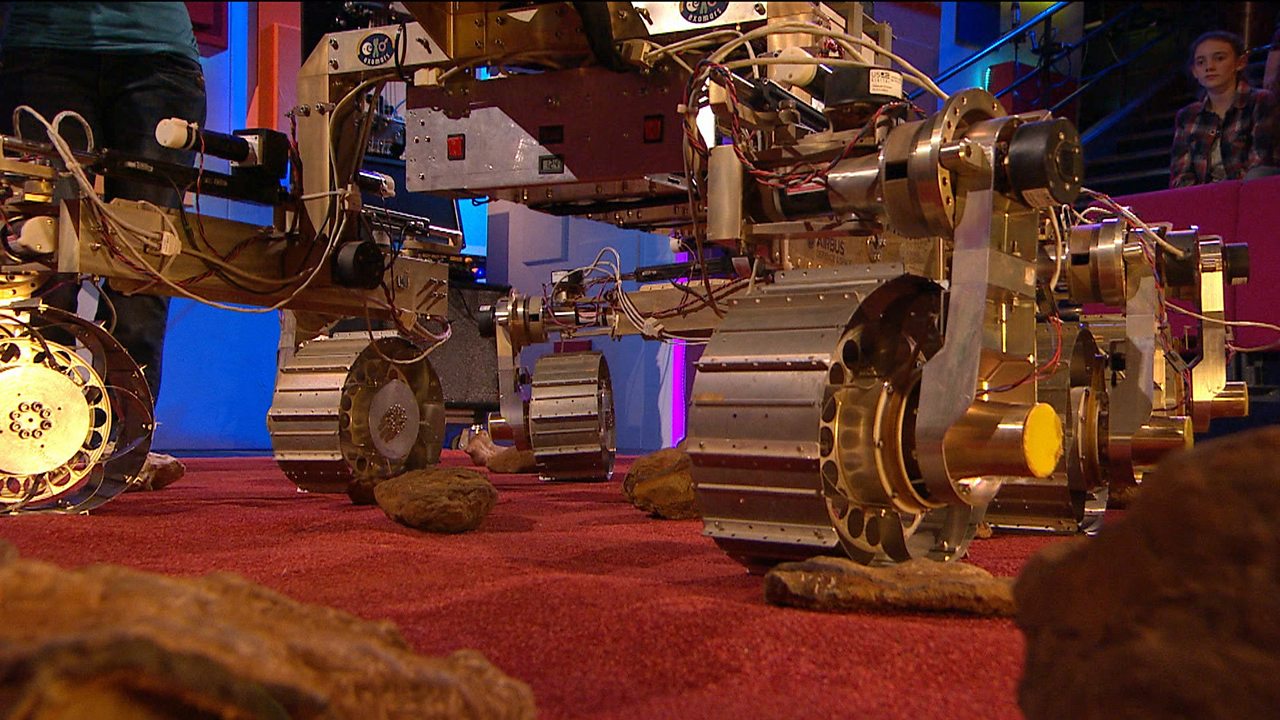 The Mars Rover and autonomous navigation

ExoMars Rover Engineer Abbie Hutty, from Airbus Defence and Space explains how the Mars Rover uses 3D cameras to create a map of the Mars landscape. 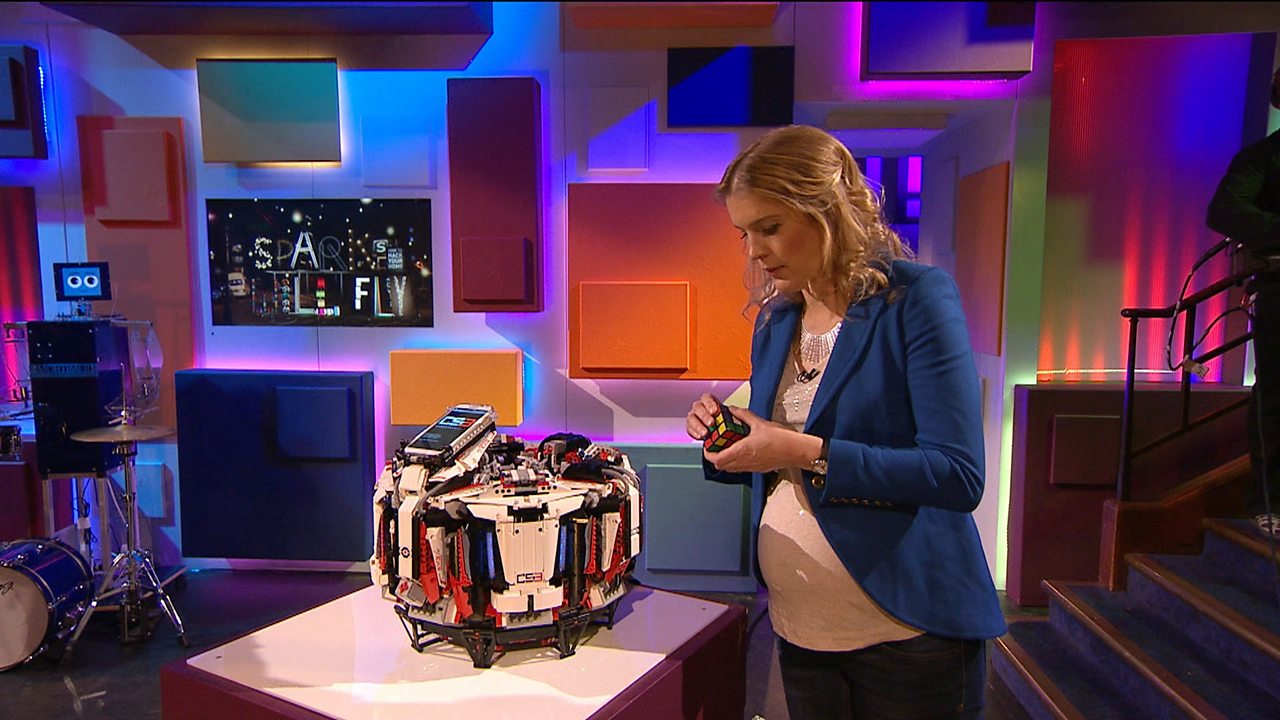 Solving a Rubik's cube by smartphone

Professor Danielle George explains how a smartphone and mechanical arms made of bricks can solve a Rubik’s cube in less than five seconds. 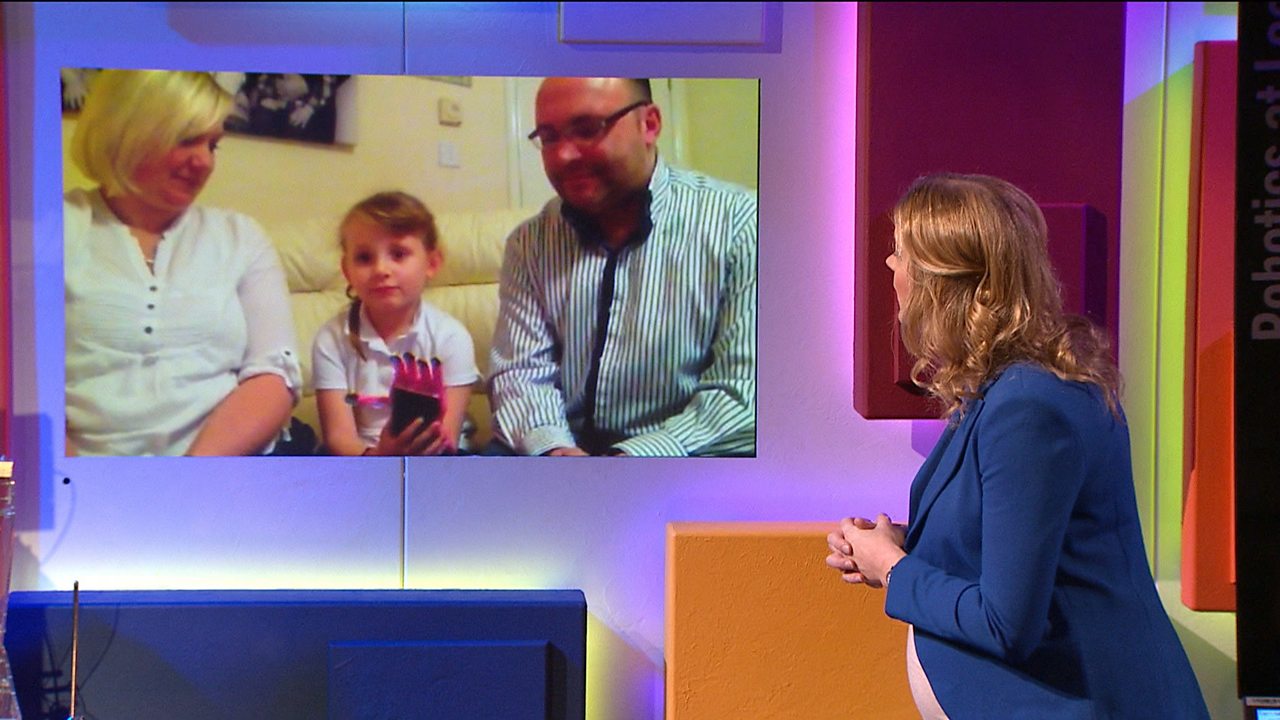 What can 3D printing be used for? 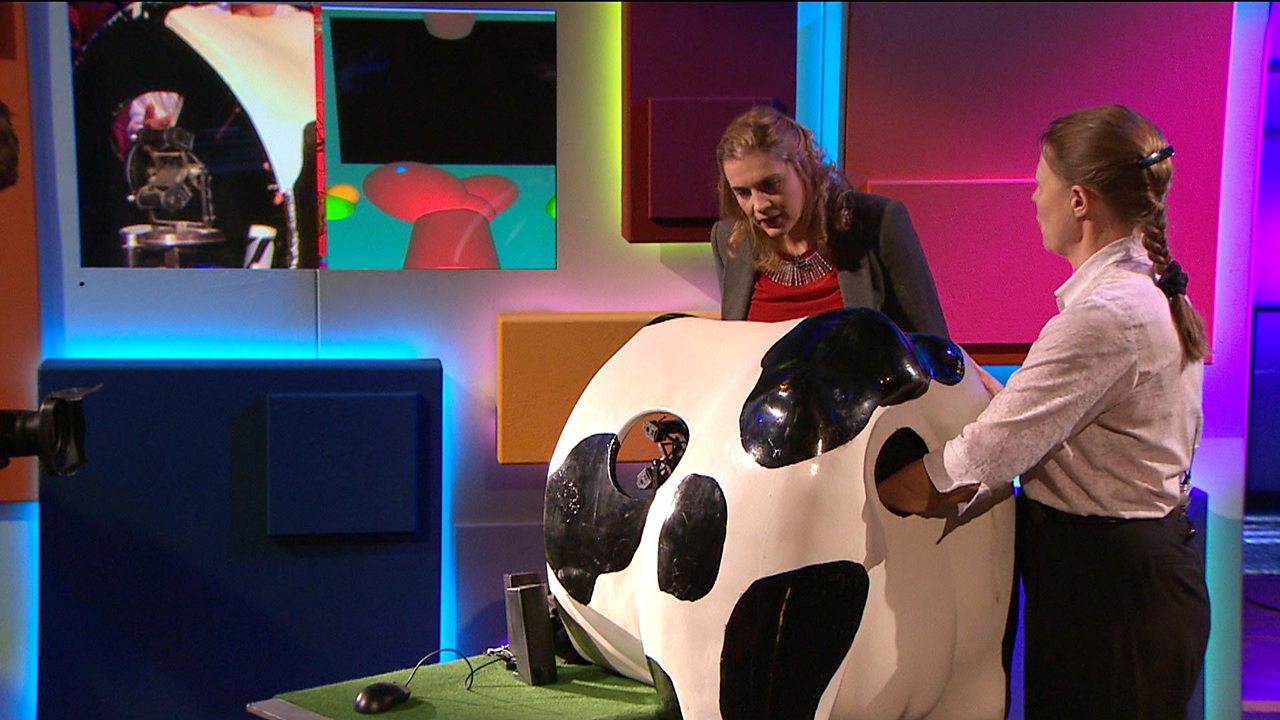