Mark Miodownik describes the invention of carbon fibre composite by engineers at a Royal Aircraft Establishment in 1963.

He visits the Williams Formula 1 team headquarters to see how they have put this material to use in motor sport, before testing the properties of carbon fibre against metal.

This clip is from Materials: How They Work.

Cross curricular projects could be instigated using this resource.

Students could research additional uses of carbon fibre and could even link into a product design lesson, where they build an item using carbon fibre.

Or they could compare similar items that are made of two different materials, explaining why one is chosen over the other.

More from Materials: How They Work: 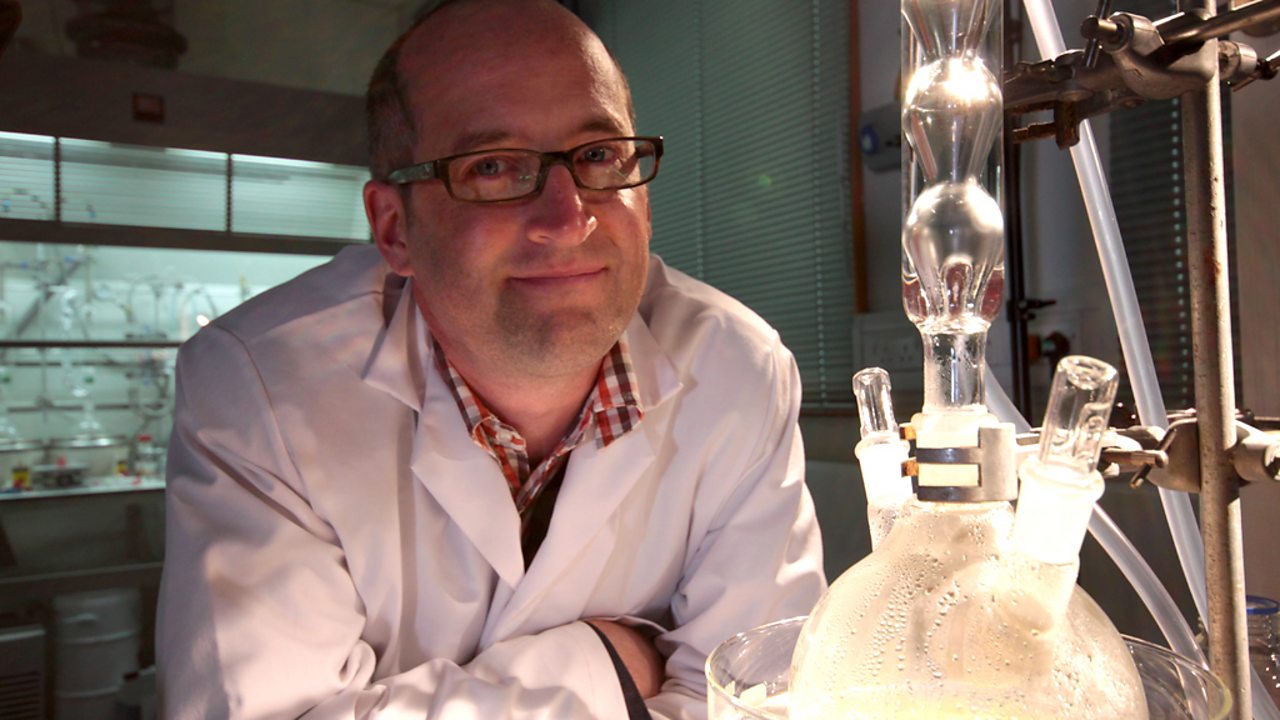 Find out about the invention and impact of bronze, an alloy of copper and tin which was the first man-made alloy. 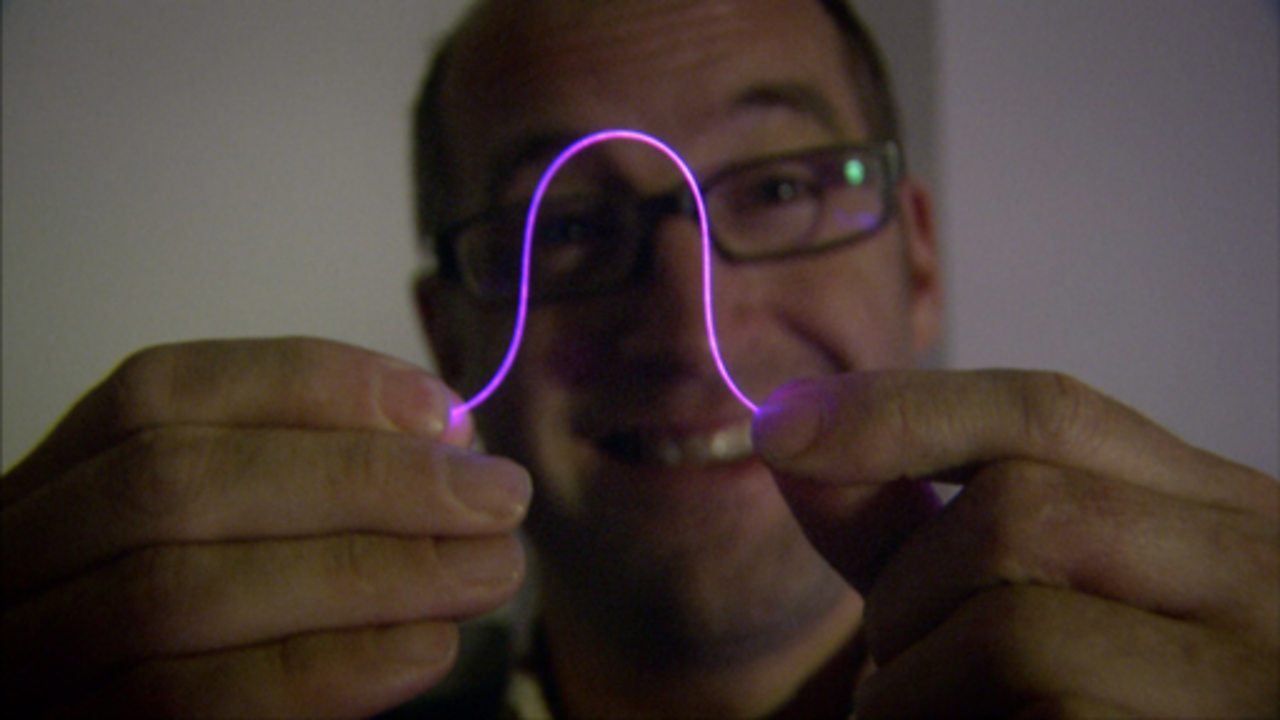 Development and uses of Optical Fibres

Mark Miodownik describes how optical fibres work. He explains how they are able to transmit light over great distances. 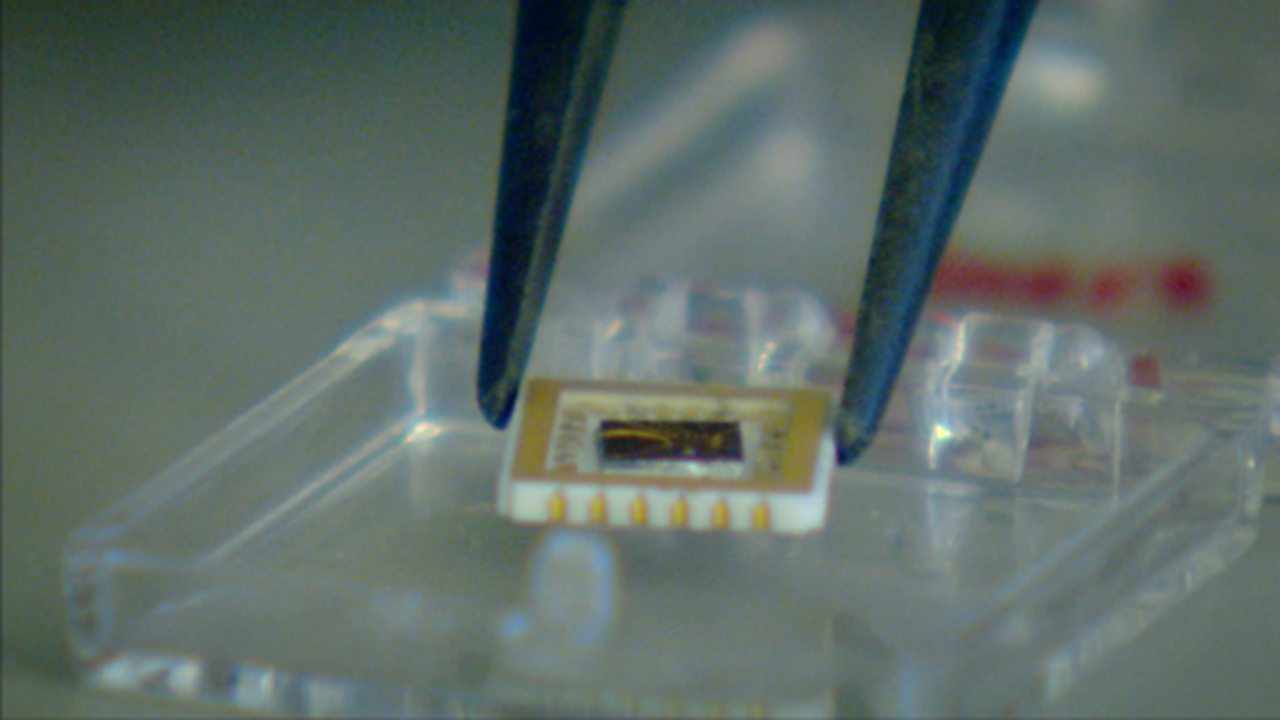 Mark Miodownik describes the discovery of graphene. It’s the toughest material we know, 200 times stronger than steel, and able to carry electricity at 1 million metres per second. 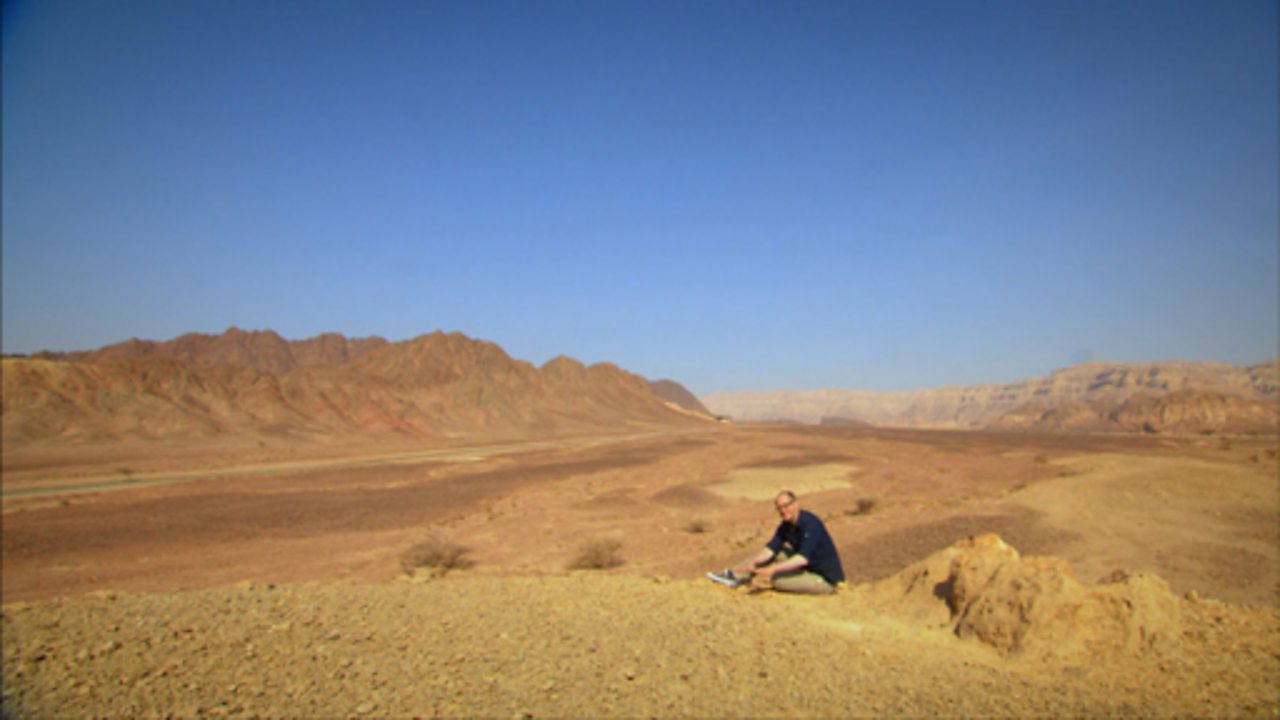 How was metal discovered? 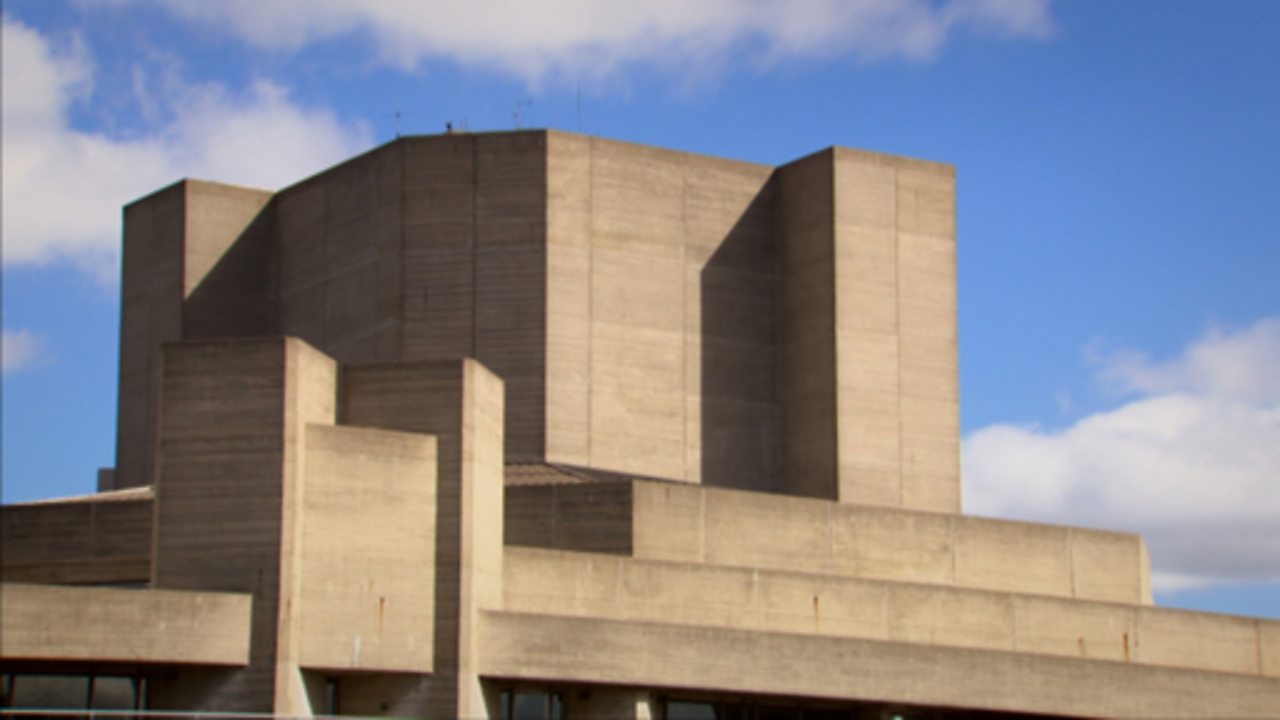 To demonstrate the power of reinforced, a beam is tested with a 2.5 tonne load to see if it will crack. What is the chemistry behind its strength? 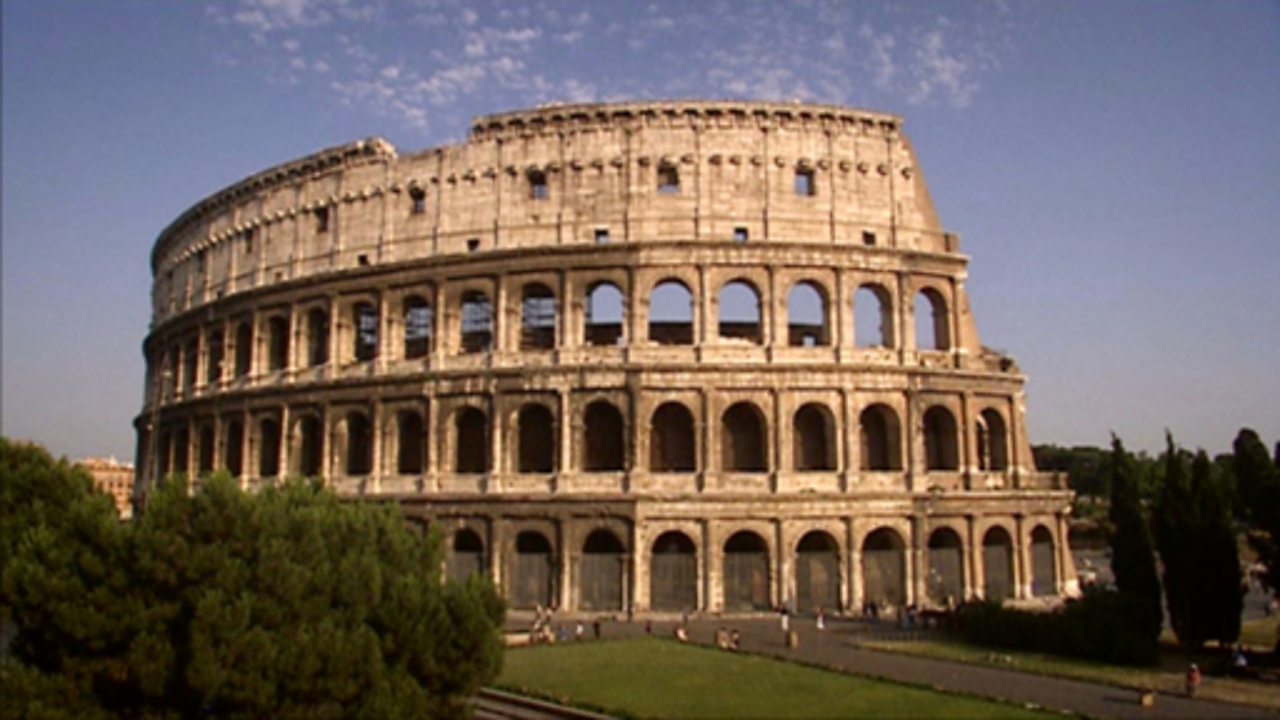 How the Romans invented concrete

Mark Miodownik explores how the Romans produced the first concrete and how concrete, glass and other ceramics are used in the modern world. 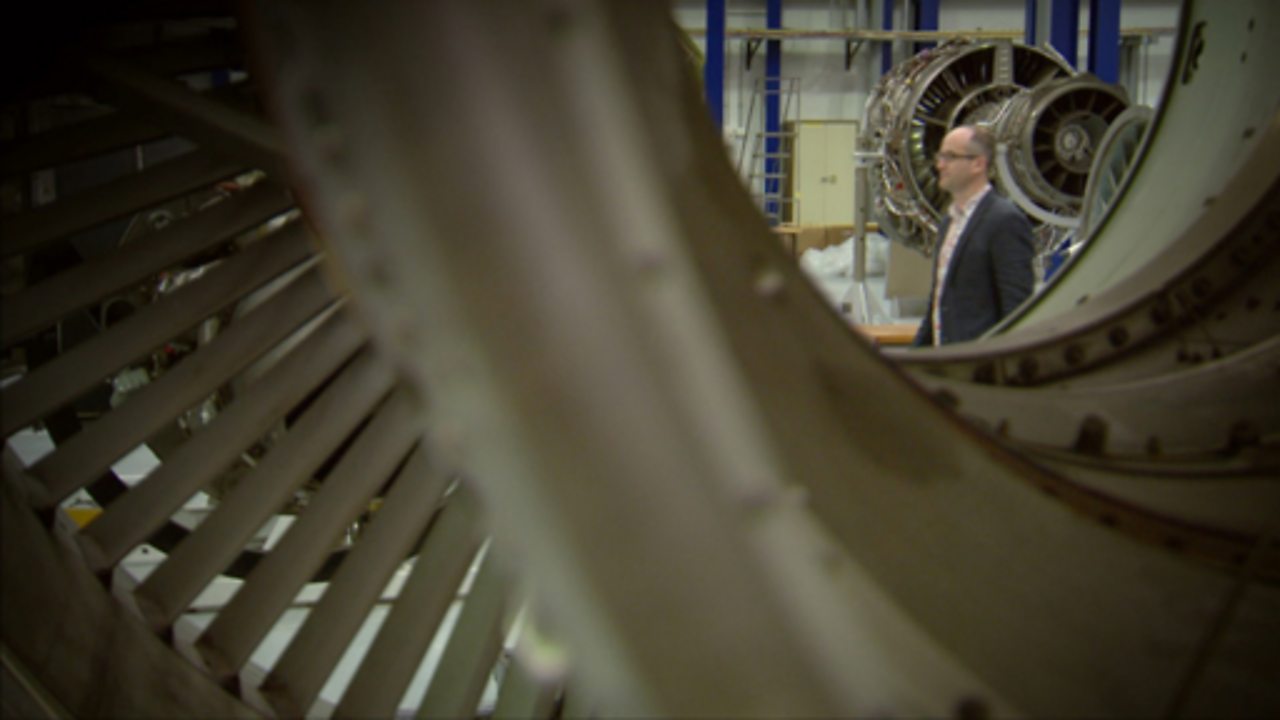 What is a superalloy?

Mark Miodownik explores the world of superalloys, and puts the properties of one to the test showing how this metal is used inside a jet engine. 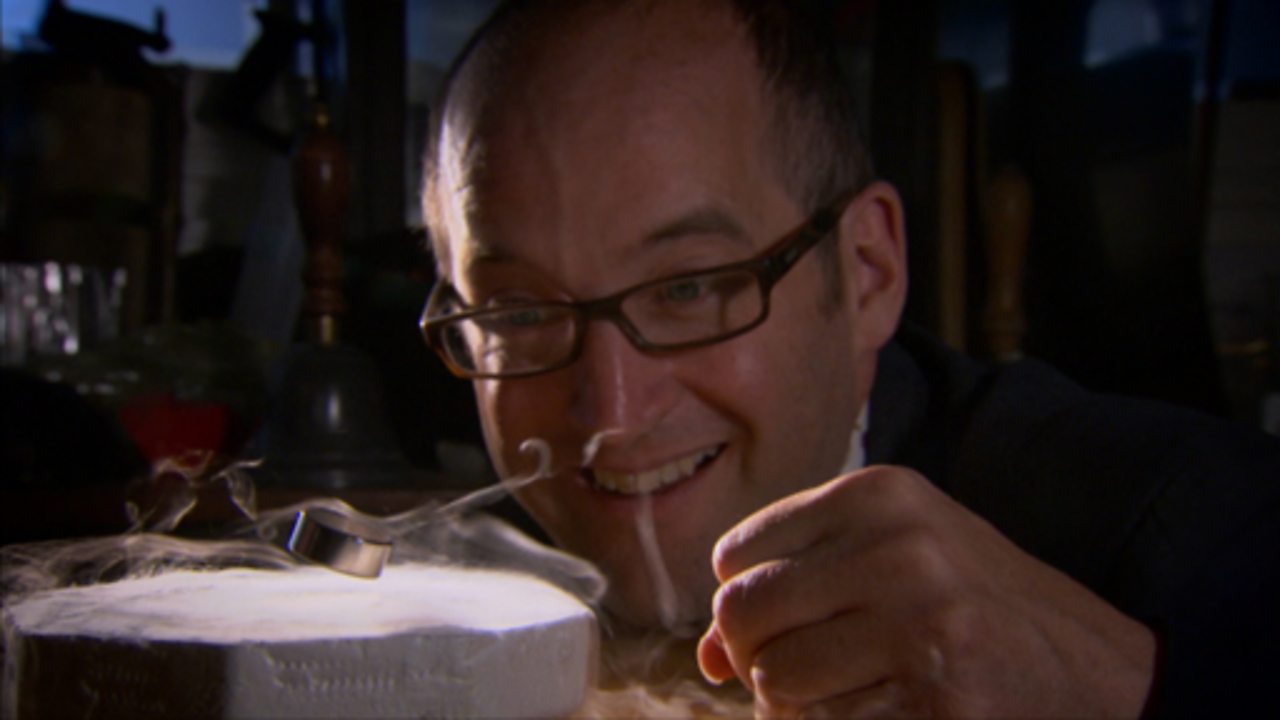 Superconductors and the 'Meissner effect'

How can a piece of ceramic conduct electricity? Scientist Mark Miodownik explores the incredible potential of superconductivity. 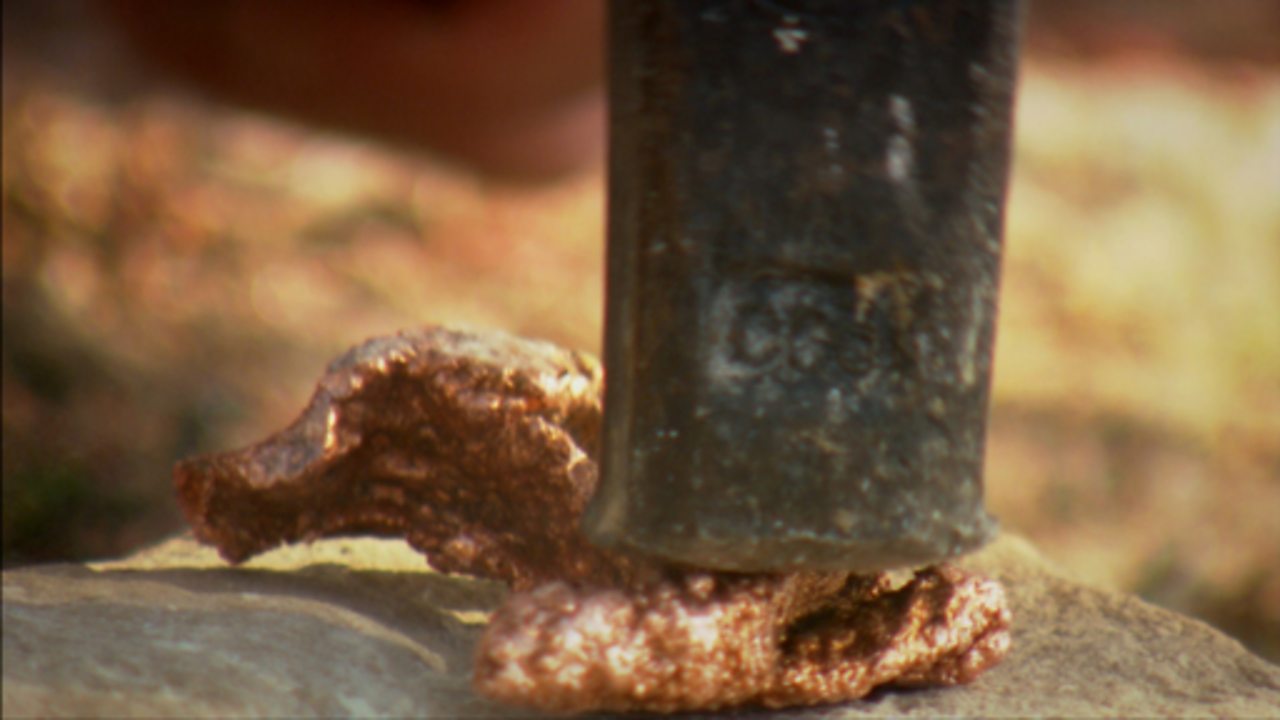 The atomic structure of metal 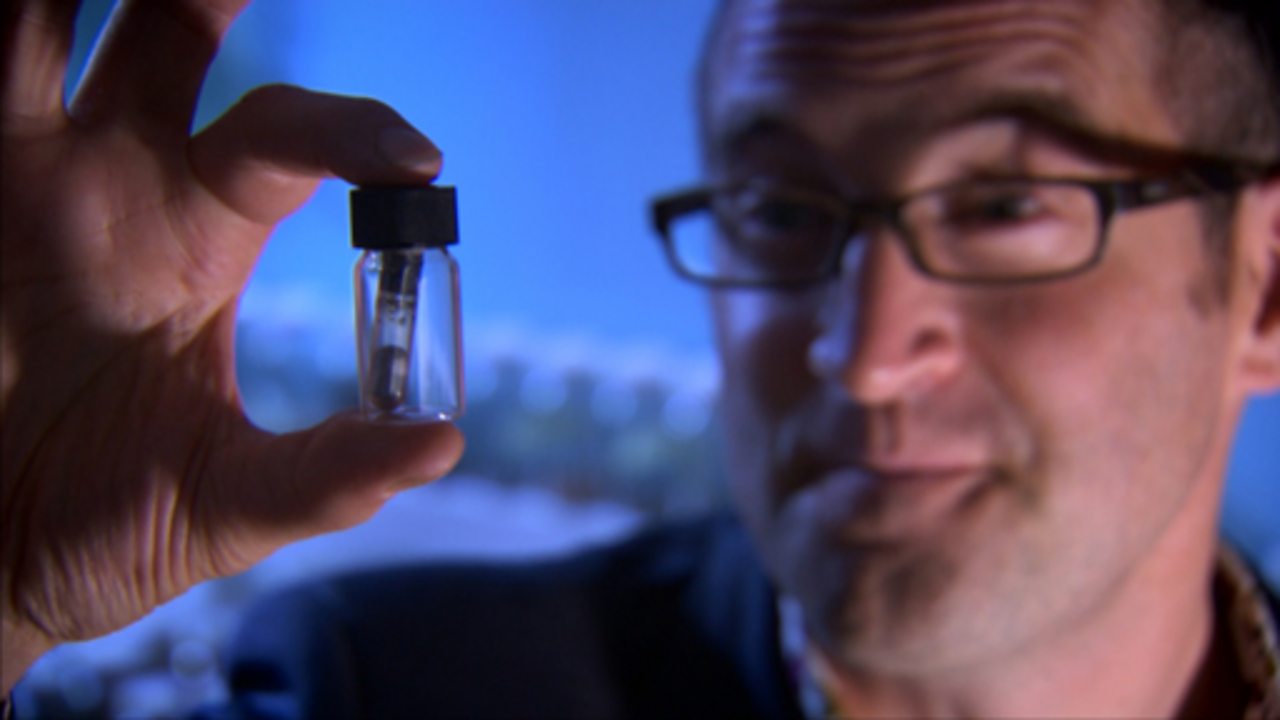 Mark Miodownik puts the properties of a superalloy to the test with a practical demonstration of the strength of a superalloy under high temperatures and how this metal is used inside a jet engine. 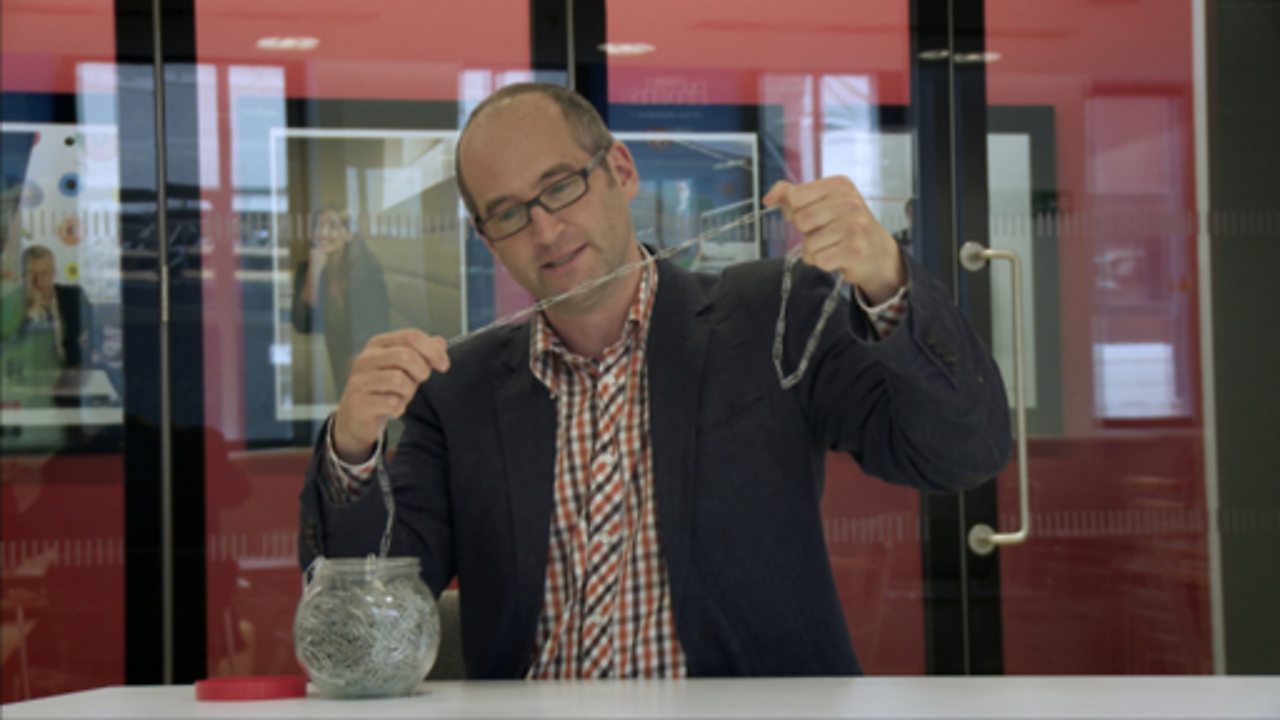 Where do all the plastic goods that surround us come from? Mark Miodownik explores the history and molecular structure of these ubiquitous materials, and how they're formed. 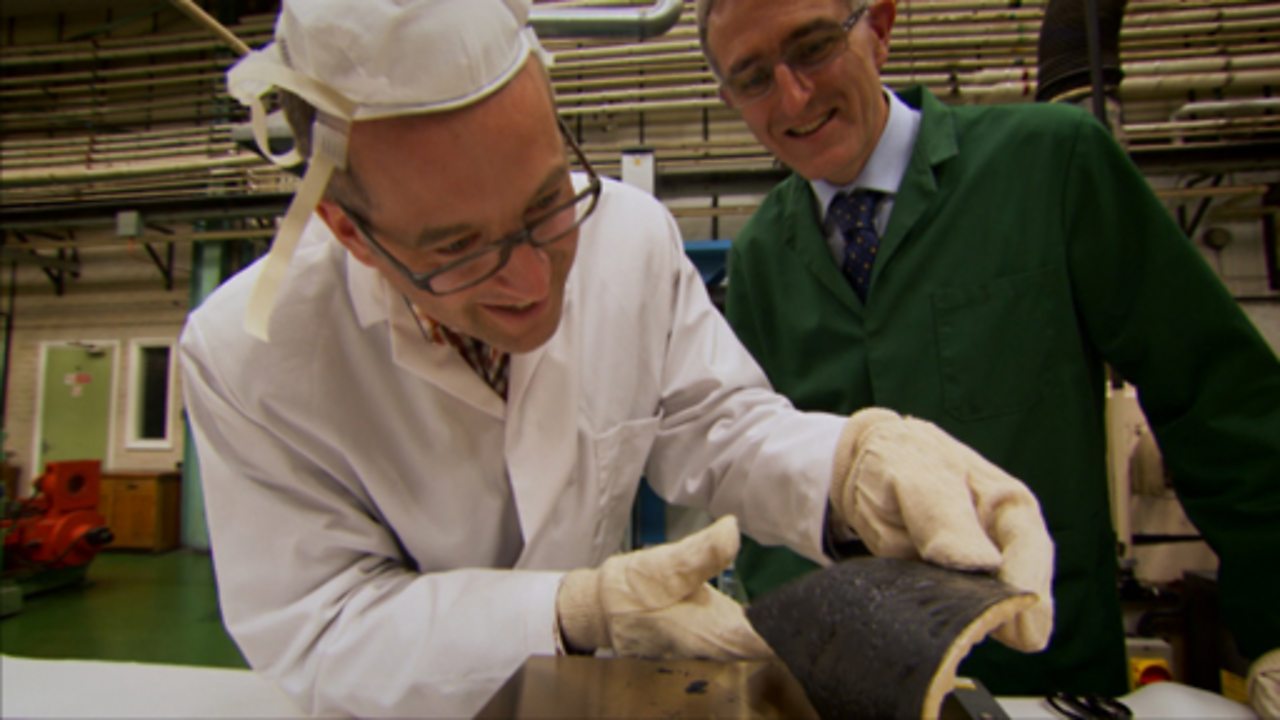 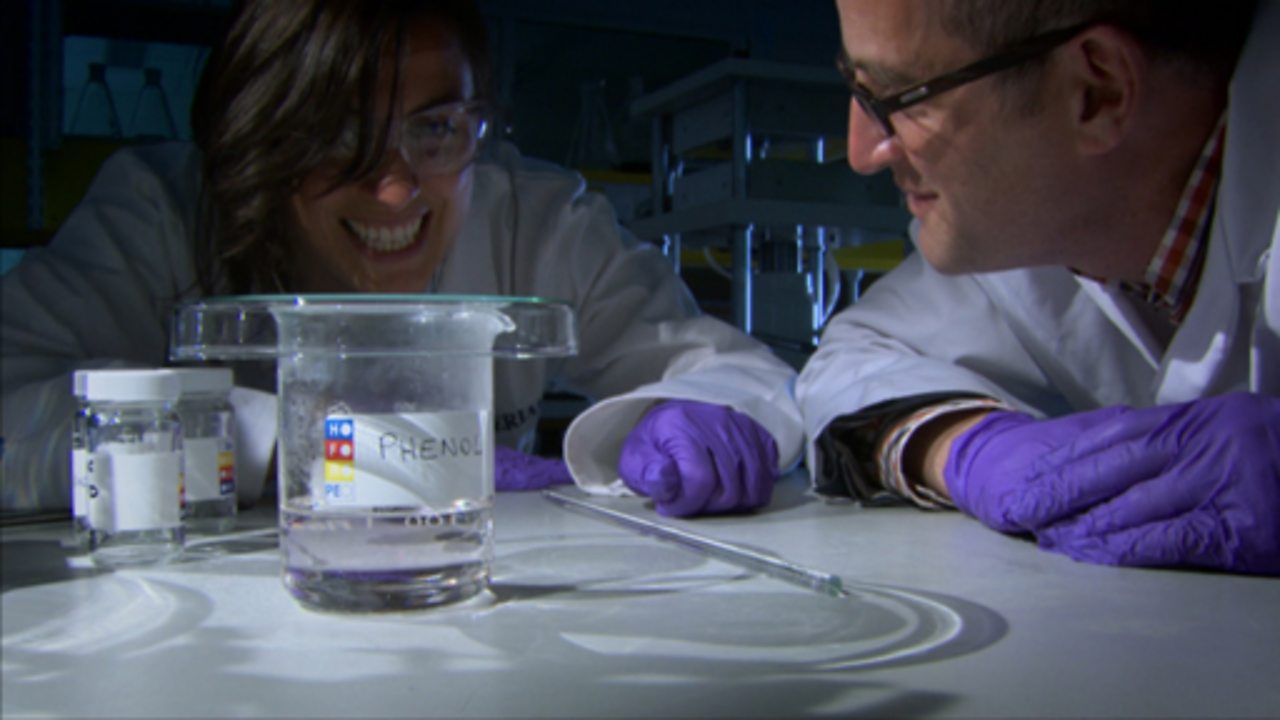 The structure, properties and uses of Bakelite

Mark Miodownik describes the work of the chemist Leo Baekeland, who invented the plastic Bakelite. 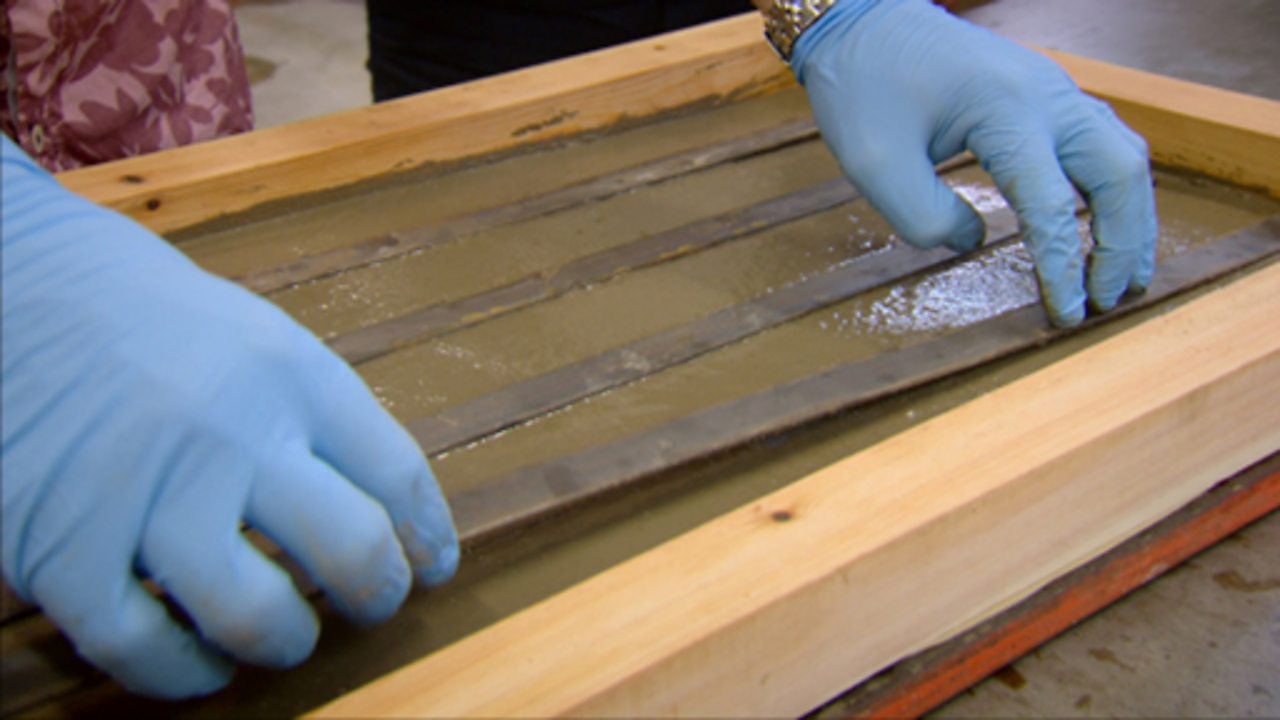 What is reinforced concrete?

Find out how concrete is reinforced through the use of steel. Scientists demonstrate how this works and how this method was invented in 1853. 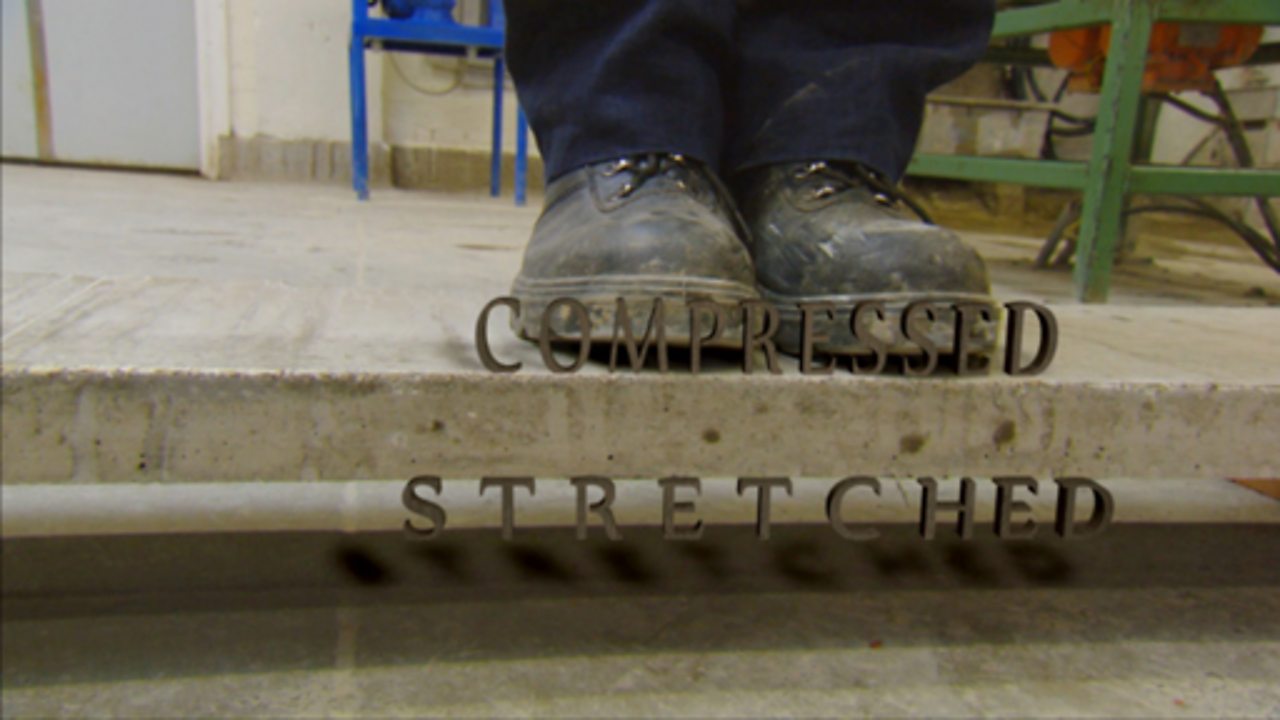 Why is concrete so brittle?

Find out about the chemistry behind concrete. Scientists use experiments and animations to demonstrate how concrete breaks under stress.