James May visits the Nissan factory in Sunderland to investigate modern methods of car production.

The Sunderland plant is the largest car manufacturing factory in Europe and annual production of 500,000 automobiles is capital intensive. The use of flow production, conveyor belts and robot arms is shown.

IT systems are used to ensure that each car is built to individual customer needs even though production flows on a conveyor belt. The production philosophy of lean production, developed by Toyota in the 1950s, is explained.

James then watches how cars are made from scratch, starting from rolled coils of mild steel sheets. It takes 24 hours to make one car.

Great care is taken to ensure that thousands of components arrive on the production line, exactly as they're needed. James discusses how individual bumpers appear just when needed with line supervisor, Ian.

Contrast is made between early 20th century manufacturing techniques where Henry Ford mass produced identical cars, and modern factories where individual cars are mass produced. The importance of people in raising productivity is emphasised.

For example, production manager Clare explains to James why building the right car at the right time is key, and how a control centre can remove a car for the production line that fails to meet quality standards.

Students might discuss the relative importance of labour and capital in the mass production of cars. What are the likely impacts of components failing to arrive at the right time on the production line? Students might undertake an investigation of automated and car washing facilities in the local region - how do price and quality of automated v hand washed options compare? 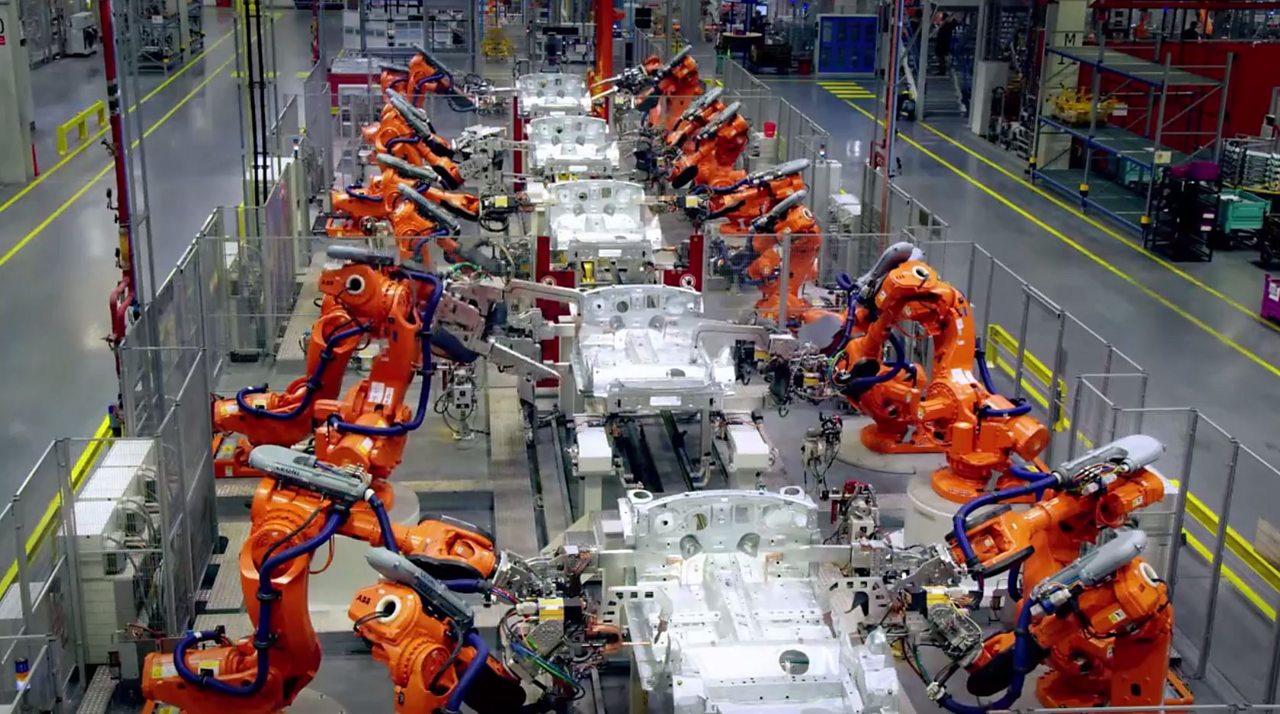