A montage of shots of a variety of animals adapting to life in a cold climate including wolves, bears, birds and buffalo.

This is from the series: Wonders of Nature

After viewing the clip, ask: "In what ways were the creatures we saw well-adapted to the cold climate?"

Collect pupils' suggestions, which might include that many of the animals had thick fur or feathers, or were well camouflaged for a white landscape.

The children might also have noticed examples of behaviour that helped some of the creatures thrive in low temperatures, such as the Japanese snow monkeys who seek out hot springs.

Ask: "Are there any creatures you would not expect to see in very cold places?" The children might suggest reptiles, amphibians, insects and molluscs are unlikely to be seen.

Establish that this is because they are less well-adapted to the conditions.

Round off the lesson by asking children to draw their own imaginary creature, which has features that make it perfectly adapted to a frozen world.

This clip will be relevant for teaching Science and Geography. This topic appears in KS1 and KS2 in England, Wales and Northern Ireland and Early and First level and Second Level in Scotland.

More from the series: Wonders of Nature 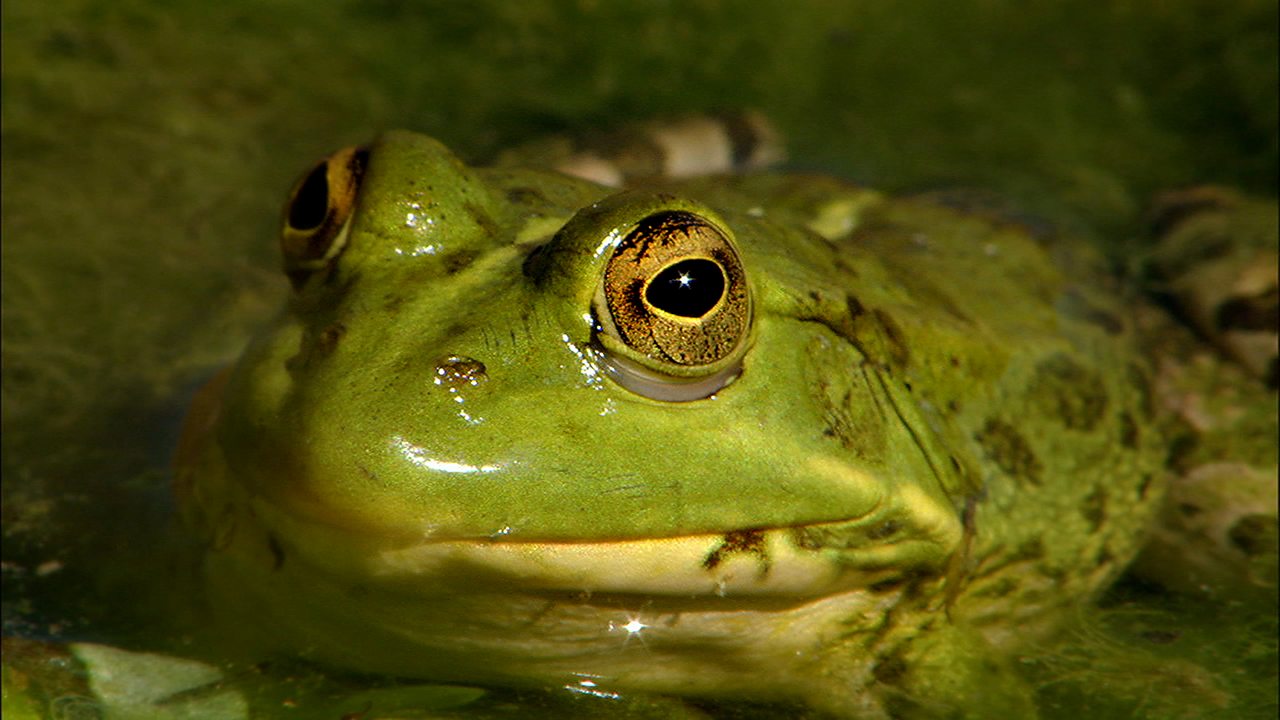 Science KS1 / KS2: Frogs in their habitat (no narration)

Wonderful footage of different frogs moving around their habitat. 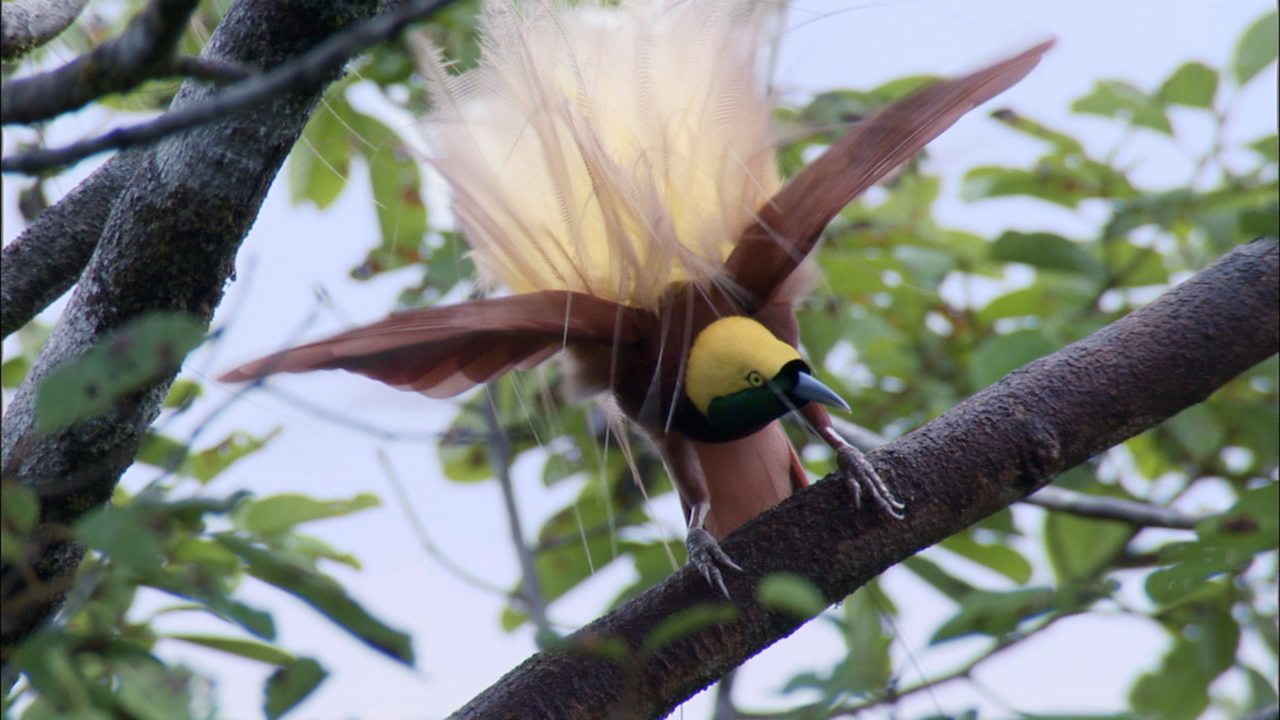 A wonderful variety of exotic and beautiful birds of paradise in the wild. 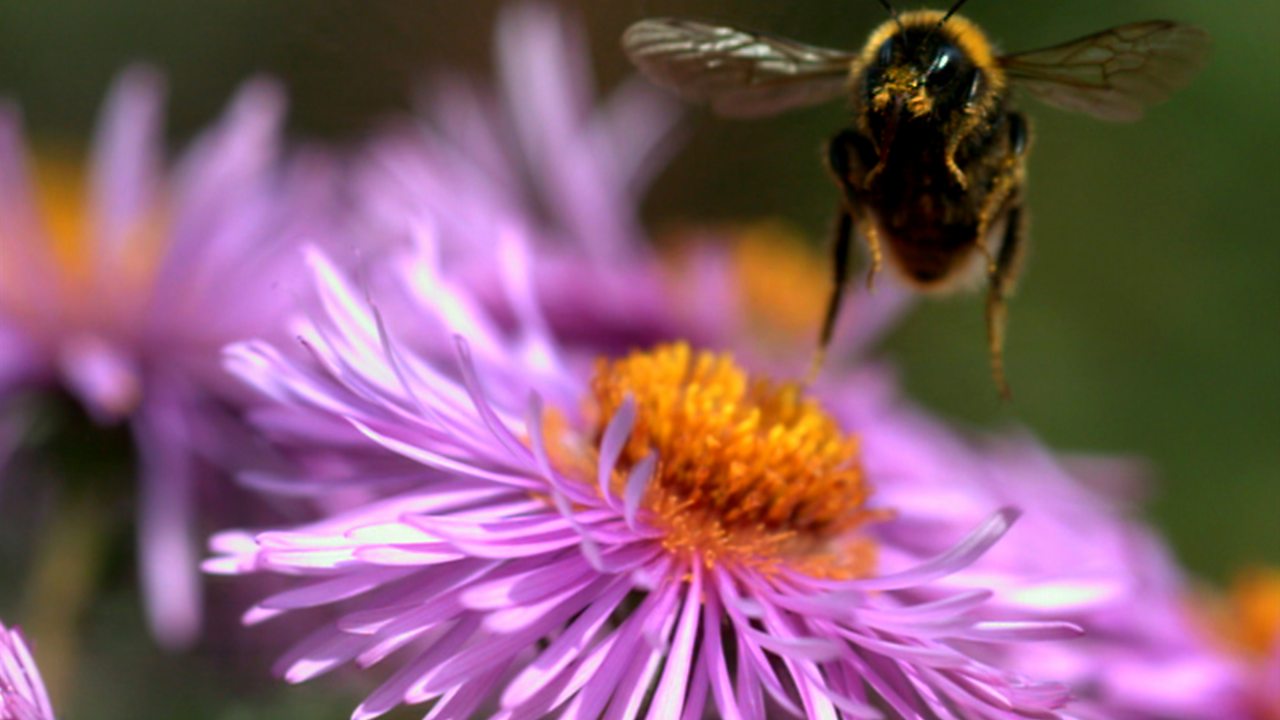 Science KS1 / KS2: Wildlife in our gardens (no narration)

What types of wildlife live in our garden? This clip shows different animals that you might find. 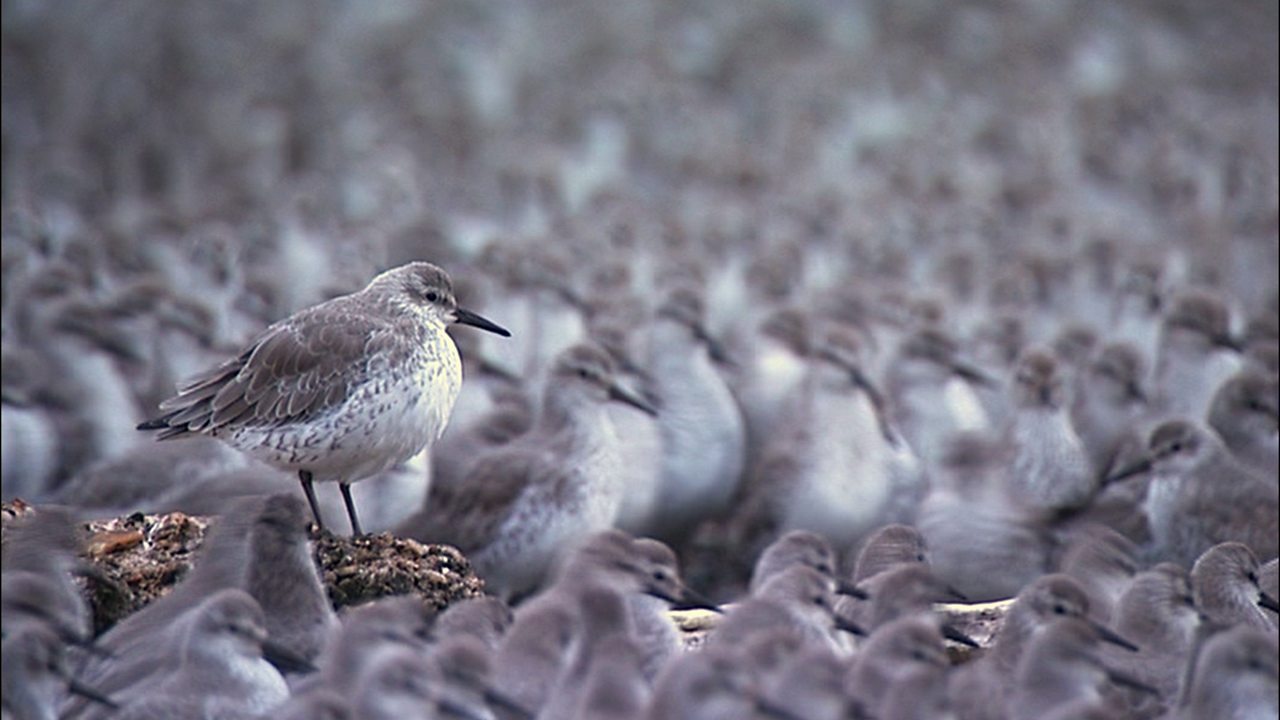 Science KS1 / KS2: Knot birds flying together in a flock (no narration)

A flock of knot birds flying above the sea. 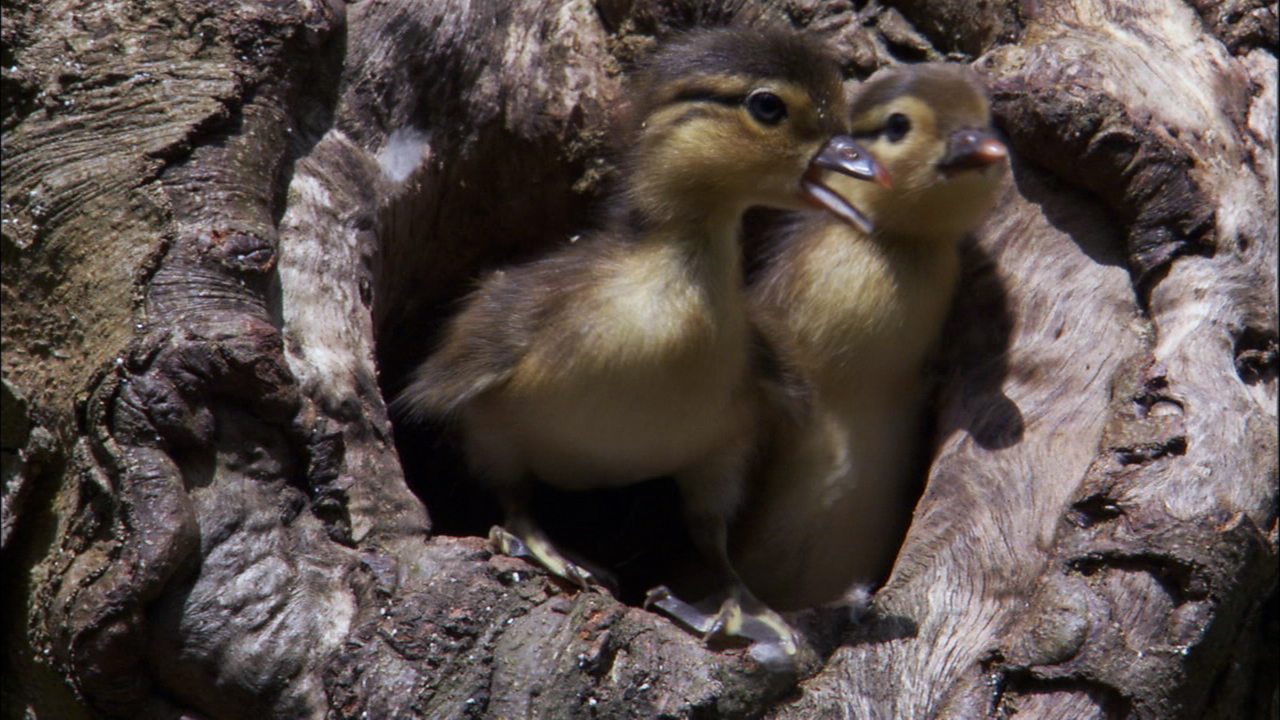 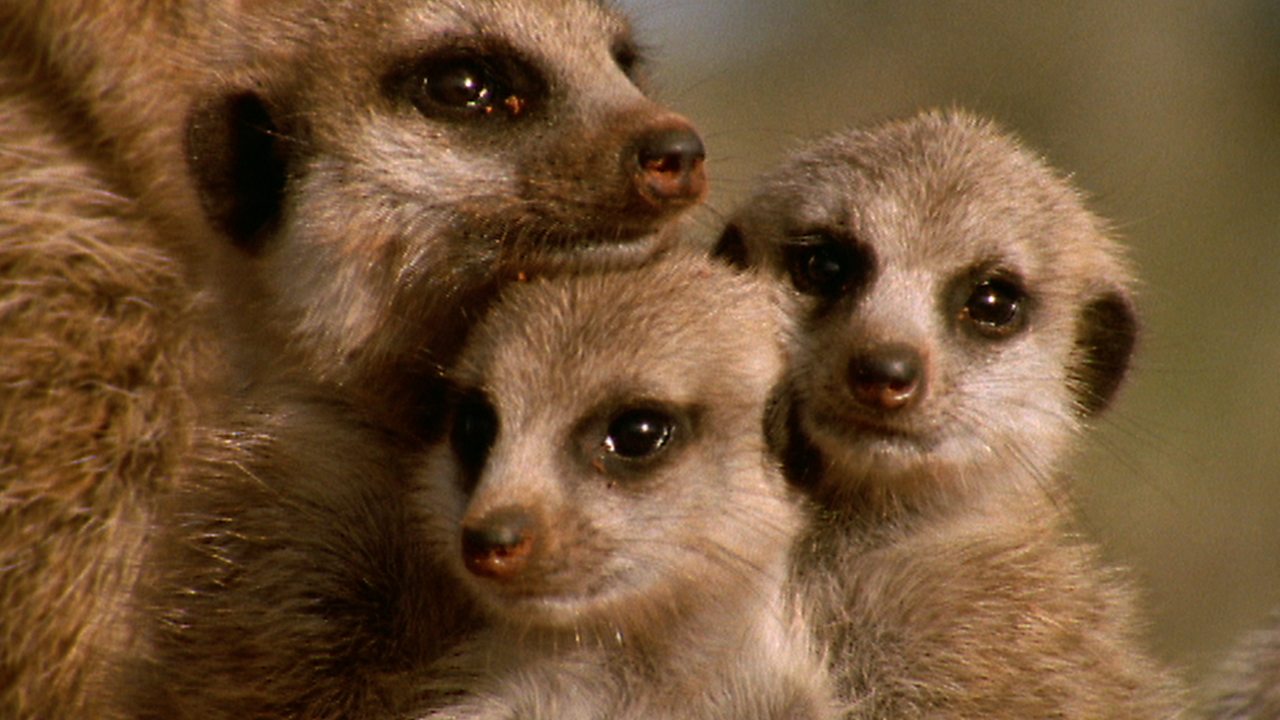 Science KS1 / KS2: How meerkats interact in the wild (no narration)

How the different members of a family of meerkats interact in the wild. 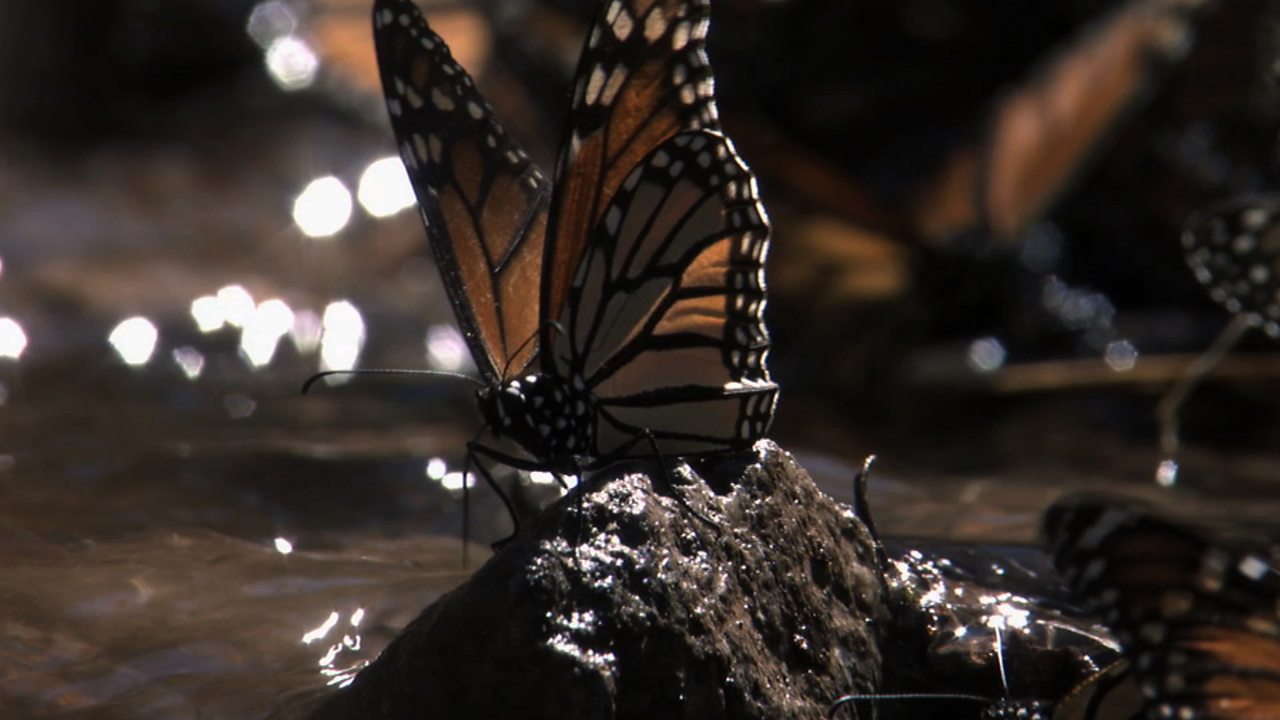 Beautiful monarch butterflies fly together around their habitat. 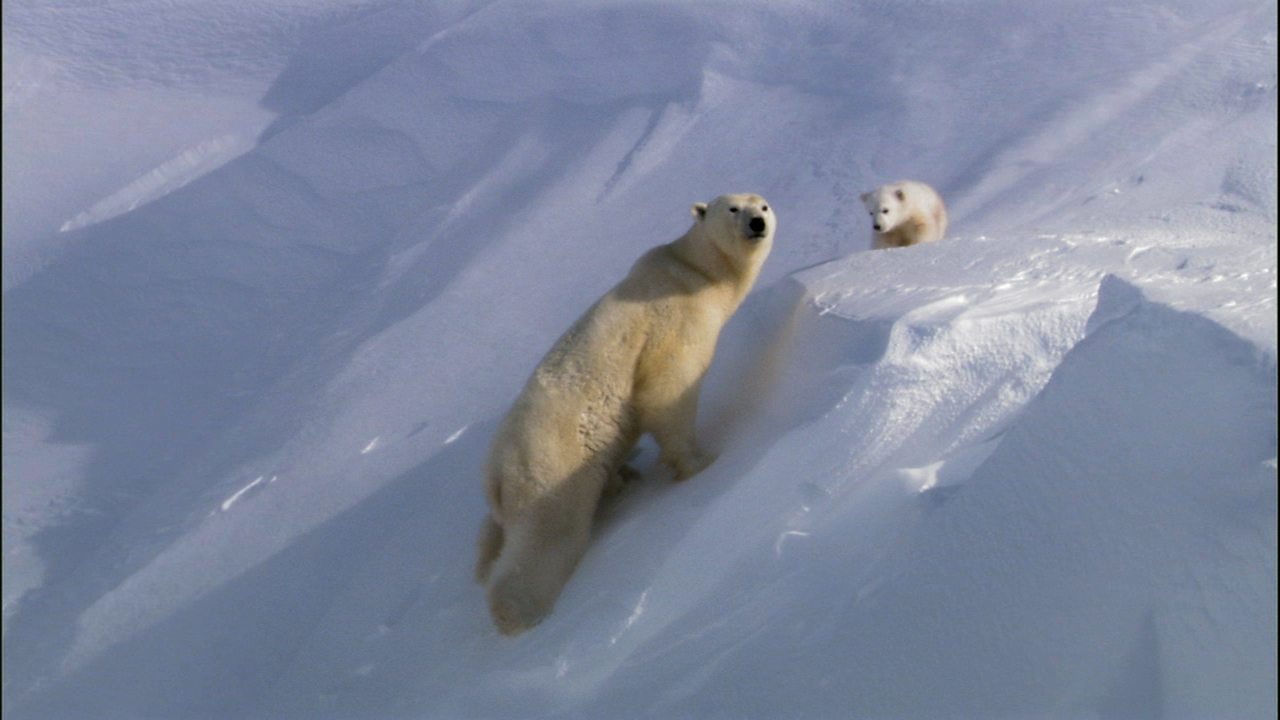 Polar bears in their habitat (no narration)

A mother polar bear and her family wake up and explore their habitat in the Arctic. 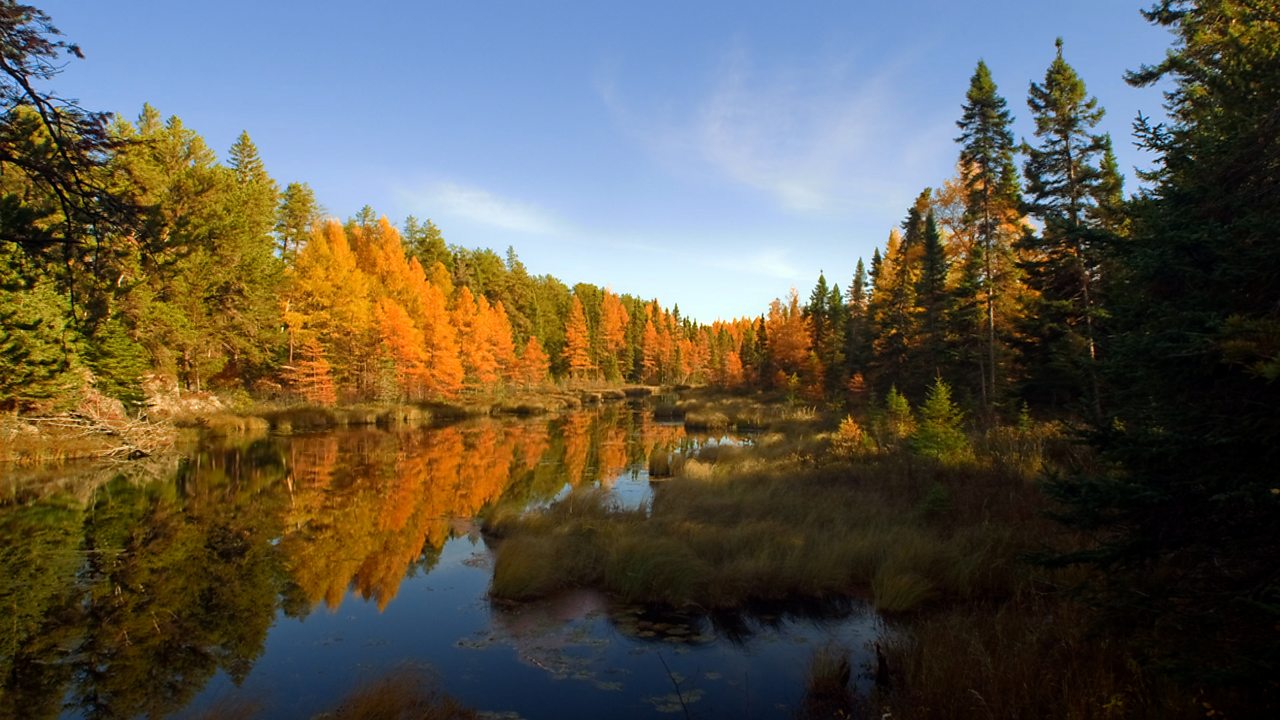 A look at what happens to different landscapes through the four seasons. 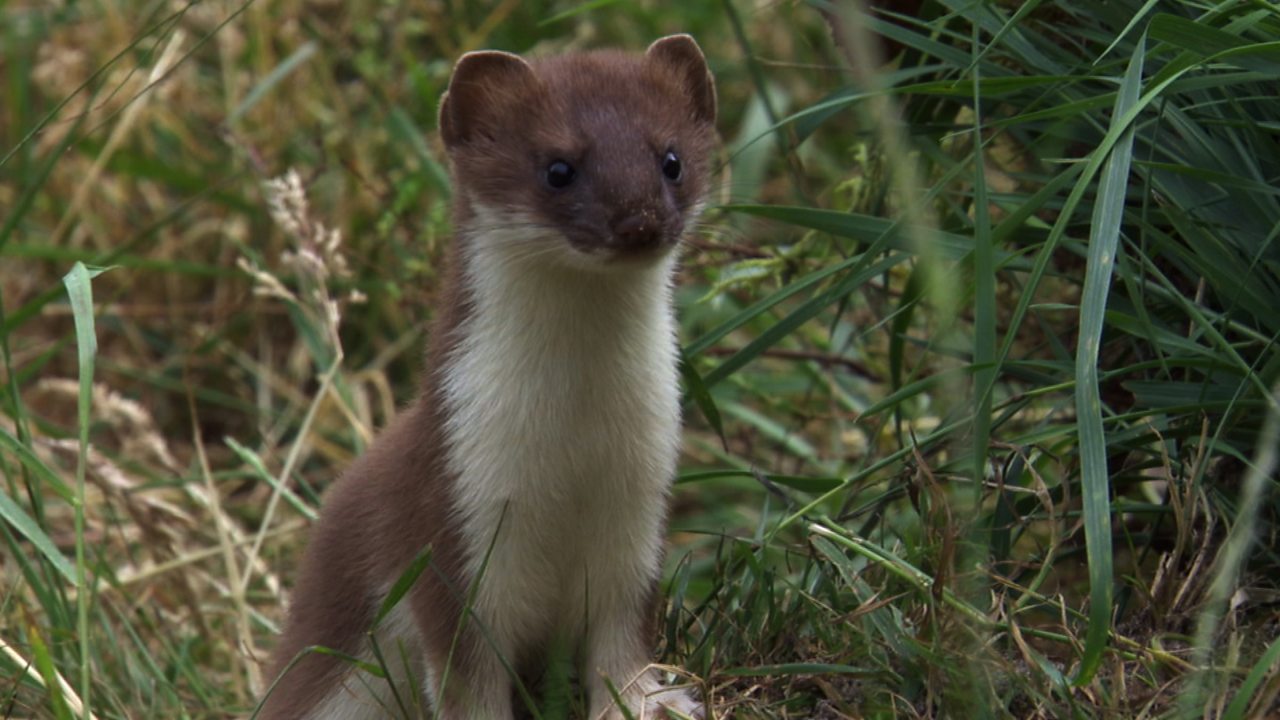 Stoats playing in the wild (no narration)

Stoats playing in the wild and interacting with each other. 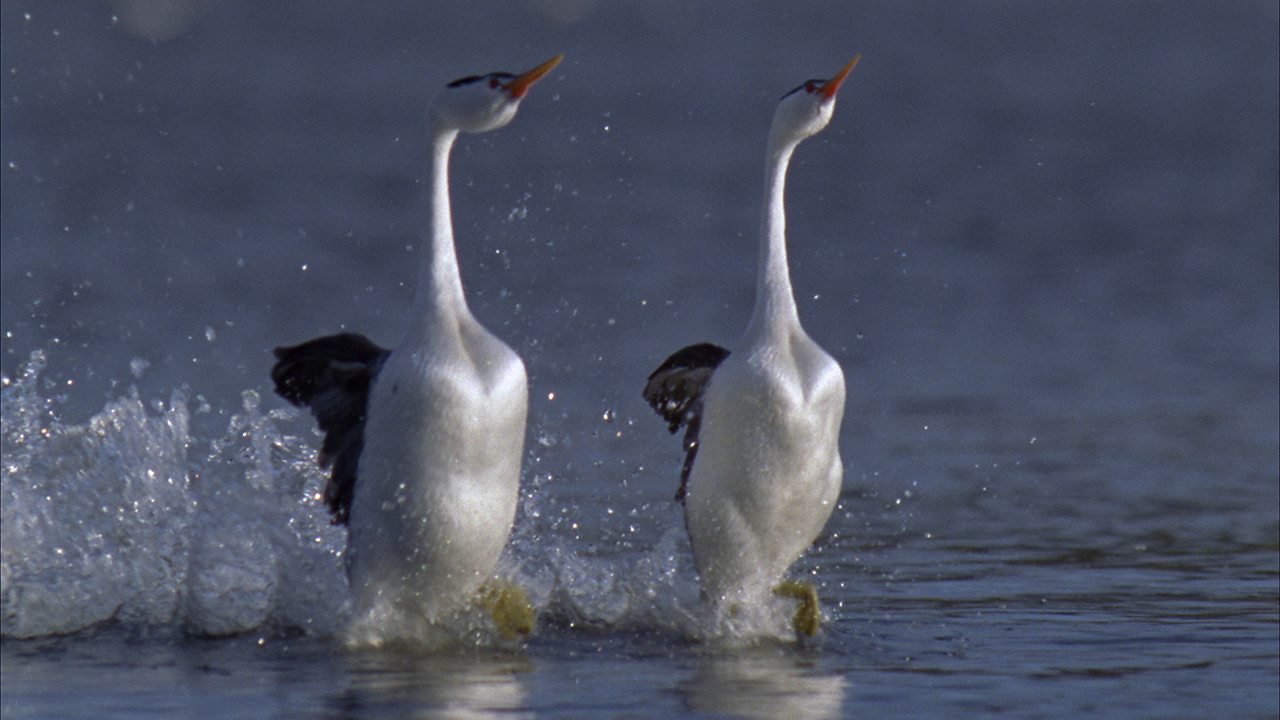 How animals move and what superpowers they have. 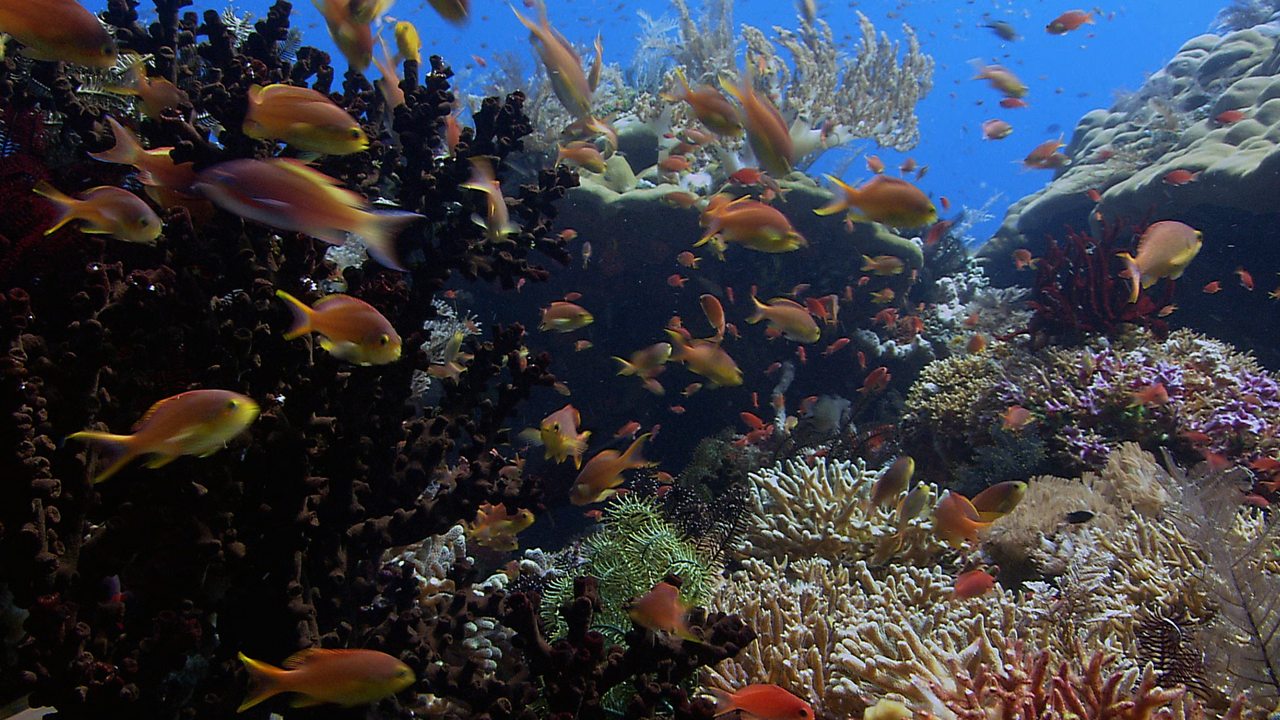 The underwater world (no narration)

Under the sea, there are many different creatures living together. 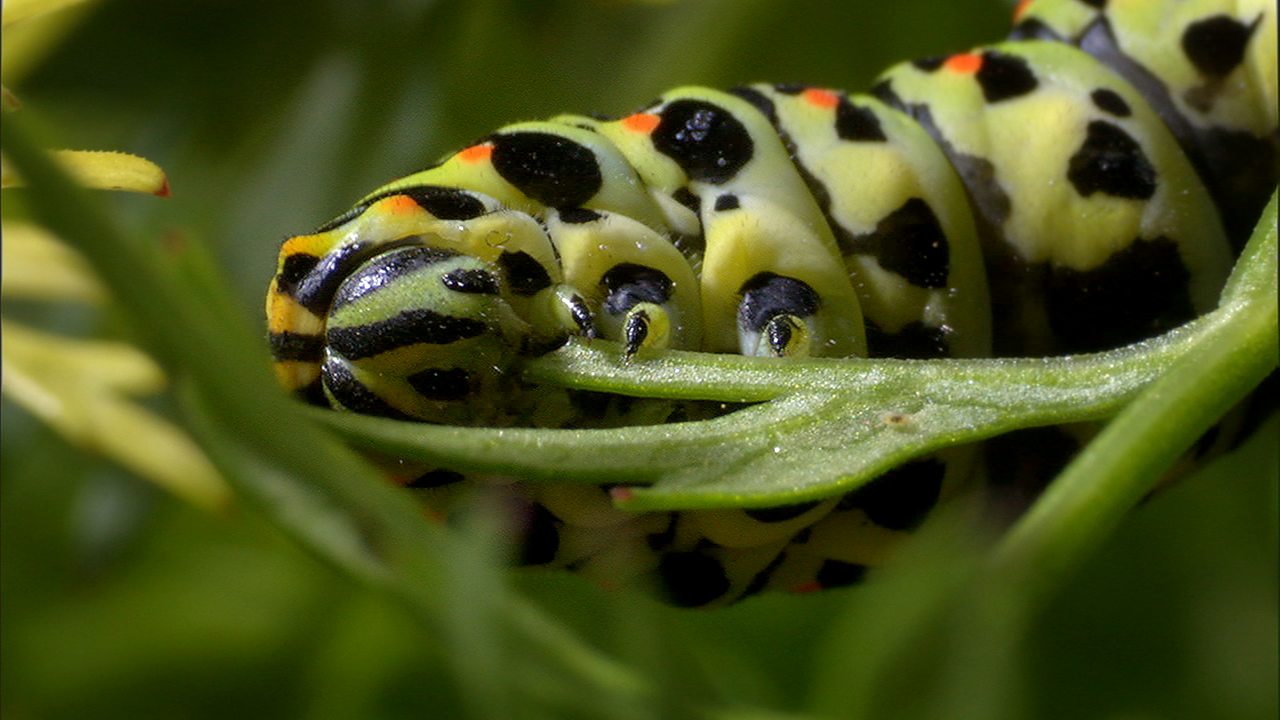 How caterpillars change into butterflies (no narration)

How caterpillars change into butterflies. 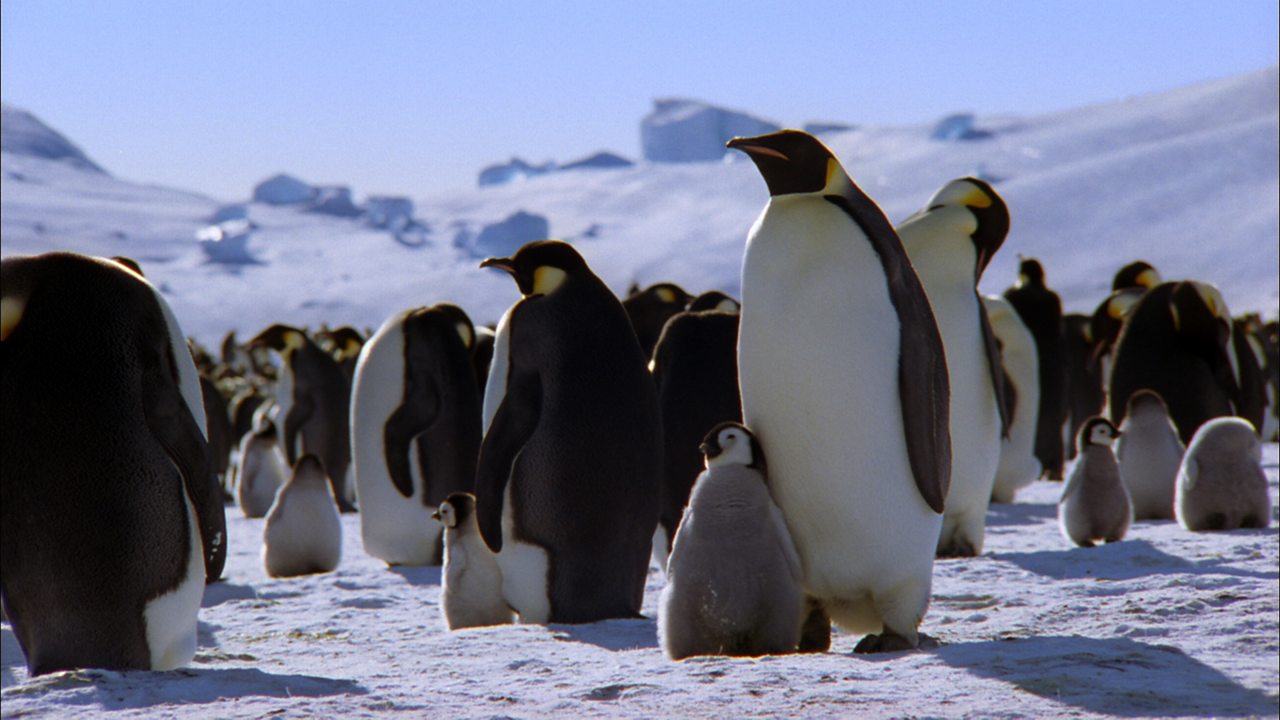 An emperor penguin lays an egg and we see her baby being born in the cold Antarctica. 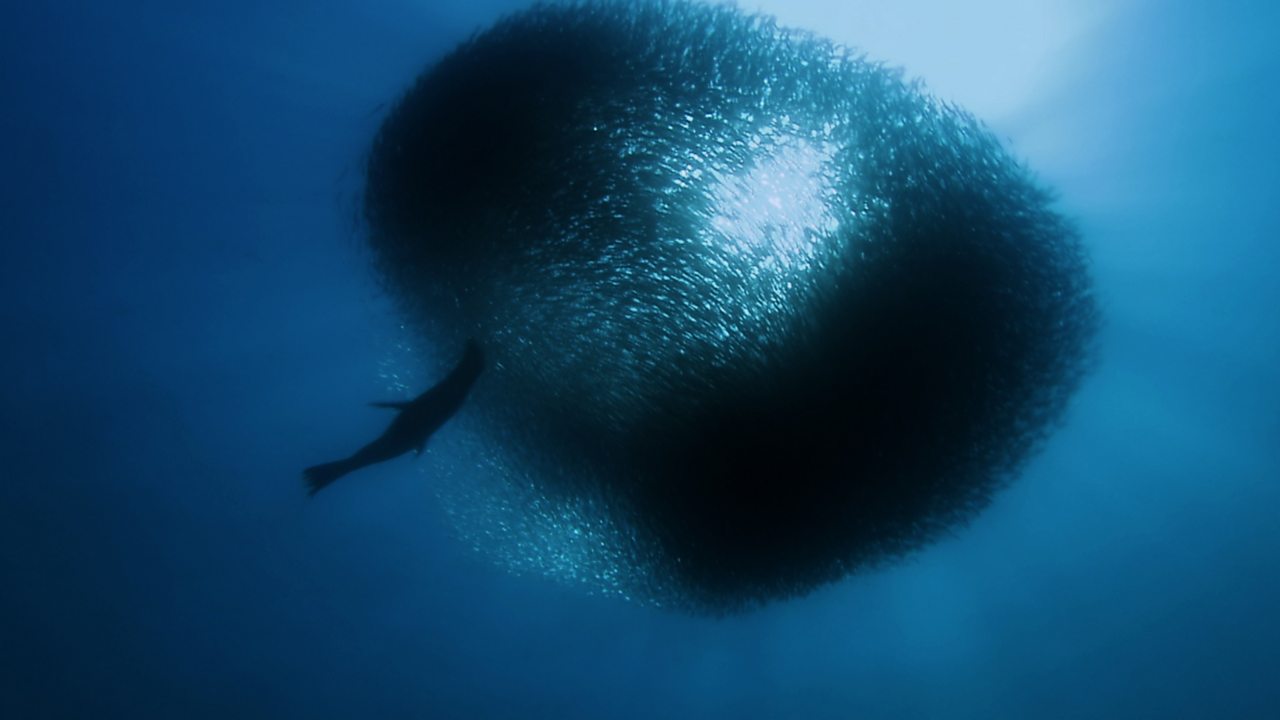 Animals catching their prey and hunting for food (no narration)

Animals, including the gorilla, dolphin and frog catching their prey and hunting for food. 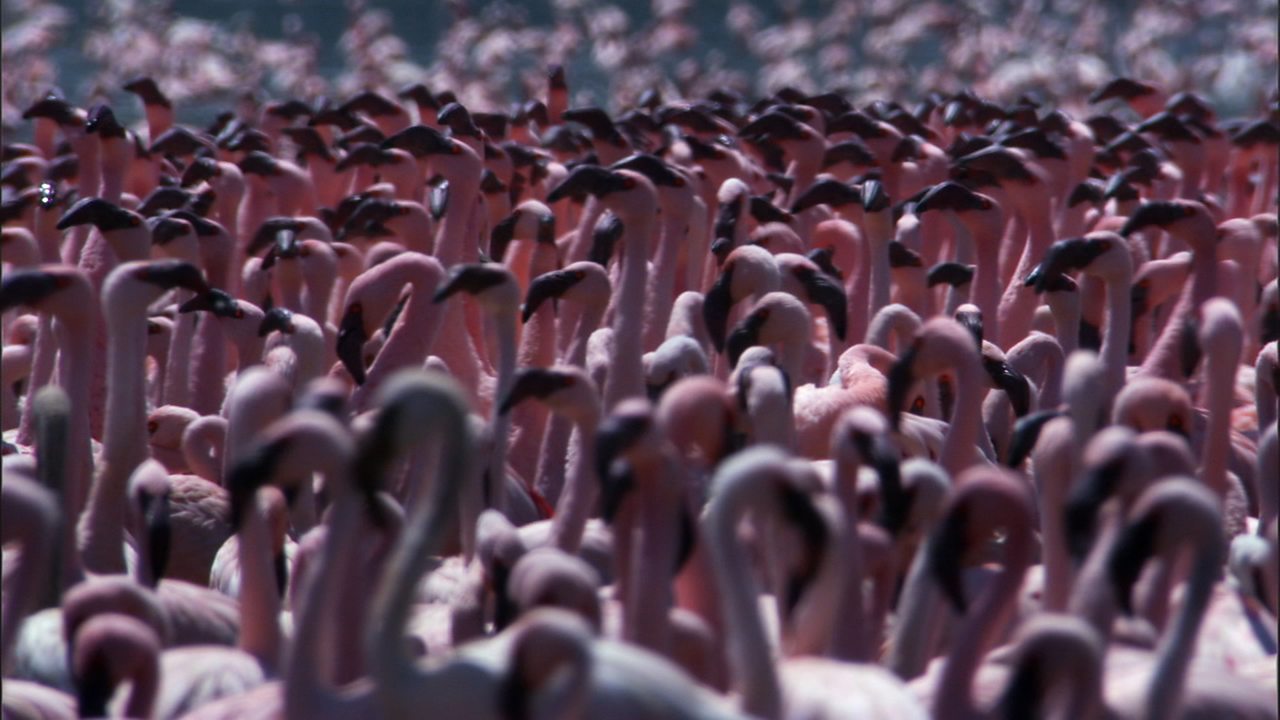 Flamingos and their courtship rituals (no narration)

Swarms of flamingos move around, displaying their long necks in a courtship ritual.