Nine heart-warming nativity fails from the frontline of school stages

As much a part of Christmas as mince pies and queues out the doors of shops, the traditional school nativity play is a sure sign the festive season is in full swing, but the staging of school productions involving small children is a nest of potential disasters waiting to happen.

For weeks, children around the country have been rehearsing lines and singing songs while school staff and parents sew and make costumes, find props and build sets for the traditional Christmas nativity.

But all that effort can be derailed by a feisty four-year-old who just isn't in the mood.

We spoke to two teachers who have been at the coal face of school shows for years.

Here are their most memorable nativity fails - some funny, some not so funny, but all equally heart-warming.

When the stage turns into a playground

"One school I worked in included the whole of nursery and reception classes in their nativity performance.

"There were a lot of children dressed as animals who were quite sure that they did not want to be part of the play.

"During the dress rehearsals they were great.

"On the day of the performance, there was one child sliding himself along the floor, another child who sat, arms folded, refusing to take part, and many others who kept stealing the costume headbands and props whenever possible.

"Consequently, the sheep had crowns, the donkeys were missing their ears and the cows were brandishing crooks.

"As teachers, we were having a nightmare trying to keep it together, but the parents were in fits of laughter." - Sarah, Bury.

Stumbling on the stage

"A boy’s sash, which was part of his Herald costume, fell down and got tangled around his legs and so his legs got stuck together and he fell over on stage in front of the parents.

"Everybody found it funny. Over several minutes you could see him gradually getting into more and more difficulty and eventually he toppled over and had to be rescued.

"He wasn't hurt but fortunately everyone found it funny, including him.

"I guess you can say he took it in his stride." - Jonathan, Bletchley

When a child won't stop crying

"I'm a teacher and one year my daughter was an angel at her school.

"The hall doors were open because it was hot, so just because of how close they were to them, when my daughter was about to sit on the raised seat, thinking she was going to rest her back on the door behind her but to her surprise, she lost her balance and nearly fell off the stage and started crying.

"She turned her back on the audience, leant her head down on the raised seat and sobbed into her arms.

"I think she was so shocked by the possible fall and what could have happened that she just cried throughout the rest of the performance – we still had another 30 minutes to go.

"The teachers tried to stop her crying but she didn't. She’s normally a really confident little girl and it was a shame that spoilt it for her, but it was funny as well." - Sarah

Needing the toilet in the middle of the performance

"You can almost guarantee that this will happen.

"There'll be a child who puts their hand up in the middle of the performance to ask to go to the toilet.

"This is something that’s not supposed to happen, but it does.

"We always take the children for a toilet break before the production starts so they should be fine.

When performers have... creative differences

"One year we chose a boy and girl to play Mary and Joseph.

"Let's just say, they didn't exactly get on.

"On the day of the performance, at the end of the play when baby Jesus was born and Mary was supposed to be holding him, Joseph decided that he was going to hold the baby instead.

"So they had an argument on stage, which ended in Joseph snatching the baby away and Mary scowling at him.

"She didn't say anything to him but with her expression she made it known to him that she wasn't happy about Joseph holding the baby.

"The parents couldn't help but laugh, we were quite relieved." - Sarah

Waving at parents in the audience

"Some of the children can’t stop waving throughout the whole production.

"They don't realise that they're not supposed to do this and are encouraged to stay in character, but it never fails to happen every year.

"The child's parents usually get embarrassed but that’s part of the charm." - Sarah

"My son was dressed up as a shepherd and he was a complete grump – he just frowned throughout the entire thing.

"You do get children on the day that won't perform but will quite happily take part in rehearsals and are engaged so you can't predict the mood on the performance day." - Sarah

"If they’ve got a crown on, they’ll be constantly fiddling with it.

"There’s always a moment like that. You’re trying to get the child to stop but without talking out loud, it's challenging!"

"One child was a shepherd and his prop was a soft toy sheep.

"All the parents burst out laughing – I think that’s part of the charm at this age." - Sarah

When the roles for children turn into parental backlash

"In an effort to be more 'PC' (and since Gabriel was in fact a male angel) we had a selection of both boys and girls to be angels in a nativity one year.

"Suffice to say, there was a lot of angry backlash from parents that their son was not going to be a more male role, e.g. Joseph/kings/shepherds, and that their daughters had missed out on an opportunity to be an angel because of the 'silly boys'.

"In the end we swapped the boys who didn't want to be angels, although there were still one or two who went on to perform brilliantly.

"So sometimes it's about managing parents' expectations when casting the roles." - Sarah

The child who finds even the minimal lines hard to remember

"There's always a child who has just two words to learn and yet with all the rehearsals and preparation they still can’t remember them!

"That's to the teacher’s despair, but it's quite funny." - Jonathan

It'll be alright on the night

"Teachers are working hard to get the children to remember all the lines and sing all the songs.

"No matter how badly the rehearsals are going or you think that child is never going to learn the line – it does always come together and the parents love it.

"On the day, the children have a good time, the parents don’t care about the glitches – and those moments are part of the charm! In the end it does come together and all that matters is that the children enjoyed themselves.

"It's always a brilliant experience for the children and parents." - Sarah 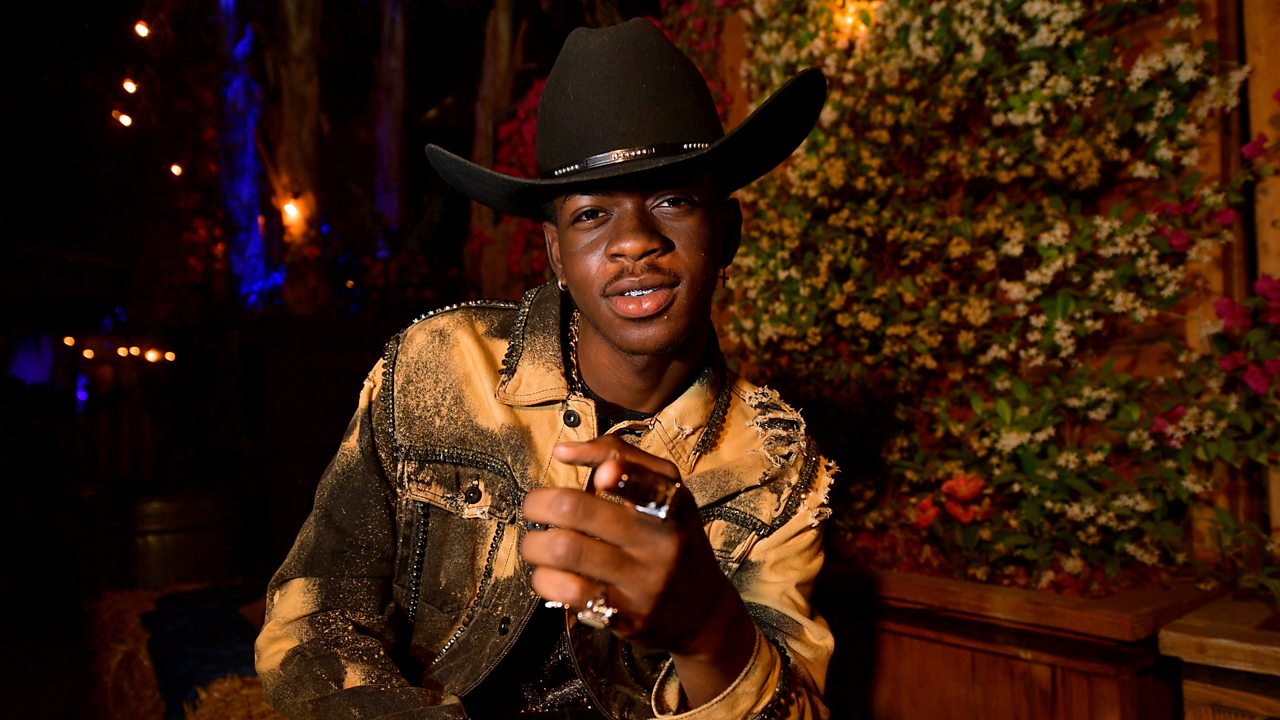 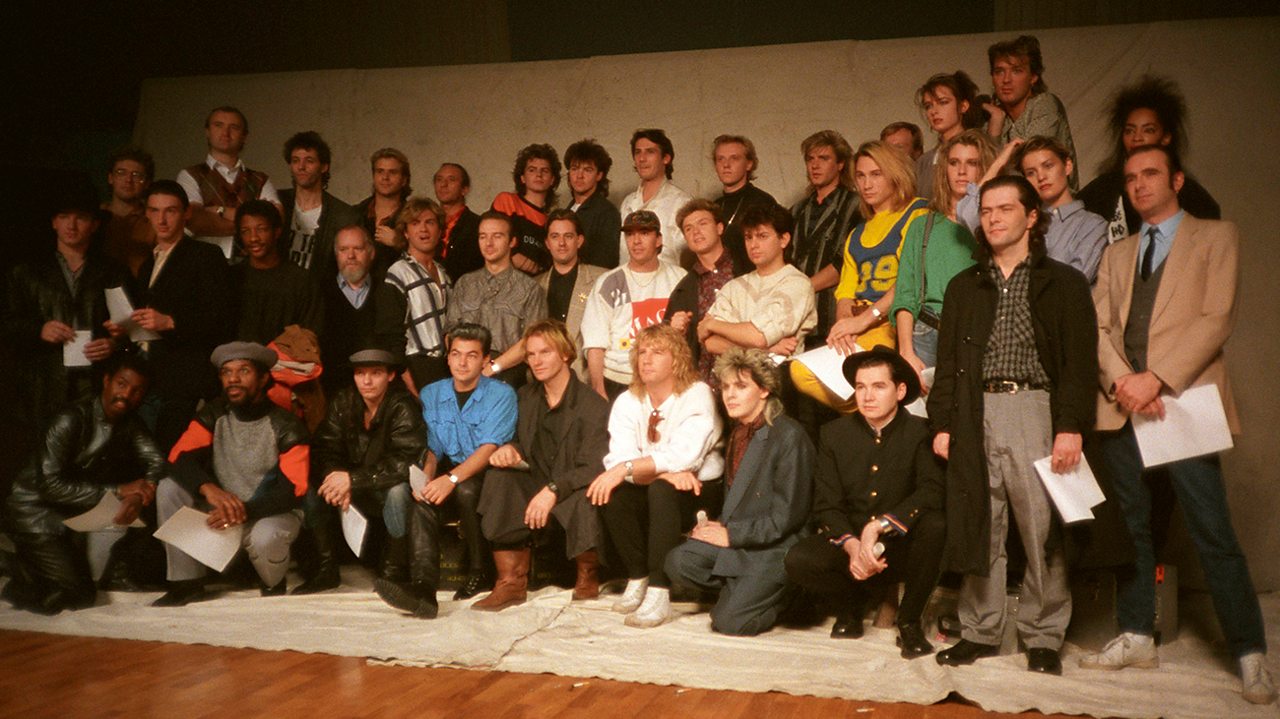 How much do you know about Do They Know It's Christmas and the stars performing on the four versions of the song?