The UK has a vibrant and storied history of music across its Nations; and those stories can help better connect us to the communities we grow up in.

Broadening your music horizons can come from both discovering new local artists and looking to the past at the instruments and genres that helped to shape music today.

National Pioneers is a Bring the Noise video series that blends the old and the new; musicians from Scotland, Northern Ireland, Wales and England sharing picture book-like stories of their music origins, followed by an introduction to a traditional instrument, perfect for parents and children watching together.

England: Nadia Rose and the Accordion

"The rhymes tumbled out of little Nadia so fast, she had to start writing them down!"

Rapper Nadia Rose is all about being both playful and positive. Growing up in Croydon, England, her songs often revolve around witty lyrics and her community. She's said that if she wasn't making music, she'd love to be a children's television presenter. She also happens to be Stormzy's cousin but her talent and success is all her own.

For National Pioneers, she tells the story of The Girl Who Loved to Make Words Rhyme. Teaming up with beatboxer Bamz, they took their music from their bedroom to concerts all over the world. Making up rhymes and song lyrics is a great way to improve literacy skills and learn new words.

After her story, Nadia performs her song Secure the Bag - a song so fresh it was still to be released when the episode was filmed! She's joined by the accordion, an instrument that has roots in English folk music. Its brash sound was at first unpopular in the early 1800s but its uniqueness introduced new genres to the UK, like polka. Combining hip hop with an accordion might sound unusual, but the end result is incredibly catchy! 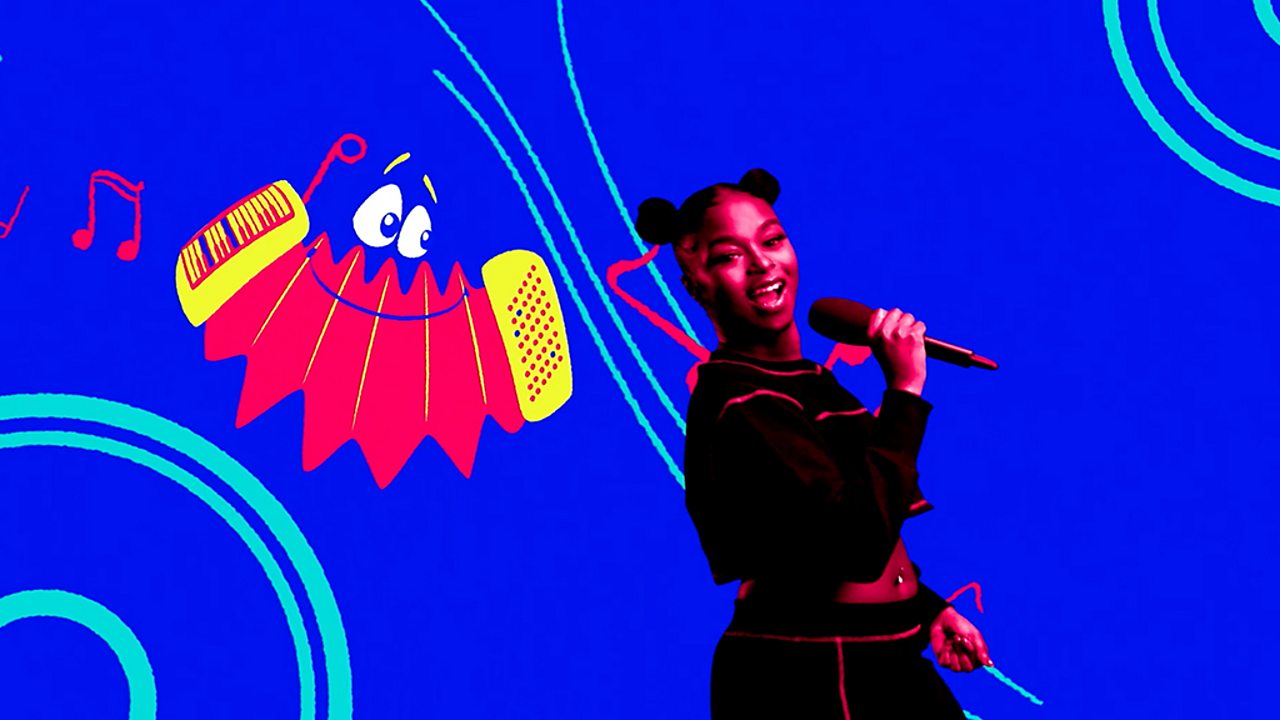 Rapper Nadia Rose tells a story of the girl from Croydon who loved to rhyme and raps with an English traditional instrument, the accordion.

"Maybe with lots of practice, they too could be heard."

Bridie Monds-Watson (also known as SOAK) is a singer-songwriter from Derry-Londonderry, Northern Ireland. The stage name SOAK came from mixing the words 'Soul' and 'Folk', but her songs don't fit neatly into either genre. Her songs are acoustic led, emotional and have a dream-like quality that's perfect for winding down at the end of a long day.

For National Pioneers, Bridie tells the story of The Kid who Wanted to be Heard. Bridie has older brothers, and getting her voice to stand out when growing up was a challenge! However, getting her first guitar (and putting in a lot of practice) helped Bridie find a way to shine that was uniquely hers.

After their story, Bridie performs her song Sea Creatures, accompanied by the tin whistle. Tin whistles go by several names (including the Irish whistle, the penny whistle and the flageolet) and were designed to be inexpensive to make, so anyone could afford to play one. 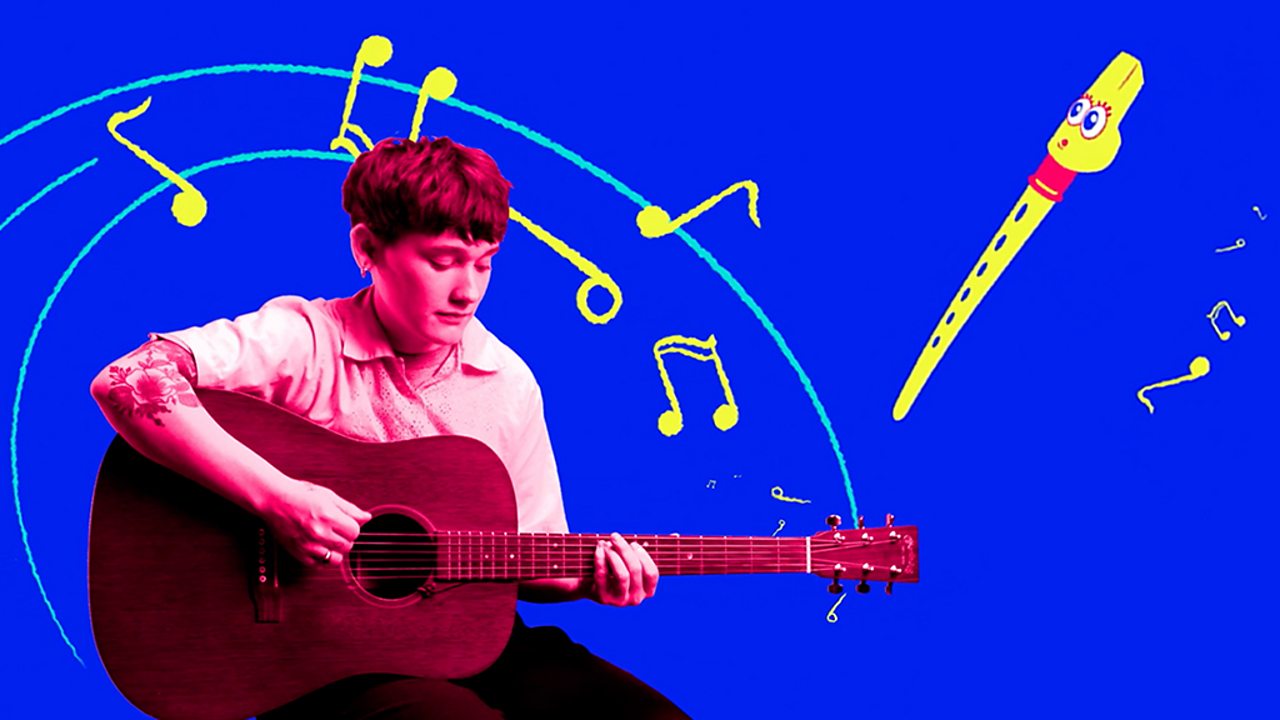 Watch singer Bridie Monds-Watson's story about a child from Derry-Londonderry using their guitar and an Irish traditional instrument, the tin whistle.

Wales: Kizzy Crawford and the Tabwrdd

"After a couple of songs she found her voice, and it was the best feeling ever!"

Kizzy Crawford is a singer-songwriter who performs in Welsh as well as English. Kizzy has a mixed heritage from Wales and Barbados and that blending of cultures is also reflected in her music, influenced by jazz, indie, soul, folk and more.

For National Pioneers, she tells the story of The Girl from Aberaeron who Stood Out from the Crowd. Growing up, Kizzy was very different from a lot of her peers at school, and it was initially very tempting for her to try and blend in as much as possible. However, after gaining confidence through joining the school choir, Kizzy learned to love the things that made her unique.

After the story, Kizzy performs Golden Brown in Welsh, accompanied by the tabwrdd drum. The song is usually performed in English, so this arrangement is definitely unique. The tabwrdd (or the tabor) is a portable snare drum, making it perfect for marching bands and parades. There have been depictions of tabwrdd players going back as far as medieval Europe! 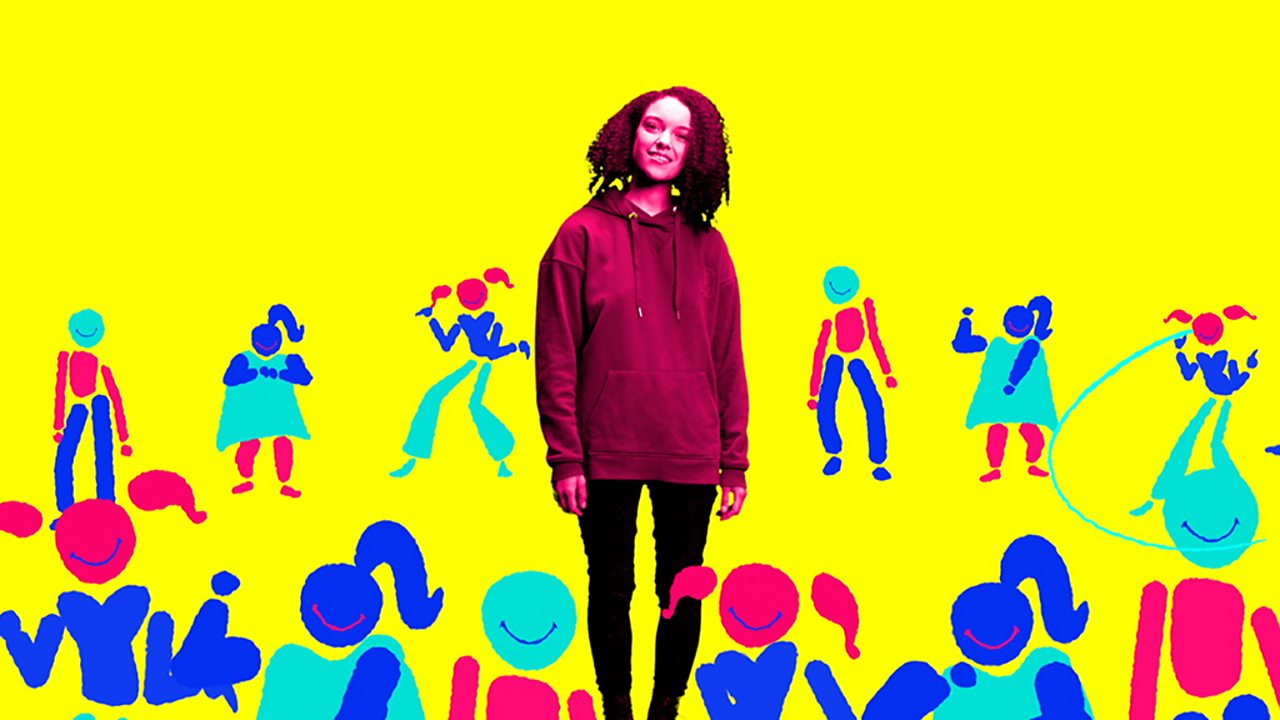 Singer Kizzy Crawford tells the story of the girl from Aberaeron in Wales, and sings alongside a Welsh traditional instrument, the tabwrdd drum.

Scotland: Lucia & the Best Boys and the Fiddle

"Clang! Bang! Twang! They were making the most beautiful sound ever."

Lucia & the Best Boys are a goth-pop rock band from Glasgow, Scotland. The four piece band love to pair their unique look with songs about inner strength and confidence. The band's lead, Lucia Fairfull, initially performed just under her own name but after meeting Conor, Alasdair, and Chris, a new name was forged.

For National Pioneers, Lucia tells the story of The Girl Who Wanted to Rock Out, with some sound effect assistance from the Boys. She talks about how she moved from her small village of Killearn to the city of Glasgow to meet other musicians who shared her love of making some noise. Playing music in an ensemble is an excellent way to forge a community and build social skills alongside music skills.

After the story the whole band perform Summertime while accompanied by the fiddle. The fiddle is very similar in shape and size to the violin - the main difference is in how they are played. Violins appear more in classical music and make clear, precise sounds; whereas the fiddle appears more in folk and jazz music where improvisation is more encouraged. 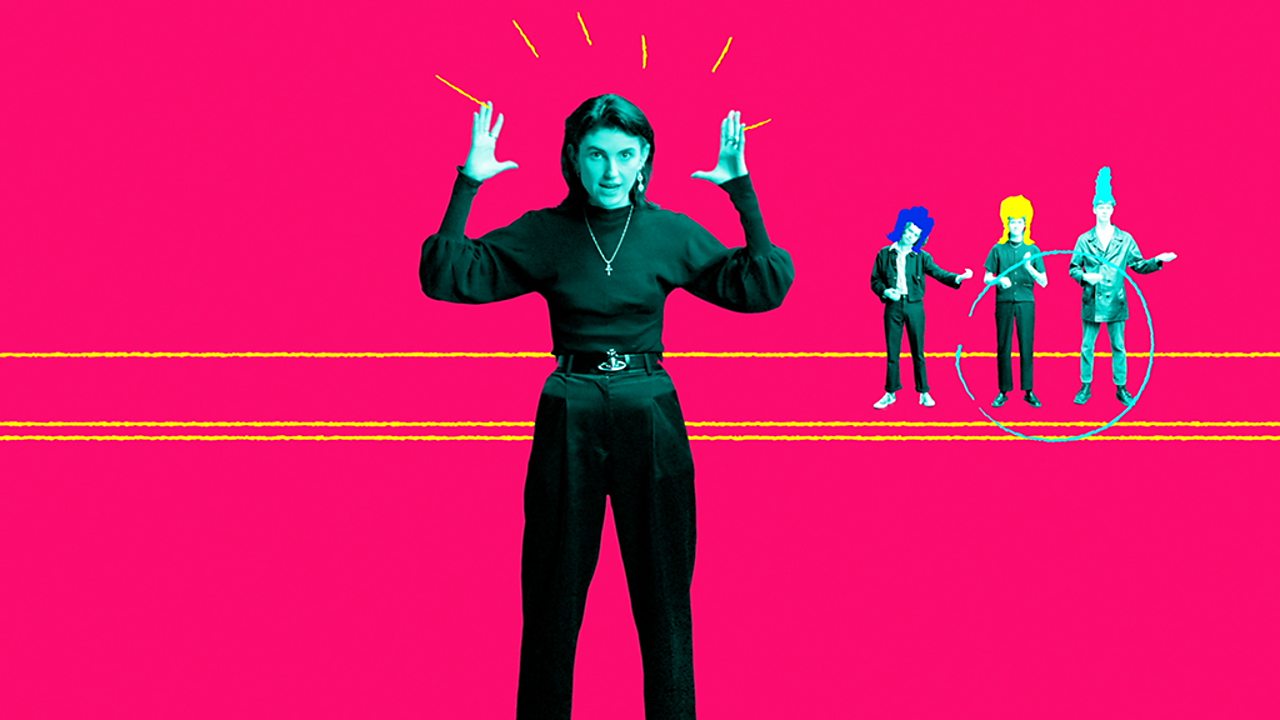 Rock band Lucia and the Best Boys tell the story of the girl from the Scottish village of Killearn and jam together using a Scottish traditional instrument, the fiddle.

Song lyrics, downloads, lesson plans and resources for use with Bring the Noise songs. 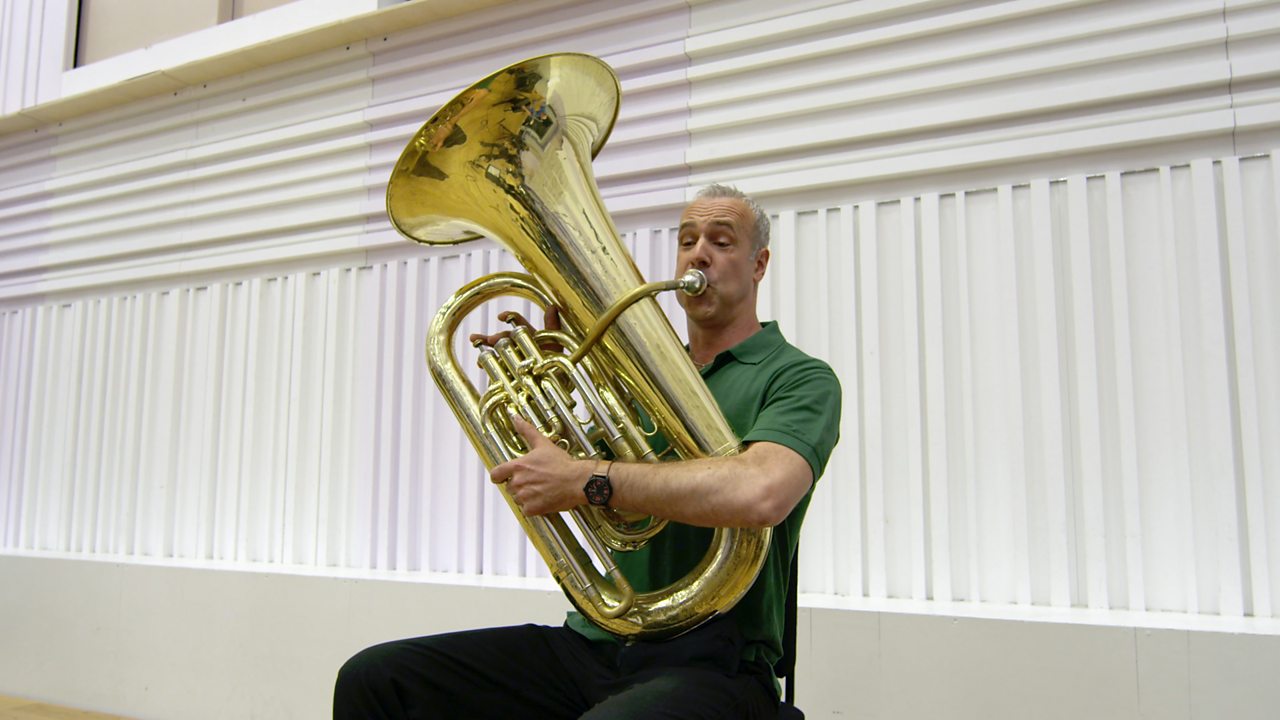 Orchestral Families: Which musical instrument is right for you?

Explore the instruments of the BBC Philharmonic and choose the one you want to learn.