In 2012 CeCe Sammy seemed to have it all, she had risen from being a backing singer for Diana Ross to become a leading vocal coach with appearances on Pop Idol, Dancing On Ice and Just The Two Of Us, and she had just given birth to her daughter Isabella.

But, while away from her Los Angeles home on a business trip to Las Vegas, her, and her family's, life was turned upside down when she suffered a sudden brain aneurysm, which left her in a coma.

This serious injury, a bulge in a blood vessel caused by a weakness in the blood vessel wall, leads to bleeding which can cause brain damage.

The odds weren't great, about three in five people who have a subarachnoid haemorrhage die within two weeks, the NHS says.

Half of those who do survive have severe brain damage and disability.

When CeCe woke up in an American hospital bed, she couldn’t talk or function, but, she says, it was her love of music that aided and motivated her recovery.

Her sister played CeCe some of her favourite music which helped stimulate her brain, "Listening to the music I loved gave me the inspiration that everything was going to be OK," she recalled.

And it was her childhood obsession with playing the piano that convinced the medical team she was on the road to recovery, “The doctors actually said that it was the movement of my finger that made them unhook the machines, because they saw I was reacting to what they were saying and I was pretending to play the piano, moving my finger,” CeCe said.

'Darkest point in my life'

CeCe is now an advocate for the benefits of music and her energetic and contagious positivity has helped many people find their voice.

“Music taps into helping us study and learning and our ability to go through something like a near death experience, it helps us centre ourselves and to not feel so lost.

"It was definitely a part of my recovery, without it I’m not sure how inspired or how confident I would have felt in that darkest point in my life.”

CeCe knew from a very young age she wanted to do something with music.

Born in Trinidad she moved to the UK as a teenager and attended the London College of Music.

Influenced by the extravagant pianist Liberace who “made classical music accessible and brought it to the masses,” she became fixated with the piano as a child.

Hearing familiar musical sounds during her hospital stay in 2012 helped her remember the determination she had in her childhood, “music takes us back to those moments in time," she recalled.

She constantly refers back to the days where she learnt to play the piano as it paved the way for her in so many ways.

Her academic work benefited as piano playing was “all about the count" which then transferred into her mathematics work, “That’s why I want to encourage young people," CeCe said.

"You don’t have to be a professional pianist who’s making money from it, but playing an instrument helps with your focus."

She recalls being a shy child, but through her piano playing, she could become that character that the piece was all about.

Comfortable in own skin

CeCe remembers her teachers who helped her fondly, particularly her maths teacher Mrs King who encouraged her musical and singing ability, “She showed interest in it and that opened me up a lot more to listen to what she had to say to do with maths, otherwise I wouldn’t have listened to a word," CeCe explained.

CeCe’s career flourished as she sang as a backing singer for Diana Ross and moved into vocal coaching for top profile TV shows.

Through music CeCe says she can “express herself in any shape, way or form” giving her ultimate freedom.

She uses music when she gets stuck, where she feels there is “just one way to do something,” practising her breathing alongside to expand her creativity to other aspects.

“The whole point of creativity is not about judgment, the moment we realise we are individuals is the point we become very aware and there’s beauty in that, but also a lot of worry," she said.

"It’s about not stifling yourself, it’s about finding avenues that will help you express yourself.

"Ultimately as human beings we do have the ability to change that."

She calls music “a constant thread which we have all over the world".

Through music "you will discover more about yourself," she explained.

"You’re more comfortable in your own skin.

"We have to learn to love ourselves, which is a continual process and that’s what music does, because it helps us express ourselves whether it’s good or bad.”

Her mission now is to take her love of music across the country, going into schools and hospitals, offering everybody the opportunity to get involved with music.

“For me there is no age gap, it’s about teaching music education and making it come alive as something necessary," she said.

“The UK is so diverse and I really want to spread the opportunities out, no matter where we are from, we can come together and use music education to guide us in achieving more in a sensible way.” 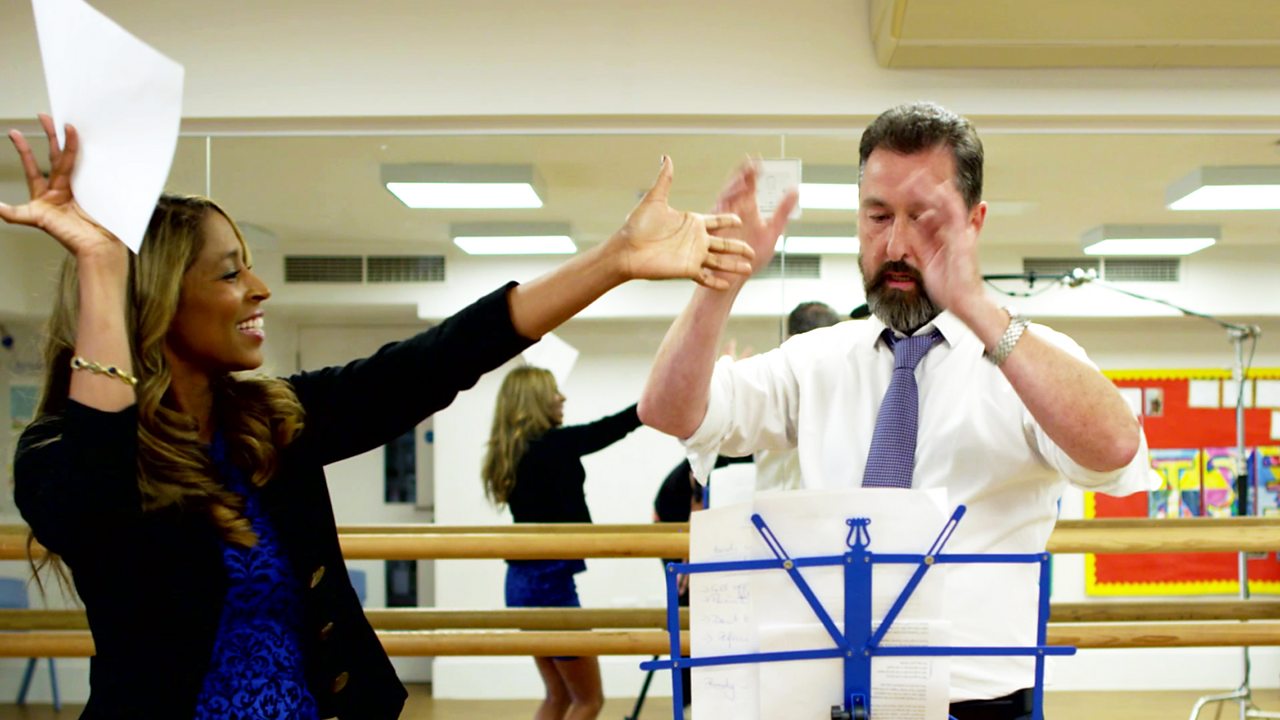 One of the UK’s leading vocal and performance coaches demonstrates how to improve confidence in delivering music lessons. (KS1)