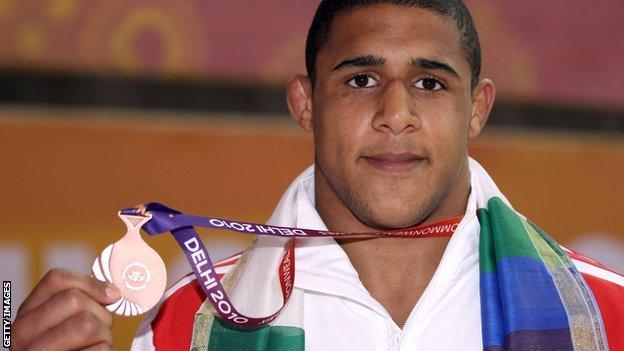 Leon Rattigan has been included in Team England's wrestling squad for the 2014 Commonwealth Games in Glasgow.

Rattigan, 26, is the British number one in the 96kg class and won bronze at the 2010 Commonwealth Games in Delhi.

His wife Yana will compete in the 48kg category, while brother and sister Michael and Sarah Grundy are also in the 13-strong squad.

"The team will have a distinct mixture of youth and experience," said team leader Shaun Morley.

"It contains five members of the team that competed in Delhi four years ago, two returning medallists and eight athletes who will be competing in a multi-sport games for the first time."