She completed the sweep by winning the giant slalom in Andorra on Sunday, taking her career tally to 60.

The 24-year-old finished in two minutes and 23.17 seconds in Soldeu having earlier won the super-G.

"Each globe is different but I wanted to come out here today and really earn it," Colorado-born Shiffrin said.

"I wanted to really, really earn it and deserve it. I'm really happy with my skiing and the whole day," she added.

"I had energy for today. I was able to compete with focus. It's amazing."

Asked what first thing she planned to do in the off-season was, Shiffrin, who turned 24 on Wednesday, said, "I'm going shopping in Barcelona either tomorrow or the next day."

Lindsey Vonn and Tina Maze are the only other female skiers to win four different disciplines in one season; no skier - male or female - has won titles in Shiffrin's particular combination of disciplines in the same season before.

The world number one led the giant slalom after the first race and only needed to finish in the first 15 places in the second race to win.

Shiffrin has now edged closer to compatriot Vonn, 34, who retired last month, who holds the women's record with 82 World Cup wins, and has a record 17 wins this season. 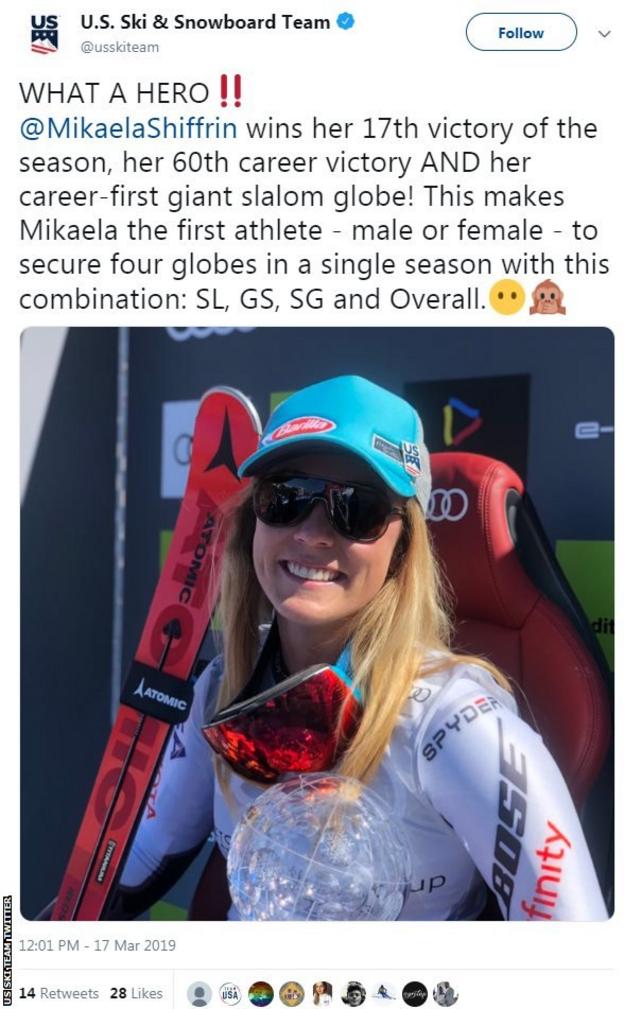