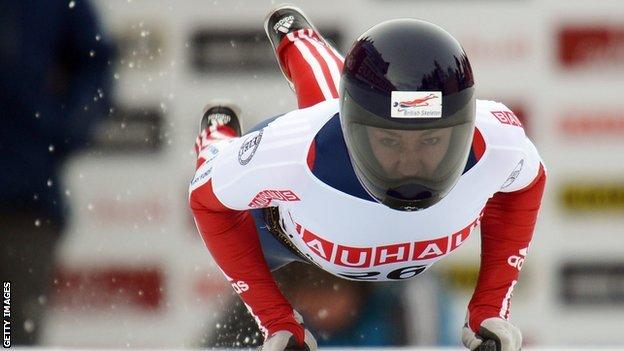 BBC Sport will build up to the 2014 Sochi Winter Olympics by covering the FIBT Skeleton World Cup.

Races will be shown on Sunday evenings in the UK on the red button following the flagship Ski Sunday programme.

Great Britain have made a strong start to the 2013/14 season with Lizzy Yarnold and Shelley Rudman in the top two positions of the women's event.

Dominic Parsons is seventh in the men's event at the halfway stage of the World Cup schedule.

Skeleton has been Team GB's most successful sport over the last three Winter Olympics, with Amy Williams winning gold in 2010 after Rudman earned silver in 2006 and Alex Coomber bronze in 2002.

"We are so grateful to the BBC for giving our athletes the exposure they deserve in the build-up to Sochi," said British Skeleton's commercial director David Henwood.

"They are not only sliding really well, they are all incredible characters with very different stories and backgrounds and all united in our aim to make Great Britain the number one sliding nation in world skeleton."

The next edition of Ski Sunday will be broadcast on BBC Two on Sunday at 17:05 GMT.