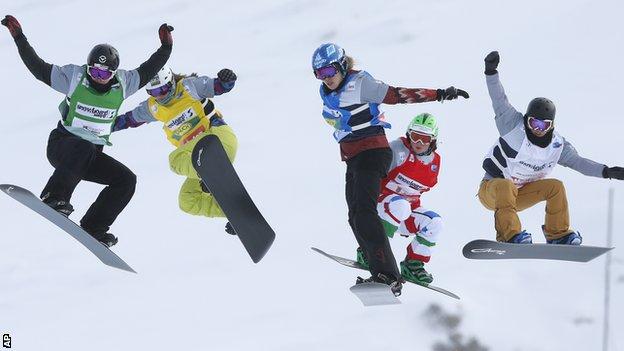 Britain's number one snowboarder Zoe Gillings finished fifth in the opening World Cup event of the season in Montafon, Austria.

The 28-year-old from the Isle of Man repeated her finishing place from 2012 as Czech Eva Samkova won the event.

Gillings said it was a "solid start" to her season which is focused on the Winter Olympics at Sochi.

"Obviously I would have liked to have medalled, but I am happy none the less," Gillings said.

"I've been working hard over the summer with my team and I've seen some huge gains in places I've traditionally always struggled in.

"I'm really looking forward to the next race in Lake Louise, Canada in two weeks time."

Meanwhile, Gillings confirmed she has also been invited to compete at January's Winter X Games in Aspen, Colorado,