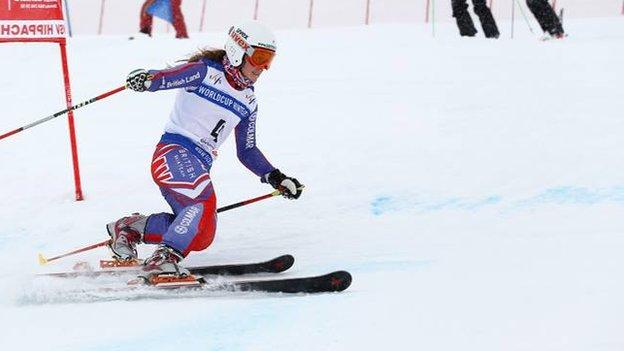 Jasmin Taylor has said she is "overwhelmed" after becoming Britain's first ever medallist at a Telemark skiing World Cup event.

The 20-year-old from Ipswich took silver in the parallel sprint in Hintertux, Austria at the weekend.

"I was totally overwhelmed and elated, it was incredible and all the hard work was worth it," she told BBC Sport.

"I hope it's the first of many, but the season has only just begun so it's very hard to judge."

In the opening World Cup meet of the campaign, Taylor lost out to the Swiss world champion Amelie Reymond in the final round of races, but secured second place and with it a historic podium position for British Telemark.

Taylor, who will return to her training base at Les Houches to prepare for the next even on 21 December, has been