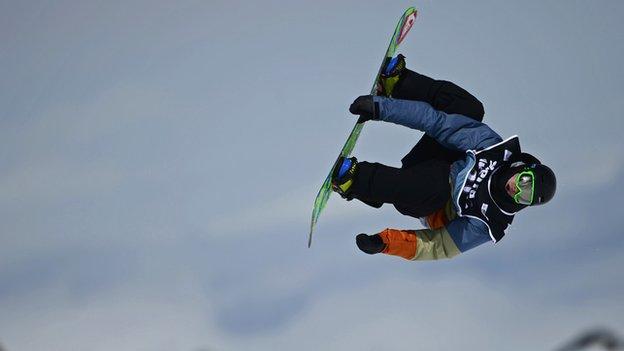 There will be an increase of £443,200 in funding for sports competing in the 2014 Winter Olympics and Paralympics in Sochi, UK Sport has announced.

Extra funding for freestyle ski and snowboarding, bobsleigh and para-alpine skiing will take the total to £14.2m.

Amy Williams in the skeleton was the only Team GB gold medallist at the 2010 Winter Olympics.

"The announcement of further funding to those winter sports with real medal chances came with a warning from the Sports Minister, Hugh Robertson, that sport is in a privileged position, having survived the government's latest spending review with its funding intact. The quid pro quo, of course, is that elite sport must deliver medals in return for the £500 million that's been guaranteed over the next 4 years. The minister also revealed that recent success in attracting major events to the UK has strengthened his hand around the negotiating table. Most big sporting events bring money into the Treasury's coffers, making it easier to argue for continuing investment."

With recent world titles for Shelley Rudman in the skeleton and the success for Scotland women's and men's curling teams in their respective world championships, there are high hopes for Olympic medals.

Snowboard slopestyle's Billy Morgan, who took bronze at this year's world cup in Sierra Nevada, said: "It's been amazing to have such a good season and I am stoked that it is having a positive effect for everyone on the freestyle snowboard team and GB freeski."

There were five medals for Britain at the Para-alpine World Championships, with Kelly Gallagher winning four and Jade Etherington, the other.

Simon Timson, director of performance at UK Sport, said: "Our winter sports are in better shape than ever before, and our latest Mission 2014 analysis confirms this.

"Sochi could even present one of our best-ever Winter Games performances, which would be a fantastic early legacy from London 2012, where the additional investment and attention given to developing our high performance system has benefited summer and winter sports alike."