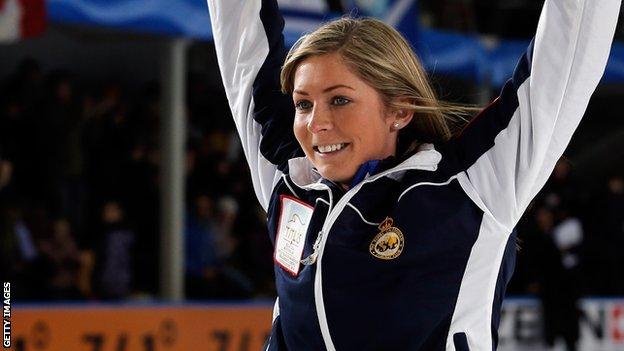 The Scottish skip defeated Sweden's Margaretha Sigfridsson 8-5 in Toronto, the same rink she beat to win the World Championship title in Riga in March.

"It caps off an unreal season for Team Muirhead."

Muirhead, whose rink won $35,500 for their triumph in Canada, added: "We've trained so hard and worked so hard, and to know it all paid off is a relief."

Earlier in the event, part of the World Curling Tour, her rink had beaten Alberta's Renee Sonnenberg in the quarter-finals and Stefanie Lawton of Saskatchewan in the semi-final.

On top of those major tournament wins,

Muirhead will now hope this run of form can continue into the Winter Olympics in Sochi next February.