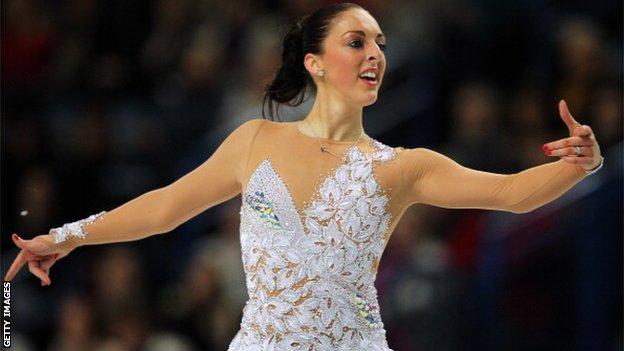 Coleraine ice skater Jenna McCorkell equalled her best ever World Championship performance as she finished 14th in Nice on Saturday.

McCorkell, who previous best at the event was 14th in 2010, again skated well in Saturday's free programme and was unfortunate to slip two places in the standings.

The 25-year-old was 12th after Thursday's short programme.

McCorkell went into the week needing to take part in a pre-qualifier.

However, the nine-times British champion impressively won the qualifier to make the event proper and went on to compete extremely well among the world's best.

The Northern Irish skater slipped to 24th in last year's World Championships and was also disappointed with her 18th place at this year's European Championships in Nottingham.

On Thursday, McCorkell did well to hold on to a triple lutz early on and went on to produce probably her best ever short programme as she scored a season's best of 50.42.

McCorkell had produced a season's best free skate score of 95.63 to head the qualifiers from the preliminary stage.

She was marginally behind that mark on Saturday as she managed 93.42 to finish 12th in the evening skate but the vagaries of the scoring system saw her dropping two places in the overall standings.

However, McCorkell was delighted with her performance which she described as her best ever "world championships".

"It's been a long week. Season's bests in both programmes. Good times," said McCorkell on Twitter.