Great Britain's women reached Friday's curling semi-finals with a 6-5 win over Canada, but the men face a tie-breaker match after defeat by the USA.

Eve Muirhead's team, who won bronze in 2014, secured two points in the final end to set up a semi-final with Sweden.

"Our goal was to book our spot in the semi-finals and we're delighted with that," the skip told BBC Sport.

However, it was a different story for counterpart Kyle Smith whose team suffered a crushing 10-4 loss.

Smith threw in the towel with two ends remaining when the USA picked up four points in the eighth end.

His team will now play Switzerland on Thursday (00:05 GMT) for a place in the last four before the women take on Sweden on Friday (11:05 GMT).

"It was a disappointing performance to be honest," Smith told BBC Sport. "Sometimes it's just not your day.

"We struggled to create anything. We got a couple of fortunate steals, but we didn't make enough of the simple shots and gave away a few simple twos and threes.

"It's almost the same situation as today - we have to win [against Switzerland.] It's how we will be approaching things."

BBC analyst Jackie Lockhart, a four-time Olympic curler, said: "There were lots of tiny, little errors and that makes a huge difference in curling. 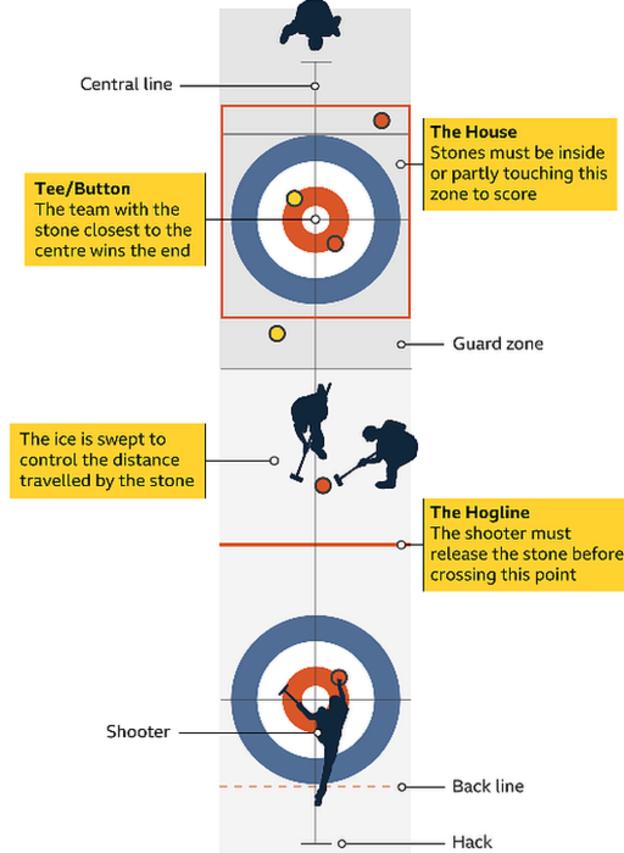 "Kyle had a few shots where he just couldn't finish it off, but every credit to the USA they played really well and they weren't going to let us back into that game, though GB tried their best."

There was a stark contrast in emotions earlier on Wednesday when Muirhead's team secured the win they needed to book their semi-finals spot.

Canada led 3-1 after the first three ends but each team registered just one score apiece over the next four.

GB managed to draw level in the eighth end before Muirhead produced a fine shot in the ninth to remove two Canadian stones and restrict them to one point.

GB then had the hammer heading into the final end and took full advantage as Canada failed to reach the semi-finals for the first time.

Our team are getting better as the week goes on and as the coach, I can't ask for anything more

"Our team are getting better as the week goes on and as the coach, I can't ask for anything more," said Glenn Howard.

"Too bad Canada were knocked out, but we've got a job to do and I'm really proud of the girls."

He added: "In the grand scheme of things, I'd probably still say that the Canadian trials are harder than the Olympics, but that being said, you've still got to come here and beat the teams, and the quality of play I've seen here is exceptional."

He told BBC Radio 5 live: "It was a great victory for the women.

"Eve Muirhead is probably better known in Canada than Great Britain. I'm very surprised Rachel Homan and Canada haven't handled things that well and find themselves out of the competition with a game to go.

"I think they'll [the women] go into the semi-final boosted that they are playing great curling."